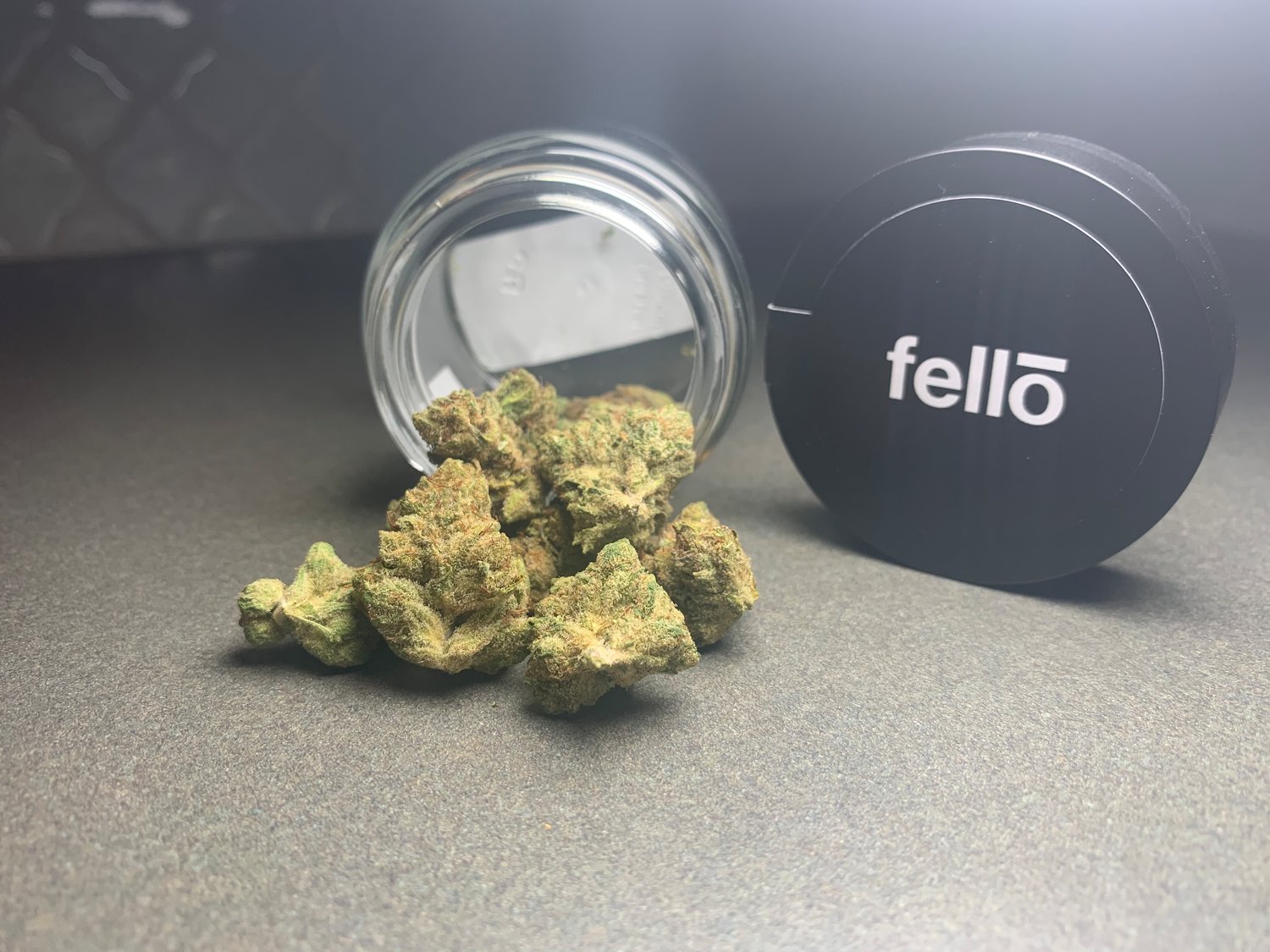 Edgewood Wellness bills itself as the biggest marijuana dispensary east of the Mississippi River. And at about 19,000 square feet, it might just be the second largest pot shop on earth. Planet 13, a store in Las Vegas, still holds the “world’s largest” title — at least for now.

Inside a former gymnasium tucked off Edgewood Boulevard near Celebration Cinema, much of Edgewood Wellness remains under renovation as its owners chart plans for an expansive new sales floor, an upstairs smoking lounge and a stoner “museum” of sorts featuring local artists.

Expect that news to be unveiled later this year. In the meantime, however, big plans haven’t stalled big progress. The southside shop became the latest dispensary in Lansing last month to be licensed for both medical and recreational sales. And the product lineup is out of this world.

Fellō Cannabis — pronounced “fellow” — is a medical and adult-use cultivator based in southwest Michigan. Its website touts a state-of-the-art indoor facility that grows “vibrant and clean” cannabis dedicated to “treating both people and plants with kindness and respect.”

This stuff easily earned itself a spot among my top five favorites strains. I love a good OG.

A cross between Face Off OG and Rare Dankness #1, the genetics behind Doc’s OG point to an indica. But with the initial energetic kick I had from this citrusy hybrid, I’m skeptical.

I made my way through most of a joint before a strong cerebral rush from the first few hits slowly creeped its way into a sort of mental spaciness that permeated its way across the rest of my body, sending me off into a giggly and slap-happy daze for most of the morning and afternoon.

This strain gets extra points for somehow destroying my tolerance barrier with only two joints, providing a long-lasting high that ultimately sent me to bed before 10 p.m. on Saturday night.

Move over Stiiizy. I’ve found a new all-time favorite brand for vaporizer cartridges: Harbor Farmz. This Kalamazoo company has been churning out some of the best concentrates in Michigan since 2017. Its lineup of live resin cartridges are no exception to their high standards.

Most local pot shops keep a large array of distillate-based vaporizer cartridges. Live resin isn’t nearly as common, in part because it’s more expensive and difficult to produce. Distillate uses trim, the cheapest and least potent part of the plant, sometimes with added terpene blends. Live resin is produced by freezing flower immediately after harvest to retain more of the character, flavors and aromatic profiles of the original strain. As a result, resin is also much more potent.

The best part about this cartridge was that it actually tasted like Stardawg — including that funky, sour and earthy punch that I’ve grown to love. Other reviews describe this strain as a mix of morning breath, a truck stop, roadkill skunk and chemicals. Oddly enough, I can totally get it.

Maybe it’s an acquired taste. Either way, just a few low-voltage tokes of this stuff tastes much more like hits straight from a dab rig than a handheld vape pen. And with the entourage effect of the terpenes, the effects were much — much — more potent than a standard distillate blend.

Kyle Kaminski is City Pulse’s managing editor and a cannabis enthusiast who has been smoking marijuana just about every day for the last decade. Almost weekly, Kaminski samples some of the best cannabis products available in Greater Lansing, gets real high and writes about them.