Chauvin verdict is a teachable moment 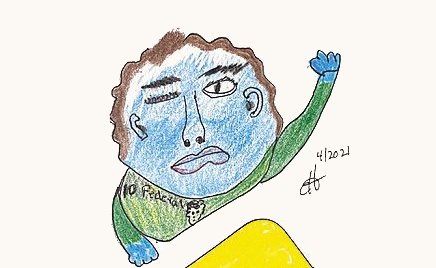 Because George Floyd condemns the American image, white Americans — and indeed the whole world — are paying attention and wanting to learn about the lives Black Americans live. America is in a teachable moment.

A teachable moment is when teachers want to teach and students need to learn. Both face something broken. The teacher knows how to fix it. The student wants to learn how to fix it. Mutuality. Give and take. Ying & yang. Two sides together. In concert.

Moreover , the teachable moment is an emergency. Not the best time to teach or learn, but at that moment something must be done.

My idea of the teachable moment comes from when I taught Writing 121 at Lansing Community College. The final was called “portfolio.” At LCC, that meant the teaching professor did not determine which of her students passed or failed. Other professors teaching different sections of the same course did that.

Students lived in terror of portfolio. I loved it, not because I am a sadist, but because submitting the portfolio was a heart-beating-hard teachable moment. It happened at the next-to-last class.

During this penultimate session, I reviewed their essays for one requirement: documentation. Documentation had to be in the text and as a list on the last page. Giving credit where credit was due, in writing, was a key learning objective. I taught documentation for half of the semester, eight tedious weeks.

It was stressful, like our situation since March 2020. COVID plus BLM.

Some students didn’t learn documentation. To help them pass the course, I reviewed their essays before they passed in their portfolio. I pointed out fatal errors.

A teacher is a trainer, like Derek Chauvin was, and he made the fatal error while his students looked on, not willing to risk correcting him.

But in class, most students paid attention to me. They were more willing to admit ignorance. More apt to use, to study up on documentation and make emergency corrections. If there was no documentation, the portfolio was a bust. Broken. And soon their course grade would be as well.

It was a teachable moment.

I used to tell my students that as long as their portfolio (which was just a folder) held the essays inside, it could sport a photo of Darth Vader on the front. It didn’t matter.

What mattered was being ready. For the teachable moment. They abound, but they don’t always work. Or turn out well.

Like in Minneapolis. Everyone lost something on the street there: George Floyd lost his life, and Derek Chauvin lost his life as he knew it. Loss happens in class as well.

Despite my lectures on how to make a plan to get work in on time, one of my African American students — I didn’t have many — never showed up to our penultimate class. He was somewhere frantically rekeying his essays for his portfolio due that day. His flash drive containing them had crashed.

When he delivered his portfolio to my office, he apologized, but then tried to recover by saying, “I do my best work under pressure.”

The pressure was definitely on; did he pass? No.

But my student learned from that failure. Later in another semester, he said he took WRIT 121 again, submitted his portfolio on time and passed the course.

God help us, Derek Chauvin will never get another chance. I can only hope that the nation’s police officers saw the teachable moment in George Floyd’s Minneapolis street murder, but with Daunte Wright’s shooting this month just 10 miles away, it doesn’t seem to be the case.

Still, public spaces can be the stage of teachable moments without violence.

I was standing in the lobby of a University of Michigan Medical Center doctor’s office waiting for my daughter. A young couple with a baby wrapped in a green blanket came nearby. I asked the gender of their child.

After they rolled away, this Baby Boomer white man, came up next to me. He said, about the baby’s gender, “You never know anymore.” He meant color was not the definitive marker it used to be.

Then he said that his daughter wanted him to return with her to the doctor’s office on Jan. 16.  He said he was retired. “What else do I have to do?”

Jan. 16 that year was the third Monday of the month, so I knew on that day I would be learning more about Black American history because, as I told him, “It is the Martin Luther King Jr. holiday.”

It sounded like his son tried to teach him about BLM, without success. Was the father and I in a teachable moment. Let’s see.

“What sort of thing?” I asked. “American history?”

He stared at me, his face turning red.  But he mustered enough courtesy to say, “You have a nice day.”

I was smiling and hoping I had tethered his retired world to reality.

As the African-American daughter of a Black Detroit police family, I have seethed with each vicious police killing, and protested painting all police officers with one brutish brush.

But, in 1929 and in the 1950s, when my grandfather, my uncle and father donned the blue, the police department was called the police “force.” I didn’t understand how true that was.

(Dedria Humphries Barker, of Lansing, chairs the Andrew and Mary Jane Humphries Foundation. She is the author of “Mother of Orphans: The True and Curious Story of Irish Alice, a Colored Man’s Widow.” Her opinion column appears on the last Wednesday of every month.)