Busted for weed? Don't worry. Michigan could have your back. 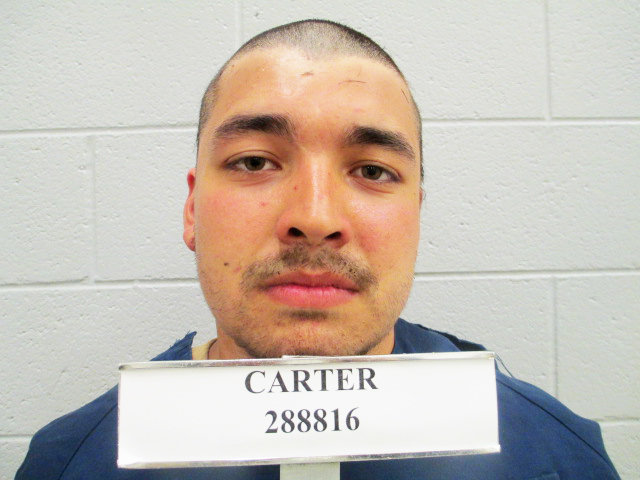 Jeff Carter last year pleaded guilty to three counts of the delivery or manufacturing of marijuana in Ingham County and was granted parole in August. Despite marijuana’s newfound legal status, he continues to face hurdles as he readjusts to everyday life as a newly registered felon. 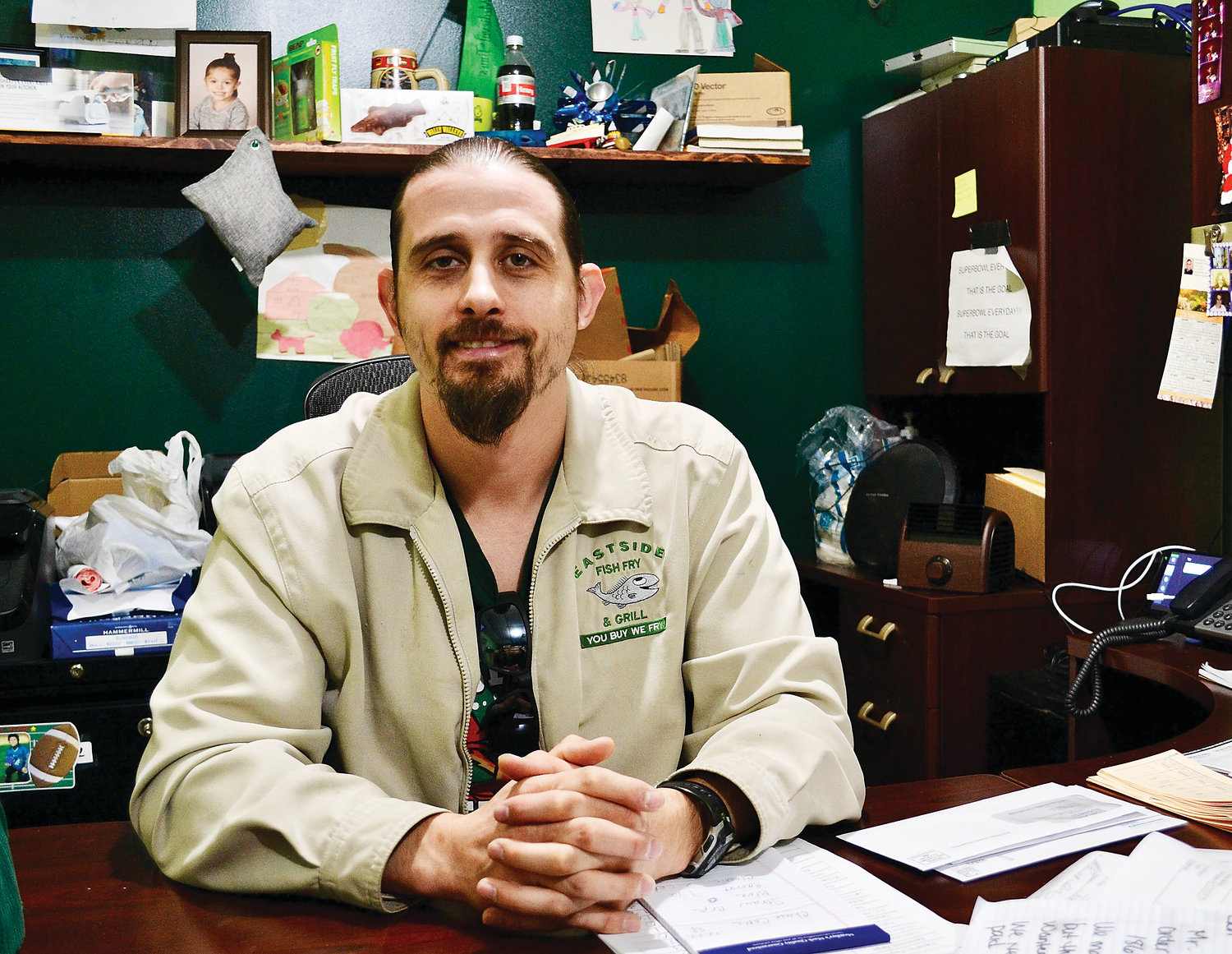 Henry Meyer, the owner of Eastside Fish Fry & Grill in Lansing, employs a staff of eighteen people. Twelve of them are registered felons. An ex-convict himself, Meyer recognizes the value of a second chance — particularly among those convicted of non-violent, marijuana-related offenses.
Previous Next
Posted Thursday, May 2, 2019 11:30 am
Kyle Kaminski

About three months after Jeff Carter was paroled from prison on felony weed dealing charges, recreational marijuana was legalized in Michigan. But the black mark across his record is still written in permanent ink.

“Finding a job? It’s pretty close to impossible,” Carter said. “Even though it’s only marijuana, a lot of places won’t hire people with felonies. The word spread around town that this local business owner was arrested for drug dealing. There was something about it in the newspaper and that was pretty much the end of it for me.”

Carter, 25, of Cadillac, last year pleaded guilty to three counts of delivering and manufacturing marijuana after he was caught selling pot in Ingham County to an undercover officer. He was released on parole last August after nearly a year behind bars —in time to see voters fully legalize his product for recreational use in November.

But despite marijuana’s newfound legal status in Michigan, Carter continues to face the consequences of his crimes. He’s still on parole. Jobs are scarce despite the economy and he still needs to pay for court-ordered therapy. He can’t move to another city. He can’t vote or possess a firearm. And he can’t see his daughter without supervision.

“I guess the idea is to make sure I’m mentally stable after spending time in prison, so I have to visit my 8-year-old daughter in this closed-down school building,” Carter added. “She doesn’t understand why, and I don’t know how to explain it to her. I don’t see why they can’t look at this and just let me be a real father again.”

Carter’s story is hardly unique. From 2010 to 2016, nearly 4 million U.S. citizens were arrested for the possession or distribution of marijuana. Michigan charted nearly 17,000 marijuana possession arrests in 2017, according to federal crime statistics. Many still remain behind bars or on probation for their now-legal crimes.

The passage of Proposal 1 has effectively stopped others from following Carter’s path. Possession charges are virtually non-existent in Ingham County. Some ongoing cases have been dropped. But lawmakers are still looking to provide some amnesty to right decades of wrongs — and to give offenders another shot at success.

Irwin and Sen. Sheldon Neeley, D-Flint, are working on a package of bills that would automatically erase criminal records of those convicted of certain marijuana-related crimes and help streamline the expungement process for the thousands who are working to move beyond missteps of the past.

“This is for anyone convicted of a non-violent marijuana crime,” Neeley explained. “These people will no longer have an albatross or a shadow of a criminal record. Right now, we’re asking people to carry around the burden of criminal convictions for things that are now legal. That’s not fair at all. We have an obligation to remedy this.”

State law allows those convicted of certain misdemeanors and felonies to seek a limited expungement of their records, usually through a lengthy application process and the help of an experienced attorney. But Irwin thinks lawmakers — especially in the era of recreationally legal marijuana — have a duty to help simplify the process.

“When these crimes occurred, there was a full prohibition,” Irwin added. “I think it’s important to give some discretion to our judicial system to allow for some relief for folks who haven’t done anything indicative of criminal behavior under today’s laws. We need to provide a second chance to obtain housing and employment.”

Proposal 1 made it legal for adults to carry up to 2.5 oz. of weed and stash up to 10 oz. back at home. Irwin said early drafts of his legislation, while still weeks from introduction, could automatically erase possession convictions for those who kept below that now-legalized threshold. But the criteria could certainly be expanded.

“It could be too cumbersome to comb through every case and figure out where we could apply an opportunity for expungement,” Neeley added. “We’re creating a recipe. It’s one recipe that we can apply to all of the cases in one broad stroke. We’re also looking at anyone who is still serving jail time for marijuana-related convictions.”

Those convicted of marijuana crimes — particularly those that rise to the felony level — often struggle to find viable employment. Banks are less willing to provide business or mortgage loans. It can block college applications and the federal financing needed to cover the tuition. Landlords also typically avoid giving leases to criminals.

And the legislative push to make life easier for marijuana convicts is gaining traction under Gov. Gretchen Whitmer’s administration. Attorney General Dana Nessel said last week that she has been working with a bipartisan workgroup to “assist and support” legislation to expand various expungement opportunities.

Whitmer’s office issued a statement Tuesday that she “does not have the legal authority to unilaterally expunge marijuana convictions, but would be open to discussing this issue with her legislative partners to ensure that residents do not bear a lifelong record for conduct that would now be legal at the state level.”

Michigan wouldn’t be the first state to tinker with its expungement process after the legalization of marijuana.

In New Jersey, legislation expected to be signed into law shortly to legalize pot would also make it easier for those convicted of the sale or possession of up to 5 lbs. of marijuana — far beyond the legal limit — to get their records expunged. In California, convictions can only be wiped clean for those who kept below the 1-ounce possession limit under the current law. Maine and Oregon have taken similar steps.

“It’s only fair when you think about it,” said Josh Hovey, spokesman for the Michigan Cannabis Industry Association. “You can’t continue to punish people and have their future impacted by records that wouldn’t be able to exist under today’s laws. At least non-violent offenders should have another chance to clear that record.”

Henry Meyer, the owner of Eastside Fish Fry & Grill in Lansing, was convicted of dealing marijuana in federal court.  State legislation wouldn’t erase those records, but he recognizes the importance of opening opportunities after people choose to leave their criminal lives behind them. That’s why 12 of his 18 employees are registered felons.

“I chose to be a criminal,” Meyer added. “Other people don’t have that option. They do what they have to do in order to get by. I want to give them that option to do something better for themselves. If they make that choice now, then that’s the fucking wrong choice to make but I want to make sure they have a chance. They deserve it.”

But not every business owner is as lenient as Meyer. And the legislation is designed to level the playing field.

“This was a grey market. Nothing compares to this. Right now, every day that goes by is basically a kick in the face for these folks. It’s not just people in jail. It’s people on probation and who are being drug tested every week for a simple possession charge. If they screw up? They could go back to jail for something this is now legal.”

Legislators haven’t seen much opposition to streamlined expungements, but Ingham County Prosecutor Carol Siemon, who supported legalization, remains on the fence about the issue. She can’t unilaterally erase records regardless but contended that some criminals — regardless of marijuana’s newfound legal status — knew they had broken the law at the time.

“Just because the law changed doesn’t void everything that came before,” Siemon added. “It was illegal. In Ingham County, it still wasn’t a big deal, but that doesn’t mean you necessarily should have that removed from your record.

“I’m looking at this case by case and I might still change my mind on this one. I don’t know yet.”

Others are taking a more liberal approach. Rick Thompson, a board member at the Michigan chapter of the National Organization for the Reform of Marijuana Laws, advocates for all marijuana-related crimes — including those that exceed the current legal possession limit — to be wiped clean from criminal records.

“Drug crimes, in particular, can be really damaging to a person’s employability, their ability to enroll in school or the military and just in their personal relationships in general,” Thompson added. “If you have a drug felony and people know that, I think you can expect to be treated differently. That’s just how it is. Expungement can help.”

Complications arise, however, when marijuana-related crimes are tied to other, more severe felonies like the possession of a firearm or other circumstantial charges. Irwin and Neeley said discussions are underway to determine exactly which convictions would be eligible for the yet-to-be-proposed expungement enhancements.

“The absolute floor of the conversation is everything that is legal now,” added Margeaux Bruner, political director for state pot association. “That should automatically be expunged without any consideration, but we’re definitely open to a much broader conversation. We need to have a much bigger conversation around this issue.”

Besides giving second chances to those with marijuana convictions, the legislative push toward expungement is also geared to remedy a racial divide. The ACLU notes that African Americans, on average, are three times as likely to face arrest for marijuana-related crimes. Expungements can help mitigate the disproportionate impact.

“Those convictions have had dire consequences for communities of color and low-income communities,” said Progress Michigan Director Lonnie Scott. “For many who will have their records expunged, this could be mean the difference between finding a job, crossing an international border and exercising their constitutional rights.”

Carter is anxious about the prospect of being able to clean up his lengthy, marijuana-focused criminal record. He hasn’t had the time — or the money — to seek expungement otherwise, he said. Besides, existing state law wouldn’t be able to erase all of his pot charges anyway. He’s counting on legislation to make his life easier.

“I haven’t even attempted to reopen my business. I have to hire an attorney that I can’t afford to fight for custody of my kid before I can even think about trying for expungement. I don’t think people realize how much this whole thing put me back, all over marijuana. That’s the craziest part for me. It just doesn’t make any sense.”