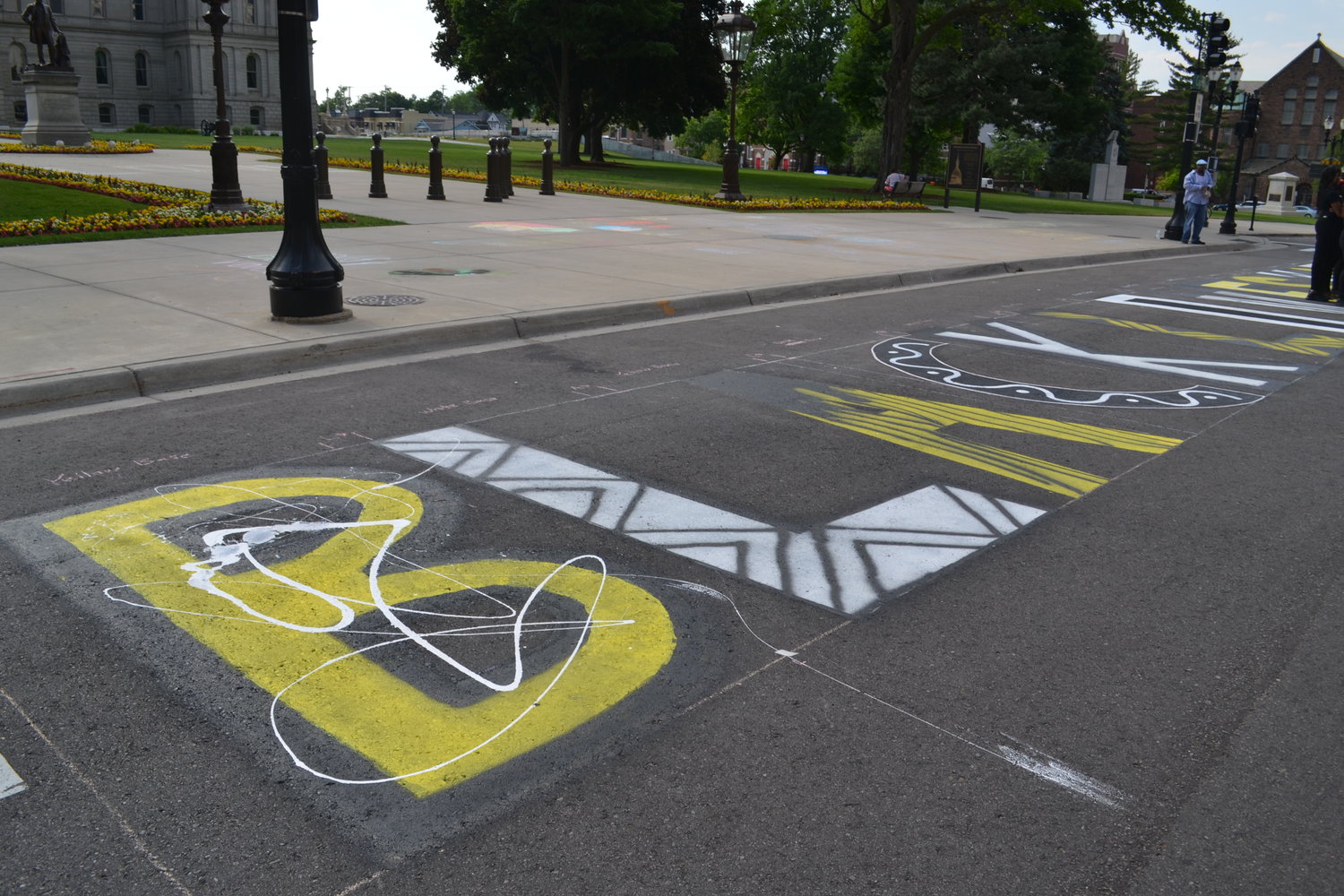 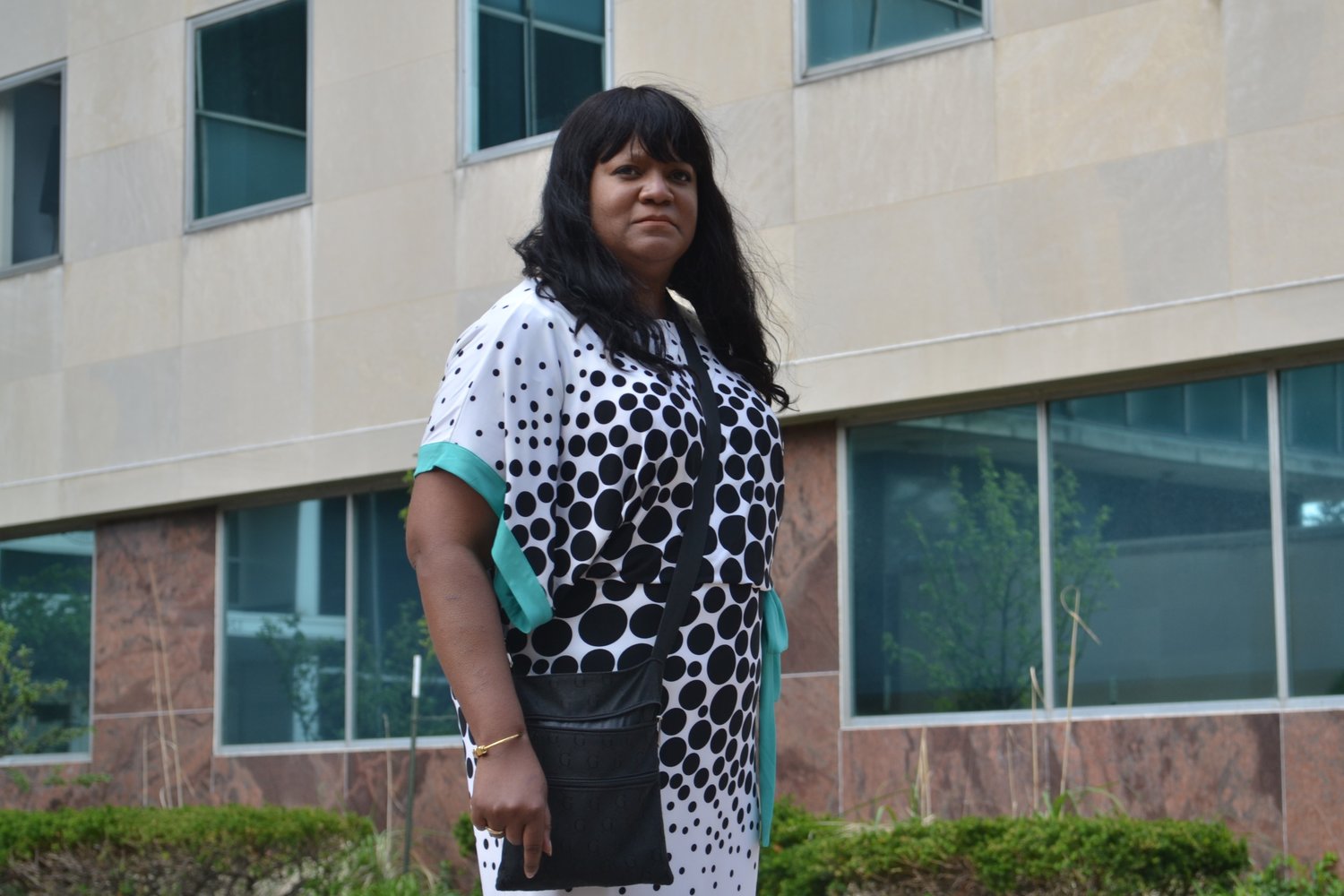 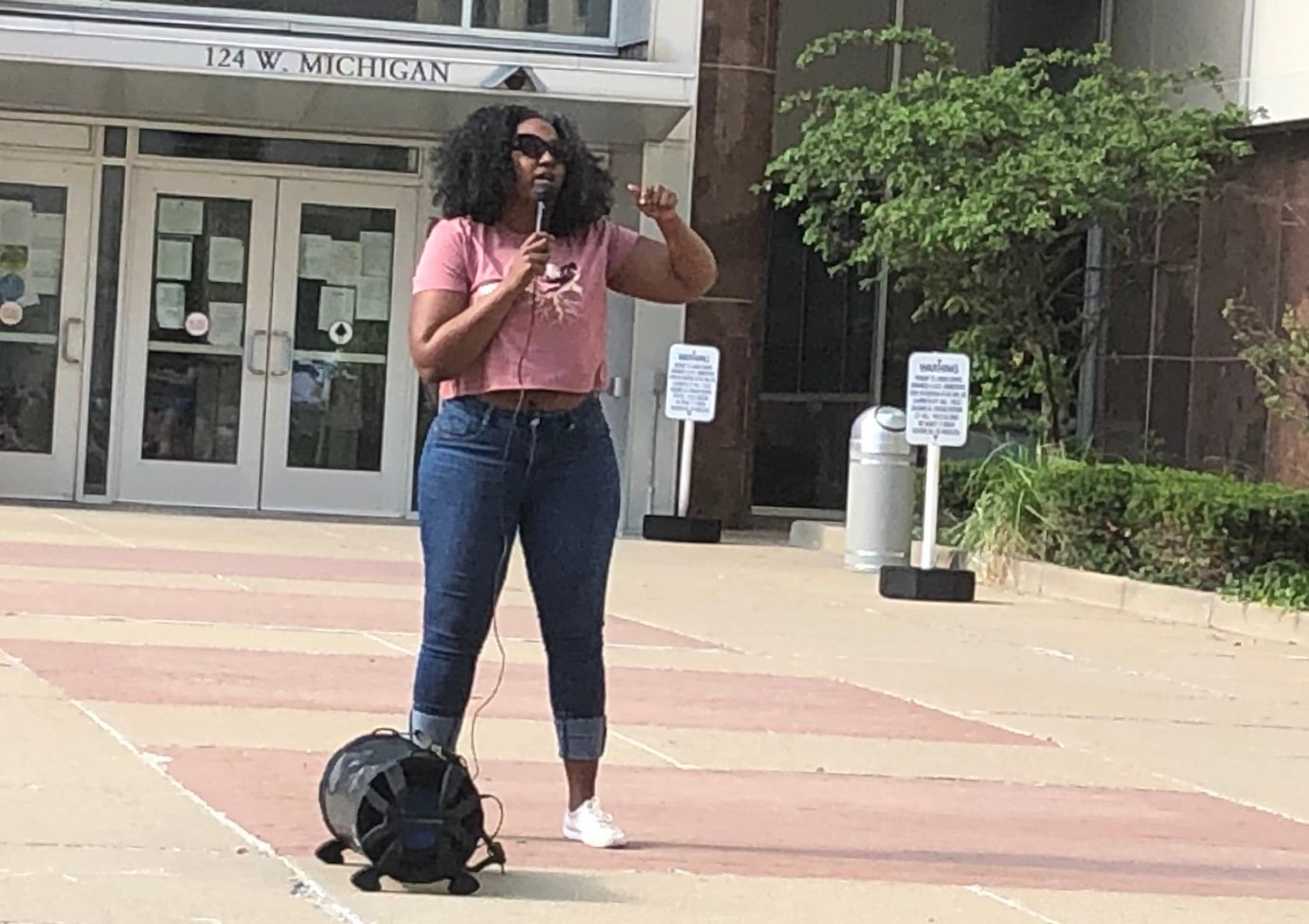 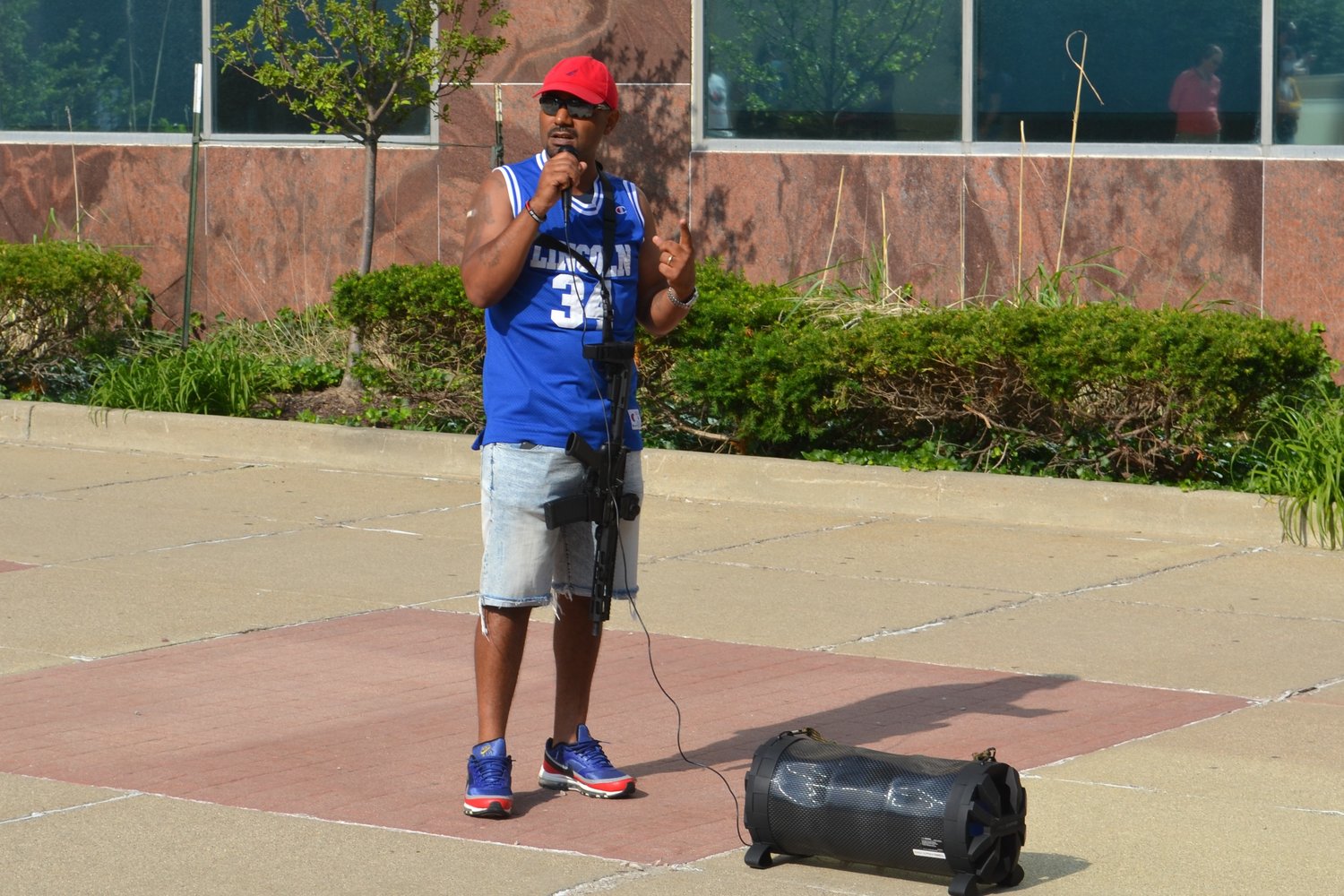 SATURDAY, June 20 — Saying that Lansing is 20% African American, the local Black Lives Matter chapter wants that percentage of the Lansing Police Department budget redirected annually to the needs of the Black community.

That was one of four demands laid out today by the group’s leader, Angela Waters Austin. She said “defunding” the police by 20% would be equal to $9.6 million a year.

Austin, a cofounder of the local chapter, apologized that Black Lives Matter has not held a protest till now.

She expressed her “love” for Paul Birdsong, who has led daily protests starting June 1.

“You deserve the right to be protected,” she said. “You own the city.”

The rally, in front of City Hall, was guarded by armed men.

No police were in sight.

Across the street, in front of the Capitol, was a freshly painted “Black Lives Matter” sign on Capitol Avenue.

Over 100 people turned out for the rally, which started shortly after 5 p.m. A number of such rallies were staged around the country to coincide with Trump’s political rally in Tulsa, Oklahoma.

Someone in the crowd shouted, “We don’t ask. We demand!”

Said Austin: “We demand the police be defunded because they have never protected black people.”

“They protect capitalism,” she added. “We can’t even have basketball rims.”

Austin also cited the anti-shutdown rally at the Capitol when armed protesters entered the Capitol, “endangering the life of Governor Whitmer.”

She accused law enforcement of protecting those protesters while tear-gassing protesters in downtown Lansing. That occurred after some protesters burned a car, broke windows and threw water bottles and other items at the police.

Another speaker, city firefighter Michael Lynn Jr., wore a protective vest and was armed as he addressed the crowd.

“Last year,” Lynn said, “I stood out here without a vest and a gun asking Andy Schor for the same things But they changed the game on us.”

A former employee in the Mayor’s Office, Natasha Atkinson, said, “When they don’t value our neighborhoods that we put our hard-earned money into … now is the time, Lansing, to decide where you stand.

“The lights are on. What happened in the dark has come to light,” she declared.

Atkinson, who is Black, was fired in February. She claims it was because of bias.

Austin announced it has scheduled a second protest, at noon June 29, at the Capitol that will be a statewide event.

Then the crowd chanted, “I believe that we will win.”