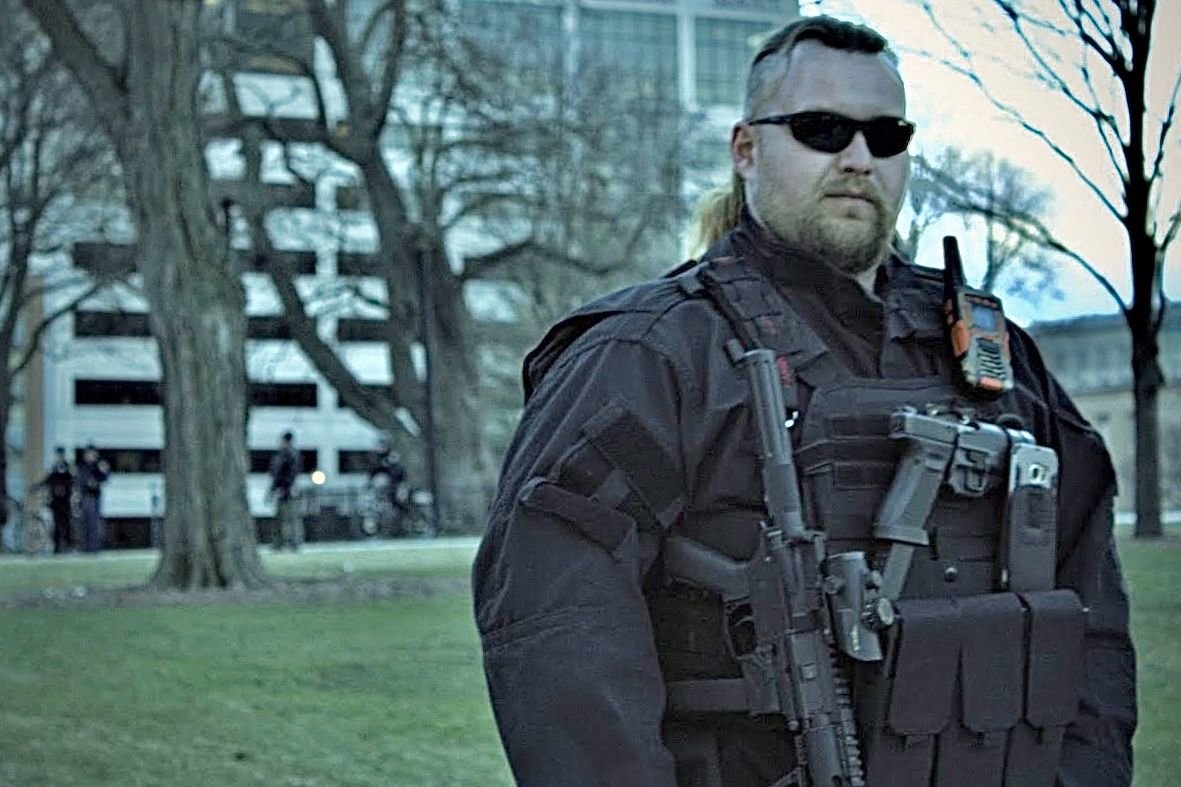 William Null, one of the alleged co-conspirators in the pilot to kidnap Gov. Gretchen Whitmer, in front of Lansing City Hall in 2017 when a measure to declare Lansing a sanctuary city was under consideration.
Courtesy 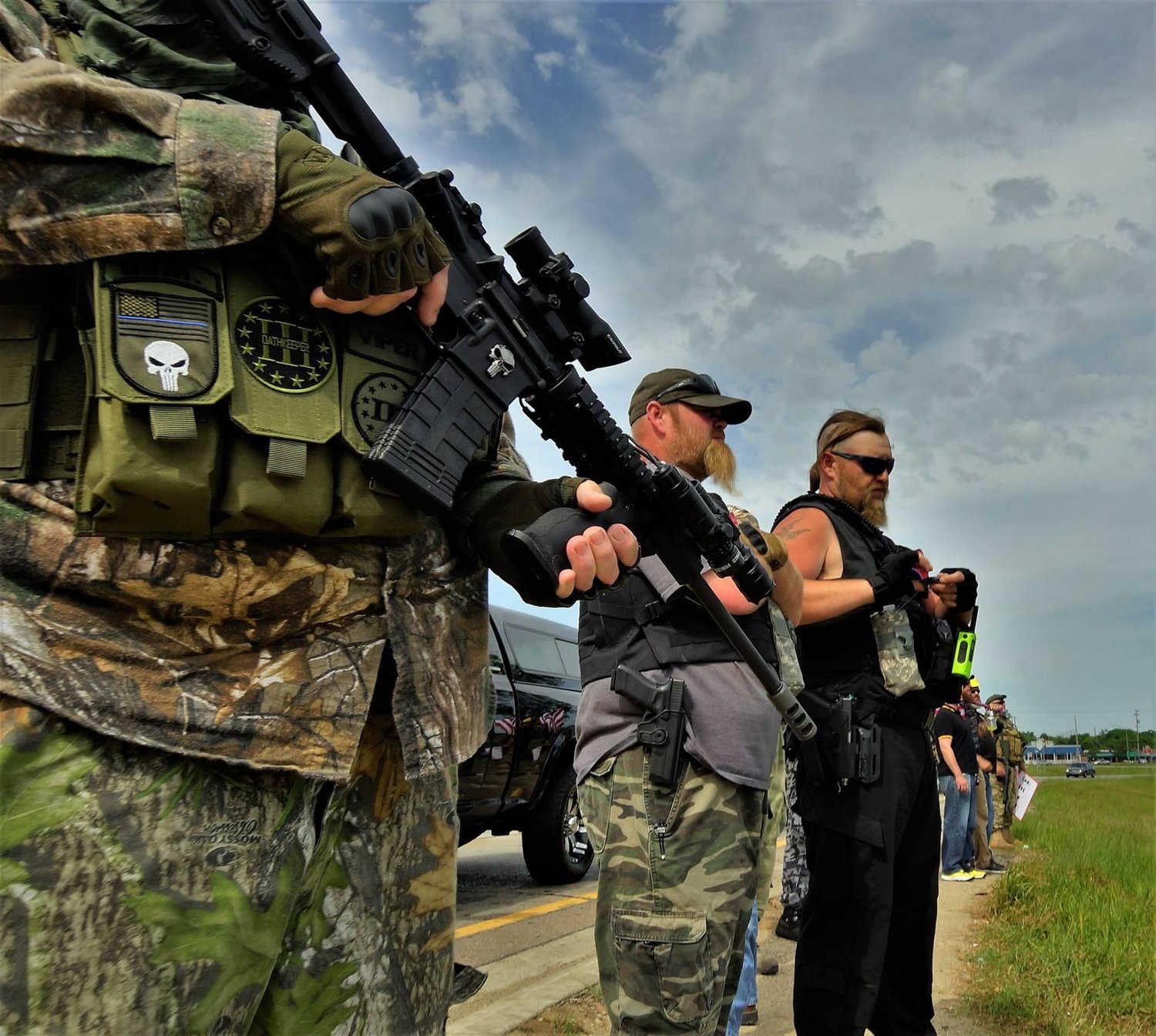 WEDNESDAY, Oct. 14 — Photos show that one of the alleged co-conspirators in the plot to kidnap Gov. Gretchen Whitmer participated in two protests in Lansing three years ago.

The photo, which were taken by a local photographer who has requested anonymity, show William Null among about two dozen men outside  City Hall in 2017 during a contentious debate on whether to declare Lansing a sanctuary city for undocumented immigrants. Photos show him dressed in military-like garb and carrying a rifle.

In June 2017, Null was also one of hundreds at an anti-Sharia law protest on Pennsylvania Avenue at I496. He was dressed similarly to his April appearance at City Hall. Both protests were tied to the Michigan Military Militia, based on various photos at many events in the Lansing area. However, court filings and allegations link them only to the unknown group Wolverine Watchmen.

Michael Lackomar, spokesman for the Southeast Michigan Volunteer Militia, said other militias refer to Phil Robinson, the commander Michigan Liberty Militia, as “one of the “Vikings,” because of their affinity for Viking names.

Null’s Facebook page, which has since been deleted by Facebook, used the name
"Ragnar Bill Null."’ Ragnar was a legendary 9th century Viking King idealized as a warrior leader.

Robinson’s Facebook page identifies him as “The Heathen” and “Warrior of Odin. Fear Not. Either peace or war.”

Mark Pitcavage, senior research fellow at the Anti-Defamation League’s Center on Extremism, said the idealization of Vikings is not uncommon within militia movements. That ideological perspective can take numerous forms, from idealizing the Viking myths, to adopting Viking-Nordic pagan worship and a twisted version of Nordic religions. Pitcavage said his organization has found no evidence the accused plotters were white supremacists.

Amy Cooter, a Vanderbilt University professor who has studied Michigan militias, said some militia members began moving toward a Nordic idealization and rejecting Christianity because the Nordic philosophy endorsed more direct action, while Christianity encouraged the turning of the other cheek.

Lansing City Councilwoman Patricia Spitzley, who was president in 2017 during the sanctuary city debates, said Tuesday the protest “was clearly meant to intimidate people. Why else do you come to the city like that?”