A stylish translation of Euripides 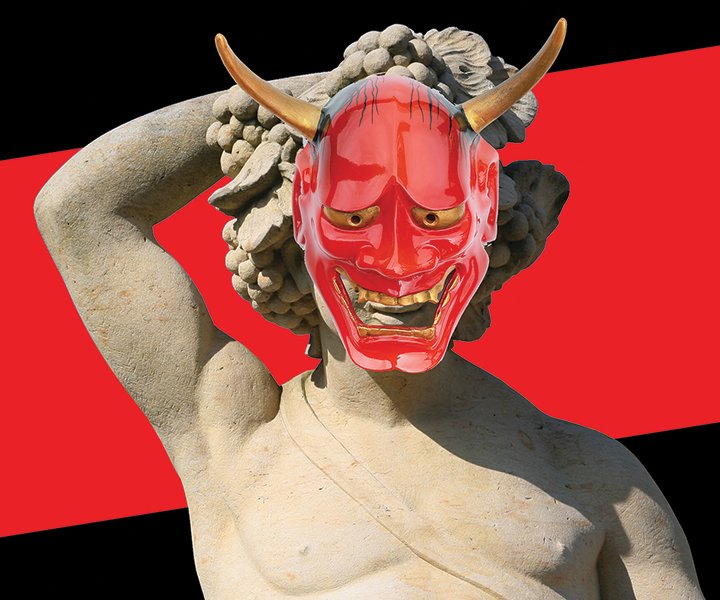 In the MSU Department of Theatre’s presentation of Euripides, we begin with the translation from ancient Greek and then combine that with elements of traditional Asian theater.

In the hands of a less artful director, this could result in a souvlaki chop suey.With the contextual assistance of scenic designer Meredith Wagner, whose artistically designed panels are reminiscent of a quiet, meditative Japanese art museum, and the musical score of sound designer Griffin Irish; guest director David Furumoto gives us a taste of theatrical fusion. Under Furumoto’s direction, individual actors are driven to each give unique, highly stylized performances. Chief among these is DJ Shafer in his final performance as a student at MSU. In his featured role as Second Messenger, he steals the show with a spirited dance-eulogy-monologue that is crisp, dynamic and fully captures the Asian influence. A jaw-dropping performance. In a parallel spirit, Abbie Cathcart as Agave and Tino Gilmore as Pentheus are less energetic physically, but equally sharp and none the less dramatic.

Cathcart in particular articulates a gruesome narrative of the beheading of Pentheus — then, discovering that he is her son — she is torn apart in grief. Movements of the Asian Greek chorus were a bit less successful. Dancing was not tight, nor did the muddy projection of chorus voices measure up to those of individual performers.An exception to the dance limitations was during the dismembering of Pentheus, which happened on stage outside the view of the audience. Dancers swirled with flags and ribbons around a stage trap door covering up the chop-chop action while the body of Pentheus disappeared. Well done. Jay Gooden as Dionysus was frustratingly indistinct. As the god of wine, it was as if he was slurping just a tad too much of the sauce.

Those of us who listened carefully caught the drift of intent in this production—the notion that a cruel male leader who ignored the implorations of women likely would reap a whirlwind of reparation.