A slice of history of Lansing’s Black-owned businesses 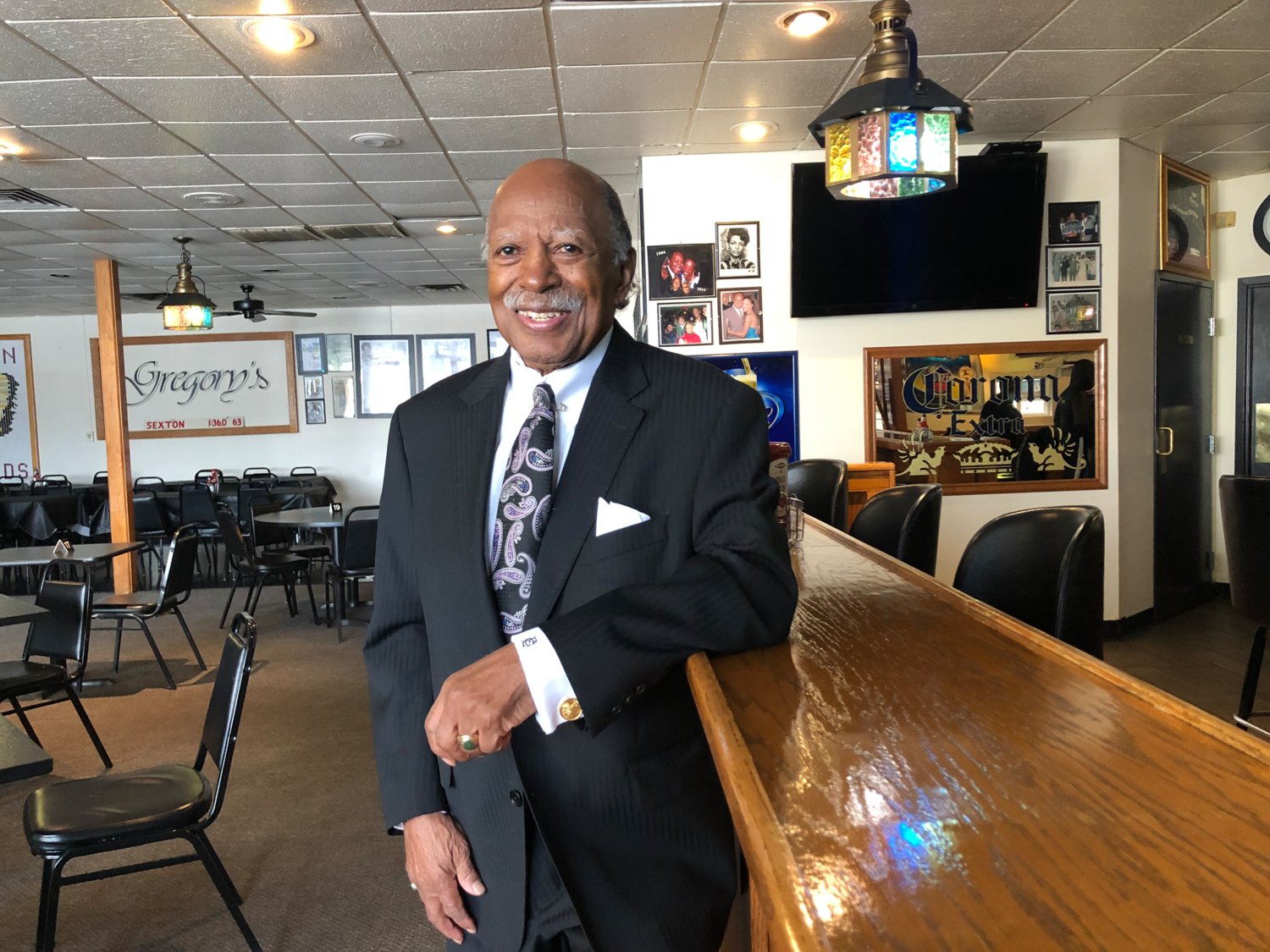 When Orabe “Ora” Fuller and her husband opened Shanora’s Beauty and Barber supplies nearly 40 years ago, it was the first such shop specifically for Black men and women in the Lansing area.

“There was a need for Black businesses during that time,” Fuller said. “We could only find Black products in stores every now and then.”

Back then, it was difficult to find lipsticks and hosiery that matched her skin tone as a Black woman. “We could only find nude, and nude wasn’t our color.”

When she could find these products, they were expensive. Fuller was able to find a hosiery supplier in Chicago for her store, where she could sell the products cheaper. Shanora’s carried anything from haircare products to clothes for Black men and women.

Though the shop on Saginaw Street is no longer in business, it can be recognized by the colorful mural painted on the outside wall, showcasing notable Black figures throughout history.

Before Shanora’s there was the Garage, in Downtown Lansing. When Gregory Eaton opened up his restaurant more than 50 years ago, he said that the area could use a Black-owned restaurant to appeal to the growing Black population in Lansing.

“I thought it was time for a Black restaurant,” Eaton, 82, said. “It’s a place for African Americans to have as a place of their own, but everyone’s welcome.”

The Garage was in the basement level of a parking ramp at 316 S. Capitol Ave. It saw instant success, no doubt helped by being the first African American-owned restaurant in Lansing to be granted a liquor license.

The restaurant wasn’t his first business. He founded Greg’s Janitorial Service 62 years ago. Eaton cleaned offices in his hometown of Lansing, and he didn’t have any Black clients. He also went on to be the first African American multi-client lobbyist in the state.

Twenty-five years ago, Eaton lost his lease for the Garage, so he took a risk and  opened Gregory’s Soul Food, at Martin Luther King Jr. Boulevard and Grand River Avenue on the north side. He feared customers wouldn’t travel there, but they did. Now it’s a Lansing mainstay.

Eaton says Gregory’s has been closed for dine-in services because he can’t get employees as a result of the pandemic. The restaurant recently installed a to-go window for patrons to use when picking up their food. Though the lack of employees has hurt Gregory’s, it hasn’t hurt Eaton’s spirit.

During the pandemic, Dr. Alane Laws-Barker knew that Black businesses would be suffering more than others. With the help of her daughter, she started the nonprofit Melanated Business Alliance in April 2020. Formerly called the Black Business Alliance of Greater Lansing, its initial goal was to alleviate the stress that Black businesses were under during the beginning of the pandemic.

On her journey to becoming an obstetrician-gynecologist, Laws-Barker said she gained a love for entrepreneurship through odd jobs like doll sculpting. She earned a master’s degree in business administration, which she has used to continue aiding Black businesses in the area.

“I had a few smaller businesses that helped fund my way through college,” she said. “I knew what it was like trying to run your own business to gain a better future.”

Before founding the alliance, Laws-Barker was involved in the Lansing Black Chamber of Commerce, which aimed to help Black businesses gain information about how to run and develop. She says the organization eventually went on to a “more national focus.”

“A lot of times, the problem with Black and brown businesses that belong to people in underserved communities is that they just need a little support and understanding of what’s expected of them when it comes to applications,” she said.

She hopes that the Melanated Business Alliance will “educate and empower” businesses so that they can be sustainable within the community.

“There are so many Black-owned businesses in the Greater Lansing area that have services and products that are high quality, and they are ready to serve the community,” Laws-Barker said. “When you buy local, you know your dollar is recirculating in the community. It creates jobs, it creates opportunities and it’s better for everyone.”

Businesses like the African-inspired restaurant Tatse, which had its grand opening on Friday (Feb. 11) at 221. S. Washington Square, hope to prosper as Laws-Barker described.

When Taiwo Adeleye, 36, first opened up Tatse last summer, he was operating it as a ghost kitchen at the Allen Neighborhood Center. He took his creations to farmers markets.

“I wanted more,” he said. “I wanted a place where people could sit and enjoy the food.”

Adeleye is from Nigeria, where he grew up learning about food and cooking from his grandmother. He felt that African food was hard to come by when he came to the United States. Menu items will be inspired by his African roots, and made with locally sourced, fresh ingredients.

With his new restaurant, Adeleye wants to bring the culture of Africa to Lansing. Tatse will be in the same space as Alobosa, an African bar also owned by Adeleye. He has planned for AfroBeat night on Fridays and salsa music on Sundays.

“We want to enrich Lansing in the area of culture, fashion, lifestyle and food,” he said. “When I give something to someone, I want it to be an extension of what I am.”