A conversation with Gov. Gretchen Whitmer

‘Grit our teeth and do the work’ 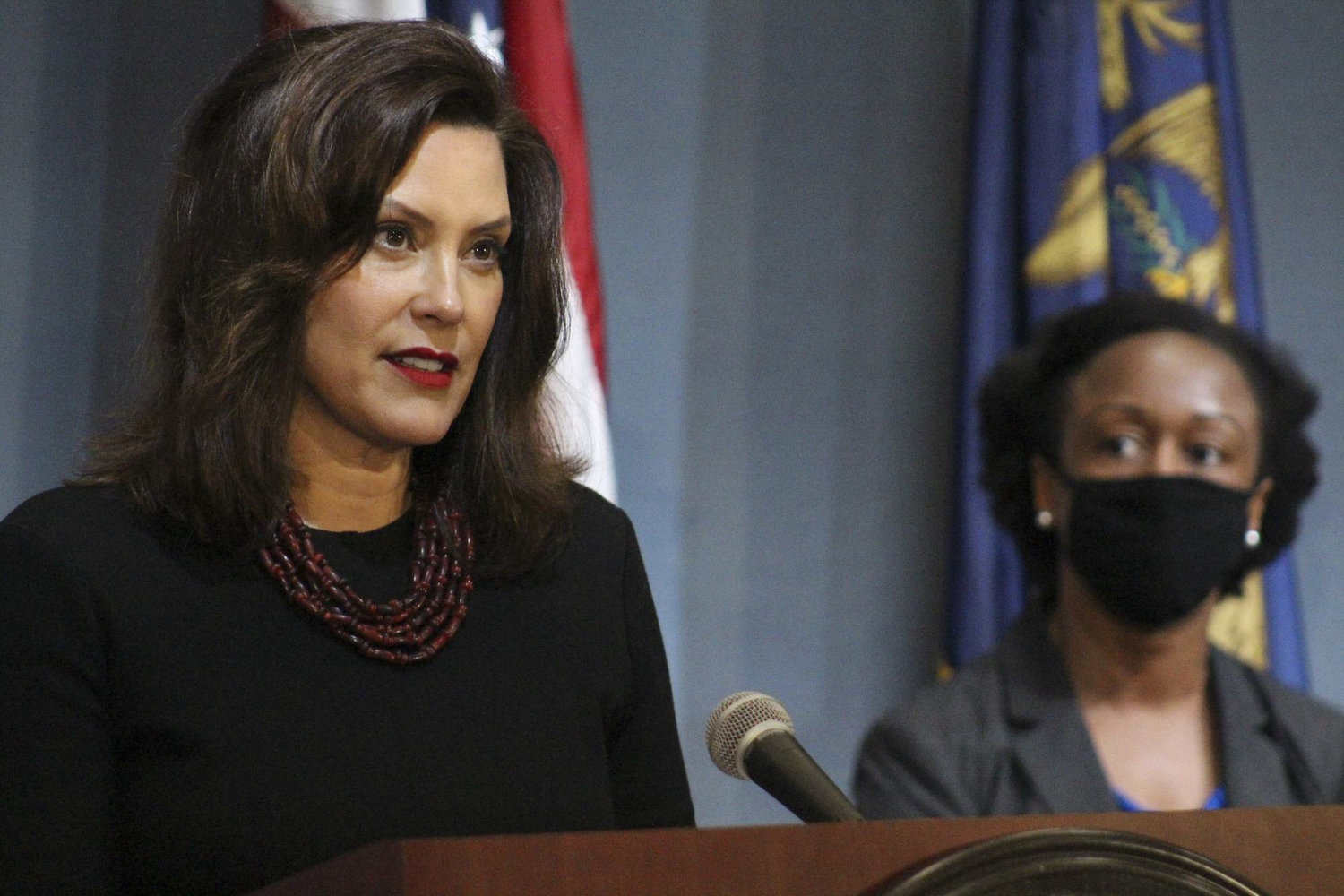 Gov. Gretchen Whitmer announced the first two cases of COVID-19 in Michigan on March 10, 2020. And over the last year, state officials have tracked nearly 600,000 more cases and attributed more than 15,000 deaths to the virus. Whitmer sat down for an interview this week — almost exactly one year after the first two cases of the virus were diagnosed — to look back (and forward) on the pandemic.

City Pulse: Let’s start at the beginning. What was going through your mind on March 10, 2020?

Whitmer: We knew that it was a matter of time. When the call came in, I was watching the primary election returns and it was like everything just fell by the way. We went right into crisis management mode and, frankly, were there for a long time — much longer than anyone anticipated. I had that sinking feeling in my gut like, "This is the beginning. Of what? We don't know, but we have got to harness everything we can do to get through this."

CP: Did you ever personally see what was going on in those overwhelmed hospitals in Detroit?

Whitmer: (She indicated no.) I think this has been one of the most challenging things: I want to go right to where the problem is and give comfort to those that are suffering, give support to those who are working. Because of how little PPE we had, I didn't want to waste any on me going and then become a distraction in these overwhelmed hospitals. It's much better to be there in person, but I was grateful that we had this technology so I can still look into people's eyes and understand and ask questions and be there to answer questions and do that. It just was not advisable.

CP: Have you lost anybody to this pandemic?

Whitmer: I've lost a number of people. Morris Hood was a very dear friend of mine, a former state senator. There's a man named Greg Anderson, who my family has known for a long, long time; Isaac Robinson and Benny Napoleon, just to name four off the top of my head.

CP: Has that changed the way you see and experience these statistics on rising caseloads?

Whitmer: Absolutely. I've talked to a lot of frontline workers and families who have lost loved ones. To hear someone else's excruciating story also puts a finer point on what's really at stake. I know there are many who have not been touched by COVID-19 and therefore, I think, struggle to really empathize with the incredibly awful toll that this virus has taken on so many. And I think that's one of our challenges: When we see the numbers, it's hard to get your head around what that means. We have got 15,600 Michiganders who have died from COVID-19.

CP: You have experienced backlash and protests over your executive orders. There was also this alleged plot to kidnap and kill you. How do you think those events impacted you personally?

Whitmer: The backlash to measures that are informed by science and necessary to protect human life, a backlash to that that comes in the form of death threats against me and those close to me, it's awful and it's ugly and it's disturbing. Yet in this moment, I don't have time to waste energy on it because I've got so much work to do here. I think it was breathtaking in one regard and yet, a moment that I had to push aside so that we could stay doing what we needed to do to get our state through this tough time.

CP: Was it a distraction?

Whitmer: Yes. I think that the politics that have surrounded this public health crisis created so much animosity and distress and mistrust that it's going to continue to undermine our efforts to get past this moment. I think that's what is so frustrating, because if we all would recognize the science and rally against our common enemy, we'd get through it faster and with a lot less pain.

CP: There are still reports of seniors waiting for their vaccine. How do you feel, knowing that we have this light at the end of the tunnel, so to speak, but don't have enough of it to get out there?

Whitmer: It's frustrating for everyone. The last administration told the world we would have 300,000 vaccines in our first week in Michigan. They created this expectation that they were never intent on, or capable of, fulfilling. Ultimately, we got 20% of what they promised us, which means we were not able to meet the expectations of the public. So while people are frustrated, I know that within the next month, month and a half, we will have more and more vaccines. This will be a frustrating moment that we will get past because everyone who wants a vaccine is going to be able to get one in the next couple of months. We're going to continue to grit our teeth and do the work knowing that we're headed in the right direction.

CP: Is there any one point that you specifically recall as being particularly overwhelming?

Whitmer: I think there have been a couple of isolated moments where it has been really hard: When the dams first collapsed and we were also evacuating 10,000 people in the middle of a pandemic. I think Benny's death hit me real hard. We were getting so close to vaccines and the rollouts and when he passed, that was hard.

CP: What do you think will be the lasting legacy of this past year?

Whitmer: What happens in the next couple of months is going to decide how well we actually rebound. As we come out of this, I know I'm going to continue trying to engage in dialogue with people who don't automatically see the world the same way as me. I want to learn from them. I also want to be able to show them what we did — why it was the right thing to do and why it made a difference. I think coming out of this, we're also going to be re-evaluating our investments in local public health. I hope that we have learned our lesson, that depriving those resources over long periods of time made it harder for us to rise to this challenge.

CP: Were you surprised to see some of the racial disparities that we’ve seen in this pandemic?

Whitmer: Having Dr. Joneigh Khaldun, figuratively, by my side every step of the way has been really important. As a African-American ER doctor, she was one of the first people to see the demographic data and say, "We have got to get this out there." She and the lieutenant governor, the co-chairman of the Health Disparity Task Force, which has informed a lot of our work. It was crucial that we take it head on and it saved a lot of lives. I'm proud of that work. I credit Dr. J.

CP: But did you find it shocking?

Whitmer: Yeah. With 14% of our population at 40% of fatalities, that is shocking. I know early on, we were really trying to understand: Why is this virus having this impact? There are a lot of reasons for it, but recognizing it was shocking. Frankly, all the work we have done has made much more equitable outcomes, but we have got lots more work to do.