Famed comedian partners with Detroit cannabis brand to ‘save the world’ 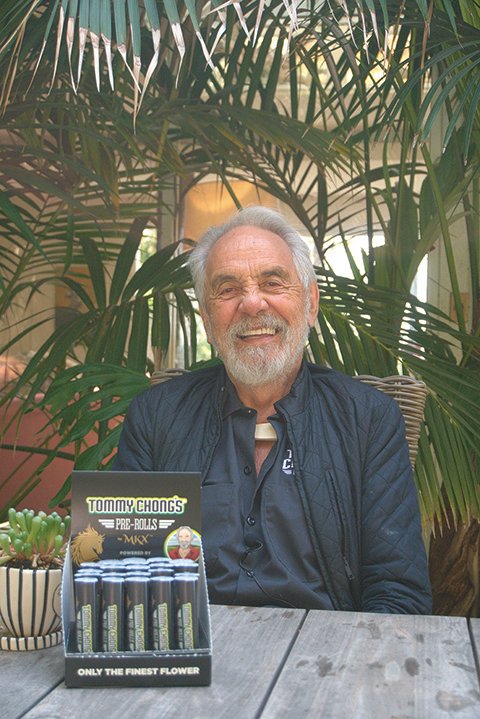 A new line of prerolled joints is hitting the shelves at pot shops across Michigan this week featuring the name of one of the founding fathers of American cannabis culture: Tommy Chong.

Dispensaries in Greater Lansing will have to wait until later summer, but customers can head to several dozen pot shops elsewhere across Michigan beginning this week to purchase 12 new strains released in collaboration with Chong and the Detroit-based cannabis brand MKX Oil Co.

“I’m the worst judge when it comes to this,” he told me. “I like everything. It’s so hard to pick a favorite with cannabis. I haven’t found my favorite yet, but I’m sure having fun testing them all.”

Chong is perhaps best known for his marijuana-themed flicks with fellow comedian Cheech Marin, including “Up in Smoke” and “Nice Dreams.” Over the years, he has also been an actor, writer, director, musician and cannabis activist. His latest mission: “Save the world” with weed.

“The pandemic brought out the fact that we’re essential. We’re medicine,” Chong said.

He added: “We’re doing pretty good considering I went to prison for selling a bong and now you can go to stores across the nation and buy bongs — and the cannabis that goes in the bongs. Even though we’re locked down, we can still go into stores and buy Tommy Chong pre-rolls.”

This news is so fresh that I haven’t even been able to get my hands on any samples. Company officials said the next batch is headed toward the Capital City. In the meantime, Chong offered a message to stoners across Greater Lansing on Monday afternoon: “Smoke up, relax and wait.”

Chong said his latest expansion — his first foray into Michigan’s cannabis market — is all part of his quest to “save the world” with pot, one pre-rolled joint at a time. Though he went through phases of using pipes and bongs, he said he mainly smokes joints nowadays. His latest advice? For a smoother and cooler temperature smoke, stuff the joint into a hollow piece of bamboo.

“Eventually, it’ll be federally legal and then the rest of the world, but America better hurry up,” Chong added.

MKX Oil Co. launched in Detroit in 2017 and bills itself as a “patient-over-profit” company focused on producing the cleanest, high-potency cannabis products with care and integrity. Products include flower, vape cartridges, gummies, chocolate and THC-infused toothpicks.

Chong said he plans to use the profits to purchase an 800-acre farm once owned by automotive titan Henry Ford, where he supposedly developed a car fueled by hemp and other biomaterials.

“When we sell enough prerolls, I’m going to go buy it,” Chong joked.

Kyle Kaminski is City Pulse’ managing editor and a cannabis enthusiast who has been smoking marijuana just about every day for the last decade. Almost weekly, Kaminski samples some of the best cannabis products available in Greater Lansing, gets real high and writes about them.

Battle of the subscription boxes