Request for Proposals looks to ‘optimize’ public infrastructure in Lansing 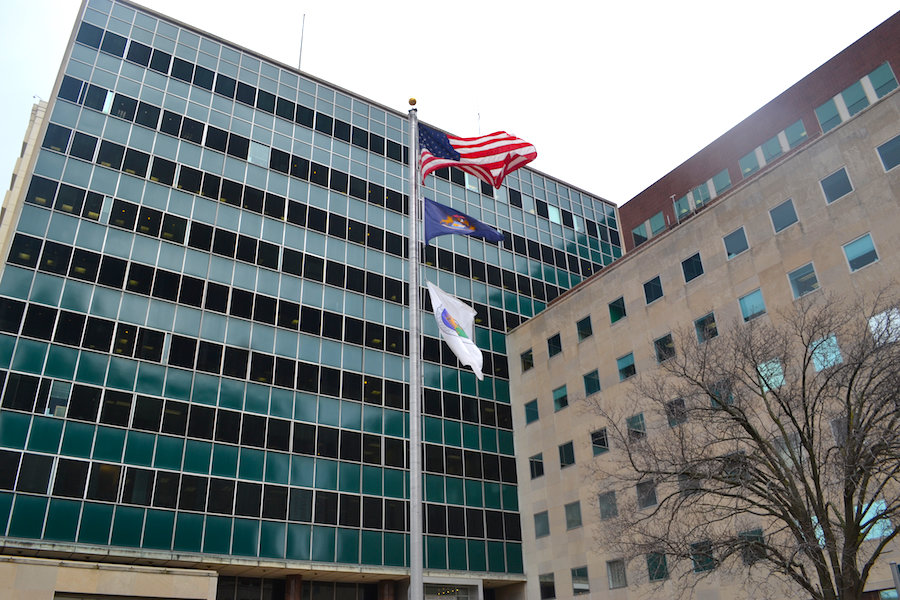 THURSDAY, Jan. 14 — Lansing Mayor Andy Schor is rebooting plans to relocate or reconstruct City Hall, including the possibility of moving forward without a lockup for the Police Department.

A broad “Request for Qualifications and Proposals” released by Schor’s office today seeks to contract with a “development professional” to help with proposals to renovate, relocate or reconstruct City Hall — including a new plan for the courts, police facilities and the lock-up.

“There are a number of large-scale projects that my team and I have been working on since I took office,” Schor said in a press release. “A new City Hall will better serve residents along with the relocation of courts, what to do with our detention center, a modern and efficient police station, a performing arts center and others are important infrastructure needs in Lansing.”

The City Hall building regularly siphons a half-million dollars annually in maintenance costs alone, city officials told City Pulse. Former Mayor Virg Bernero launched plans in 2017 to offload the aging site into the hands of a developer and to relocate the city’s offices to another, more cost-efficient location elsewhere downtown. Those plans, so far, have only stalled under Schor.

In 2018, Schor tapped the brakes on a prior plan to have the building developed into a restaurant and hotel until he could find a concrete place to relocate, consolidate or eliminate the district court and police lockup that also share the downtown space with the city’s offices.

The biggest barrier: Financing the plans.

“That plan did not address the courts and lock-up. We looked and we couldn’t afford it,” Schor explained. “I’d love to get out of the lock-up business. We know there’s a need for this, it’s just about pulling it all together and finding one entity, a master developer, that can help finance it.”

In recent months, calls to close that basement Police Department lock-up altogether have resurfaced. Bernero and Councilman Brandon Betz, among many others, have called for the city to shut the facility down after an inmate, Anthony Hulon, was killed by officers inside in April.

Schor previously suggested that inmates could be outsourced to Ingham County’s jail in Mason, but recognizes that could also require more officers and carry additional transportation costs. In the meantime, the latest request for proposals is designed to bring new ideas to the table.

In November, Schor told City Pulse that he was “actively looking at options” — including a unified facility with Ingham County that could see the city’s lock-up shut down entirely.

“Maybe we can bring it all together under one entity and one plan,” Schor explained.

The request also seeks guidance on the relocation or reconstruction of the Lansing Center, which has struggled to stay profitable amid virus-related event cancelations, as well as the development of one or more hotels, a performing arts center and a new “downtown arena district,” which Schor describes as a new “entertainment district'' similar to the Stadium District.

The Lansing Economic and Public Facilities Authority sought City Council allowance this week to transfer funds from Groesbeck Golf Course to the Lansing Center, helping keep the convention center in the black. Schor’s requested proposals could see it relocated or renovated.

Bob Trezise Jr. in 2018 pointed to at least a half-dozen developers who were then considering plans for more downtown hotels “in a serious way. Schor said the long list of development ideas could culminate into one, massive facility that houses all of them. Or, it could be totally separate.

“Is it one site or two? Three? We don’t know. We’ll see what proposals we get,” Schor added.

The request, which was approved by the Lansing Building Authority on Tuesday morning, seeks to contract with “developers who are interested in transforming key properties in the city” for up to four years, Schor said in a statement announcing the conceptual plans earlier this afternoon.

City officials will accept proposals through 5 p.m. on Feb. 15. According to the request, the selected developer will enter into a “professional services agreement” to which could also provide advice and assistance with soliciting development proposals for the following projects:

Proposals should be prepared simply or economically, providing a straightforward, concise description of each concept. “Fancy bindings, colored displays and other promotional materials” will not be given preference over other submissions, according to the request for proposals.

The consulting contract will also be for at least one year, with the option for four separate one-year extensions. Expected costs were not listed in the request, but payments would be made monthly to the selected development professional based on the anticipated workload.