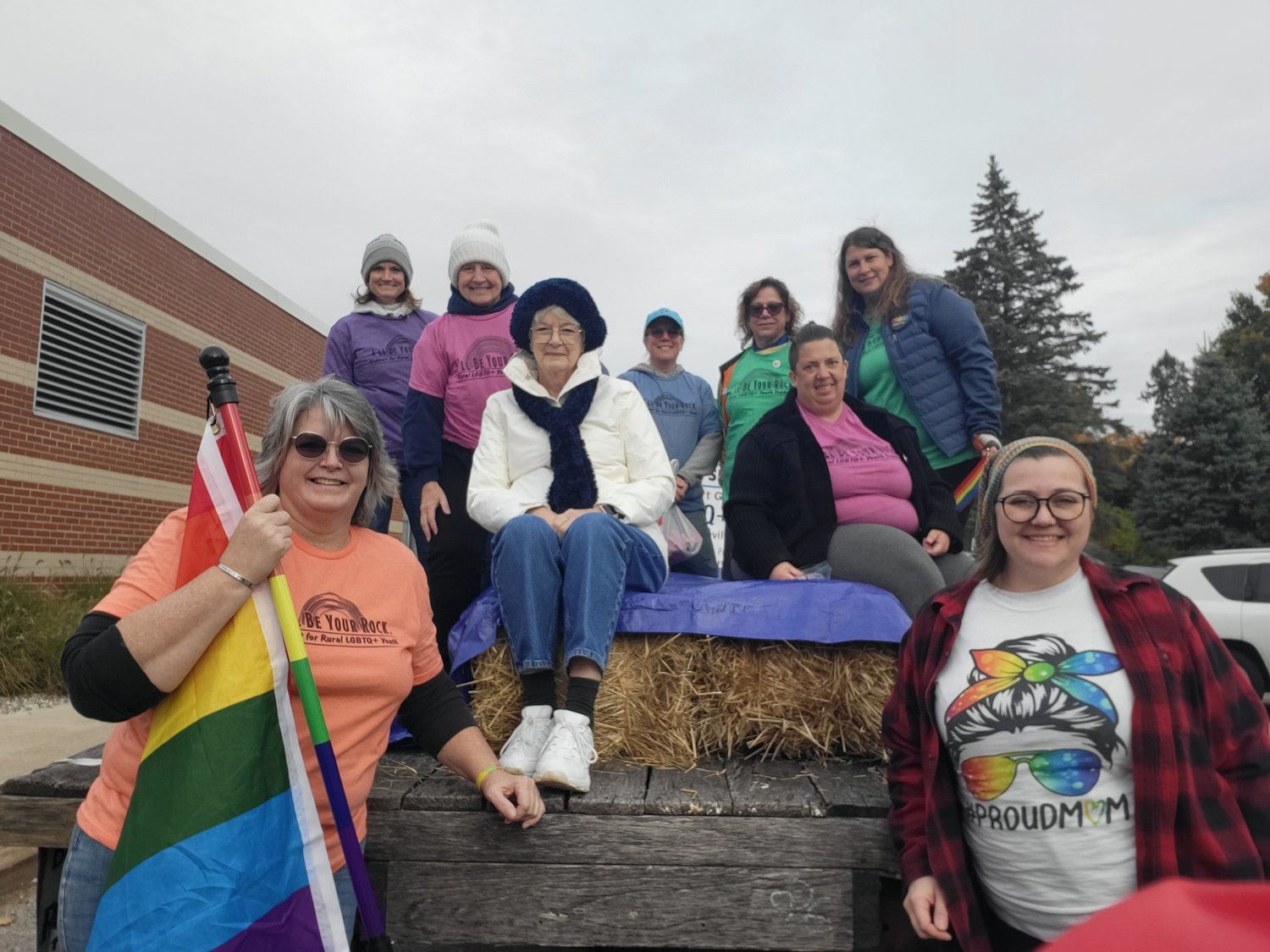 Christine Terpening (left), president of I’ll Be Your Rock, and Vice President Kallie Strouse, pose with the rest of the adults who rode on the organization’s float in the Maple Valley School District’s homecoming parade Friday (Oct. 14).
Courtesy photo: Kallie Strouse 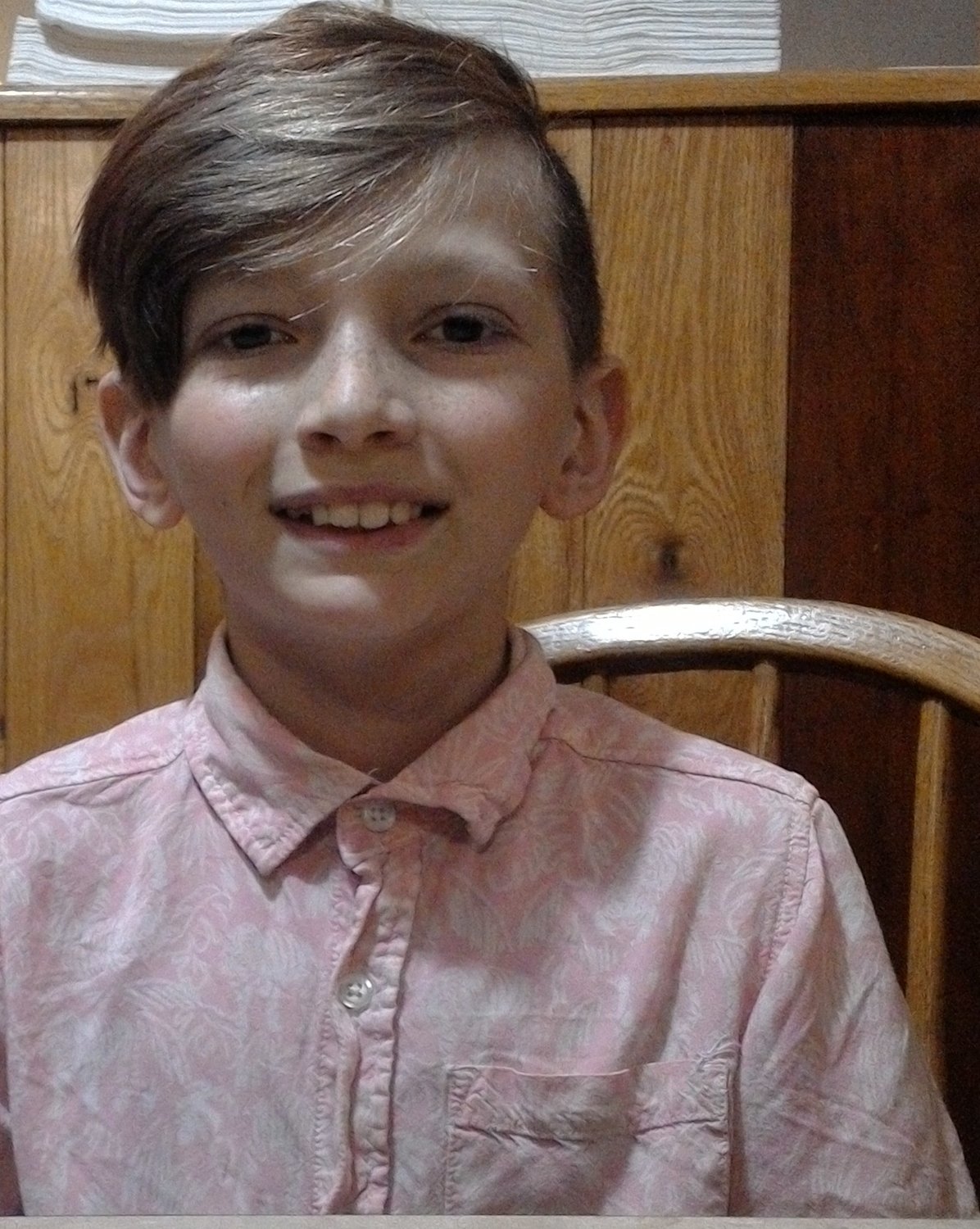 It was high school homecoming in Vermontville. An autumn chill settled into downtown as a parade of fire trucks, pickups and tractors rumbled down the eight-block parade route. Children and adults lined the sides of the road, showered in candy tossed by people on the various entries.

There was the homecoming court, the king and queen, the princes and princesses.

At the very end of the parade was a hay wagon festooned in rainbow flags and a banner identifying the parade entry as coming from the nonprofit I’ll Be Your Rock.

Board President Christine Terpening and Vice President Kallie Strouse sat at the head of the wagon. Terpening was holding a rainbow flag with the seal of the State of Michigan on it. Strouse was tossing mini-bags of Skittles. Everyone on the float was on high alert.

“I originally said no one was going to ride the float,” said Terpening. “We had credible threats of violence against us, and I was not going to put anyone in harm’s way.” 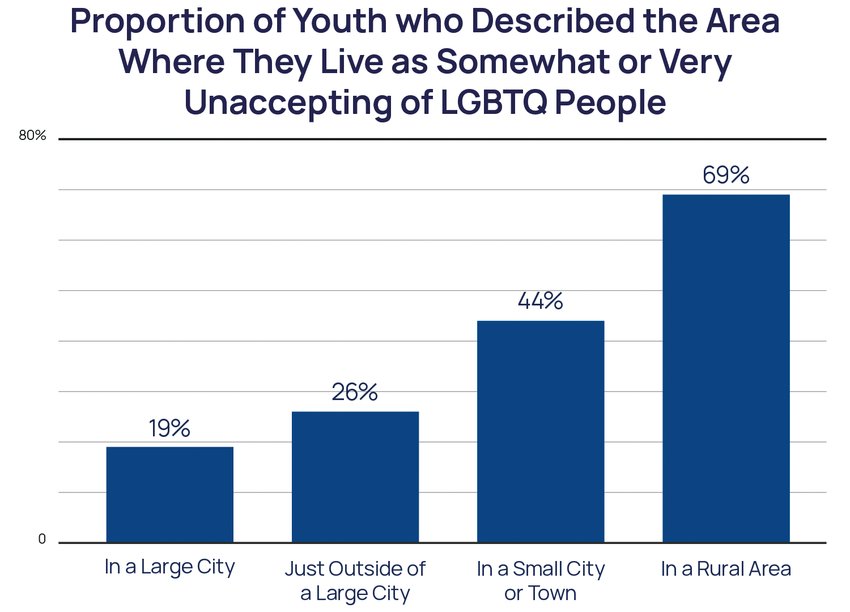 Results of study by The Trevor Project on LGBTQ Youth and safety in rural and urban areas. 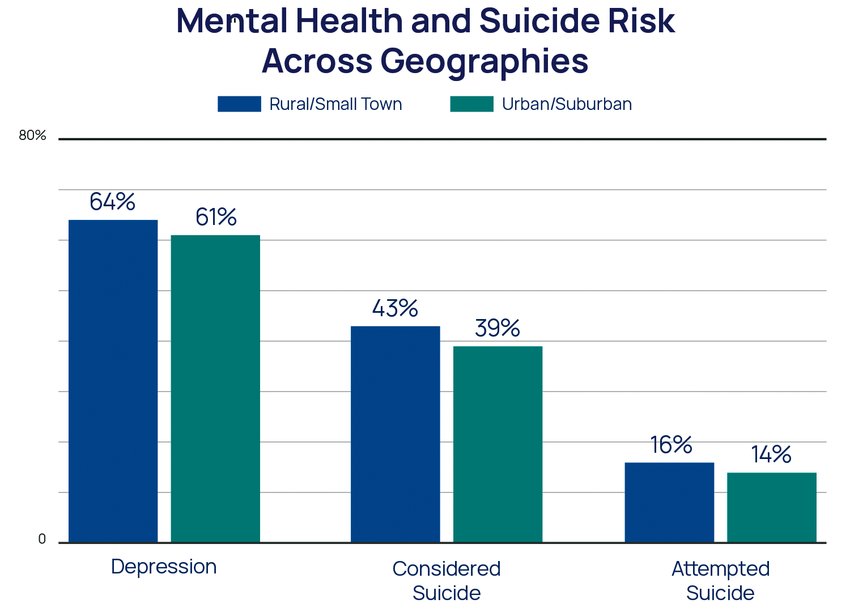 Suicide risk: Comparative risk of suicide among LGBTQ youth in rural and urban communities from the Trevor Project study.

But some of the adults would not accept that idea.

“We needed to be here,” said Strouse. “People need to know we support them.”

The parade came at the culmination of a tumultuous week in the Maple Valley School District. On Oct. 10, a presentation at a board committee meeting on creating a Gay Straight Alliance in the school set off a battle of opinions at a full board meeting right after the committee met.

Leading the charge against the formation of a GSA were Jeff Hodge, pastor of Nashville Church of the Nazarene, and school board candidates Scott Leslie II and Rick McCloy.

In addition to his pastoral duties with the church, Hodge also serves as the chaplain for the Barry County Sheriff’s Department, according to his Linked-In profile. Sheriff Dar Leaf has been a central figure in election denial circles and identifies himself as a “constitutional” sheriff, meaning he believes he is the ultimate law enforcement agent in the county. Leaf came under scrutiny when pictures surfaced of him on stage at an anti-COVID measures protest in Grand Rapids with some of the men accused of plotting to kidnap Gov. Gretchen Whitmer.

The seven-member Maple Valley school board was expected to consider and vote on approving the formation of the extracurricular GSA after one more committee meeting. A review of the board’s bylaws and policies put an end to that plan, Katherine Bertolini, the superintendent of the Maple Valley School District.

“I think that was everyone’s understanding at the time. But as I have dug into our administrative guidelines, it doesn’t really require a board vote to authorize a club, at all,” she said. The principal will now make that decision, but it’s unclear if the group will be approved.

Bertolini said that there were “outbursts” from people on both sides of the Gay Straight Alliance discussion “that need to be redirected on both sides.”

Terpening said that opponents who spoke during public comment referred to GSA advocates as “MAPs.”

“I didn’t even know what that meant,” she said. “I had to ask one of the youth from our group.”

MAP — “Minor Attracted People” — is a new name for pedophiles. The acronym has been found in blogs since the early 2000s and recently migrated to formal studies, such as the 2020 “The Internalization of Social Stigma Among Minor Attracted Persons: Implications for Treatment,” published in the Archives of Sexual Behavior. Pedophilia and LGBTQ sexual orientation have long been tied together by anti-LGBT activists, including Anita Bryant and her crusade in 1977 to roll back a local law protecting the LGBTQ community from discrimination. Bryant would go on to create the group “Save Our Children.”

Just as Bertolini and school officials were getting their arms around the GSA controversy, a parent posted on Facebook an image of the graphic novel “Heartstopper,” claiming it was required reading in a seventh-grade classroom.

Bertolini informed the school community on the district’s website that the book was available from the classroom library but not required reading.

“The book in question in the post is a free read book,” Bertolini wrote. “I hope parents regularly engage in conversations with their children about what they are reading, thinking and doing in their growth as youngsters and young adults.”

Controversies over books have also become part of a larger national movement, often targeting LGBTQ-specific books as well as books related to race. Opponents of such books argue they want more parental choice in what books their children have access to and whether a child can read specific books. Dearborn Public Schools had a contentious board meeting over access to LGBTQ content last week. Fox 2 News reported that Republican leaders, such as Attorney General GOP nominee Matthew DePerno, were present for the debate.

“We’re seeing this across the country,” National Gay and Lesbian Task Force spokesperson Cathy Renna said. “And not just in red states.”

Renna said the connection to pedophilia when discussing youth and LGBTQ issues is one used to stoke fear in parents.

“It’s not like reading about gay people is going to turn anyone gay,” Renna noted.

In fact, reading about LGBTQ people by heterosexual youth might turn them off.

A 2016 study published in The International Journal of Communication found that the response of heterosexual, cisgender youth exposed to a story of two 13-year-old gay characters was negative.

“For LGBTQ youth, the story evoked hope and fostered positive attitudes; however, it tended to produce a boomerang effect among heterosexual/cisgender youth, eliciting the emotion of disgust and leading to significantly more negative attitudes toward LGBTQ people and issues,” the study 469 youth concluded.

Jay Kaplan, staff attorney for the ACLU of Michigan LGBTQ+ Project, said controversies over books and student organizations are “spreading like wildfire” across the nation and the state.

“It is both disheartening and disconcerting seeing school boards and school districts under attack for being inclusive and supportive of all students, including LGBTQ students,” Kaplan said. “The groups who are engaging in these attacks do not represent the views of a majority of the community that want their kids to learn about our country’s history and the diversity of its people. These attacks represent censorship and marginalization of community members, as well as raise serious constitutional issues.”

GOP gubernatorial nominee Tudor Dixon accused Gov. Gretchen Whitmer, a Democrat, of wanting to put biological boys in little girls’ locker rooms and pushing a “sex and gender agenda.” She’s called for legislation to ban transgender youth from participating in sports based on their gender identity and expression. She wants legislation similar to a law signed by Florida Gov. Rick DeSantis that has been dubbed the “Don’t Say Gay” law. That law prohibits educators from discussing sexuality in grades K-3, and then only as age appropriate after that. Teachers in Florida who break that law could face the loss of their licenses.

Dixon called for the resignation of Michael Rice, the state’s supintendent of public instruction, over allegations that the Michigan Department of Education was instructing teachers to not disclose a child’s sexual orientation or gender identity to the child’s parents — even if the child is suicidal. It’s a deliberate manipulation of the video obtained by a conservative news outlet. The instructors in the video explicitly tell teachers they are required by law to report suicidal issues to parents and beyond. The training tells educators that the concerns about suicidality can be raised without “outing” or disclosing the youth’s sexuality or gender identity.

Strouse, the vice president of the nonprofit rural support group I’ll Be Your Rock, didn’t allow her 11-year-old son to ride on the float Friday out of concern for his safety.

The reason? Her son, Landree Kaminski, has declared himself gay, disclosing to adults and some youth in the community.

“For me, I just know,” he said of his sexuality.

“I just felt like I understood myself more,” he said in an interview at his mother’s workplace Saturday afternoon. He was dressed in a light pink patterned dress shirt, white windbreaker with rainbows, and bright pink pants and shoes. Strouse’s boyfriend, Ethan Oslund, sat next to Kaminski throughout the interview. “I also felt like I was more myself.”

He attends a one-room charter school in Oneida Township, but he and his family will face a decision next year as he finishes sixth grade and prepares for entry to a school district for seventh grade. Maple Valley is an option, Strouse said.

Despite not attending the school district yet, he’s watching the political attacks closely. Those attacks, he said, do make him scared “a little.”

And he has an opinion about the kerfluffle on LGBTQ youth and books.

“I think it’s just kind of outrageous because, like, just let people be who they want to be,” he said. “Just leave them alone. There’s nothing you can do about it.”

You be the judge

Lansing Board of Education candidates differ on issues