Recreational marijuana market thrives in Michigan — even during a global pandemic

‘The Jack Daniels of Cannabis’ 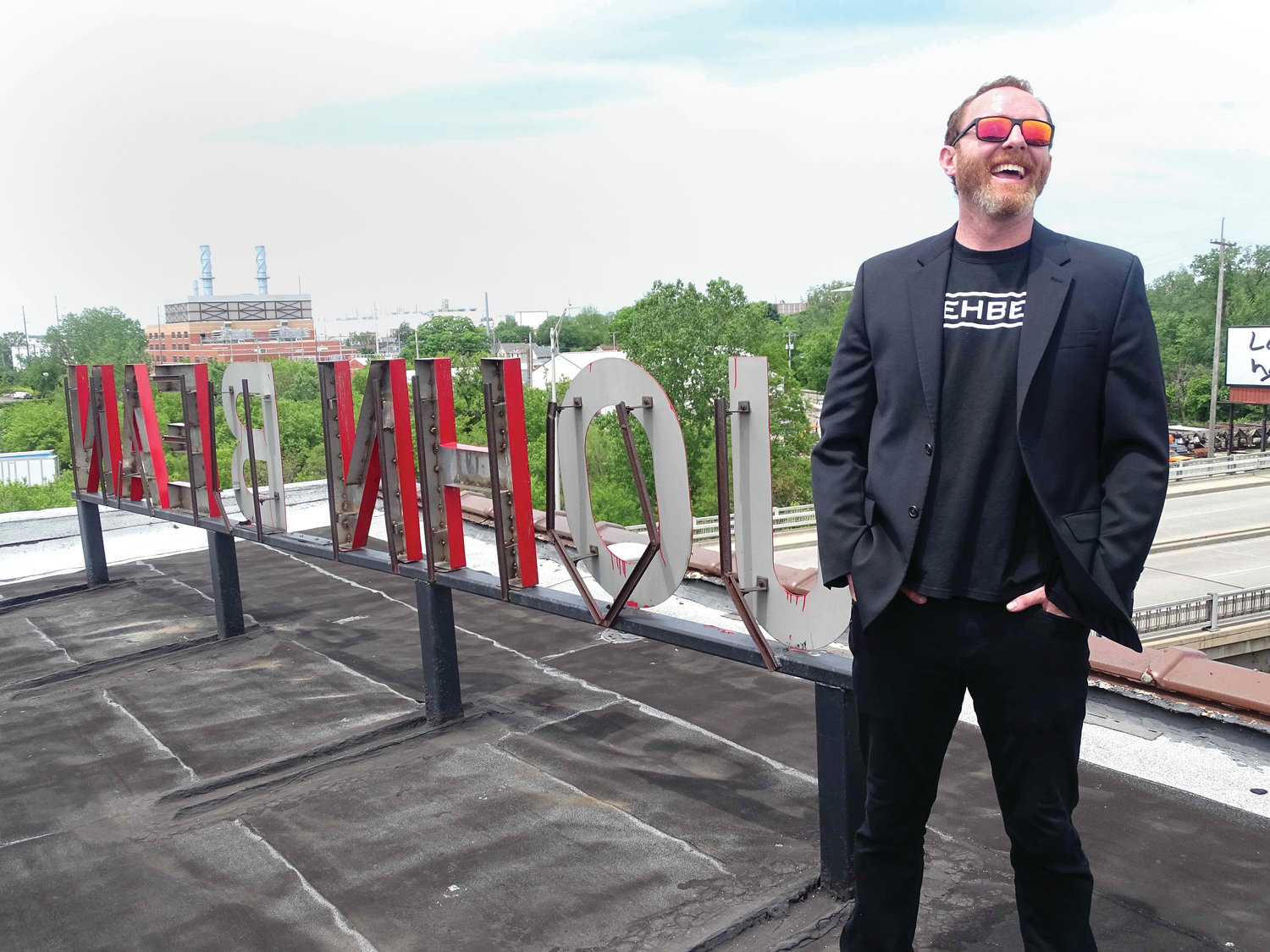 Michael Doherty, founder of Rehbel Industries, on the roof of the old John Bean Building, on South Cedar Street, which he is in the process of converting into one of the largest marijuana growing operations in the world.
Lawrence Cosentino/City Pulse 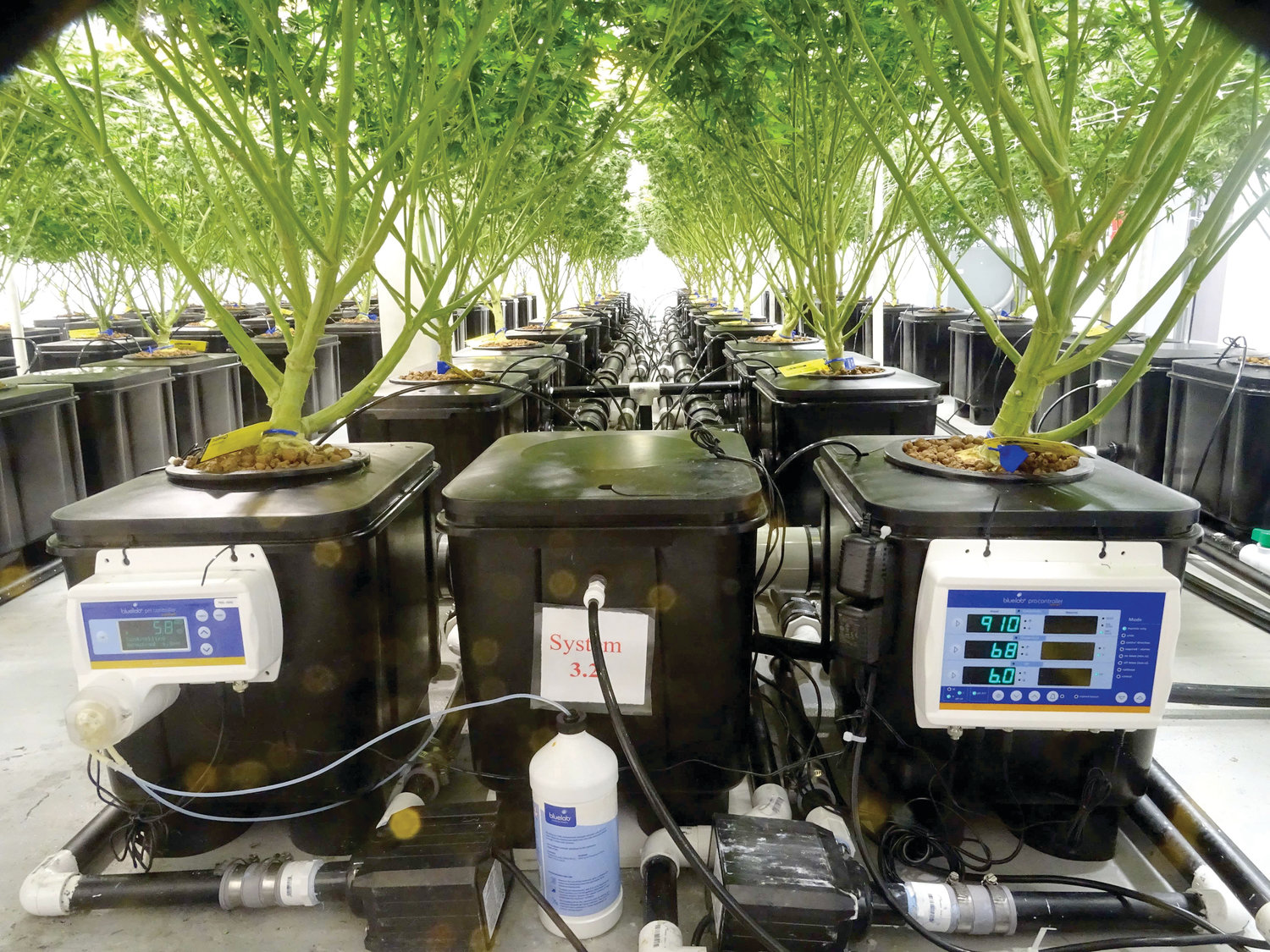 At Lemonati Family Farms on East Kalamazoo Street, plants are grown hydroponically, without soil. The Lansing-based company is licensed or conditionally approved to both grow and process — and eventually sell — cannabis products locally.
Lawrence Cosentino/City Pulse 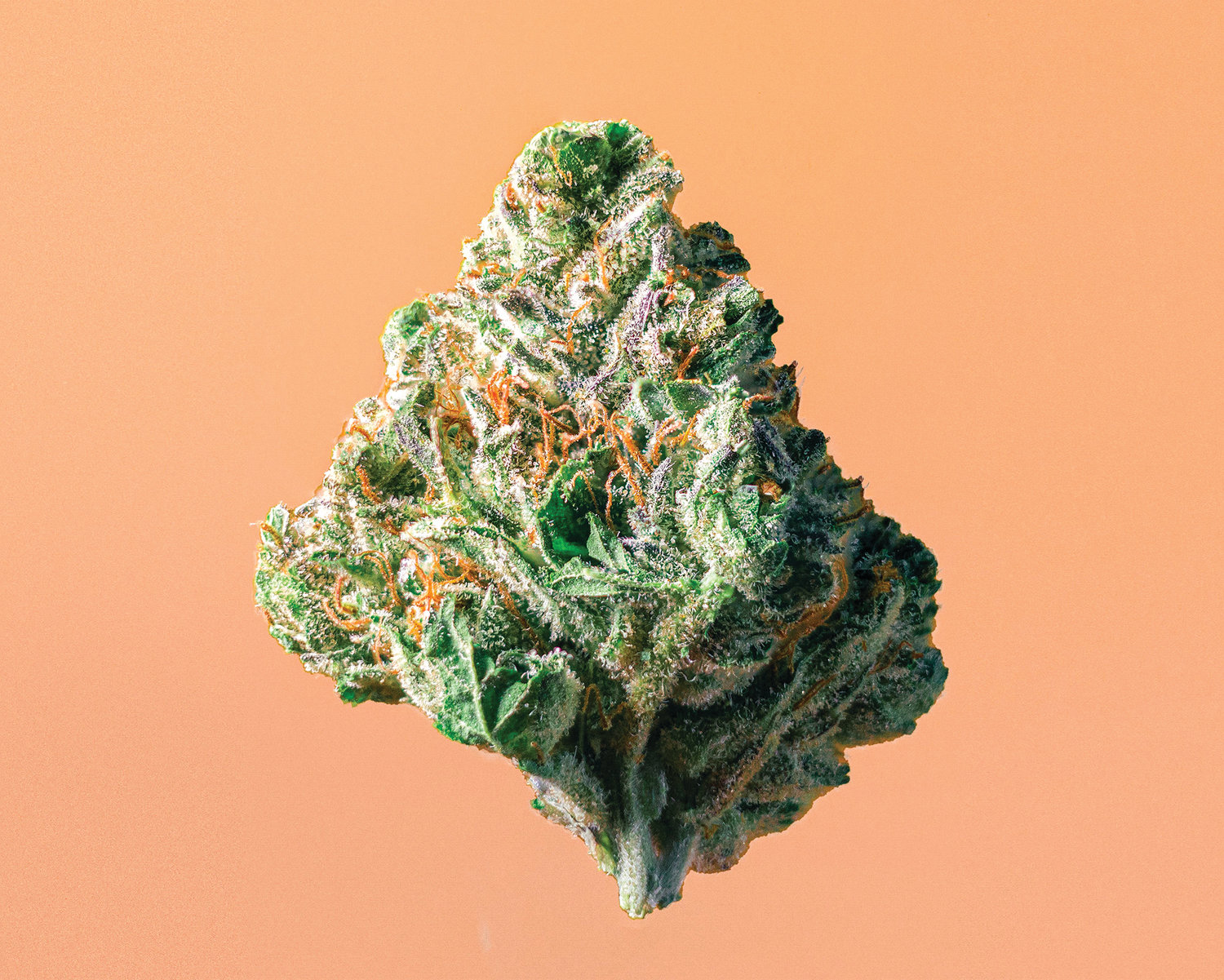 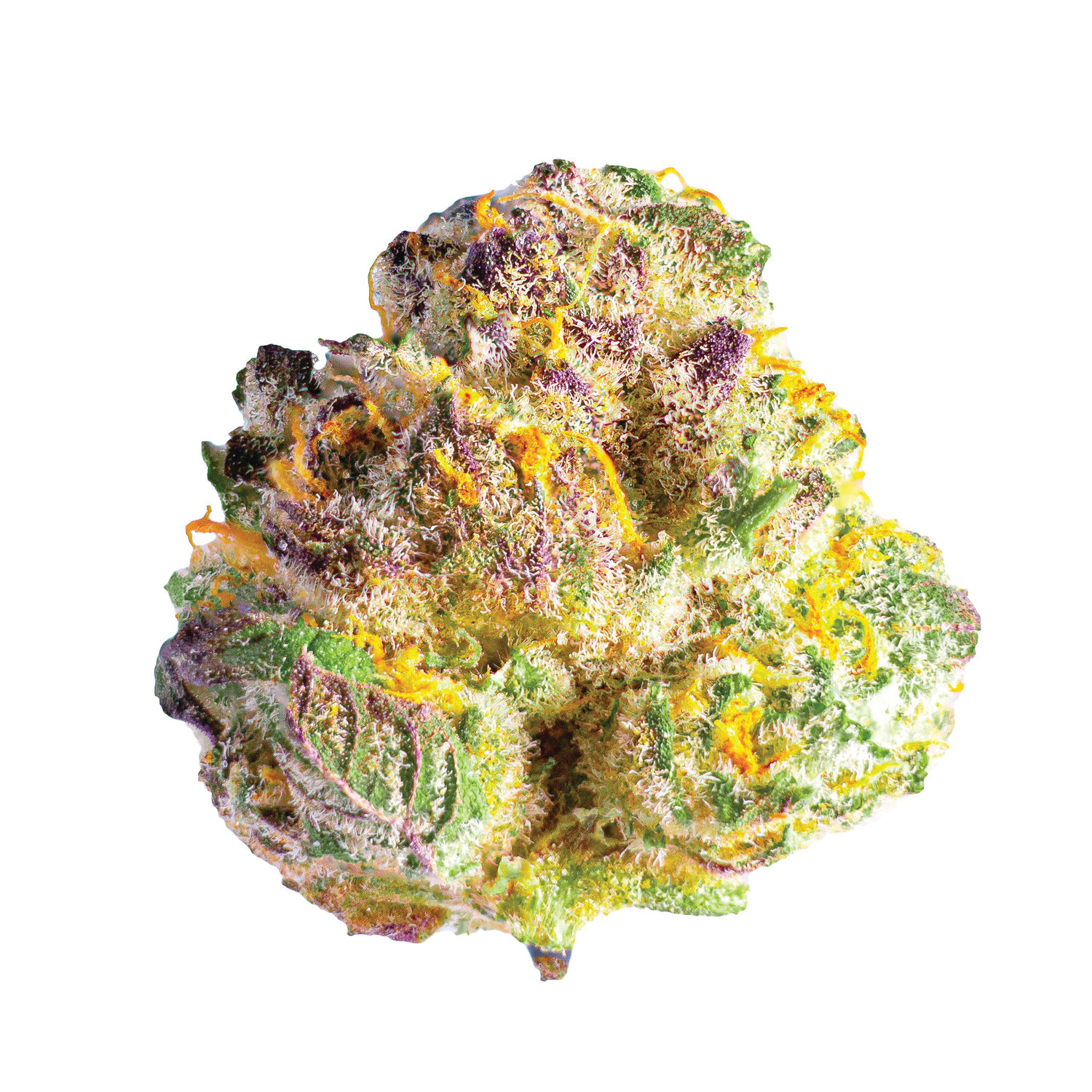 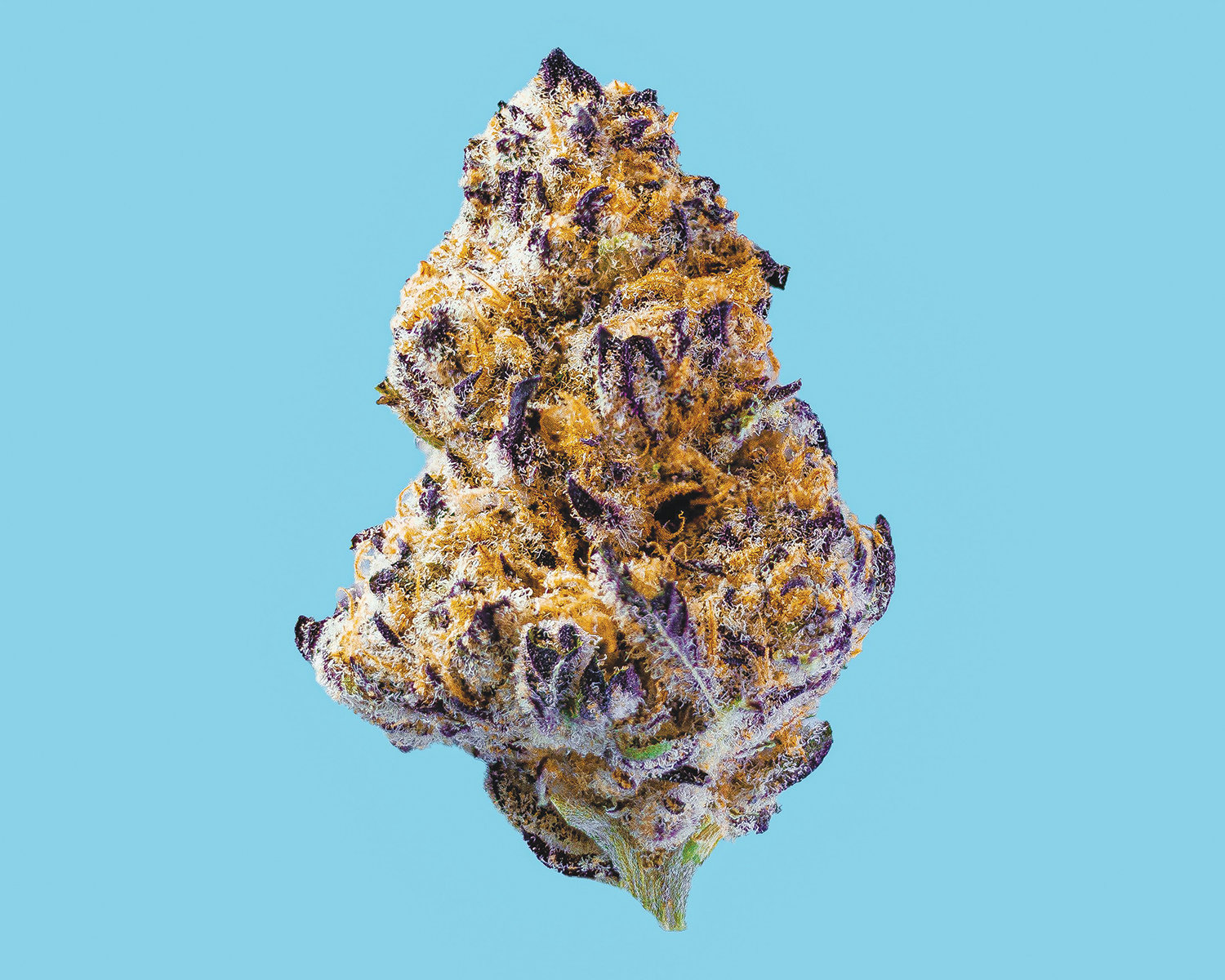 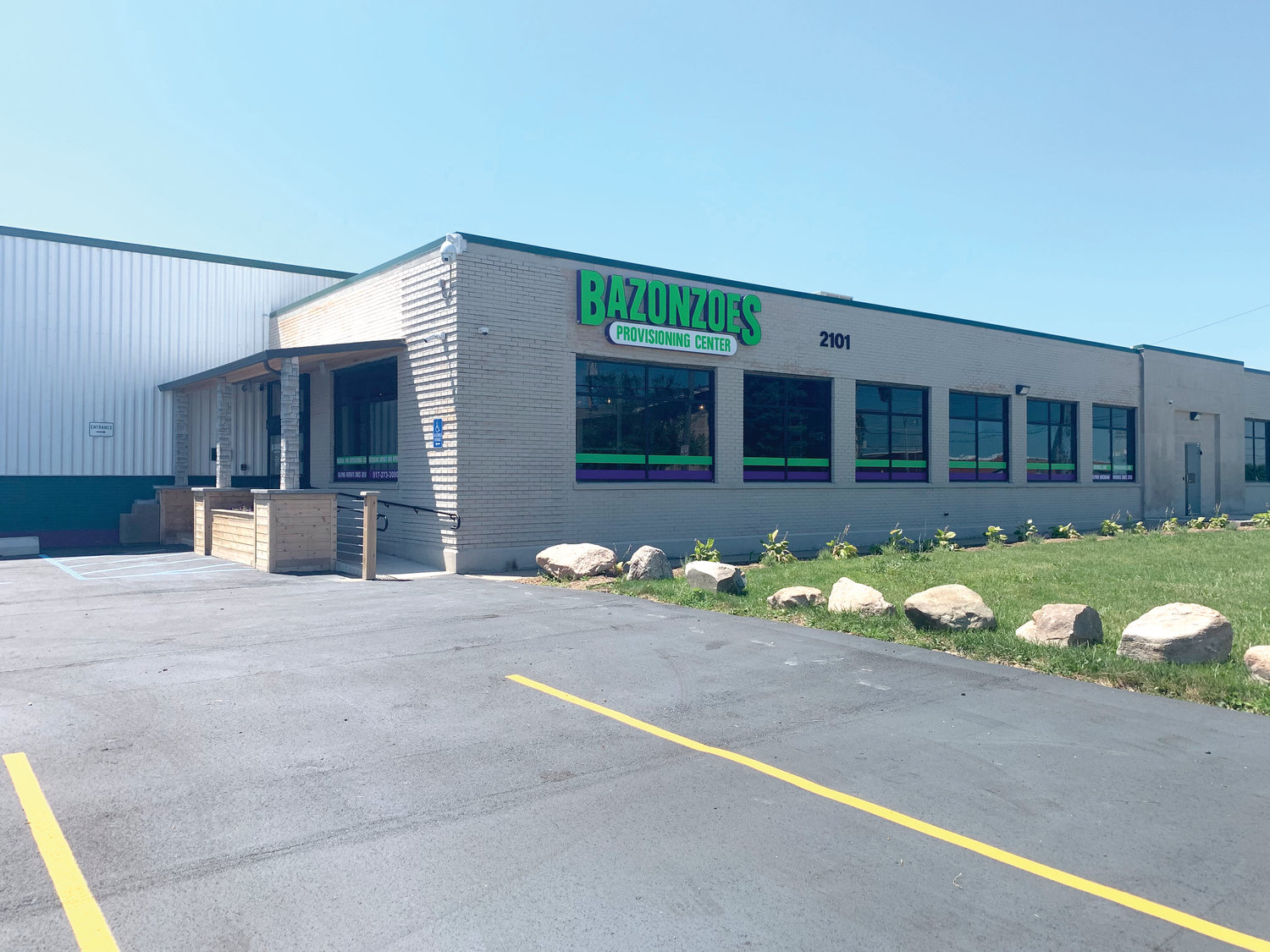 Thousands of pot plants are quickly multiplying inside one of the largest and most historic buildings in Lansing as Michael Doherty quite literally grows his own empire along Cedar Street.

Doherty, 41, of Lansing, said his company, Rehbel Industries, plans to become “the Jack Daniels of cannabis” over the next decade as he and his 40 employees push forward with a massive growing and processing operation at the iconic John Bean building, 1305 S. Cedar St.

Seemingly endless rows of pot plants — some leafy, towering giants and others still budding — are springing to life inside. An in-house processing facility, growing rooms and office spaces are still being built. Grounds crews are excavating mountains of dirt. An electrical grid that could power more than 1,400 homes is being rewired into the basement. The rest is still under repair.

“We want to be a national player in this market,” Doherty explained. “I’m not gouging customers or giving them shitty products. We’re proud of what we produce, and want people to be excited when they buy it. We’re in this for the long haul, really building a brand to stand the test of time.”

The company’s flashy, boldface “REHBEL” billboards have caught attention south of I-496 for months. Local eyes — and noses — have been enticed by his mysterious, all-black building across from Art’s Pub for years. Inside, Doherty has been keeping focused on his mission.

“We’re just on the verge of a very exciting new industry. This industry has been here a long time, but the commercialization of cannabis is one of the most exciting things on the planet, and I’m proud to be a part of this,” he explained. “We’re talking about a $100 million investment here.”

Doherty is one of dozens of entrepreneurs in Greater Lansing looking to monopolize a flowering recreational marijuana market that, even amid a global health crisis, manages to stay lucrative. And controlling as many aspects from seed to sale is the key to their success, they explained.

“I think Lansing is poised to be one of the biggest players in the long term,” said Alex Martin, co-owner of Lemonati Family Farms, a Lansing-based company licensed or conditionally approved to both grow and process — and eventually sell — cannabis products locally.

“There are a ton of benefits to being vertically integrated,” he said. “It’s about being able to control the product supply to your own store, and your own customers. Especially with some of the product shortages we’ve seen in the last year, controlling your own supply is essential.”

State records show that recreational marijuana sales climbed more than eightfold since December and have rested at more than $10 million weekly since last month. Medical sales have also skyrocketed in recent weeks and also landed just under $10 million from June 8 to 14.

And the city of Lansing is quickly cementing itself as a major player in that statewide market.

Many of those licenses are stacked in a single growing facility and are operated by companies, like Green Peak Innovations, Apex Ultra Worldwide and Homegrown Cannabis Co., that also have processing and retail licenses to push out products to consumers. The vertical integration model cuts out the middleman, provides more entrepreneurial control and higher profit margins.

“A lot of people went and got their stores open first,” Martin added. “We wanted to focus on our cultivation facility in order to bring on the retail location. We were able to finish up our construction just prior to the beginning of the pandemic, so things have been moving quickly.”

City officials have also either approved or conditionally approved four recreational consumption lounges, two microbusinesses that can grow and sell their own products and 46 separate processing plants. Many have yet to open pending formal approval from state regulators, but the stage is set for the capital city to complete its transformation into a veritable pot powerhouse.

Jeff Hank, manager at Edgewood Wellness, is working on plans that would turn the dispensary into a consumption lounge, art gallery, marijuana museum and large special events space. At 18,000 square feet, the store is the biggest pot shop east of the Mississippi River, Hank said.

“We have been delayed a little bit on the other two stores with COVID holding up plans for a launch of our Michigan Avenue store and our MLK store-grow-processing facility,” Hank added. “Nonetheless, progress continues. Lots of exciting things on the horizon in the capital city.”

Doherty is already supplying medical pot to dispensaries statewide, but vertical integration, he explained, is a major factor in the success of his business model. Incorporating sales and processing into cultivation provides more control — and much higher profit margins.

It’s a monopolistic sort of tactic also shared by Green Peak Innovations, a vertically integrated cannabis company that’s headquartered in Dimondale that holds the title of the single largest license holder in the state. The company operates two massive growing facilities, its own in-house processing plant and 10 retail locations that operate under the brand name Skymint.

All told, Green Peak is licensed to grow 32,000 plants across two locations in Greater Lansing. Two Skymint dispensaries are open in Lansing. More are coming in East Lansing and Okemos.

Vice President Joe Neller said vertical integration not only provides for higher profit margins by cutting out middleman processors, but it allows his team to manage quality control from the ground up. Developing a trusted brand in a new industry requires absolute consistency, he said.

“We knew Michigan would be a challenging market, and we thought it was important that we had access to our own product supply for retail, but also robust wholesale distribution,” Neller said, noting Green Peak grows enough to supply every Skymint store, with plenty of surplus.

“At this point, we don’t carry anyone else’s flower in-store,” Neller added. “We only carry third-party edibles, vapes, tinctures — that sort of stuff — and a lot of different accessories.”

In addition to operating a popular dispensary on South Pennsylvania Avenue, HomeGrown Cannabis Co. also holds several city-issued licenses for both medical and recreational growing and processing, as well as another conditionally approved retail location on South Cedar Street.

PG Manufacturing Group, the corporate name behind Lansing pot shops like Pure Options and Stateside Wellness, is also approved for growing and processing operations. The company is also navigating the city’s licensing system for a second dispensary on Lansing’s northside.

Local entrepreneurs said vertically integrated companies can quickly adjust to meet customer demand, whereas standalone growers and retailers are dependent on the supply chain. And while more control over the growing, processing and sales systems obviously requires a larger upfront investment, some of the larger players in Lansing expect it’ll generate a bigger payout.

Some entrepreneurs do choose to specialize in growing or retail sales, but why not do both?

“It takes a lot of money to build these facilities, buy the equipment, bring on the staff,” Neller explained. “I think Lansing, even before the licensing act was put into place, has always been open to the cannabis business. We’ve sort of been a pioneer in the state in that regard.”

And with cannabis an “essential” business in Michigan, COVID-19 has done little to stall growth.

Apex Ultra Worldwide also plans to open a pot shop across from Deluca’s Pizza called Bazonzoes. Licensing records show it is attached to a large facility capable of growing and processing thousands of plants in-house. Those products only leave the building for testing.

“It’s difficult to define your own existence, which is the core of my whole company,” Doherty added. “Sometimes you have to question the world around you, not be afraid to ruffle a few feathers. You have to keep a moral compass the whole time. My brand is called Rehbel for a reason. It’s not a blind rebellion, but having the courage to question and find your own way.”

Big talk for a weed farmer. But Doherty, like others, envisions his company as much more than that. He wants his flower, tinctures and edibles in every retail pot shop in America. He plans to hire 20 more people this summer and wants to employ thousands over the next several years.

“We’re attempting to take on at least 10% of the Michigan market in this facility alone,” he said. “A Jack Daniels type of brand headquartered in this city is a pretty awesome thing.”

Officials at the Lansing Board of Water & Light also couldn’t be happier. General Manager Dick Peffley said he expects the local pot market to dump untold millions of dollars into electric service over the coming years as the commercial market continues to expand and stabilize in Michigan.

BWL officials said the John Bean Building, for example, could eventually use up to 40 million kWh of energy annually, or about 2 percent of last year’s electricity for the entire city of Lansing.

“It was mission impossible to take on a project this size, but I knew it would be an awesome business move if I could actually pull it all off,” Doherty added. “This building used to be a real powerhouse back in the day, and a big part of this is bringing it back up to its former glory.”