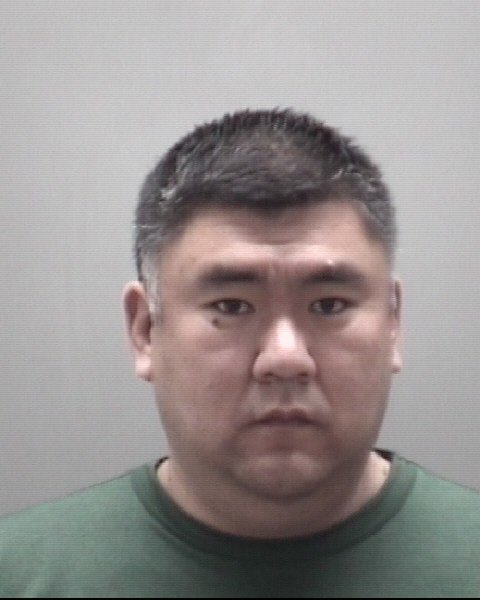 Scott Michael Dane, 38, of Lansing, was charged this month in Eaton County’s 56th Circuit Court with two counts of child sexually abusive activity, felonies that could put him behind bars for more than 40 years, if convicted. Records show he also faces separate 60- and 90-day misdemeanor charges of giving alcohol to and contributing to the delinquency of a minor.

The Eaton County Prosecutor’s Office released today a copy of a warrant request filed in June 2019 to seize computers, cell phones and other electronics from his Walnut Street home. It outlined accusations against Dane that date back more than a year before his arrest this month.

Several items are redacted in the June 2019 report, but it details how Dane was head varsity soccer coach at Grand Ledge High School at the time. The boy’s phone was turned over and searched by authorities on June 7, 2019, and he was formally interviewed on June 18, 2019.

During the interview, the boy told authorities that Dane made a statement that “they are not true friends until you see each other’s penis,” reports state. He also recounted a time that Dane took the boy to a Lansing Ignite game in downtown Lansing on an unnamed rainy Saturday in 2019.

The two drank a Yeti cup filled with beer and a water bottle filled with tequila on the way to the game, records state. Dane allegedly told the boy he could get more alcohol if he sent sexual pictures and drove him home. The boy sent his first and only picture that night, records state.

On at least one occasion, Dane also allegedly bought a six pack of beer and a bottle of flavored vodka for the teenage boy, which was designed to stay in Dane’s car for when the two were together and wanted to have a few drinks, records state.

Cops continued to surveil Dane at his home into late June 2019, records state. The warrant, approved at the end of the month, sought to comb through his electronic records for evidence.

A spokesman for Grand Ledge Public Schools said former superintendent Brian Metcalf was made aware of a criminal investigation against Dane on July 10, 2019. Dane resigned from the job on July 11, 2019, before any internal investigation could formally begin, officials have said.

A Grand Ledge Public Schools spokesman also said “it was suggested” by the Eaton County Prosecutor’s Office that the incident involved a student at the school district but emphasized that no victim identities were revealed to district officials and that the reports remain unconfirmed.

It took nearly a year for charges to be authorized and for Michigan State Police troopers to arrest Dane this month and book him into Eaton County’s jail, where he was released on a $25,000 cash bond. Prosecutors partially blamed COVID-19 for the delay.

Dane was also quickly ousted as the executive director of the Capital Area Soccer League when the organization learned the charges had been filed. He had also served as the head coach for Michigan State University’s club team, a role he no longer fills. It’s unclear when he left.

Dane coached boys and girls varsity soccer in Grand Ledge since 2009. Records, which offered few other details, noted that his alleged sexual abuse occurred between 2016 and 2019 — the same year he left his coaching job, school district officials confirmed earlier this month.

Dane was also instrumental in the planning of the Beacon Southwest project, a soccer field at West Holmes and Simkin Drive modeled after Beacon Field, near the southeast corner of Ferris Park. He told the Lansing State Journal that the field would attract up to 70 children each night.

“They’re all ready for something extremely positive to happen,” Dane told the State Journal.

Records show Dane appeared in court for a status conference this month but hasn’t submitted a plea as the case moves forward. No other hearings have been scheduled. He must remain at home, avoid contact with kids and cannot take photographs as his case proceeds.

Dane declined to comment on the case, as did his attorney, Chris Bergstrom.

“He was gone as soon as we found out about that stuff,” said Oscar Casteneda, president of Capital Area Soccer League. “It’s not just a troubling incident. It’s horrible. And it doesn’t have anything to do with this league. I found out about the situation when he didn’t show up to work.”