Paranoia manifests itself in ‘900 Miles to International Falls’ 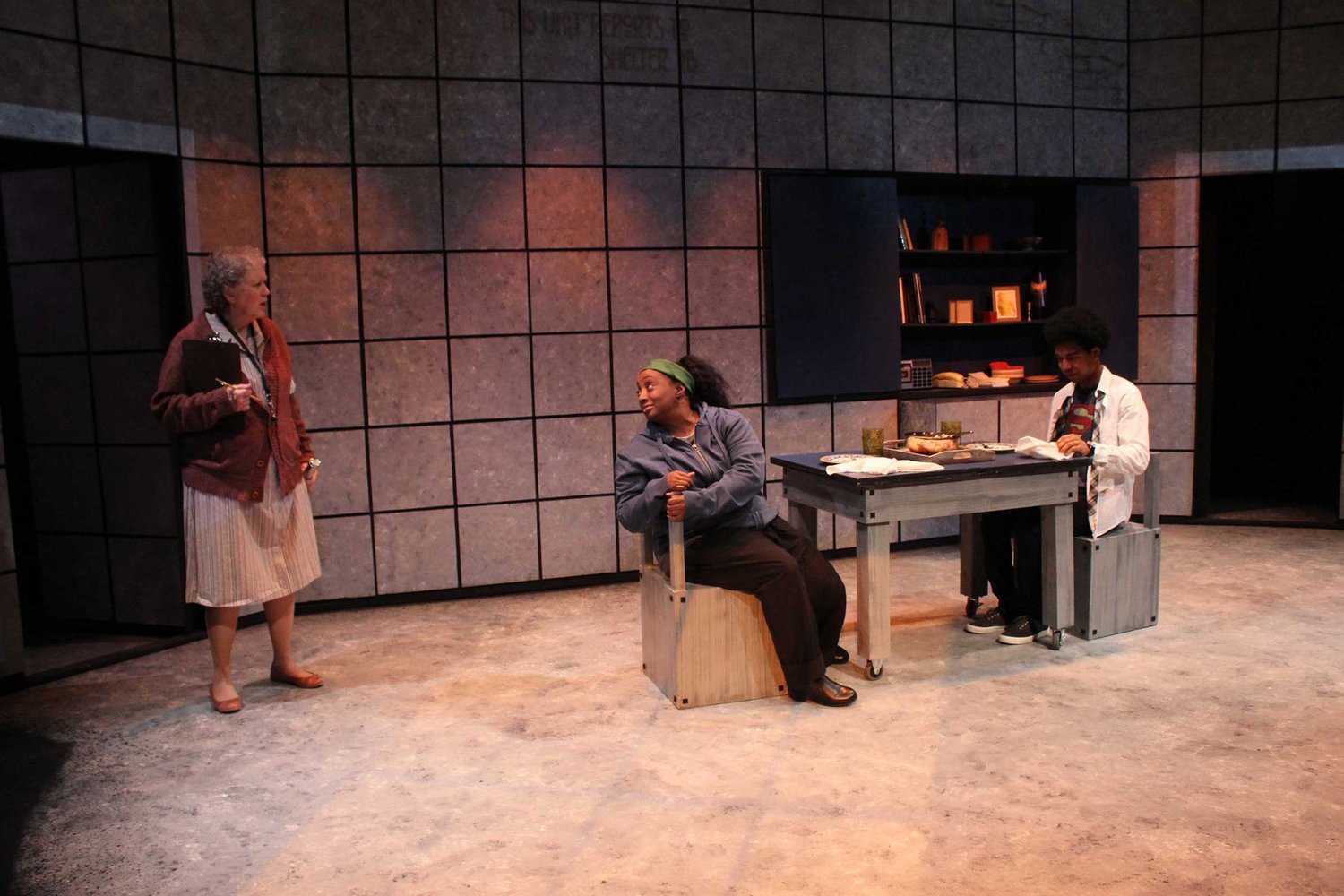 Williamston Theatre’s “900 Miles to International Falls” begins with projections on a wall that stretch the length of the stage and from floor to ceiling. The rapidly changing social media posts and world news clips show how our planet evolves from about 2039 to 2054.

It’s a time of war, government propaganda and lies — and when mothers are asked to give up sons to fight never-ending battles. 2054 is when citizens are fighting aliens trying to occupy our lands.

Except in this new era, the “aliens” aren’t Mexicans, South Americans, or other foreigners fleeing horrific and unlivable conditions. The future invasion is actual alien beings from a distant, uninhabitable planet. Who look just like us. And care for their babies, just like us. And who really want to be our friends.

What helps make her very adult play succeed and come alive are the grand elements of the Williamston production. The wall used as a continual screen, designed by Bartley H. Bauer, is quite complex. It is capable of revealing surprise doors, pullouts and openings. A simple table manages to fold out into a workbench.

The clever projections designed by Alison Dobbins are as varied as a brick facade, a silhouetted government figurehead, or a photographic backdrop of machinery in a field. They are all remarkable.

The stellar cast of five kept me completely transfixed during the under-two-hour-with-intermission play. The commanding Casaundra Freeman plays the rebellious Tanya Freeman with an ever-steady force. As her son, Clark, jøn kent is a perfect pick for an adolescent approaching manhood.

The engaging Heather Mahoney is a pregnant woman from Australia who has come to work at the gun factory near Detroit with Tanya. Mahoney’s accent and mannerisms are spot-on. Known simply as “J,” Mahoney inspires compassion.

Besides her other fleeting roles, the chameleon-like Darah Donaher skillfully plays another pregnant worker who eagerly supports the mandate for fertilization.

In the future, having babies by any means possible is encouraged to replenish male soldiers, and births are celebrated with a cake.

The always-potent Karen Sheridan plays an assortment of mostly authoritarian roles with finesse and class. One moment she is affable and the next she is a tormenter.

If the Orwellian and horrific future “900 Miles” portrays isn’t scary enough, the thought that a similar scenario could be less than 30 years away is terrifying.