‘You all broke me’:  Shawn Deprez’s complaints include sexism and homophobia at LFD 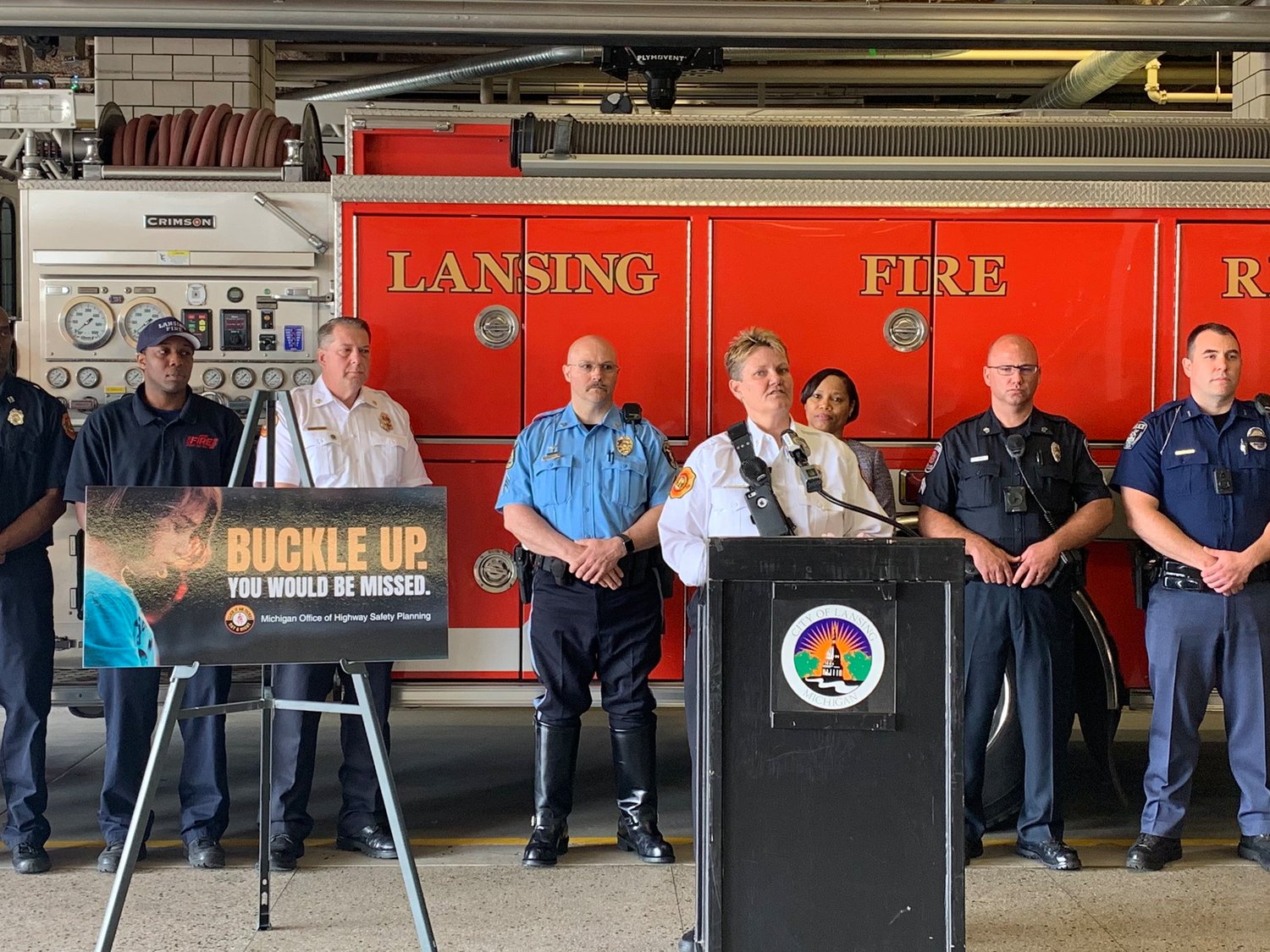 TUESDAY, July 20 — The first female battalion chief at the Lansing Fire Department has alleged that she was sexually assaulted by a superior and subjected to unchecked homophobic and sexist harassment among her colleagues, which pushed her into an early retirement in 2019.

Shawn Deprez became the first woman in the Fire Department’s history to be promoted to the rank of battalion chief in 2017, shattering a 160-year-old glass ceiling in the process. After spending more than two decades’ working in Lansing, Deprez said she then “finally was in a position to change LFD for the better,” according to a recent Facebook post that has since been widely shared across local community pages and garnered hundreds of comments. But alleged widespread sexist and homophobic harassment — as well as a “middle of the night” sexual assault at a Fire Department — ultimately pushed her out the door in 2019, Deprez said.

“I have the names. My personnel file will show all of the people who harassed me. More importantly, I was also sexually assaulted on the job,” Deprez, 53, told City Pulse on Tuesday. “But it was a good-paying job. I was a single mother trying to raise a daughter, and it afforded me that.”

She later added: “It was a superior. It was in the middle of the night. Let’s just leave it at that.”

In Deprez’ widely shared Facebook post, she alleges that top brass failed to acknowledge her “ongoing battle for men to be held accountable for their actions” despite “begging and pleading” for help from the city’s Human Resources Department. As a result, she said she spent $97,000 to buy out early retirement credits “because no one cared or did anything to stop the abuse.”

“I was a gay female battalion chief who was harassed my entire career,” Deprez posted to her Facebook page on Sunday afternoon. “It never stopped even though I was finally in a position to change LFD for the better. Once again, I was met with more harassment than ever before.”

She also wrote: “All men abused me because they could. Many were LFD’s fire chiefs and assistant fire chiefs who turned a blind eye to the harassment because they chose over and over again not to support the lesbian being harassed. None of you were brave enough to take accountability for your very own actions. Instead, you protected them and now me.”

Deprez said she took a job at LFD in 1995 and was sexually assaulted as a newbie firefighter.

“I can also name former chiefs and others who have gone on to become politicians,” Deprez said. “We’re talking about high-ranking members of Local 421 and the MSU firefighters’ union. These people don’t want me talking about this. They should all have reasons to be fearful.”

As battalion chief, Deprez ranked only below the fire chief and two assistant chiefs and earned a salary of about $89,700. The department’s first female firefighter had also reportedly been hired more than a decade earlier.

Her promotion, however, did nothing to stop the interdepartmental abuse, Deprez contended.

“I was abused and harassed for being a lesbian female. Until my final day, I was treated poorly by men at the Lansing Fire Department,” Deprez said. “I was even harassed by other females and not one person was brave enough to take a stand and hold themselves responsible for the hate they allowed to happen that damn near destroyed me. I’ve begged and pleaded for help from HR and many of Lansing’s fire chiefs and no one stopped the harassment of lesbians.”

Former firefighter and paramedic Heidi Moen also raised concerns on Deprez’ Facebook post, alleging that sexual harassment and microaggressions were a “regular occurrence” at LFD. According to her LinkedIn page, she worked in the department for eight years from 1996 to 2004.

“I loved working there, but it was not always easy because of the harassment,” Moen wrote in a comment on Deprez’ recent post. “A few did try to call it out but nothing changed. The problem is not the person complaining about the behavior. The problem is those who did the behavior.”

She also noted that former female staffers “will no longer be quiet” about sexual harassment.

Former firefighter Kristi Bartholomew also weighed in on the online discussion on Deprez’ Facebook post: “Please continue with your therapy. Once you are healed from all of this trauma, you will be in a better place to fight to make sure they can never do this again to any of us!”

Bartholomew’s LinkedIn page notes that she worked at the Fire Department from 2000 to 2005.

In part because of the harassment, Deprez said she checked herself into a hospital and was diagnosed with post-traumatic stress disorder. She said her recent Facebook post was part of that healing process, though Deprez added: “I still suffer everyday. LFD literally broke me.”

“Being a lesbian and being female in the Fire Department made for a very mentally and emotionally destructive career for me,” Deprez told City Pulse. “I’ve always championed for everyone to do what is right  — and not just for the good ol’ boys club at the Department.”

Deprez said her personnel file at the Fire Department should be “thick” due to all of her complaints filed over the course of her 22-year career. And while she contemplated filing a lawsuit against the city, she said she’s only speaking up now to bring about internal change.

“People need to know that it’s not a safe place to be,” Deprez said. “I think right now, the only thing I’m looking for is to shed some light on the blatant harassment that was allowed to take place. The Lansing Fire Department has truly been out of control for many, many years.”

Deprez’s recent Facebook post concludes: “The first female battalion chief in Lansing’s history was harassed for being gay, then turned away when she begged for help. You all broke me.”

In a statement, Mayor Andy Schor said he plans to review Deprez’s comments as well as any reports of discrimination filed from when she was on staff. A Freedom of Information Act request from City Pulse for Deprez’s personnel file was sent to the City Attorney’s office on Tuesday. Deprez said she plans to reveal more details about her allegations after she hires an attorney.

The recent allegations of discrimination are far from the first to be levied against the Fire Department. Several current and former Black staffers are still pushing forward with a lawsuit against Schor and the city that alleges discrimination and race-based retaliation. Former firefighter Michael Lynn Jr. is also pursuing a separate racial discrimination lawsuit.

Former chief Randy Talifarro is among the plaintiffs. He penned an open letter to Schor about five months before Deprez’s retirement, warning of a need to bolster diversity and noting that he only quit when the workplace became “extremely uncomfortable” under Schor’s leadership.

Schor has also recognized and apologized for alleged racism at the Fire Department in audio from May 2019 that was leaked to City Pulse last year: “If I said that there are no racial issues within the Fire Department, it may have been something that I said earlier on because there are. I know there are. I’ve had folks talk to me. There definitely are. I know there have been in the past.”

Fire departments nationwide have long struggled to attract minority applicants. According to the U.S. Census Bureau, more than 95% of all firefighters are men and 85% of them are white. In Lansing, that makeup is 94% men, 70% white, according to records provided by Schor’s office.