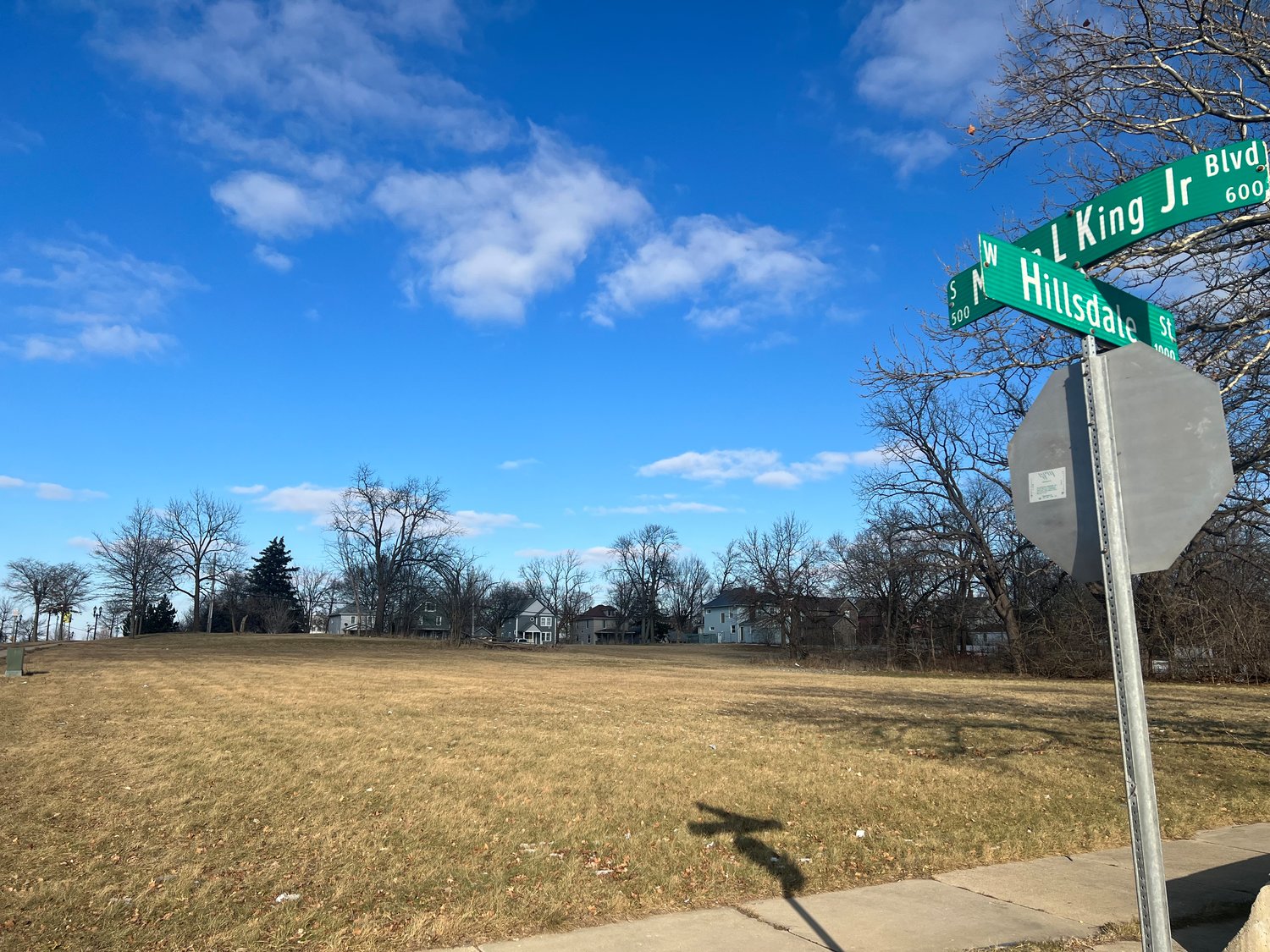 FRIDAY, Jan. 21 — A real estate developer has offered to buy a vacant parcel of city-owned land off West Hillsdale Street with plans to construct a two or three-story apartment building — including a variety of housing options that have been deemed “affordable” by top city officials.

“We’ve had this land forever,” said Brian McGrain, the city’s director of planning and economic development. “When the mayor came in, we started to take inventory of hundreds of parcels of city-owned land, identifying those which were ripe for development plans. This is one of them.”

Massachusetts-based Gryphon Group LLC — which bills itself online as a “property services” company with more than 30 years of experience in preservation, banking and real estate — submitted an offer to the city in December to buy the two-acre parcel at 1020 W. Hillsdale St.

The vacant property tucked on the corner of Martin Luther King Jr. Boulevard is just west of the Hall of Justice  That grassy corner lot is also bordered by Lenawee Street to the north.

A draft purchase agreement was filed with the City Council at its Jan. 10 meeting.

The property, which is the former site of Union Missionary Baptist Church,  was inherited by the city during former Mayor David Hollister’s tenure, which ended in 2003, McGrain said. And it has sat vacant ever since.

Gryphon Group, with an offer of $200,000, was the only entity to respond to a request for proposals to sell the land that was issued by Mayor Andy Schor’s office last year. An appraisal valued the land at about $195,000 — making for relatively “easy” negotiations, McGrain added.

“It’s a very developable piece of property in a great neighborhood with great connectivity to downtown Lansing,” McGrain added. “The plan, at this point, includes a high quality product and affordable units — probably two or three stories tall, from what we’ve seen in the renderings.”

McGrain also expects the new development to “fit the character” of the nearby neighborhood.

Tim Hovey, a managing member at Gryphon Group whose name is signed to a tentative purchase agreement with the city, didn’t return calls or emails from City Pulse this week.

The $200,000 offer from Gryphon Group is contingent on an environmental assessment of the land and the developer’s ability to secure a still-undetermined amount of state tax credits through the state Housing Development Authority to get the construction project started, according to the draft purchase agreement. The City Council must also approve of the sale. A public hearing that will include more details about the plan is scheduled for 7 p.m. on Feb. 14.