In the land of GOP elegance, Trump is struggling 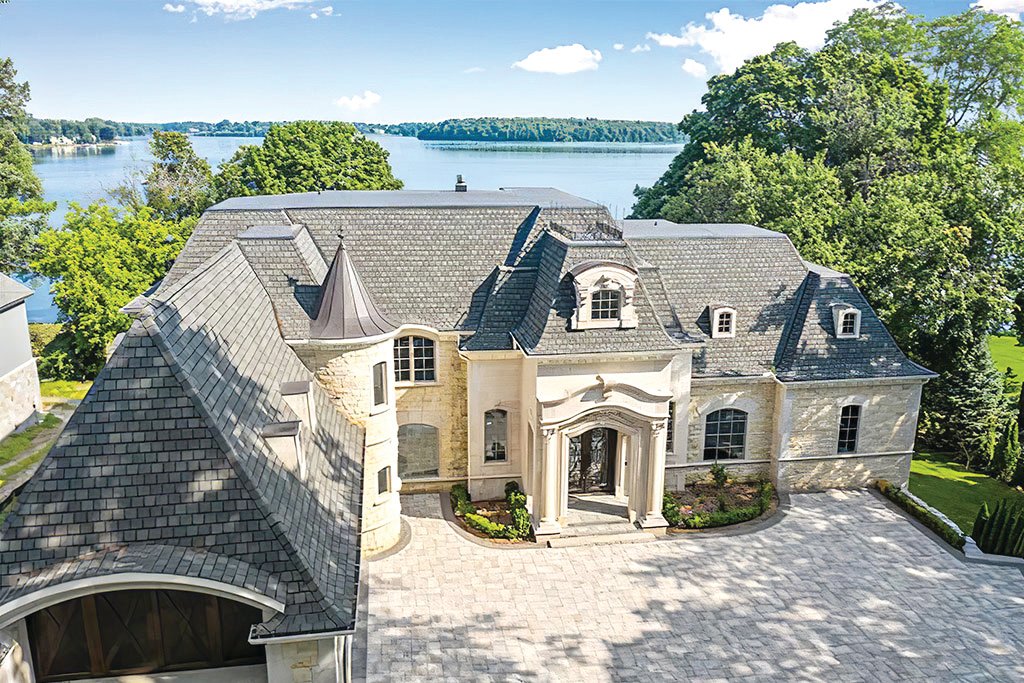 Rochester Hills, where the median price of a house is $223,754, is considered GOP land — but locals say President Trump is not connecting with Republicans there.
Courtesy
Posted Wednesday, October 7, 2020 1:07 am
SAMANTHA SHRIBER

This is the second part in a six-part series reporting on the presidential campaign in Michigan in different locations across the state. This series is paid for by contributions from you to the City Pulse Fund for Community Journalism. To contribute, please go to lansingcitypulse.com/donation.

Rochester Hills — In few places can an illegal landfill, once deserted and polluted by volatile organic compounds and random metals, be pursued as the site for a $40 million luxury apartment complex.

Yet, Rochester Hills is just such a domain.

Long acknowledged as the heart of Oakland County’s suburban Republican regime with its affluent conservatism and a “we-can-have-it-all-with-small-government mentality,” the eastern edge of the 8th Congressional District is going through a political metamorphosis.

The party of President Donald Trump isn’t connecting with suburban swing voters like Lisa Kowalski, who loved Ronald Reagan and was fine with George W. Bush. She’s pro-life, pro-environment and pro-science, which doesn’t fit her neatly in a particular political box other than “independent.”

The 24-year resident wants people who work together to solve problems. If that’s Republican state Rep. Mike Webber, that fine. If it’s U.S. Rep. Elissa Slotkin, she's fine with that, too.

There’s one thing she’s pretty passionate about, though.

“President Trump is about as far away from my views as any one person could possibly be,” Kowalski said.

In the past, reelection in Rochester Hills is bestowed to those who have showered the city with results, according to John Klemanski, a political science professor at Oakland University,

Their triumphs are defined by how prestige in the city has been amplified, how space for culture and entertainment has been cultivated and how problems have been reissued as successes.

In 2014, the city made ninth place for the “50 Best Places to Live in small U.S. cities” by TIME Money magazine. Republican Mayor Bryan Barnett — who earned a fourth term reelection as a write-in candidate — was the 77th president of the U.S. Conference of Mayors.

“They are very keen on the quality of life. Are there lots of amenities in your community? (Is) there an array of restaurants and movie theaters and other avenues or arenas?” Klemanski asked. “If you’re a Republican to begin with, your first reaction is to find non-governmental solutions to whatever problems or challenges you think exist.”

Slotkin, for one, has found a way to endear herself to this more highly-educated, more-affluent voting base by not pacifying them with vague political talking points. Kowalski asked Slotkin to adjust the $2,000 savings cap for adults with special needs who are receiving Social Security. The rate hadn’t been changed since the early 1970s.

Slotkin found a Republican cosponsor and started getting it done.

This type of work has gone unnoticed. Recently retired Rochester Hills resident Roy Goldsberry is a lifelong Republican who voted for Rick Snyder, John McCain and Mitt Romney in the past.

“I’m constantly amazed that 90%, or whatever the number is, of Republicans are supporting what Trump is doing,” he said earlier this cycle. “I think it’s ridiculous. He’s incompetent. He’s in it for himself and he’s not doing good for the country from what I can see.”

A MIRS/Mitchell Research and Communications poll done last week found Slotkin winning in Rochester Hills and Rochester with 54%. Joe Biden was at 50%. Just eight years ago, Republican Mitt Romney won this community with 55%.

When the city earned a spotlight from the TIME MONEY magazine, it was described as “a bucolic place, known for safety, good schools, and a strong economy.” Mentioned by the publication, the 71,128-person city had a median family income of $95,710 and the median value for homes was $223,754.

Darnoi warned that not all Trump’s supporters are “all on the lower side of the economic scale.”

“There are a number of individuals whose net worth is very impressive (and) very high who are Donald Trump supporters. Again, you’ll see in areas like Rochester Hills, which is considered a very wealthy area, people who support Trump. What appeals about Trump crosses economic barriers,” Darnoi said.

Now the state senator representing Rochester Hills, Mallory McMorrow, said the Republican clutch on these Oakland County neighborhoods has started to chip away.

“A lot of it has to do with the shift of where the Republican Party has gone. It has gone much further to the right, it’s a lot more focused on social issues and kind of demonizing immigrants,” she said. “That’s not the type of Republican you really see in Rochester/Rochester Hills.”

She said they’ve seen the party they once considered themselves to belong to moving away from their values of individual liberties and fiscal responsibility.

That’s good news for state House candidate Barb Anness, a local school board candidate who is looking to replace the term-limited Webber.

She’s in a neck-and-neck race with Republican Mark Tisdel, the City Council president who has been active in community charities and various non-profits. He’s a good fit for a community that Darnoi says is drawn to its own success stories.

“Look at Mike Bishop, my former boss, his father represented the area and then Mike represented the area,” Darnoi said. “Prior to going to D.C., he was very much the embodiment of the Rochester Hills area, always focusing on family issues, focusing on economic development issues and he and his wife (were) very well known throughout the community.”

He described the ideal candidate as having the “local boy-done good” storyline.

However, Slotkin’s 50.6% victory over Bishop in November 2018 might leave one to wonder: How many seats are left for the area’s golden boys?