Author remembered for penning ‘The Bible’ of Michigan architecture

‘The Buildings of Michigan’ remains a go-to for historians 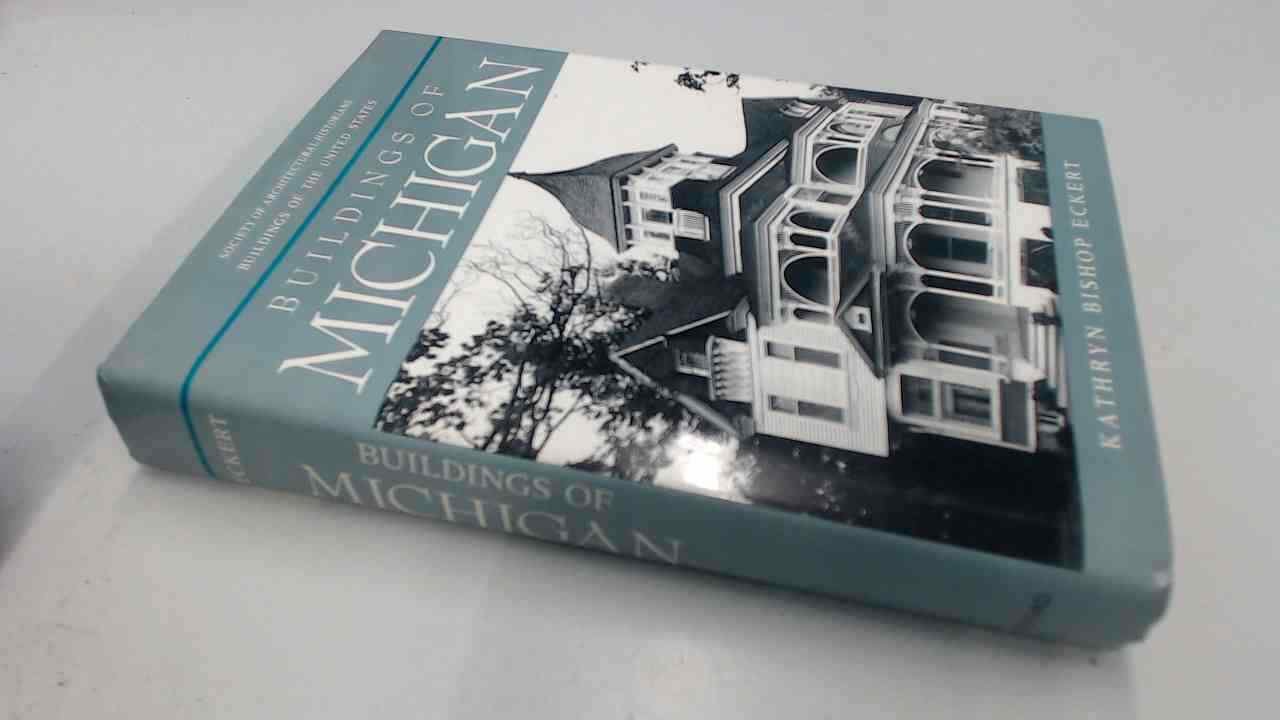 "The Buildings of Michigan" was first published in 1993 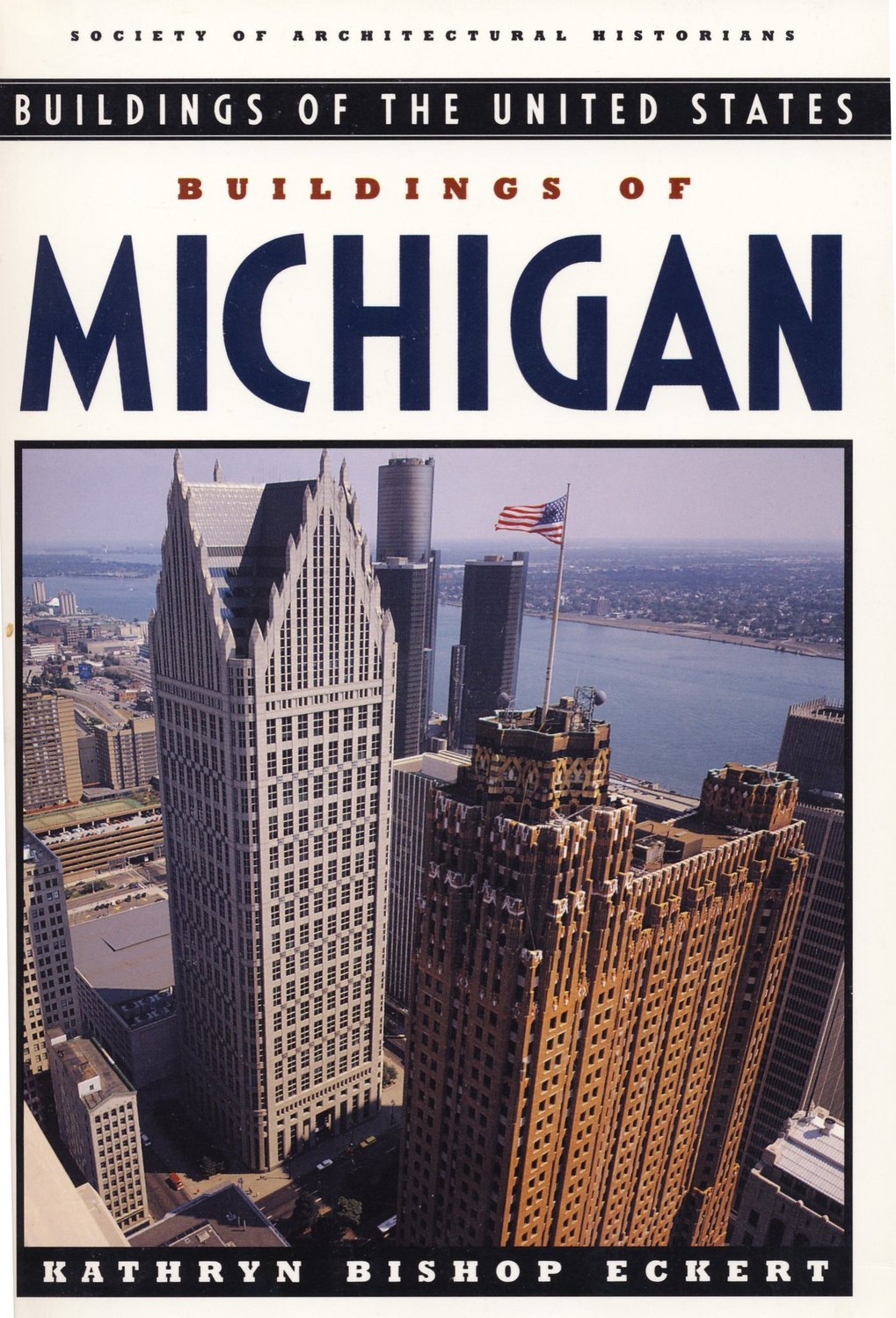 With the recent death of Kathryn Anne Omoto, the Mitten State lost one of its true architectural history buffs. The author died at her home in Elk Rapids, Michigan, this past week. She was 86.

Omoto dedicated her life to preserving the state’s architectural history and from 1970 to 1997 was Michigan’s historic preservation officer.

Some might know her by the name Kathryn B. Eckert — the name printed on the cover of her monumental book, “The Buildings of Michigan.” First published by Oxford University Press in 1993 for the Society of Architectural Historians, it became “the bible” of Michigan architecture, according to Omoto’s former colleague Laura Ashley.

“She inspired a generation of architectural historians,” Ashley said. “I was blown away by the information she had in her head.”

Ashley went on to direct several programs in the state’s history organizations, including Michigan’s Historical Marker Program. Along the way, “The Buildings of Michigan” was always nearby.

“In the office, when someone asked a question about historic buildings, we would ask, ‘Did you look in the bible?” she recalled.

Looking back, Ashley said her mentor taught her how to dig deeper while researching. From landmark buildings and the homes of the wealthiest to unique vernacular buildings, nothing was off limits. They all had a story to tell.

“Kathryn would always ask why a building was built that way,” she recalled. “She took into consideration the influence of where the people came from who built the building.”

In the sprawling 602-page book, which features 1,000 entries and 400 photographs and illustrations, Omoto and her contributors provide a broad view of everything from Detroit’s Guardian Building and the Fisher Theatre to the livery stable down the street. In the Lansing section of the book, Omoto digs into the Capitol, but also the more ordinary Clarence L. Munn Ice Arena and MSU’s former University Village.

And not only did the book consider the great houses of automobile entrepreneurs in Grosse Pointe, the massive factories of Albert Kahn and the mid-20th-century buildings of Alden B. Dow and Minoru Yamasaki, but also the work of hundreds of local architects, like Lansing’s own Darius Moon.

Over in Bay City (my hometown), Omoto details the high Victorian Sage Library, the Richardsonian Romanesque City Hall alongside the wood-frame clapboard Mader and Joseph Trumble House, which served as a wayside stop for travelers in the 1800s.

Sandra Clark, now the director of the Michigan History Center in Lansing, who worked closely with Omoto for several years in the various reiterations of the State History bureaucracy, said: “She made people aware of the importance of historic structures in Michigan. As head of SHPO (the State Historic

Preservation Office), she really established the preservation ethic in Michigan and made it into a professional program.

“Also, during difficult discussions with developers, she was compassionate with them and had a way of taking all the anger out of the air,” Clark added.

Another co-worker, Robert Christensen, who closed his career as Michigan’s coordinator for the National Register of Historic Places, also recalled her dynamic eye.

“Omoto was able to open a lot of eyes about historic architecture,” Christensen said. “She wanted to consider a whole range of styles and building materials.”

He pointed to how the book considers the breadth of Michigan architecture and contains entries of everything from Perma-log homes to simple field stone structures in Northern Michigan.

Christensen also said Omoto was an expert in the use of local materials and was especially attracted to sandstone and limestone building materials. She even wrote a book, “The Sandstone Architecture of the Lake Superior Region,” highlighting those structures. Beyond that, she also authored “The Campus Guide: Cranbrook,” which examines the vast trove of architecture and artwork of Cranbrook.

And that passion never ceased. All her friends and fellow workers knew of Omoto’s love of northern western Michigan and especially her love of the Leland area. Most recently, among other preservation missions, she worked diligently with locals to help save her beloved Fishtown — carrying on a long tradition of preserving Michigan’s Architectural legacy.

In the preface to the first edition of the book, Omoto thanked her many co-workers who helped with the book and wrote: “As a lifelong resident of Michigan, the rewards of this project have been enormous. The countless buildings that have sheltered or surrounded me all my life are now my intimate friends: each has told me its story, and I have pressed close to hear and to learn.”

Good advice from a whisperer of Michigan architectural history. Long may her legacy stay with us.

Get your Phil and more