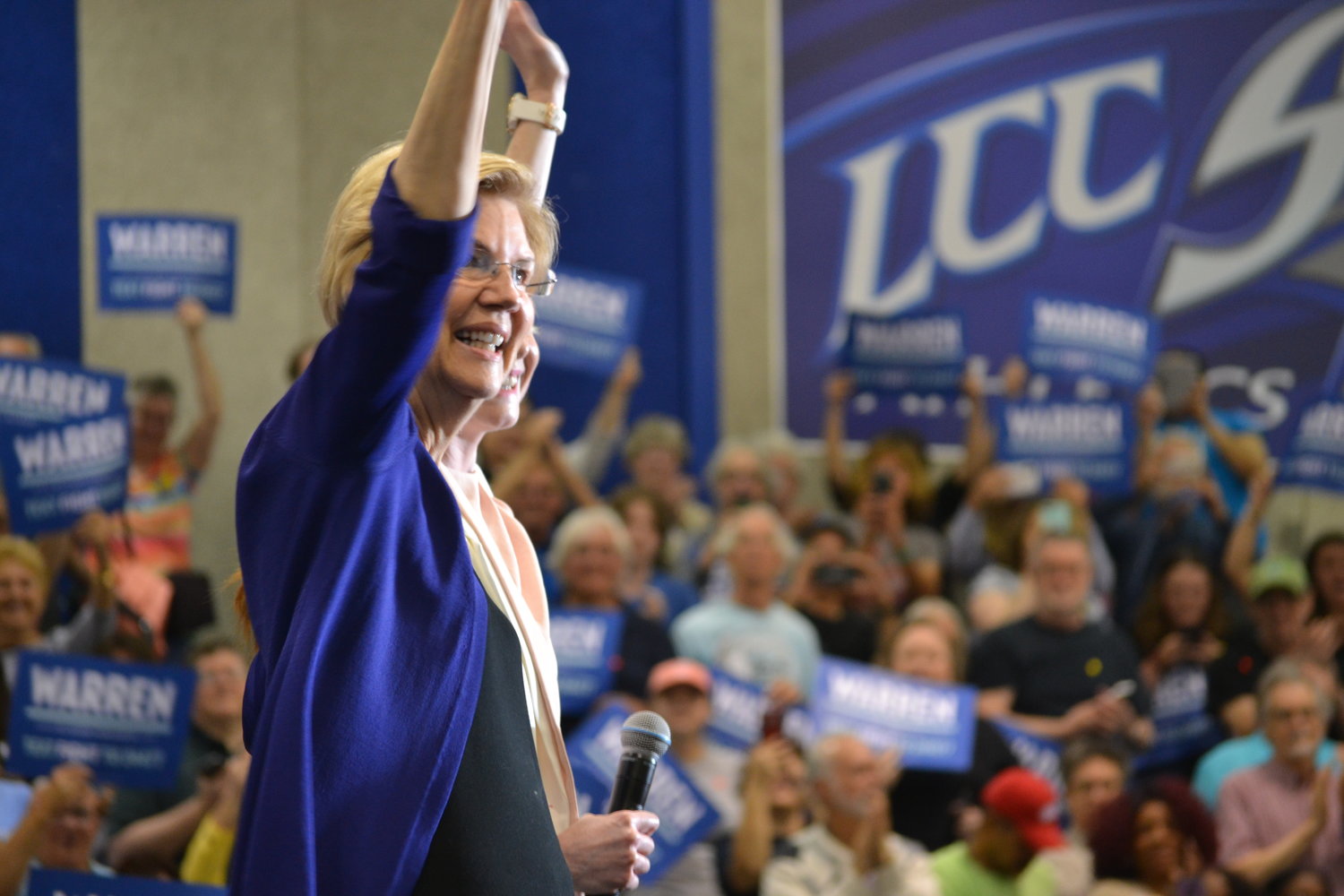 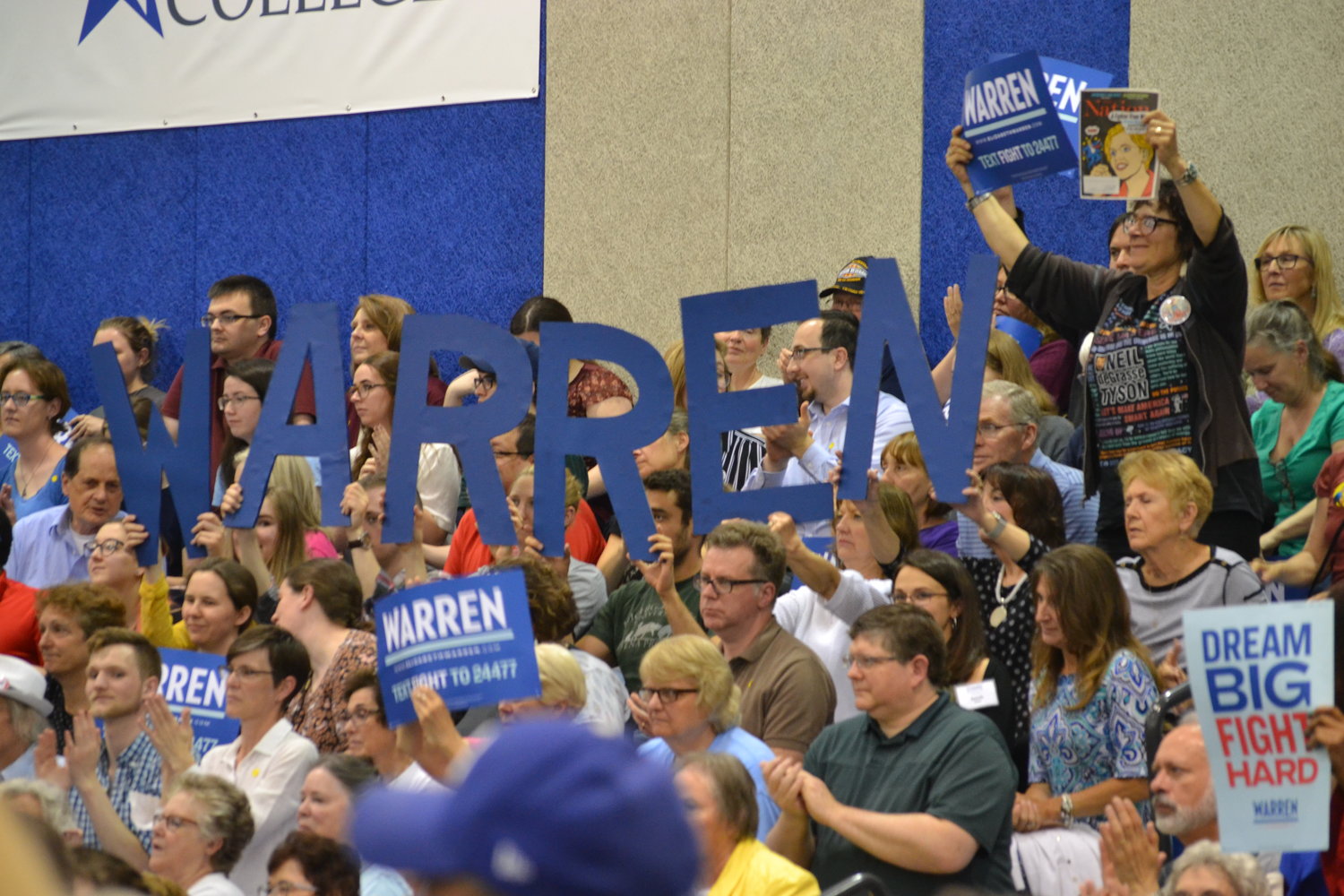 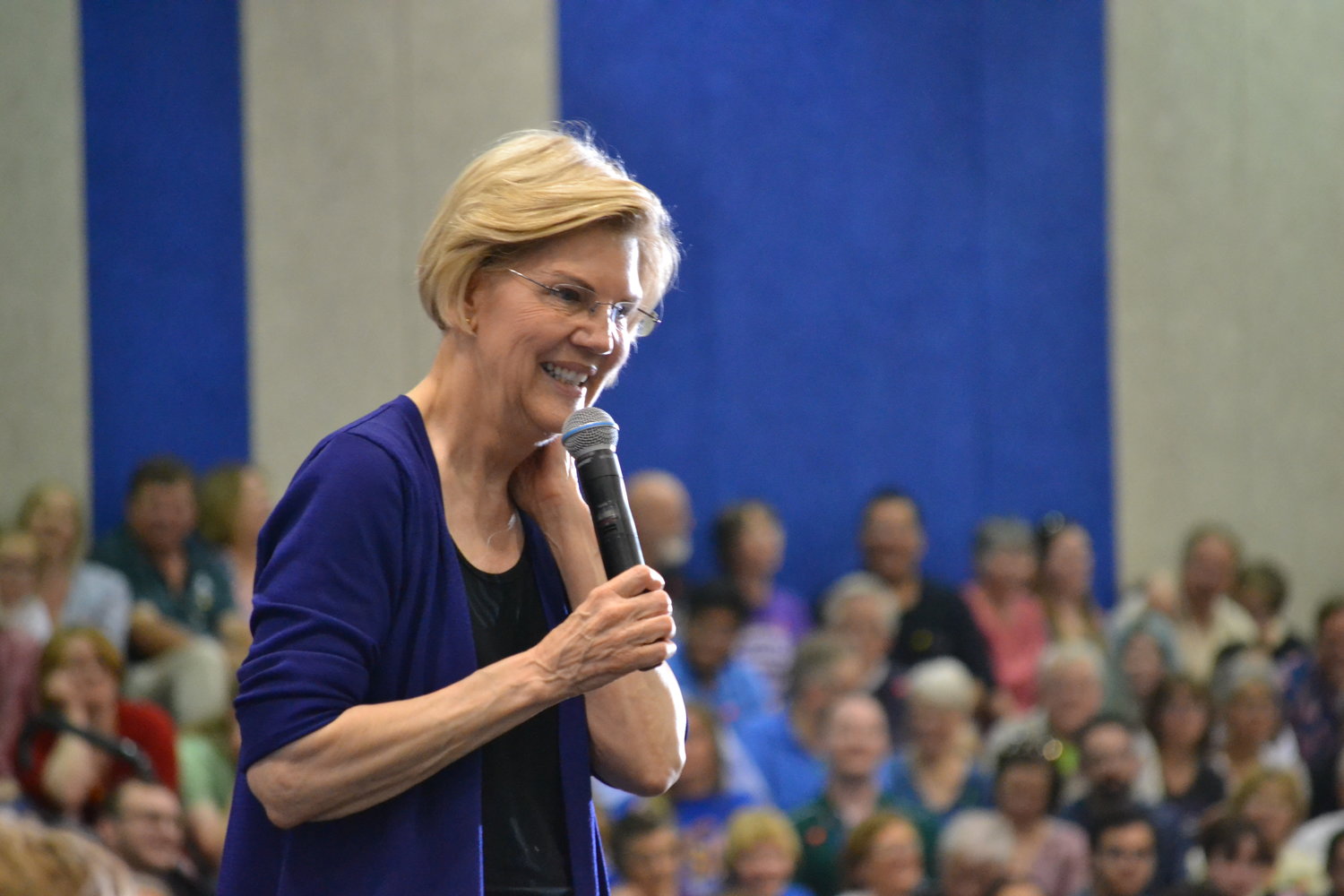 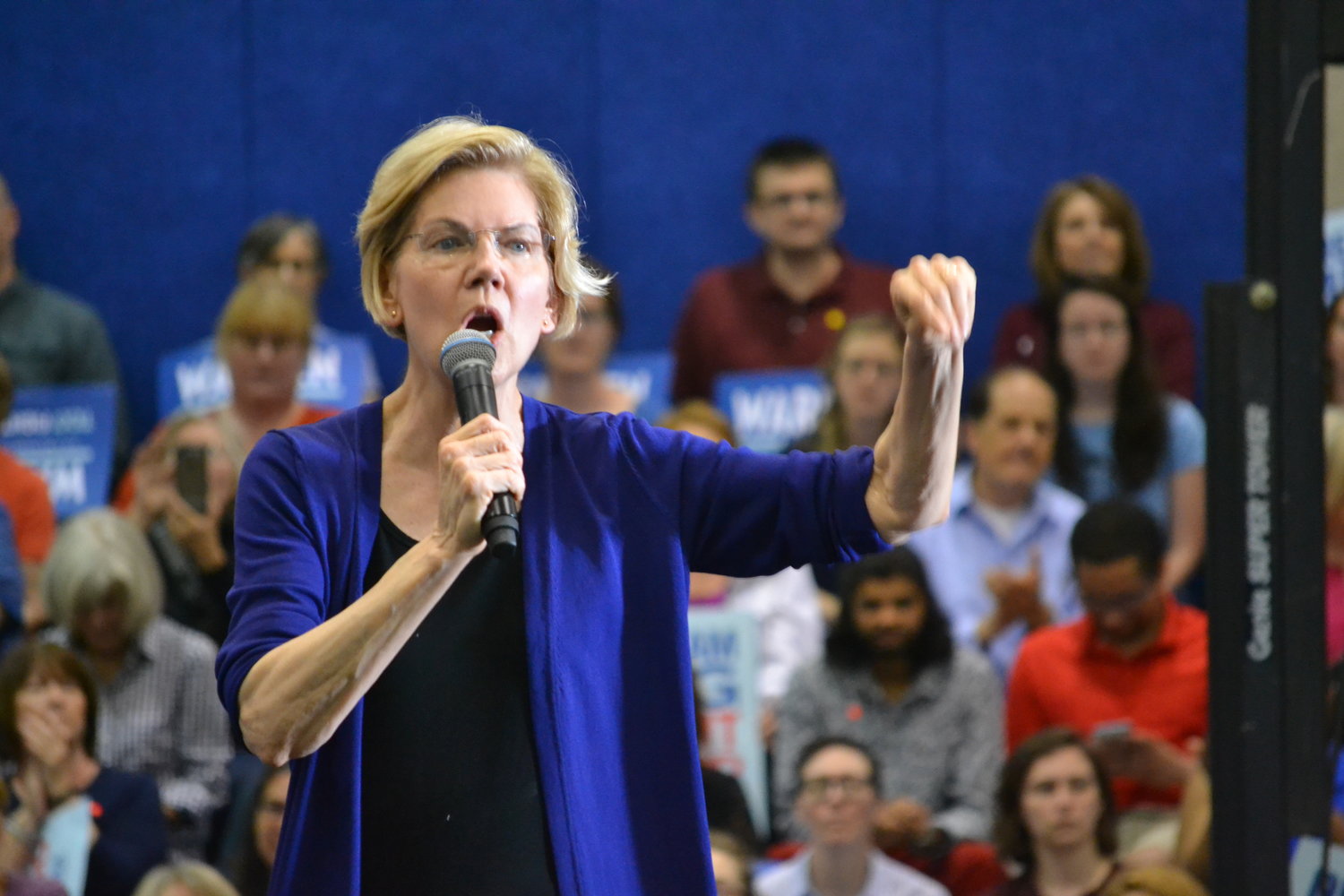 For just two pennies levied on a sliver of the American population, U.S. Sen. Elizabeth Warren, D-Mass., said her proposed "wealth tax" could pay for everything from universal pre-K education to wiping out nearly all student loan debt, and more.

The wealth tax was a piece of the Democratic presidential hopeful's anti-corruption plan that she explained Tuesday night in a crowded gymnasium on the Lansing Community College campus, where more than 1,500 attended.

Warren also stumped at an earlier event today in Detroit, but that didn't stop her from staying more than an hour after she finished speaking around 8 p.m. when she promised "selfies" to anyone who lined up to get a picture. The line of likely hundreds of people had completely evaporated by the time she left the building.

The Massachusetts senator got applause lines every time she announced, "I have a plan." And the new plan today was Warren's three-point jobs plan she said would create 1.2 million new jobs, which also doubled as a climate change-fighting initiative.

Saying climate change is a "survival threat" to the world, she proposed increasing research and development into clean technology by "tenfold," with the caveat that companies that benefit from the research must set up shop in America.

She also suggested $1.5 trillion investment 10 years in "buying green" and thus making the federal government go "entirely carbon neutral," and she wrapped up by saying America needs to take that research and innovation and "sell it to the rest of the world."

Warren led off with her jobs and climate change plan, then segued into her personal backstory as she documented her rise from her upbringing in Oklahoma to her career as a special education teacher, professor and U.S. senator.

She spoke about the bumps along that journey, including a joke about her first marriage ("It's always a warning sign when they have numbers") and losing a teaching job after being "visibly pregnant."

Warren slammed big corporations (they're not loyal to their workers or Americans, she said, just their bottom lines) as well as Washington (the government there works great — for the giant drug companies, she said) before launching into her anti-corruption plan.

She declared it to be biggest since Watergate, and it included everything from "ending lobbying as we know it" to blocking the "revolving door between Wall Street and Washington" to overturning Citizens United, as well as requiring all candidates running for federal office to post their tax returns.

But a central piece was the "wealth tax" she said would only affect the top "one-tenth of the one percent" that would involve them pitching in "2 cents" on the dollar made after the first $50 million, plus every dollar after that.

"You make it really big, one of the handful of giant fortunes in this country, then put in 2 cents so everybody else has a chance to make it," she said to the crowd, which turned into an applause line.

From collecting that tax revenue, Warren said that'd pay for universal childcare, universal pre-K education for all three and four-year-olds, a pay hike for childcare workers and preschool teachers, tuition-free post-secondary education to trade school, community college or a four-year institution; and canceling out student loan debt for 95 percent of those who carry it.

For Sarah Shepard, a self-described later-in-life college student who attended the town hall event, she said she likes that Warren "doesn't seem like she's bought and paid for by anybody.”

“She has the common people's interests at heart."

Warren was introduced by Sen. Mallory McMorrow, D-Royal Oak, who said she was got a call from Warren just days after she flipped the 13th Senate District in 2018. McMorrow said Warren quizzed her about Michigan and her district and about what Michigan voters were interested in.

The town hall concluded with three questions from three people who were said to be randomly picked based on numbers on tickets they got walking through the door.

Warren fielded a question from a Mason woman who asked how she would "evict Donald Trump from the White House – the president never came up directly in Warren's speech.

Warren said she wouldn't "back down from a bully" but also asked, "What has to be broken in a country to elect Donald Trump?"

The Massachusetts senator also was questioned by a man concerned the Democrats hadn't learned their lesson and would give the nomination to former Vice President Joe Biden, considered the front-runner in the primary based on polling. Warren said she appreciated the question and reminded the crowd the primary "is us."

The final question came from a 7-year-old boy, Owen Fletcher, from Ithaca, who asked Warren how she's going to keep kids safe in school. That led to Warren calling for universal background checks, closing the gun-show loophole and taking "weapons of war" off the streets.

Meanwhile, the Michigan Republican Party today slammed Warren ahead of for being "out of touch" for "vouching for a complete government takeover of healthcare, increasing taxes, or pushing the job-killing Green New Deal."

"In a last-ditch effort to save her struggling campaign, I find it laughable that the senator has decided to come and try to pitch radical policies that would cripple Michigan's farming, manufacturing, and auto-industries," said MRP Chairwoman Laura Cox, in a statement.