This Lansing weed brand is still fighting the war on drugs 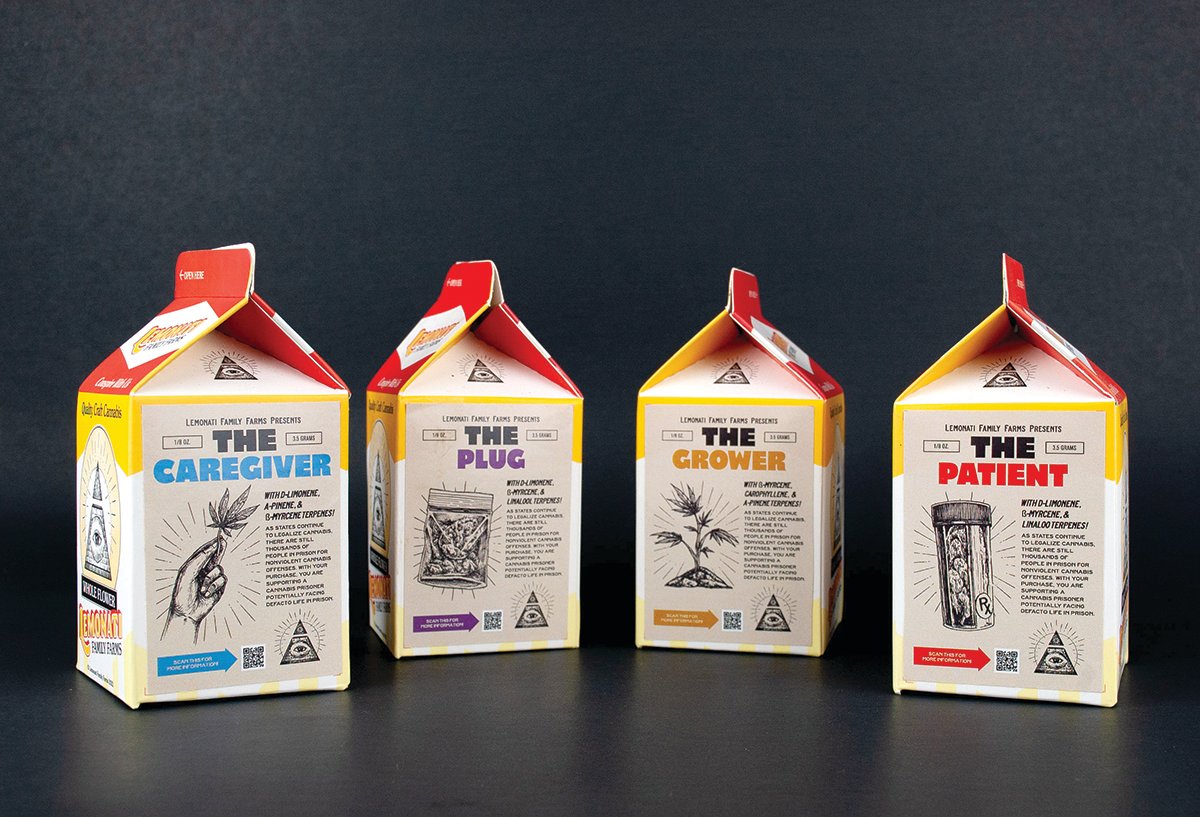 It’s estimated that there were more than 40,000 people across the country still locked up behind bars last year for nonviolent, marijuana-related crimes — including hundreds of inmates in Michigan, where recreational pot has been legal for adult use for longer than three years.

Nationwide examples of the lingering war on drugs are seemingly endless:

Kerry Collier is serving a 20-year sentence for conspiracy to distribute marijuana; he isn’t set to be released for another six years. Maurice Anderson will be in prison for at least another decade on a similar set of cannabis-related criminal charges. Edwin Rubis and Dannye McIntosh are also locked away for decades for other weed crimes — none of which involved violence or theft.

Freedom Grow, a California-based nonprofit organization that’s dedicated to providing a broad range of support to those inmates, lists dozens of other individual examples on its website — including at least one inmate who, with the group’s help, received a presidential pardon in 2020.

Injustice just doesn’t sit right with Alex Martin, cofounder of Lemonati Family Farms, a Lansing-based company that decided this year to start giving back to his founding fathers — the former black market pot farmers and weed dealers who laid the groundwork for the industry.

Lemonati Family Farms runs an indoor hydroponic growing operation field on Kalamazoo Street near Art’s Pub. (No, not that Black building. That’s another grow operation.) The company is driven with a simple mission: be the “dopest cannabis company in all the land” with the most unique strains and the flashiest packaging. Martin is also dedicated to raising awareness of lingering injustices for those still imprisoned for pot.

The “Defiance” series aims to bring attention to the plight of cannabis prisoners by donating $1 of every eighter sold to Freedom Grow. The funds will be used, in part, to support prisoners — including those mentioned above — with commissary cash, legal support and educational help.

Each strain is named after key positions within the cannabis industry that have proven to be historically dangerous and irreparably life changing: Caregiver, Patient, Plug and Grower.

Unfortunately, local availability is limited, at least for now. Pot shops in Ann Arbor, Muskegon and Kalamazoo had them stocked last week. I was lucky enough to get my hands on some of the first harvest. And as usual from the pot wizards at Lemonati, the quality was second to none.

This strain, my personal favorite of the new series, is an indica-dominant crossbreed of Strawberry Shortcake and Sunset Sherbet. It has a sweet, piney flavor profile with notes of hops, cinnamon and orange. This is my ideal after-dinner smoke for a night binging Netflix on the couch.

This strain — a cross between Wedding Cake and Gelato 33 — is a reincarnation of “Aries” from Lemonati’s old Zodiac lineup, otherwise known as Ice Cream Cake. It’s also Martin’s personal favorite of the bunch, which explains why he brought it back for another go-around. The effects: Immediate relaxation and anxiety relief. Smoke this after a long day at the office.

This strain, a cross between Zkittles and Wedding Cake, was the spiciest (and purplest) of the bunch with pungent notes of black pepper, orange, pine and cinnamon — maybe a touch of turpentine. Like the other strains, I found one joint to produce some immediate calming effects with much more of a full-body, muscle relaxing high rather than any sort of major mental effects.

The Plug is definitely the sweetest tasting strain in the new series. The dark purple nugs smelled sort of like freshly baked banana bread and, like the others, carried some strong spicy notes of cinnamon, pine and hops. I also picked up some berry flavors with a touch of lemon.

One joint triggered a wave of sedation that left me struggling to do much of anything at all.

Kyle Kaminski is City Pulse’s managing editor and a cannabis enthusiast who has been smoking marijuana just about every day for the last decade. Almost weekly, Kaminski samples some of the best cannabis products available in Greater Lansing, gets real high and writes about them.

It’s almost Jack Herer Day. Who — and what — is Jack Herer?