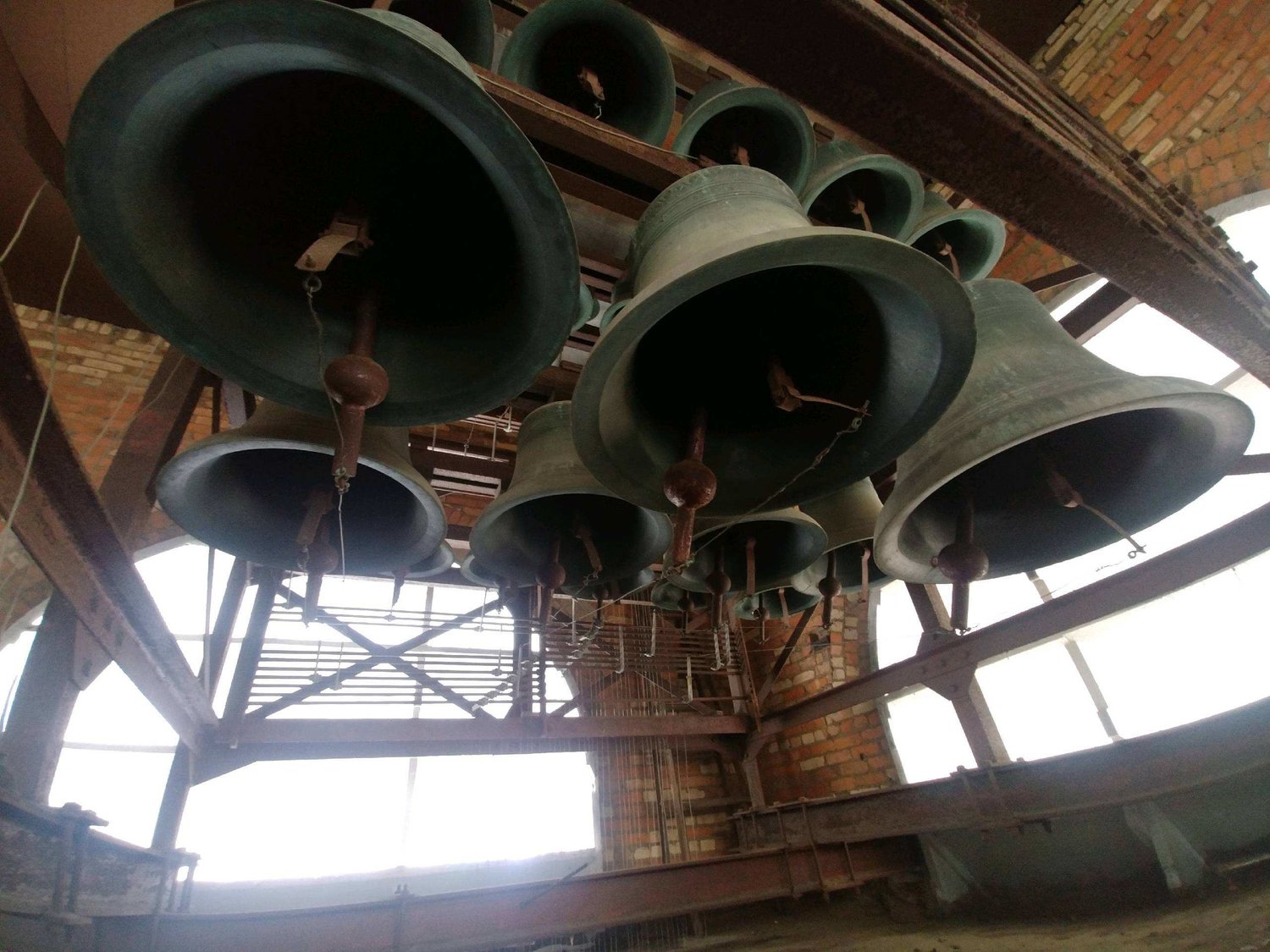 The bells in the Central United Methodist's bell tower were cast by a foundry in Holland.
Dennis Burck 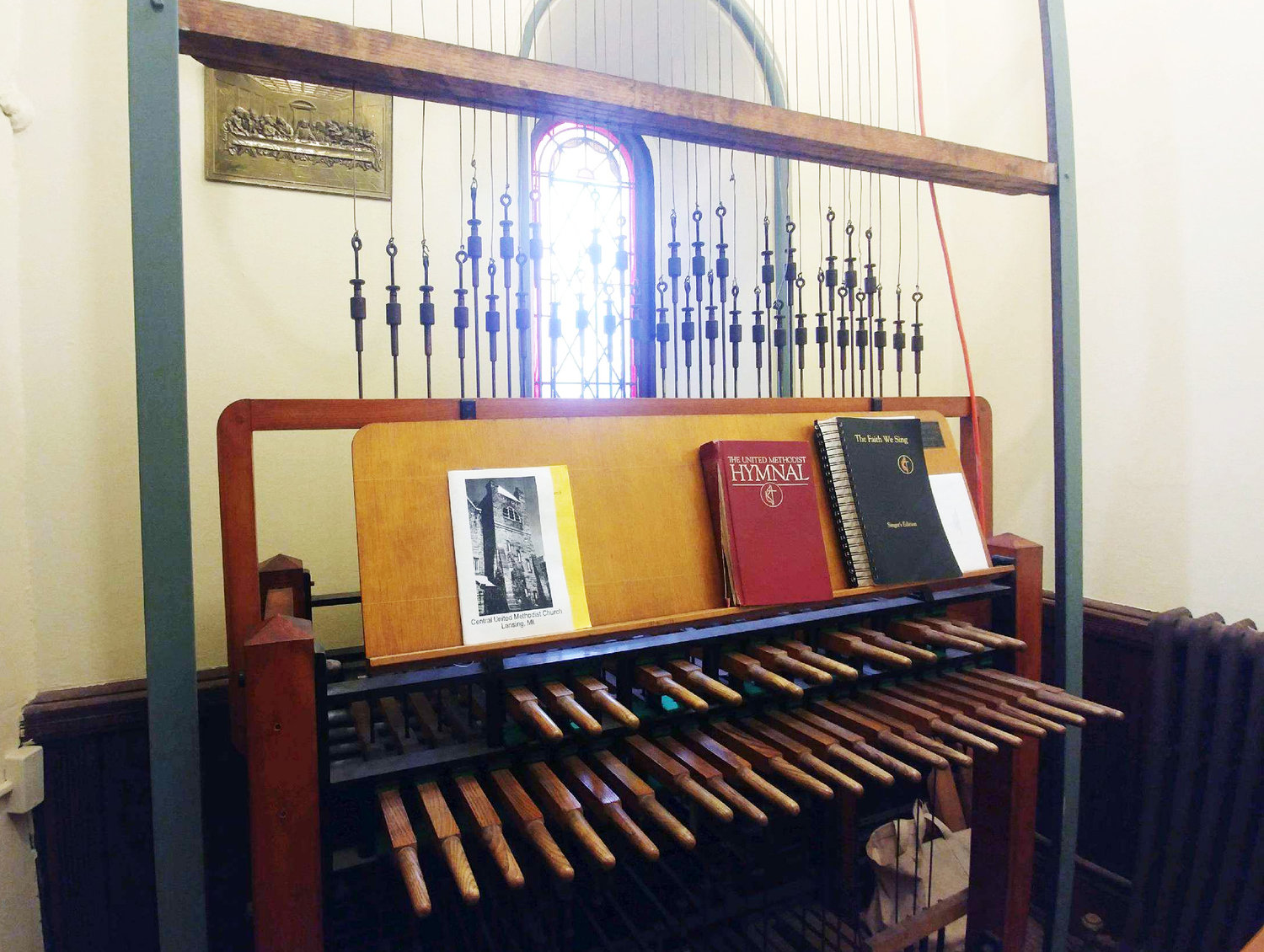 The Central United Methodist Church carillon was installed in 1951 with 36 bells ranging from 9 to 760 pounds.
Dennis Burck 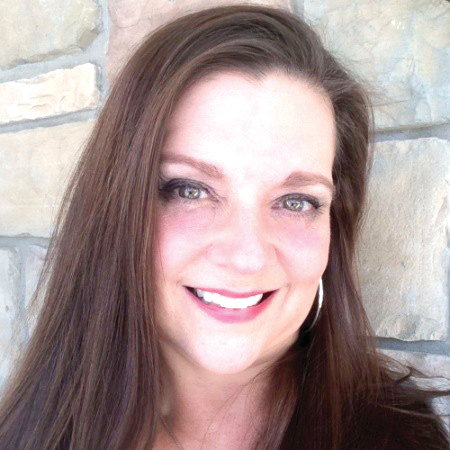 In the cold and wispy bell tower of Central United Methodist Church, the 36-bell carillon will ring out Christmas carols for all to hear during the Silver Bells in the City celebration Friday.

Carillonneur Janet Geissler will operate the mechanical levers of the instrument leading to bells weighing as much as 760 pounds.

The instrument is one of only 200 true carillons in the United States, Geissler said. It was installed in Central United Methodist in 1951 and handcrafted by the Dutch bell foundry Fetit and Fritsen, which made bells since 1660.

“It is a fairly easy instrument to learn, but it is a little trickier to master,” Geissler said.

The instrument is not played like a piano though it is similarly arranged. A carillonneur must strike the keys with fists to depress the levers hard enough to carry the tune.

What makes Central United Methodist’s carillon exceptional is most churches these days ring their signature bells through speakers or with computerized methods, Geissler said.

“Beaumont Tower’s bells ring computerized every quarter-hour and at 5 p.m. with the alma mater,” she said, refering to the carrillon at Michigan State University.“Central’s isn’t like that. When it is ringing, it is a real person playing.”

Central and Beaumont Tower are the only two traditional carillons in the Lansing area, as defined by the World Carrillon Foundation.

Aside from Silver Bells, Geissler plays the carillon every Sunday morning. She said she enjoys playing the hymns “Joyful Joyful We Adore Thee” and “Morning has Broken.”

But the carillon can be used to play anything from rock standards like “Smoke on The Water” to Bach’s “Toccata and Fugue,” she added.

National carillon player Frank DellaPenna, aka Cast in Bronze, took the instrument to its limits after embarking on a tour with the two-ton instrument in tow. In 2012, he showed off his energetic reprisal of the fading artform on national television for “America’s Got Talent.”

By far the biggest obstacle to the carillon craft is the availability of the instrument, Geissler said.

“Unlike the piano or flute at home, you can't practice at your convenience since it is not portable. I’m lucky because I work downtown and am available at lunchtime or after work.”

Geissler said, Michigan is home to 14 of these instruments.

Though it is made of high-quality materials, the mechanics of the carillon at Central United Methodist show some signs of wear after its near 70 years of service.

“It is in need of some reconditioning beyond our current budget,” Geissler said. “We will continue to use it to the best of its ability. Sometimes I modify it if there is a note where the wire is broken.”

Central United Methodist Church music director Caryn Welter said technicians that specialize on carillons are few and far between in the U.S. Several years ago, a team of carillon specialists from the Netherlands stopped by to observe the condition of the historic instrument.

“They looked at the system and said for about $45,000 they could go over it and redo what needs to be redone. Most churches can’t afford it. It’s a concern.”

Despite carillons being fairly rare in the U.S., there is still a dedicated course at MSU for those interested in the craft, Geissler said.

“It is truly an amazing instrument.”