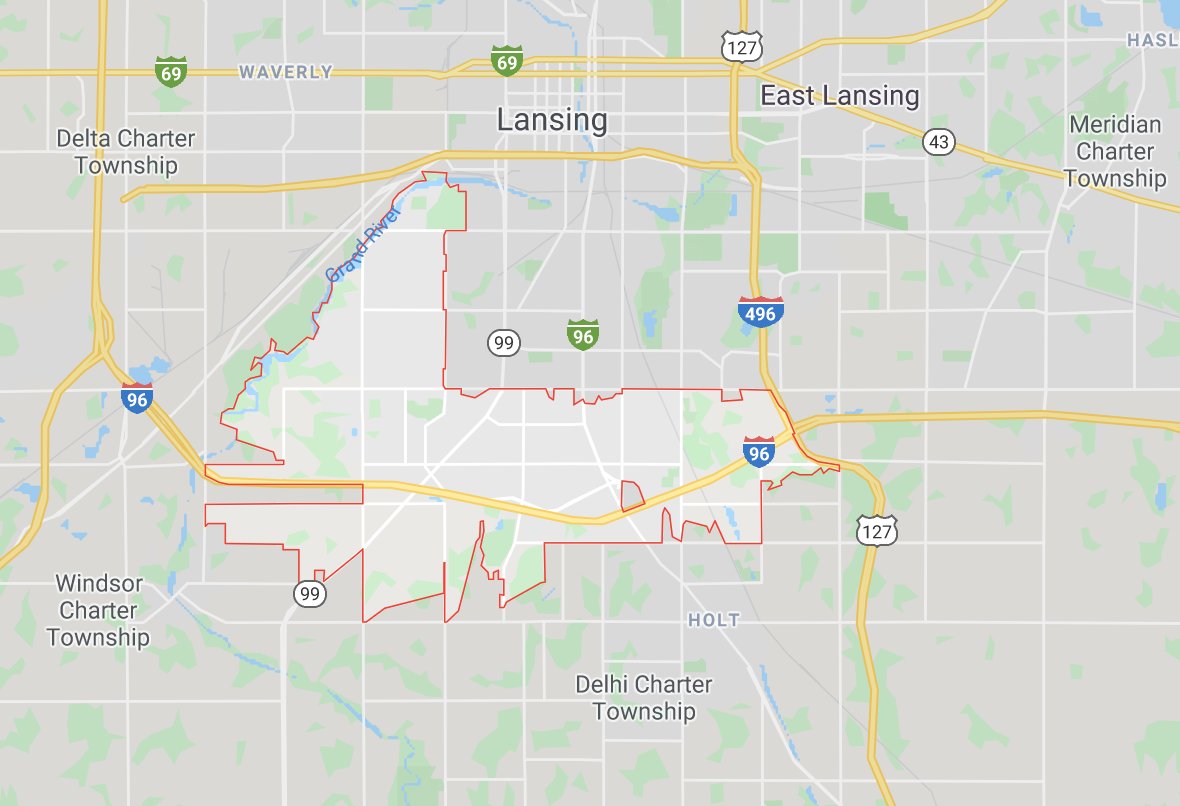 FRIDAY, May 8 — The Ingham County Health Department is monitoring a newly detected and heavily concentrated outbreak of COVID-19 among the Asian community within a large swath of south Lansing. It’s also the county’s statistical epicenter for the virus with nearly 160 cases.

Zip code 48911 — a section of mostly south Lansing — for weeks has tracked more cases of the coronavirus than any other portion of Ingham County. This week, County Health Officer Linda Vail made an alarming discovery: That outbreak is centered on the local Asian population.

Recent statistics show that 158 confirmed coronavirus cases — or about 28% of the cases in the county — have been detected in 48911. At least 74 of those patients, or about 47% of cases in that zip code, have been identified as Asian. Vail said the recent racial disparity was shocking.

“This really is an extreme rate we’re looking at here. In most communities, the rates that we see among the Asian population are just as good, if not better, than what we’re seeing for the majority of the population,” Vail said. “This appears to be a different demographic. I expect that most of them are refugees. This isn’t so much about race, as it is about socioeconomic factors.”

County health officials speculated last week that the disproportionate concentration of cases in south Lansing had been tied to the African American community, where black residents compose about 27% of the population there compared to only about 5% for its Asian residents.

As state statistics show, this virus has had a disproportionate impact on black residents.

“I just made assumptions that I should not have made,” Vail added. “It’s a much more heavily concentrated black population, so it’s not exactly a bad guess to suspect that to be the case, especially when this virus is predominantly affecting African Americans across the state.”

After combing over the data herself this week, Vail realized the virus was taking a much more serious toll on the local Asian community. Statistics show that of those tested, Asians in 48911 were nearly nine times as likely to test positive for the virus compared to local black residents.

That disparity was even more pronounced compared to white residents, who tracked a rate of infection that was 27 times smaller than rates among south Lansing’s local Asian population.

Vail pointed to a variety of factors that could contribute to the recent Asian-centered outbreak.

“I think part of it might be a cultural and language barrier when it comes to statewide messaging about COVID-19,” Vail explained. “I suspect that most of them are refugees, and many are residing in multi-family homes and other tight apartment complexes and townhomes. It’s likely a combination of close quarters and a lower socioeconomic status with many essential workers.”

Health differences between racial groups are often due to economic and social conditions that are more common among some racial minorities than whites. In public health emergencies, these conditions can also isolate people from the resources they need to prepare for outbreaks.

“Social distancing in itself is a privilege,” Vail explained last week. “We have restaurant employees doing curbside pickup, grocery stores, places like Lowe’s and Home Depot that are still open. Those employees still see a lot of people and tend to be low-income residents.”

A variety of factors can also cause one geographic area to have more cases than another, like population density, health care and testing access, poverty, employment types and housing.

Vail said many cases have been tied directly to a large coronavirus outbreak among employees at Herbruck’s Poultry Ranch in Ionia County and the Meijer warehouse on Waverly Road in Lansing, which together employed at least 36 of the 74 infected Asian residents of 48911.

The 21 Asian residents employed at the poultry farm also account for the majority of the Lansing-area residents that have been impacted by the outbreak at Herbruck’s, the largest egg producer in Michigan. The Lansing State Journal tallies at least 34 confirmed cases at the farm.

And at least another 15 cases are associated with the Meijer warehouse, Vail said.

“I think we’ll find those two facilities are linked,” Vail said. “Someone from Herbruck’s likely interacted with that warehouse along the distribution line and brought this into the community.”

Vail said Asian culture tends to involve close-knit families living together in even closer quarters. And because they’re a tight community, Asian residents tend to stick together, Vail speculated.

“They go out and go to work but when they come back, they’re in their setting,” Vail said. “It’s almost like a congregate setting in an open-air setting. This community — especially the refugee population — tends to stick together and stay fairly contained. It’s like a village, in a good way.”

Vail cautioned residents in 48911 to avoid stigmatizing their Asian neighbors as a result of the findings. While the data may have a correlation to race, there’s no direct causation or genetic disposition that makes Asian residents more susceptible to contract or transmit COVID-19.

“We believe that race is really more of a measure of a social condition, not just a personal characteristic,” said Dr. Renee Branch Canady, CEO of the Michigan Public Health Institute and part of a new task force on virus-related racial disparities. “One of the things we’re clear about is that the COVID-19 numbers demonstrate that inequality and powerlessness can make us sick.”

Zip code 48911 is bordered near Waverly Road to the west, Willoughby Road to the south, Aurelius Road to the east and Jolly Road to the north. An outlying western portion also dips north of Jolly Road, extending north toward Mt. Hope Road to include Moores River Drive.

City Councilman Adam Hussain lives within its boundaries. He previously noted that the outbreak was a symptom of poverty and environmental circumstances in those neighborhoods.

He also said the scarcity of healthy restaurant options and fast-food joints in south Lansing is a problem, as well as the general lack of investment and economic development in the area. Dense, low-income housing paired with predatory landlords continue to tilt the playing field.

“Our most impoverished neighborhoods are deficient when it comes to these resources and, consequently, our people disproportionately suffer from the underlying health conditions that make one susceptible to severe illness due to COVID-19,” Hussain added, noting studies have proven that health outcomes are inextricably linked to factors like housing and public safety.

“I sincerely hope it has been a wakeup call for everyone charged with supporting our citizens and the next time we are faced with a pandemic, we have facilitated the necessary change that reduces the risk of exposure and severity of illness associated with the pathogen,” Hussain said.