Sistrum has something else to sing about these days 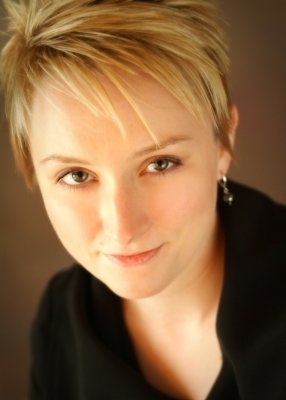 Dancing naked is usually not thought of positively. But sometimes adding a beat can make all the difference.

That’s exactly what Sistrum-Lansing Women’s Chorus did to win the Joy of Music citation, an honorable recognition from The American Prize for Sistrum’s “Dancing Naked at the Edge of Dawn” CD.

“We are very excited, absolutely,” said Meredith Bowen, musical director of Sistrum. “It was just out of the blue.”

The American Prize is a series of non-profit national competitions that recognize and award cash prizes to the best recorded performances of music by individuals and ensembles in the United States at the professional, community/amateur, college/university, church and school levels. The prize is administered by Hat City Music Theater, Inc., a 501(c)3 non-profit performing arts organization based in Danbury, Conn.

The Joy of Music citation for Sistrum came with a certificate and a written evaluation discussing their recording — what the judges liked, what they thought was unusual and what could be made better in the future.

“Even though they weren’t official winners we wanted to recognize them for their performance,” said David Katz, a composer and professional conductor who serves as the chief judge of The American Prize. “They sent their CD and we listened to that. It was so full of life and enthusiasm and joy of music that we wanted to single it out for additional recognition. We hope people in Lansing who haven’t heard the CD will make a special effort to do so.”

Other American Prize judges vary in background and experience, and include professional, community and faith-based musicians and educators from around the country.

The American Prize is judged solely through recorded performances. There is no live competition. Competitors complete an application and submit a CD, DVD or VHS video of their performances.

Bowen sent Sistrum’s CD to The American Prize and self-nominated the group.

“The CD was about being joyful and dancing and singing,” Bowen said, “and I heard about the American Prize and submitted our CD.”

Sistrum has been around since 1986, but Joy of Citation is the group’s first accolade.

Katz said the group’s energetic singing led to their recognition.

“A lot of times, a recorded chorus can be perfectly sung, but not exciting; Sistrum captured a lot of energy in their recording,” Katz said. “There were many community choruses from across the country and very few got recogontion. Sistrum should be very proud of what they’re doing.”

Sistrum celebrated its 25th anniversary during its “Singing the Journey” concert in May. The chorus will perform Mozart’s Requiem at 3 p.m. Sept. 11 at Plymouth Congregational Church. The event is part of a 40-community project in which groups around the country will perform the same piece in every time zone at the same time in a worldwide choral commemoration of those lost and those who helped others in the aftermath of  Sept. 11, 2001.