Plan would increase residential taxes $153 a year for average house 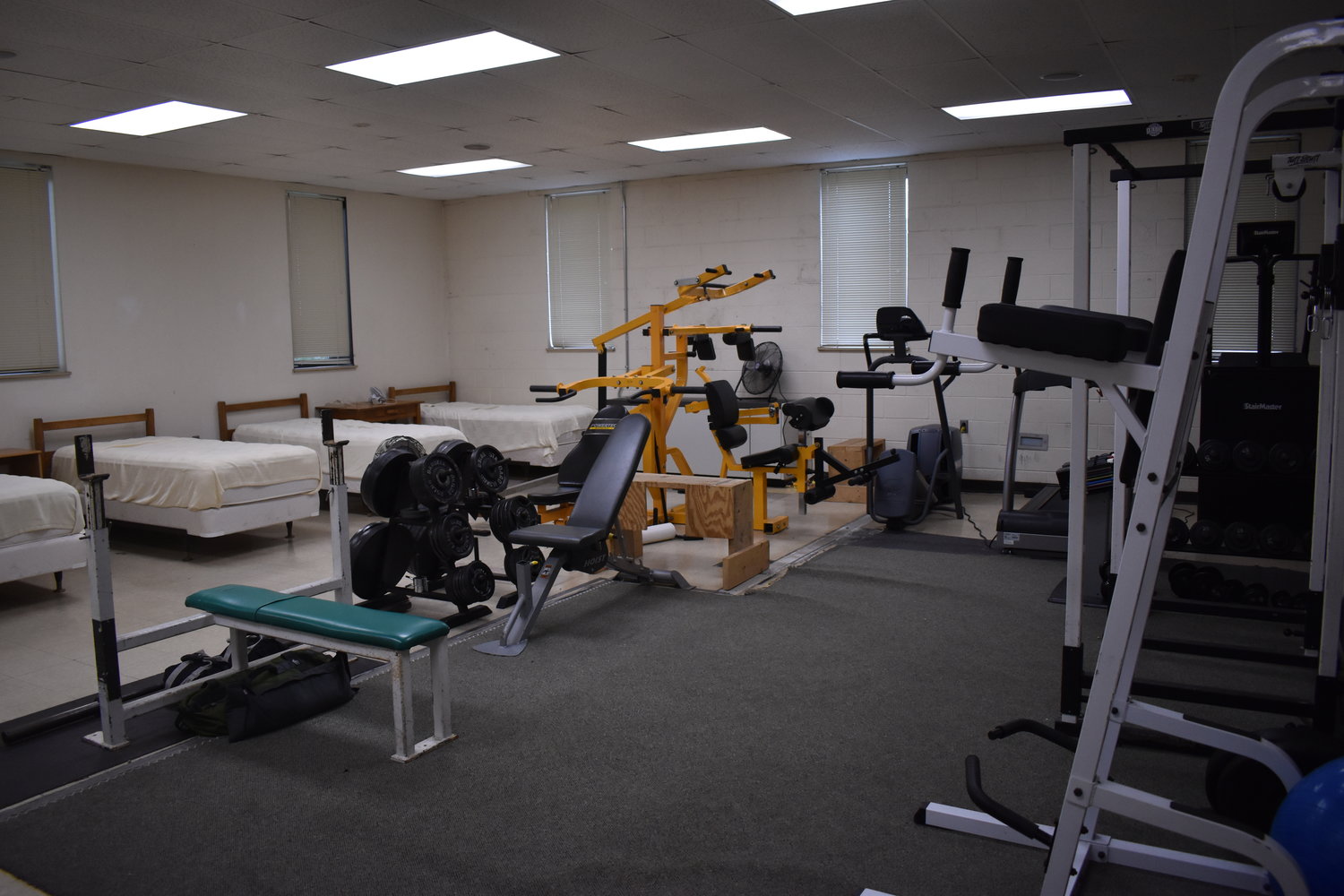 Lansing Mayor Andy Schor's proposal would include funds to improve Fire Department facilities. This photo shows how sleeping and workout equipment share the same space at one of the city's fire stations.
Courtesy 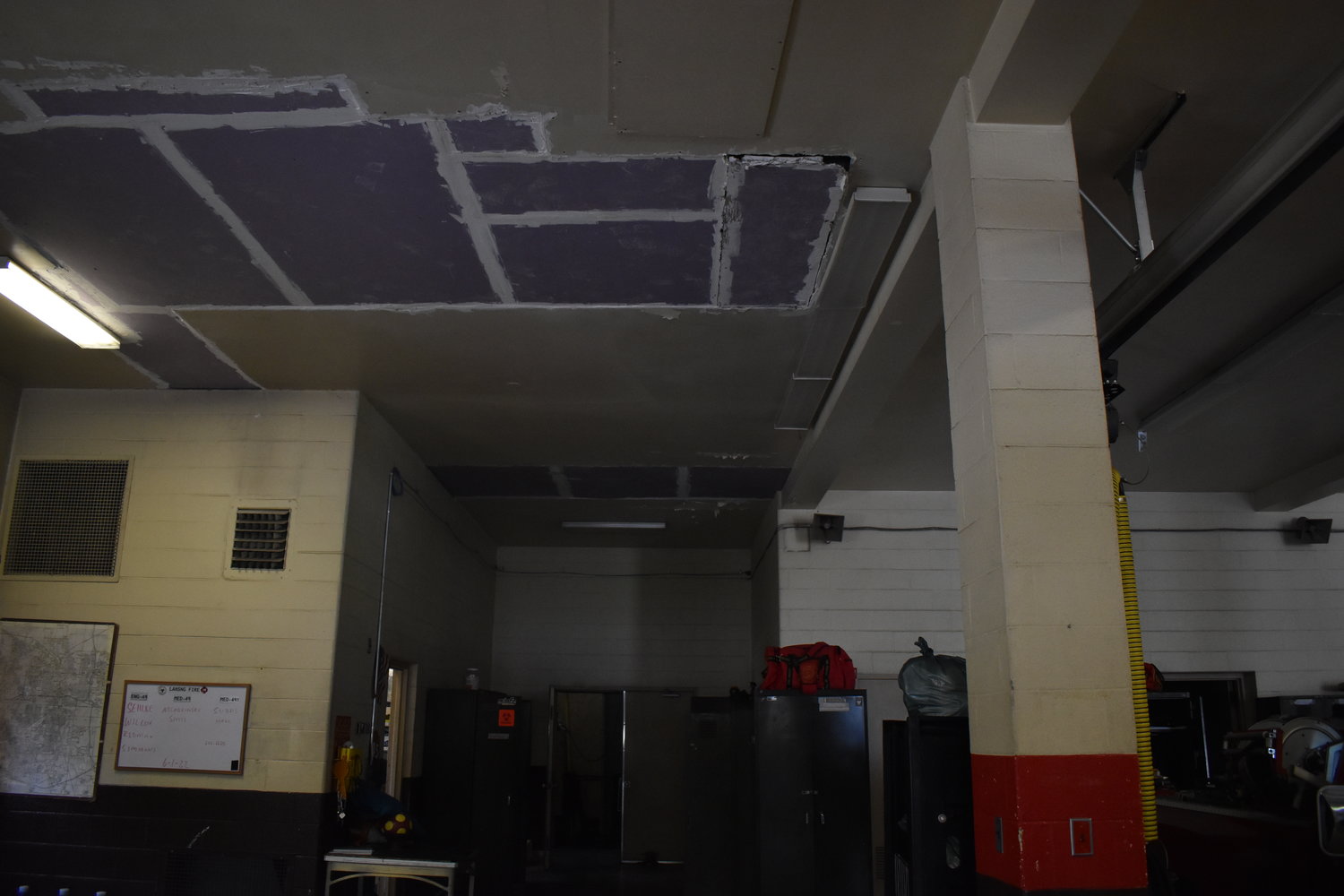 MONDAY, June 27 — Lansing Mayor Andy Schor proposed today asking voters to approve a $175 million facility to house the Police and Fire departments as well as the 54-A District Court, to be paid for with a 3.9 mill tax increase over 30 years. That would raise taxes $153 a year for the average homeowner in the city, Schor said.

Some of the funds would also upgrade existing fire stations.

In an interview with City Pulse, Schor expresssed optimism that despite growing fears of a recession and pressures on residents from inflation, the proposal will garner public support and pass.

“It’s time. This has been put off for too long,” he said. “If we wait, costs are only going to increase and so will the proposed bond costs.”

Schor announced the plan at a press conference at City Hall at 3 p.m. In his announcement, he was backed by Firefighters Local 421 President Dan Komm and Ryan Wilcox, president of the supervisors union for LPD. Schor  said his choice for developer  was  John McGraw of River Caddis Development of East Lansing.

The City Council was first presented with the proposal to create a consolidated public safety facility and fire house upgrades on June 13. He will formally introduce the 3.9 mill proposal tonight to the Council and expects the body to deliberate on it in a July meeting. The average property in Lansing — with an assessed value of $76,600 — can expect a tax bill for that 3.9 mill increase of $153 a year, Schor said. One mill is equal to 1/1000 of a dollar.

If the proposal passes the Council, it will land on the November ballot.

“This project, if approved by voters, will have a direct impact on positive and enhanced community customer service, which is the mission of our organization,” stated Fire Chief Brian Sturdivant. He said the department was “very excited” about the proposal.

The police have been using a former school on Wise Road since 2014 in addition to its headquarters at City Hall.

“Eight years later we continue to pay rent for use of that former school,” Sosebee said

The move comes out of an assessment sought by Schor in 2021 to seek proposals for optimization of city facilities.

The plan also ties to concerns about City Hall, which houses the police headquarters and lock up as well as 54-A District Court.

The combined public safety facility is essential, Schor said, because the current facilities are not a proper fit for the city’s needs. He has two independent studies produced in the last year supporting that conclusion. There are even older reviews that have raised concerns about the usefulness of the current City Hall altogether.

The police audit released in September 2021 found the police building adjacent to City Hall suffered from leaking roofs, potential fire hazards as well as heating and cooling issues in the lock-up area. The Wise Road facility, the report noted, did not have security barriers in place. The report called the current police headquarters a “suboptimal” message to residents. The report also cited a lack of parking making the downtown facility difficult to access.

Schor acknowledged the Police Department renting space from the Lansing School District in a former school was not working. The building, which also hosts the Alfreda Schmidt Southside Community Center, is not designed with law enforcement needs in mind. The location also places most personnel and police cars on the far southwest side of the city, delaying responses to large-scale police emergencies.

In addition, a 2016 space utilization study found serious deficiencies in the city’s lock up. Those concerns indicated the facility had reached the end of its useful life and was moving into being potentially unsafe. Concerns about the lock up have only intensified since 2020 when Anthony Hulon, 54, died in police custody. Former Mayor Virg Bernero added his voice to a chorus of activists calling for the city to get out of the lock-up business altogether.

Schor said he too would like to get out of the lock-up business, but has struggled to reach any deals to address the city’s needs.

Both Bernero and Schor struggled to reach an agreement with the Ingham County Sheriff’s Department to house arrestees from Lansing. Ingham County is building a new jail in Mason after the old one had to shutter certain areas due to safety concerns.

Just before he left office in 2017, Bernero called for selling the current City Hall to a Chicago developer and relocating City Hall to the old Lansing State Journal buiding on Lenawee Street in downtown.

Bernero sought to move the district court to the Veterans Memorial Courthouse and to upgrade and utilize a current lock-up facility in that building. The city would have been on the hook for the building and lock-up expansions, as well as the Sheriff’s Department deputies to run the lock up.

Bernero did not have a plan, though, for the courts.

As a candidate for mayor in 2017, Schor supported Bernero’s plan to sell City Hall to the Chicago developer. But once in office, he changed his mind because of the uncertainty over housing the lock up and the courts.

In addition, as Ingham County was preparing to identify a location to place its new jail, Bernero lobbied hard for it to be located in Lansing. That did not come through.

There were also conversations with East Lansing to combine jail facilities, but those discussions also fell apart.

Schor explored a deal with the Ingham County Sheriff’s Department to transport prisoners to the county facility. The idea collapsed because the 40-minute round trip to and from Mason, plus booking times, would keep officers off the streets for too long and require significantly more officers on the road to cover those times.

Schor told City Pulse that the consolidation of public safety and the courts  would be the first phase of his plan to vacate the current City Hall while also upgrading public safety facilities and needs.

The second independent review, released earlier this month, found the Fire Department was ill equipped, noting for instance three of its eight ambulances were out of service. The report also found the fire houses did not have proper arrangements for living quarters. There are no gender segregated sleeping or bathroom and shower facilities. In some locations, work-out equipment is located in the bunk area — forcing firefighters to work out while others may be trying to sleep. The review also found that some firehouses were so out of date that the garage doors weren’t large enough to accommodate newer fire trucks.

Under Schor’s proposed mill increase, the facility issues in some of the city’s firehouses would be remedied, while fire administration would be consolidated in the new building. The Fire Department headquarters is housed at Fire Station #1, at 120 E. Shiawassee St., at the corner of Grand Avenue.

The issue of equipment may be addressed when the City Council takes up dueling proposals on how to spend nearly $25 million federal American Rescue Plan dollars. The Council’s Ways and Means Committee eliminated specific organizational allocations proposed by Schor in favor of  investing it into city needs such as ambulances, fire trucks and other needed equipment for first responders and police. Schor will propose a second appropriations resolution this week matching many of the funding proposals offered in the Ways and Means Committee proposal.

Focusing on the public safety and court needs will unwind issues that have bogged down previous attempts to relocate City Hall and consolidate all city operations under one roof.

Bernero was pushing the City Council to approve a $50 million plan to sell the current City Hall facility, which houses many of the city departments, City Council, the Mayor and City Clerk’s offices as well as 54-A District court, a city lock up and police administration.

Under the plan Bernero pushed, the building would have been sold to Chicago developer Beitler Real Estate Services. In exchange Beitler would have purchased the former Lansing State Journal building, at the corner of Lenawee and Grand Avenue. Beitler would then transform the current City Hall and police facilities, which began construction in 1956 and opened in 1958, into a hotel and eatery overlooking the Capitol. Beitler would have a 99-year land lease deal, paying the city $225,000 a year plus property taxes. Under the proposed deal, the city jail and courts would have to find  separate location.

In November 2017, Bernero made a last ditch attempt to run the Beitler deal through a skeptical City Council, but such a move would have required a special December meeting. At the time, Council members were questioning the construction of a new city hall, without addressing where the district court and lock up would be relocated.

“If we want to recruit new officers, we need appropriate facilities,” Schor said. “The court has long had concerns about its safety. By moving forward on this combined facility, it opens up our options for a new city hall facility by removing the most significant barrier from the conversation: the city lock up.”

Schor said he plans to begin the process for deciding on a new city hall location as well as finding a buyer and developer for the current City Hall as he and his administration work to get the public safety consolidation building underway.

“We will walk and chew gum on this,” he said of addressing the two major issues preventing an exit for the aging City Hall facility.

If voters approve his plan, Schor said he wants the new public safety building near the city center. He declined to confirm what properties he might be eyeing for the project, to prevent a bidding war.

The approximate center of Lansing is the intersection of Mount Hope and Washington avenues.

About two blocks south of the intersection is a large, empty parking lot. It was abandoned by McLaren Hospital earlier this year when its new facility opened closer to Michigan State University. The parking lot was used by hospital employees, who were then shuttled to the hospital.

It sits next to the South Washington Office Complex — SWOC — which used to house the Michigan National Guard and is home to the election unit for the city clerk. It also houses the city’s media center, which is slated to move downtown to the proposed new performing arts venue. The city is still fundraising the estimated $21 million needed to build the full project at Washington and Lenawee. State and local officials have already come up with $10 million for that project.

It is possible that SWOC could be repurposed or demolished to make way for the new public safety facility and could encompass a part of South Washington Park, Schor said.

Both the former National Guard building and the McLaren property are on Schor’s short list of locations for the new combined public safety facility, he said.

Despite the growing concerns about the economy, Schor said a poll has not yet been done to gauge support for the proposal and tax increase.

“The time is now,” Schor said. “We have to get this done. It’s important to the city. Our residents, I know, support our police and fire departments and I think they will support this.”