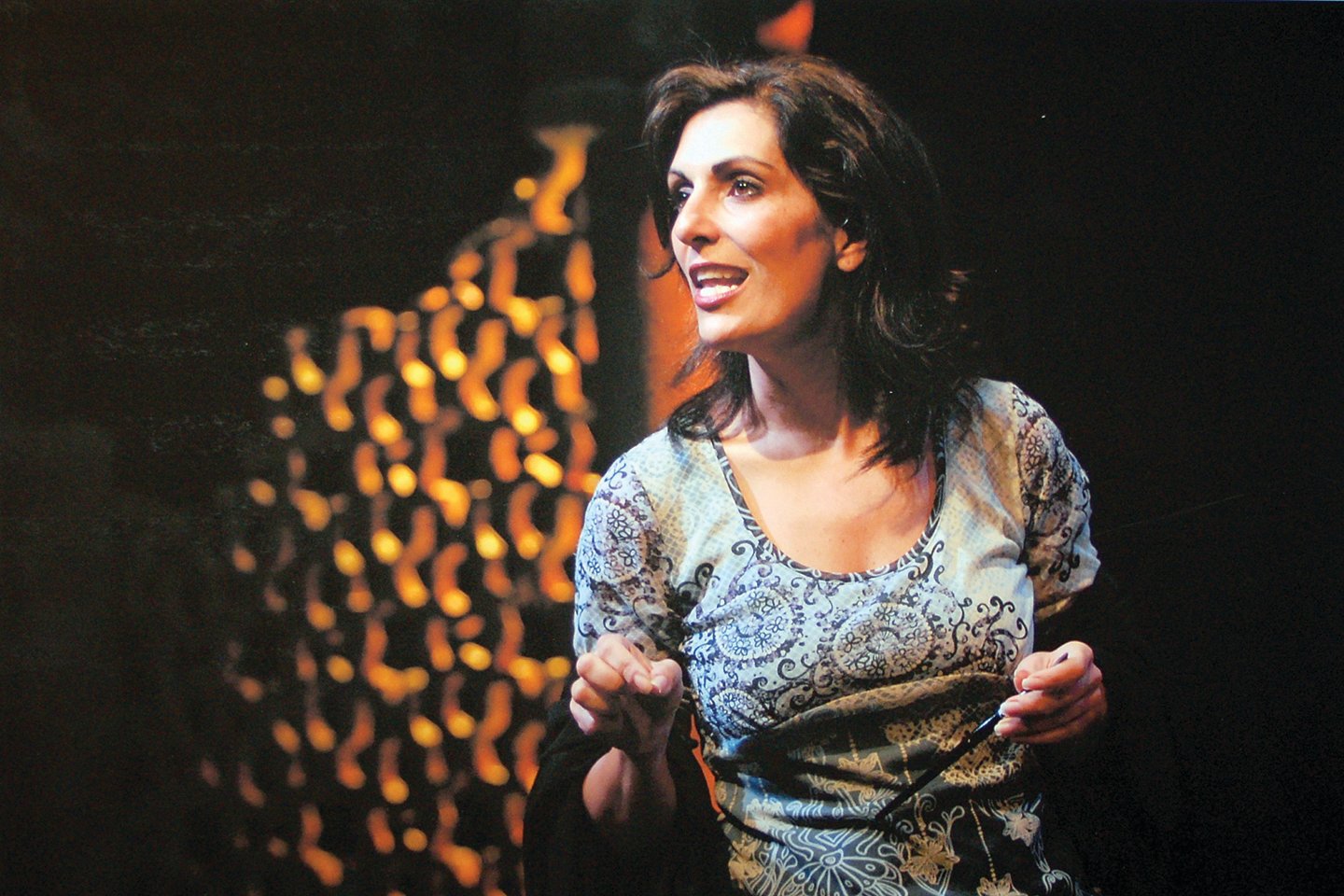 Tickets are available at

Or the Box Office

Proof of full vaccination and photo ID is required for admittance. Masks are required in the theater.

“It is an honor to tell the stories of these women,” Sarab Kamoo said.  “They have lived with me for years and I am sure they will continue to do so years from now.”

In “9 Parts of Desire,” Kamoo portrays nine Iraqi females impacted by both Gulf Wars and the occupation that followed.  The Heather Raffo play begins a five-week run at Williamston Theatre starting Jan. 27.

“I saw Heather Raffo perform it in Washington DC in 2006 and I was blown away by her performance,” Kamoo said.  “Since that time, I am honored to say, she has remained a dear and close friend.”

Kamoo did the one-woman show first in 2007 at the Dearborn Center for Performing Arts.  She performed “9 Parts of Desire” the same year at Detroit’s Boll Theatre and in 2008 at the Performance Network in Ann Arbor.

Raffo was in the audience for the 2008 show. “Thank goodness I didn’t know beforehand that she was there,” Kamoo said. “I would have been incredibly intimidated.”

“After the show, she was so supportive and loving and continues to this day,” Kamoo said. “She is family to me.”

Raffo spent a decade researching and writing the play inspired by a trip to Baghdad.  As a half-Iraqi, she was able to get close to and bond deeply with her subjects.

Raffo works continuously to keep her script current and kept regular contact with Kamoo during rehearsals. “I can reach out and ask her questions or clarifications as needed,” she said.

“She has changed one of the characters pretty significantly and our production will be the first time the show will be performed with the new material,” Kamoo said.

The characters in the 90-minute play include doctors, a sexy painter, a radical communist, exiles, wives and lovers.  The intimate play reveals what it means to be woman or girl in a country overshadowed by war.

Kamoo relates to the child the most.  “I feel so connected to the Iraqi girl,” she said.  “She is representative of the innocence of children no matter what part of the world they live in.”

“Nana, the street seller, was the most challenging because she is so dramatically different from me,” Kamoo said. “However, she is probably the most fun to play.”

To prepare for nine very different roles, Kamoo starts with establishing the walk, hand gestures and posture of each character.  For each monologue, she determines whom they are talking to and what they want or need.

Kamoo has personal connections to the play. “I am 100% Chaldean — Christian people from Iraq,” she said. Her parents, grandparents, aunts, uncles, and cousins emigrated from Iraq to the US in 1966.

During the Persian Gulf War, Kamoo was in college. “My friends and I drove to Washington, D.C., to march in protest,” she said. “During the second Gulf War, I have memories of crying with my grandparents and my dad, watching news of the war,” Kamoo said. “It was really difficult to watch.”

Despite being born in the United States, she has faced bothersome attitudes.  “I have experienced people making stereotypical and condescending comments regarding my heritage,” Kamoo said.

She loves being able to work with the Williamston staff — and her co-director, Ed Nahhat.  “They have established such a safe and welcoming environment to create and perform,” Kamoo said.

She last appeared at Williamston in “Silent Sky,” “Boom” and “Panache.” Other theater credits include “Sherlock Holmes and the Adventure of the Elusive Ear,” “Smart Love,” and “The Winner Is” at the Purple Rose Theatre — where Kamoo is a resident artist.

Besides her numerous theatrical roles, she has an impressive list of film and TV appearances.  That includes the “Won’t Back Down” and “Block Party” movies, and spots on “Chicago Fire” and “Chicago PD.”  Kamoo is also a part-time school social worker in the Rochester School District.

“I was drawn to this play especially being of Iraqi descent and having the opportunity and honor to share these women’s stories,” Kamoo said. “I’m very proud of my heritage and I am grateful to be able to bring some of it to light though these words and this play.”