Riverwalk’s ‘Bell, Book, and Candle’ conjures the past and present 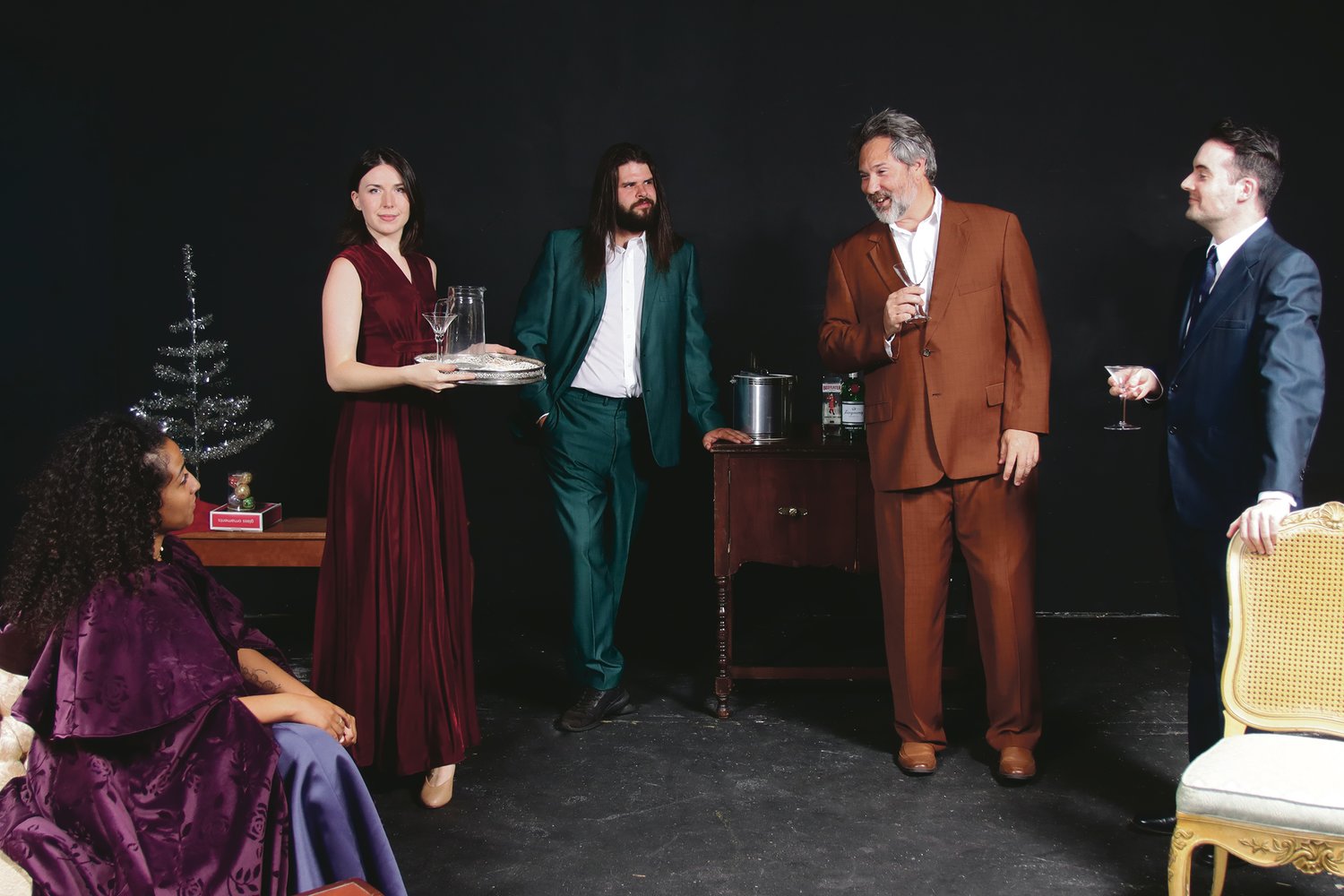 The cast of “Bell, Book, and Candle.” The Riverwalk Theatre production runs through Oct. 2.
Ariniko 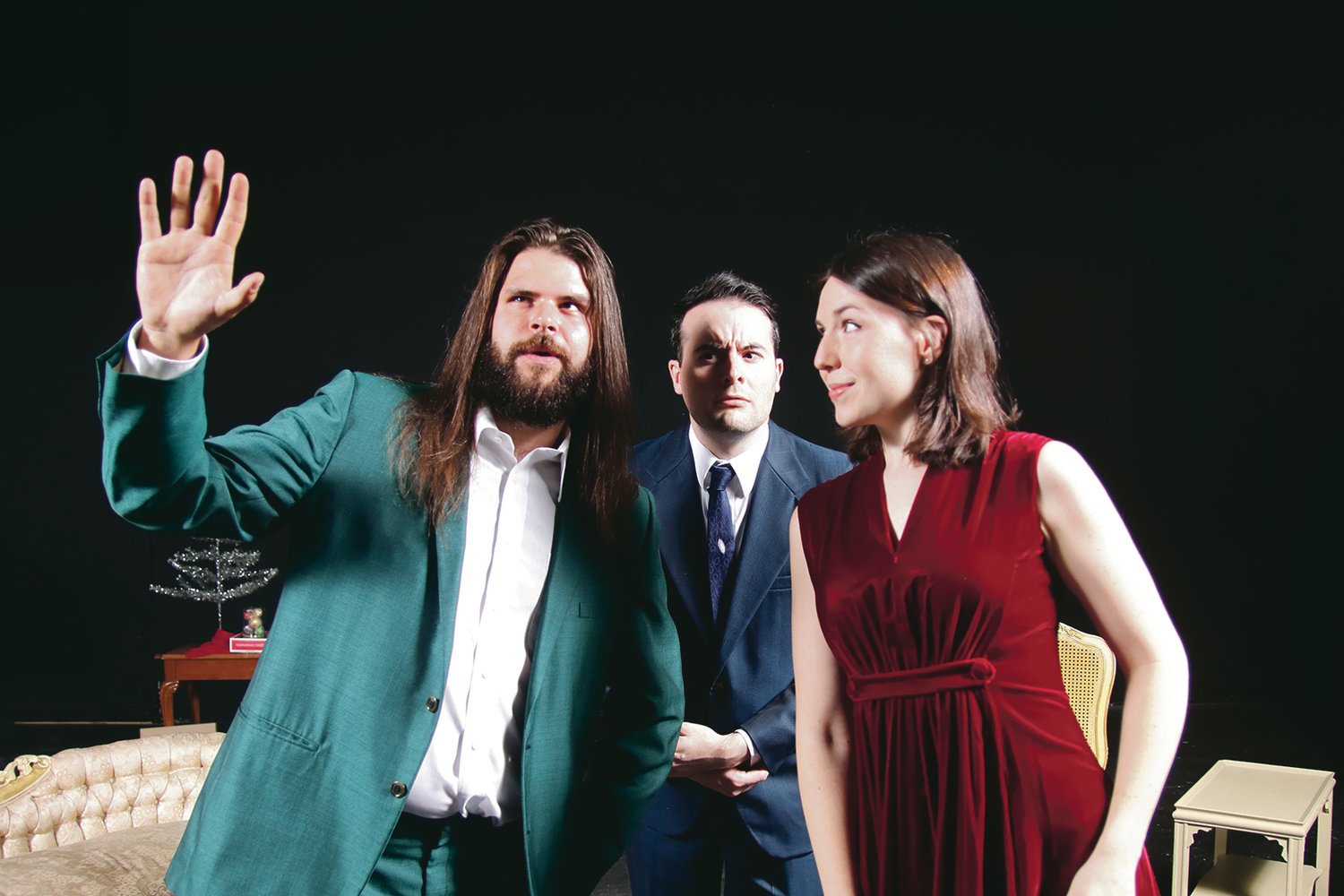 Riverwalk Theatre’s “Bell, Book, and Candle” successfully stages a play written in 1950 about a witch who loses (almost) everything for love. At first, I wasn’t sure about the director Amy Rickett’s choice to mount this production in the original period.

After all, I’m a thoroughly modern woman. How would I connect with these people from almost a century ago? Come to find out,   I’m very familiar with the central character’s conflict despite 70 years of progress that is supposed to separate us.

Gillian Holroyd (played with range by Caila Conklin) is a self-sufficient New York witch who just returned from Mexico. While across the border, she pursued her hobbies like spell-casting, potion-making, incantations and collecting haunted artifacts from the intemperate Sidney Redlitch (played with gusto by Jeff Magnuson).

She is often visited by her brother (the coy and circumspect Nick Lemmer) and her Aunt Queenie (played with levity and fabulous presence by Margo Guillory). Gillian’s family is “out” in the modern sense. They frequent witch clubs and witch parties. They talk about witchy things and are only passingly interested in the human world.

An inattentive crush on one of her tenants intensifies when Gillian discovers the man upstairs is marrying one of her old college rivals. To kill two birds with one spell, she steals this man away from his fiancé by literally bewitching him.

Shep Henderson (played by Lewis C. Elson) has no clue what is happening to him. The successful publisher, just about to settle down with a Southern belle, finds himself instantly wrapped in a powerful, seductive charmer's arms (and legs). His life is nearly destroyed by how hard he falls in love — and Elson portrays this with excellent comedic timing and consistency.

Throughout the show, Gillian struggles to choose between her fun-witch family and the mainstream promise of 1950s marital bliss. Compounding her conflict is the old wives’ tale: If a witch falls in love, she loses her powers.

Although it was billed as a comedy, I found the play to be rather profound, thought-provoking and timely. As Conklin’s character learns what it means to be human, her vulnerability in the third act challenged me. Her performance spoke to our foundational need for connection, how much power we are willing to cede and under what circumstances we will surrender it. Ultimately, I watched a play about what a woman can and cannot choose.

But enough feminism, let’s talk stage magic. One actor nearly stole the show with a performance that changed everything I know about theatre. It was a cat. Not a puppet of a cat. Not a “cat” hinted at with shadow and sound effects. A real, actual black cat with yellow eyes. It even hissed! It thrilled me entirely. I will never be the same.

Combined with other bits of magic, beautiful props, set dressings, and lavish period costumes, this production transported me to another time. On balance, it didn’t take that long to get there.