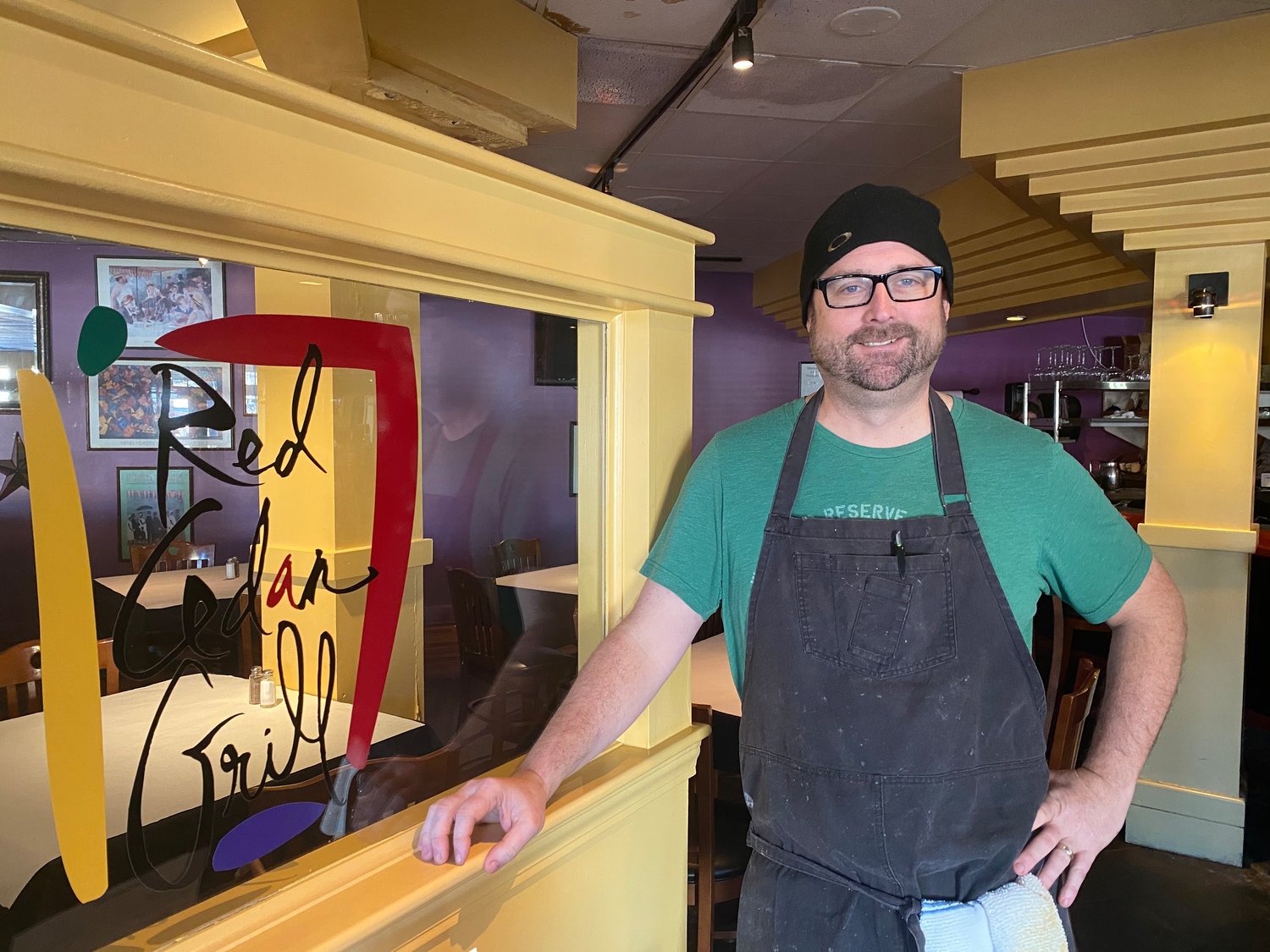 "The previous owner Mike has been great to work with through the process. We are renovating and hope to reopen in May," read Zynda's Facebook post.

Zynda BBQ has built a strong reputation for barbequed meats in the parking lot of Tom's Liquor Store in East Lansing. The Williamston location will be its first brick and mortar.

“A lot of people have been apologizing and it’s like, ‘No, we wanted this to happen,’” he said. “I guess I can say this, the buyer is a local person which I think is great.”

The final day of operation of Red Cedar Grill is Thursday (Jan. 9). Luther owned the restaurant for seven years. In 2016, he opened Bridge Street Social, a cocktail bar in DeWitt offering modern American fare, with his business partner, Justin King.

For several years, “Chef Mike,” as he’s called in the kitchen, hopped between Williamston and DeWitt, filling in gaps and concocting new cuisines. However, after adding another coal into the fire with King — a future Spanish wine bar on Lansing’s east side called Bar Mitena — Luther was reaching his capacity.

"About a year ago, we made a decision.” Luther said. “Because of Bar Mitena and Bridge Street, it made more sense for me to refocus my energy and align myself with Justin than doing this other thing.”

Since making the announcement on Facebook that the business was sold, Luther said the restaurant has been “stupid busy.”

Items on the menu that have been flying out the kitchen include the drunken salmon, marinated in bourbon honey and ginger, as well as itslocally famous carrot cake. The cake, according to Luther, takes almost 24 hours to prepare between the baking, cooling and icing. Those who plan on making a last-minute stop for cake are encouraged to call in ahead of time to avoid disappointment.

Red Cedar Grill's Facebook page was flooded with comments from supporters mourning the loss. One Facebook user commented, “This is sad news. I grew up in Williamston, and this restaurant was special to me. I worked there in the ‘90s.”

Luther said reactions from patrons have been mostly positive.

“We’ve had people tell us this was one of their favorite places to bring their family and a go-to celebration spot,” Luther said.

In September, Luther said he had “enough staffing issues” at the grill that developing Bar Mitena was put on hold. He added that he hopes to officially open the wine bar in “the first half of 2020.”

She Ate: Hits and misses at the Stillwater Grill