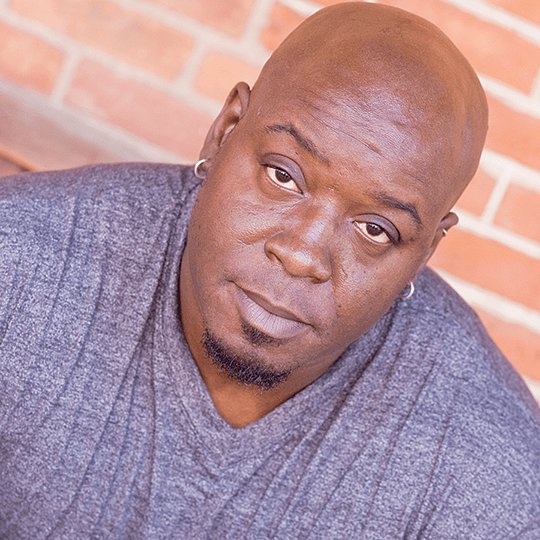 Full schedule of shows available at:

After forming Greenwood District studios, an independent film studio housed in the building that was previously the Lansing Mall Cinema, the ambitious Lansing comedian known by his stage name Amaru is continuing to expand his horizons by launching Funny is Funny, a new comedy club also located in the renovated former movie theater.

Funny is Funny, which marked its debut show in late September, has a weekly lineup of gigs booked through January featuring national talent with support from local comedians. Funny is Funny is also hosting regular open mic nights presented by Amaru on Tuesday nights. The club has also expanded through a partnership with One North Kitchen and Bar to serve food and drinks to the audience. Upcoming comedians to the Funny is Funny stage include Adam Hunter, Ricky Reyes, Cookie Hull and JoJo Collins.

“We have national acts coming in. These are comics that are, for all intents and purposes, the main comics — people you see on television. We will have local acts opening up for them,” Amaru said. “This will be a step up from what Lansing is used to.”

Funny is Funny is Lansing’s first fully dedicated comedy club to be up and running since the closure of Connxctions in 2014. Though several bars and venues across town continued to host weekly comedy open mic nights and occasional shows from larger headliners, the lack of a true comedy club made it difficult to attract higher caliber national talent. Amaru hopes that Funny is Funny will succeed where past clubs failed and cites lackluster lineups as the cause behind the closure of Lansing’s past comedy venues.

“You don’t have to reinvent the wheel. The reason some of the clubs closed is they were booking comics that weren’t necessarily headliner material. They were trying to cut corners and save money by booking their friends,” Amaru said.

Amaru, himself performing as a stand-up comic for more than 20 years, said a consistent lineup of funny, crowd-pleasing comedians is the common thread he’s observed that makes comedy clubs successful and keeps them afloat. He hopes to use his experience to help mentor inexperienced comedians and develop a stronger local comedy scene in Lansing.

“You’re supposed to nurture your comedy scene, that’s what I want to do. I want a comedy scene like Minnesota. So many famous comics come out of there because guys come together after the shows and write together, critique each other and promote the clubs,” Amaru said.

Amaru said comedians interested in performing at Funny is Funny’s Tuesday open mic nights should register online at funnyisfunnycomedclub.com, or simply come out to one of the club’s upcoming shows and introduce themselves.