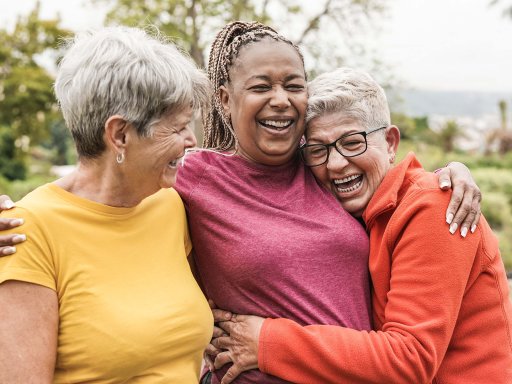 Nine cities in Michigan have come up with an age-friendly community plan.
Posted Monday, September 19, 2022 3:50 pm
ABOUT JANELLE JAMES

Janelle James is a sophomore at Michigan State University. She is pursuing a double major in journalism and political science with a minor in Spanish. Janelle aspires to one day secure a position as an investigative journalist, White House correspondent or politician. She works as the state government reporter at The State News. She covers the state Capitol and Gov. Gretchen Whitmer's policies. Janelle also has an internship with HOMTV, the government access channel for Meridian Township. There she anchors live news shows, conducts interviews and covers local government.

LANSING – Some Michigan communities are trying to accommodate aging residents — and it’s not just the gray-haired population that benefits, advocates say.

More than 18% of the state’s population is 65 or older, according to the U.S. Census. It ranks 14th among the states for the largest population of people over 65.

Gov. Gretchen Whitmer in June approved a plan to make the state age-friendly.

It focuses on communication and information, respect and social inclusion, health services and community support, social participation and transportation.

That comes after announcing an initiative in 2019 with the AARP and the World Health Organization to make Michigan an age-friendly state.

An age-friendly community is a place where people of all ages can live comfortably, according to AARP, a nonprofit organization that advocates for Americans over 50.

Since then, nine cities have come up with an age-friendly community plan.

Auburn Hills was the first in Michigan to join a national network of such communities in 2013. It was followed by Highland Park and Lansing in 2015; East Lansing and Southfield in 2017; Grand Rapids in 2018 and Royal Oak and Jackson in 2019. Oak Park joined just this year.

Age-friendly communities allow seniors to be independent and continue to do things that they love, like going to the grocery store and visiting their grandchildren within their community, said Paula Cunningham, the state director for AARP Michigan.

They offer benefits to others, too, Cunningham said. For instance, longer crosswalk times help seniors with walkers, but also help those using wheelchairs and parents pushing strollers, she said.

East Lansing community leaders strive to make the city accessible to young and old, said Thomas Fehrenbach, the director of planning, building and development for the city.

“Throughout the plan, we are very intentional on addressing not just seniors but people of all ages and all abilities,” said Fehrenbach, a member of East Lansing’s Age-friendly Community Committee.

The city’s plan focuses on housing, transportation, communications/information, social participation, respect and social inclusion, community support and health services, outdoor spaces and buildings, civic participation and employment. It was approved by the AARP in 2020.

The committee has already assessed the most suitable places for seniors to live, Fehrenbach said. It has partnered with the East Lansing Public Library to distribute information for people seeking legal services like Elder Law and the Michigan State University Law Clinic.

The community plan for Southfield is similar.

The city has already achieved many goals, like placing more benches at bus stops and across the city, said Kendall Murphy, the immediate past chair of Southfield’s Commission on Senior Adults.

The commission has partnered with a senior adult community developer to add 20 units of senior housing.

Michigan was the first state in the Midwest and fifth in the country to join the network of age-friendly communities.

How to set up your home office for success