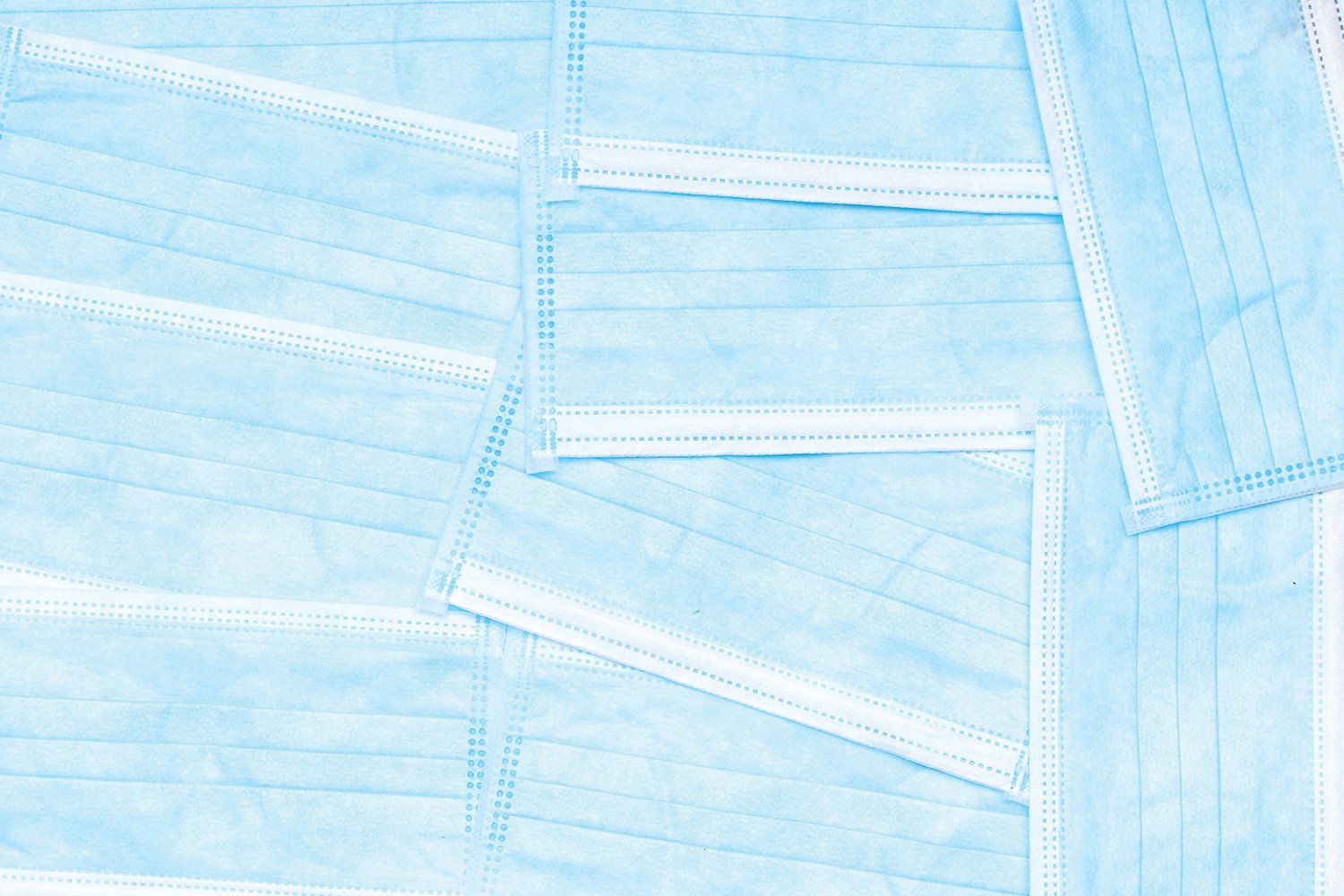 Lansing area residents were shocked last week when a knife-wielding assailant injured a 77-year-old man at the Quality Dairy in Dimondale. The attacker had been refused service for not wearing mask. He took out his anger on an innocent bystander, who was hospitalized in critical but stable condition. An Eaton County deputy sheriff later shot and killed the attacker, identified as Sean Ruis, 43.

But as unnerving as the episode was, it appears to be an isolated case involving confrontation over the new reality of masks— though that’s in part due to the exercise of discretion by so-called mask police.

This week’s cover story looks at how area residents are coping in general with Gov. Gretchen Whitmer’s requirement that masks be worn indoor in most situations. It also reports on the history of masks going back to the Spanish flu pandemic as well as the change in heart about masks that health experts locally and nationally have undergone since the COVID-19 pandemic struck the United States.

Misinformation about the coronavirus continues to spread by word of mouth and across the vast and often unregulated planes of Twitter and Facebook. While City Pulse covered the epidemic of viral conspiracy theories back in its May 20 issue, the following letter to the editor is a perfect example of the staying power possessed by faulty coronavirus claims.

Your recent article, July 15 issue, regarding Governor Whitmer’s response to the CoVid epidemic in Michigan noted one paper, without citation, from Imperial College, which two months earlier gave the world a highly inaccurate paper which modeled that the US will have 2 million deaths, and has been wildly wrong. There is no evidence in this scientific paper, just speculation. (1)

The rest of your article is subjective praise for the governor while demeaning Michiganders (protestors) who felt Governor Whitmer’s quarantining of healthy people, an unprecedented historical action (2), without the consent of her constituents, to be authoritarian. (3)

Where were the investigative, journalistic questions in this piece? What a lot of people would like to know is what was her cost/benefit analysis of shutting down the economy? Assuming the Imperial College study is accurate, even though in the paper the researchers make clear they are estimating based on a model, which does not have actual numbers, the next logical question to ask is, how many deaths will the lockdown itself cause? If the lockdown strategy causes more deaths than the disease, then Governor Whitmer ought not to be praised as much as criticized.

According to institutionally accepted actuarial tables, not a newly written model, the results are clear: the lockdowns will cost more years of life than deaths from the disease. (4)

The obvious question few journalists have asked at all is, where is the gold standard scientific paper, which proves that SARS-2 causes CoVid19?

No such paper exists. What researchers have found is a genetic sequence of particles - not a virus. Further, no one has yet to show how this hypothesis satisfies Koch’s postulates for infectious disease, the Gold Standard of discovery of an infectious agent.  Please see this for details and citations: https://www.youtube.com/watch?v=CNo9lIQkzkI (5)

There is very little we can actually know from this epidemic because the numbers are all distorted: (https://twitter.com/paulsperry_/status/1284165348267302918) deaths are over counted in different ways, the most obvious being from the April directive from the CDC to count probable deaths as actual. (6)

The Nobel Prize Winning scientist who created the PCR test currently being used was clear — his test should never be used for diagnosing a disease, as we are doing now. The false positives of the test are well known and up to 50% inaccurate. The antibody tests are equally as inaccurate. (7) Remember, in Italy, an original hot spot that terrified the world, their own government institute of health retracted their death count to just 12% of the original because the evidence was not there (https://www.cebm.net/covid-19/global-covid-19-case-fatality-rates/). There are many experts who disagree with the official narrative, but unfortunately, they do not get coverage by the mainstream media or the City Pulse. (8)

When news organizations begin to investigate, and ask the important, logical questions, we will get to a more accurate picture of CoVid19, rather that the simple parroting back to Michiganders the official narrative and press releases.

The governor states often that she is led by the science. But science without evidence is misleading; we must distinguish the difference. Science, for instance may say that masks are somewhat helpful in reducing the spread of CoVid19, but there is no evidence to back that science up, as you can hear about here: https://www.youtube.com/watch?v=Z3plSbCbkSA&feature=youtu.be and here: https://articles.mercola.com/sites/articles/archive/2020/07/19/are-face-masks-effective.aspx (9)

A logical question regarding masks is why, if they work so well, were we not ordered to wear them in March when the epidemic was spiking? We all had cloth and bandanas and could’ve easily “masked up” then. (10)

Please consider a more balanced approach to your reporting that will offer readers alternative sides of the current situation, while also presenting the scientific evidence, without bias, and therefore providing a larger understanding so that people can make informed decisions.

1. The 2.2 million American deaths estimate from The Imperial College London’s March report was the result of a worst-case scenario simulation that featured NO mitigation efforts.

2. Authority for Gov. Whitmer’s emergency executive orders come from The Emergency Powers of the Governor Act of 1945 and The Emergency Management Act of 1976. Back in May, Michigan Court of Claims Judge Cynthia Stephens sided with Gov. Whitmer, tossing a Republican-led lawsuit against the governor and declaring her actions were within the authority of the 1945 act.

3. Several polls note a majority of Michiganians approved of Gov. Whitmer’s handling of the coronavirus, including one conducted by the Detroit Regional Chamber in April that observed a 57% approval rating. (www.detroitchamber.com/micovidpoll)

A June study by Northeastern University notes Whitmer as one of just five U.S. governors that saw their approval rating increase.

4. There is no peer-reviewed research that suggests a “lockdown” is more deadly than allowing the state to remain open as if the pandemic has gone away. As mentioned earlier, the worst-case scenario death estimate by The Imperial College London was the result of no mitigation — or lockdown — efforts. Here in Michigan, we immediately saw the consequences of relaxing the shutdown, with Harper’s in East Lansing providing a perfect case study. People conjoining at the bar led to 174 new coronavirus cases in Ingham County. There are numerous studies — not just the one conducted by The Imperial College London and Oxford University — that praise the shutdown efforts for saving thousands of lives. One of these peer-reviewed studies that explains the effectiveness of shutdown efforts was published in the science journal Nature.

5. There is scientific consensus that COVID-19 is a disease caused by the virus SARS-CoV-2. The YouTube video this letter refers to is an interview with Andrew Kaufman, a self-employed health consultant who has peddled many conspiracy theories about the coronavirus, including that a vaccine will be used to “genetically modify humans,” a claim about DNA vaccines that can be debunked with information from the World Health Organization.

You can learn more about the SARS-Cov-2 virus in a report by John Hopkins University School of Medicine.

6. The Tweet referred to here is misleading. Many probable deaths reported to the Centers for Disease Control and Prevention are later confirmed as actual or dropped altogether. Per the CDC’s website:

“Please note that jurisdictions may reclassify probable cases at any time to confirmed cases (if confirmatory laboratory evidence is obtained) or withdraw probable case reports entirely if further public health investigation determines that the individual most likely did not have COVID-19. As a result, probable case counts can fluctuate substantially. A jurisdiction might even report a negative number of probable cases on a given day, if more probable cases were disproven than were initially reported on that day.”

7. The scientists referred to here is Kary Mullis, inventor of the Polymerase Chain Reaction test. In a viral social media post, Mullis is quoted as saying “...these PCR tests cannot detect free infectious viruses at all.” The quote is not from Mullis but from an article written by John Lauritsen in 1996 about HIV/AIDS.

8. The article referred to in this paragraph contains this notable disclaimer:

“Disclaimer: The article has not been peer-reviewed; it should not replace individual clinical judgment, and the sources cited should be checked. The views expressed in this commentary represent the views of the authors and not necessarily those of the host institution, the NHS, the NIHR, or the Department of Health and Social Care. The views are not a substitute for professional medical advice.”

9. Again, the article being cited by this letter refers to the website of Joseph Mercola, a proponent of alternative medicine that has a long history of supporting health-related pseudoscience. His supplement company has been warned by the FDA several times for making misleading claims about its products. He is not a reliable source for coronavirus information.

10. Health officials, such as Anthony Fauci, have stated the public was not immediately advised to wear masks in order to preserve then limited resources for frontline healthcare workers. Obviously, it would be unethical to do randomized studies on the efficacy of masks by subjecting healthy people to the virus. However, as the COVID-19 virus spread around the world, more information became available on how it is transmitted. Numerous observational studies and models pointed to transmission via droplets from speaking, singing, or breathing in close quarters, often from people who showed no symptoms. Today, masks are widely recommended.