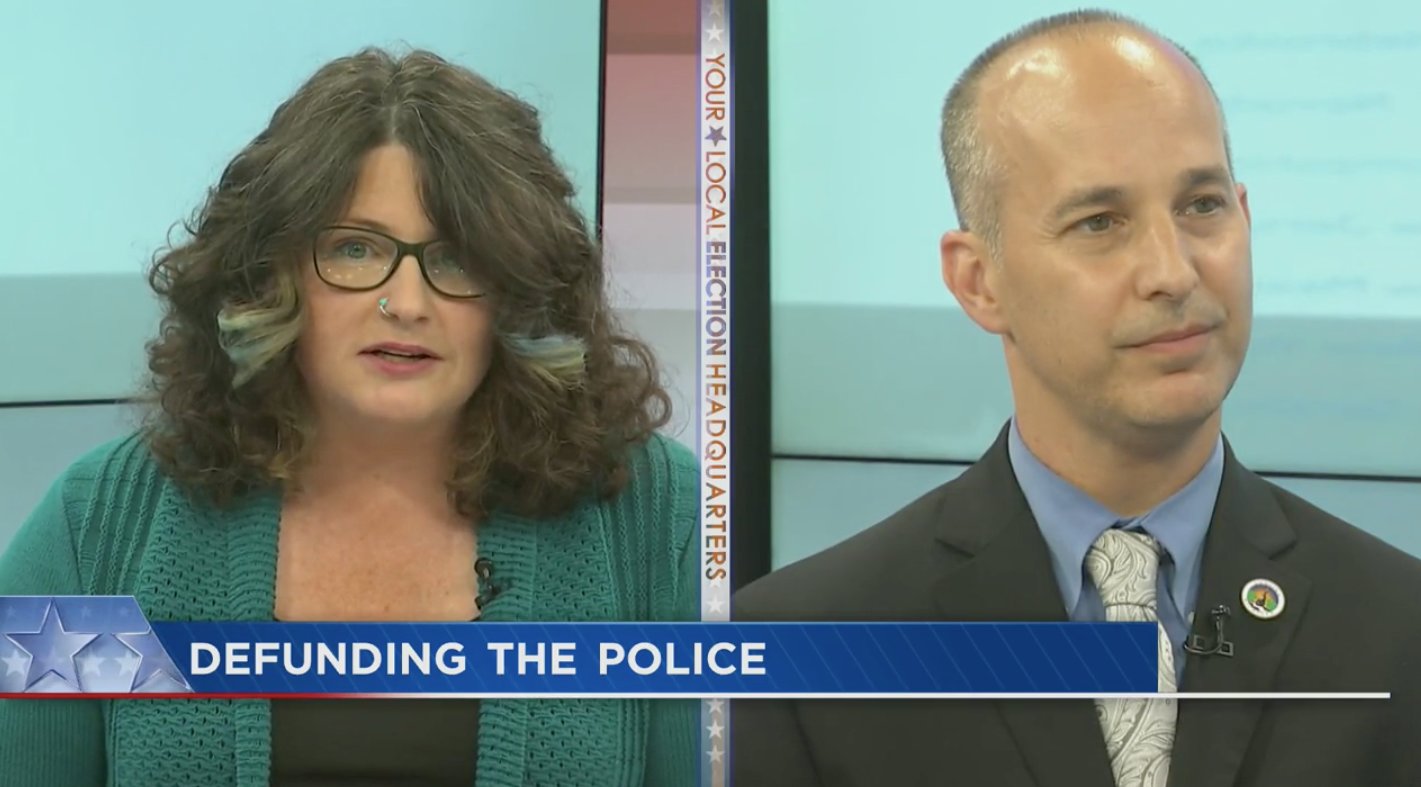 FRIDAY, Oct. 29 — Lansing Mayor Andy Schor has agreed to join a “racial healing circle” next year that is designed to hold them accountable for their past missteps, repair a racial divide in the city and curb gun violence.

The organizers say that Councilwoman Kathie Dunbar, his challenger in Tuesday's mayoral election, has also agreed to attend.  Dunbar has not responded to a message from City Pulse.

An invitation sent this week from the nonprofit One Love Global encouraged both candidates to “engage meaningfully with the community” through “supportive healing circles” in January, which are designed for “deep listening for understanding and pertain to the impact of the community.”

Preliminary planning is set to begin next month and the healing circles are set to begin in January — after the General Election — to coincide with the National Day of Racial Healing.

Regardless of next week’s winner, both candidates are still invited to participate.

“I appreciate the offer to participate,” Schor said. “I will join with those willing to work with me to find solutions, and will work with One Love Global for the racial healing process.”

That healing process — developed over the last four years through the W.K. Kellogg Foundation — is focused on changing narratives and building relationships to “uproot and jettison the false belief in racial hierarchy,” according to the invitation. The framework is distinctly rooted in Black and Indigenous culture and builds upon “lessons learned from truth, reconciliation and healing processes conducted around the world,” officials said.

“The community has repeatedly named harm, including violence by police and the failure to protect children from community violence,” the invitation reads. “However, city leaders have failed to acknowledge or repair harm. A TRHT Racial Equity Accountability Process ensures the community has space to name harm and for healing and transformation to begin.”

The healing circles — which will be conducted publicly in the name of transparency — are designed to center on those who have been harmed and offer support to those named as causing harm. They also focus on “deep listening for understanding,” the invitation said.

“The desired outcome is that those who have named harm are heard and have the power to name what both accountability and healing looks like for them. Everyone who participates has the power to consent to continue, pause or stop at any stage in the process,” it reads.

Waters-Austin is also the co-leader of the Lansing chapter of Black Lives Matter and has served as one of Schor’s most vocal critics. Last June, she relayed a message from “God,” urging Schor to slash funding to the Police Department and immediately resign from office.

Black Lives Matter has also criticized Schor for his handling of a protest last year that led to dozens of people being teargassed downtown, as well as alleged racism among local cops.

Dunbar has also faced allegations of racial insensitivity from a local newspaper publisher Rina Risper, a former member of Schor’s transition team who has claimed (without evidence) that Dunbar sexually harassed her and used racial slurs in her presence.

“Accountability cannot be forced. It is a choice, and an especially important one for those in leadership,” the invitation reads. “Choosing accountability is deeply relational and meaningful, because it is deeper than an apology — it is drawing closer to one another in our shared humanity and working toward repair, toward beloved community.”

Several local faith-based leaders have also been invited to participate in the process.

Added Lansing Pastor Sean Holland: “It’s time for us to heal. We’ve experienced trauma. We’ve experienced all kinds of disappointments and, unfortunately, we’re continuing to experience those conditions that we’ve repeatedly named as things that harm us.”