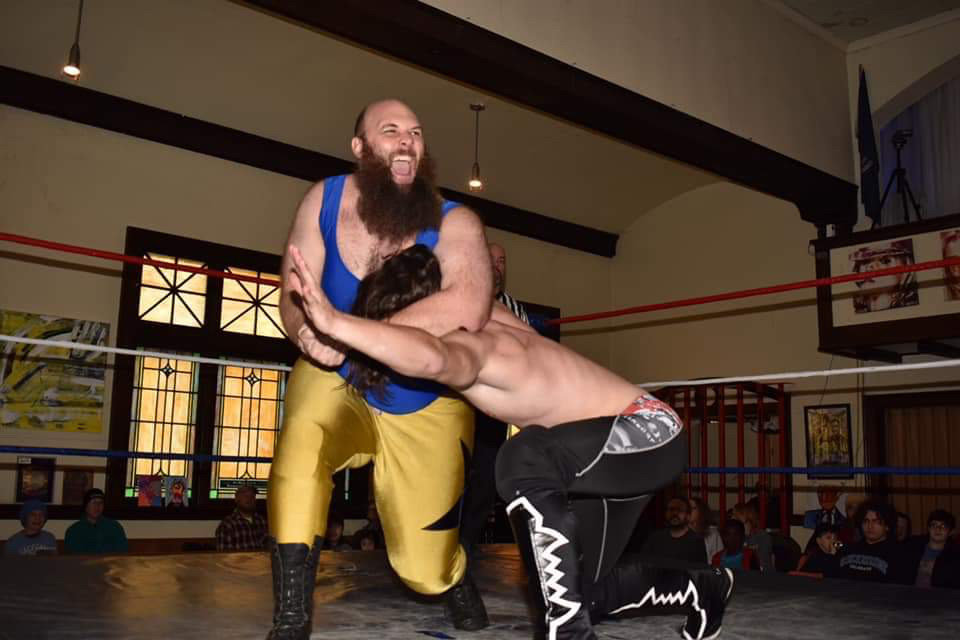 “Lucha libre is the name of pro wrestling in Mexico,” Zack Macomber, CPW executive producer, said. “Historically, it’s more a display of good versus evil — a morality play. The superheroes often wear colorful masks in the tradition of the Aztecs. We are taking concepts from lucha libre that we enjoy and are bringing it to our events.”

Macomber works alongside Joe Diaz and Joe Ranta at American Lucha Libre, the sanctioning body for CPW. Macomber has been working in the wrestling business for 17 years, getting his start filming wrestling showcases.

CPW releases an episode each Thursday on its YouTube channel, Head Drop Productions.

Saturday’s tournament match will feature a mashup of some of the top underground wrestlers in the Great Lakes region, such as C.J. Ottgen, who will face off against the cartoonish The Fro-Gun D-Ray 300.

And what would a lucha libre show be without a luchador? The Mysterious Movado, a fan favorite, will also be in the house. “He exemplifies lucha libre wrestling,” said Macomber.

The wrestlers add their own elements to the traditional lucha libre style. Offering a more, “old school professional wrestling style. It doesn’t have as much of the glitz and glamour of the high budget sports entertainment, but many wrestling fans prefer the days of classic wrestling,” Macomber said.

Such performances of grandstanding aren’t for all, but Macomber encourages everyone to see what wrestling is all about.

“I always say to people that you’re either a pro wrestling fan, or you just don’t know it yet. Everyone can find a wrestler that they can look up to, or one that they can boo,” Macomber said. “There’s nothing better than getting into a match and watching your favorite guy kicking butt. It’s one of those things you have to experience to understand.”