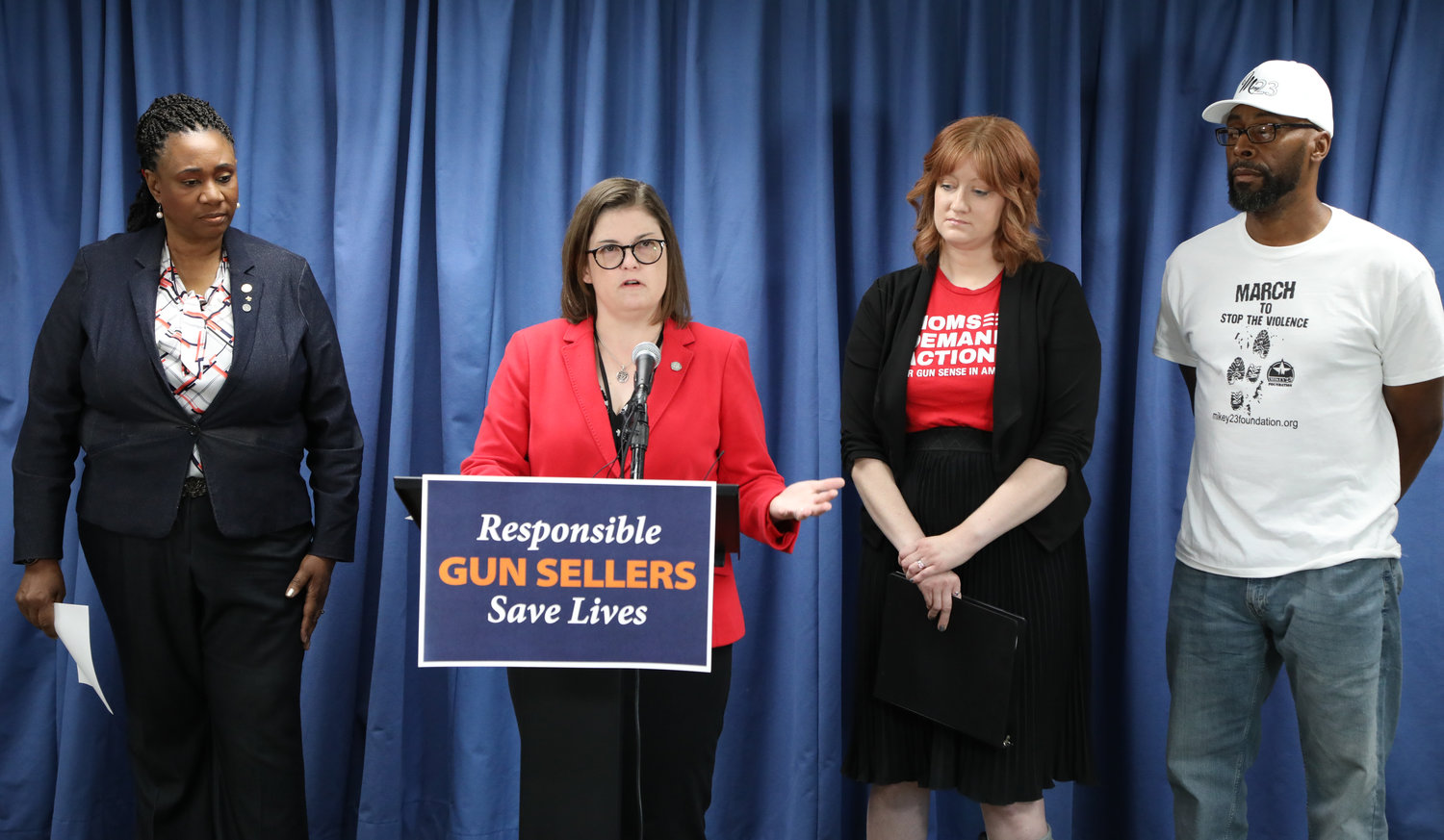 FRIDAY, June 24 — For years ago, a man rented a handgun at a gunstore in Mason for use on the indoor shooting range but then left the store illegally with the gun. Shortly thereafter, he killed his ex-girlfriend with the stolen weapon at a Delta Township business before killing himself.

This week, state Rep. Kara Hope, who represents Mason, introduced a measure to tighten up security at gunshops in order to try to prevent such incidents.

“This is absolutely not about taking away guns,” Hope said. "This is about making sure gun sales and gun businesses keep eyes on the firearms and report stolen weapons immediately. That’s being a good part of the community. That's all we’re asking.”

Hope’s legislation would require reporting stolen or missing guns from a licensed dealer within 48 hours. It is part of a four-bill gun control package.

The final bill would require dealers to get liability insurance as well as allow the dealer to be held liable for providing weapons in violation of state or federal law. It would also allow the gun dealer to be sued in civil court if the weapon is used by another person or the actual gun owner to threaten or carry out violence would be held liable in court. That bill is sponsored by Rep. Brenda Carter, of Pontiac.

The four Democrats said the bills were critical to fill a gap in services. They said that federally licensed firearm businesses are “rarely inspected,” despite federal law allowing for unannounced inspections yearly.

“I think that points to a lack of commitment by the Congress to fund the inspectors to do the job,” said Hope, of Holt.

Between 2004 and 2011, federally licensed dealers reported 174,679 firearms missing from their inventories.That data comes from the Gifford Foundation, an organization founded by former U.S. Rep. Gabby Giffords after she was shot by an angry constituent.

Given Michigan’s GOP majority in the Legislature, Hope acknowledged the bills are unlikely to get a hearing in any committee. “But it’s important to continue these conversations,” she said.

“Gun dealers are a critical link between manufacturers and the public,” Hope said. “By requiring reasonable security precautions, we can stem the flow of illegal guns and save lives.”