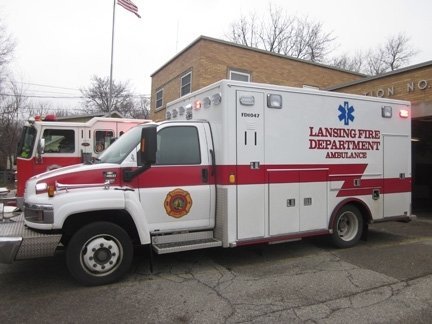 LANSING – Paramedics and emergency personnel are sharply divided over a plan that addresses the shortage of Michigan paramedics by creating a statewide certification program that would deviate from the national accreditation program.

A bill sponsored by Rep. Jeff Yaroch, R-Richmond, would allow the state to make its own requirements to be certified as a paramedic.

Yaroch previously spent 25 years as a firefighter and paramedic in Clinton Township. The bill recently passed the House, 102-6, and now goes to the state Senate, where it is likely to pass with bipartisan support.

With its own accreditation program, the state would no longer need to adhere to the national standards.

Paramedics would still need to pass an examination proctored by the Michigan Department of Health and Human Services.

That agency estimates $2 million would be required to establish a training program, with yearly costs of $1.6 million. Michigan now spends $2.3 million per year on EMS funding.

“This means that these small departments won’t have paramedics and will have to shut down, leaving the people in that area without that care,” Madden said.

There are over 1,000 open positions for paramedics in Michigan, and two paramedic departments have had to shut down, Madden said.

One is in Mason, in rural Ingham County. The other is in Pickford Township, in Chippewa County. The people living in these communities now have to wait longer for emergency care, which could be a life or death problem, she said.

“There’s no real difference between what this bill would do and the national accreditation program,” Madden said. “Students will still need to pass the Michigan test to be accredited.”

But not everyone agrees.

“I don’t think that, if passed, this bill will do much in terms of recruitment,” said Anthony Cerroni, a paramedic instructor coordinator in Dearborn Heights.

Cerroni said he is unsure if much can be done to encourage more people to become paramedics. Benefits have increased over the past five years, but not even the better pay is enough, he said.

“Another concern I have about the state having its own accreditation board is that a paramedic’s license might not be transferable to other states. A national requirement makes it so anyone can practice in any state without this concern,” he said.

Bryan Harmer, a full-time professor of emergency medical services at Lansing Community College who spent nearly 20 years as a paramedic, testified in a House committee hearing that the bill does not address the real causes of the paramedic shortage.

“This bill fails to address the root causes of our workforce shortage: low wages, bad working conditions and lack of professional advancement,” said Harmer. “It isn’t uncommon for EMS providers to work multiple jobs and well over 60 hours a week to make ends meet and feed their families.”

The bill does not mean paramedics could practice without a license from an accredited program, Madden said. She disagreed that paramedics would receive subpar training.

“Paramedics will be held to high standards through the Michigan state accreditation program,” Madden said. “My agency would never support a bill that could put patient lives in danger.”