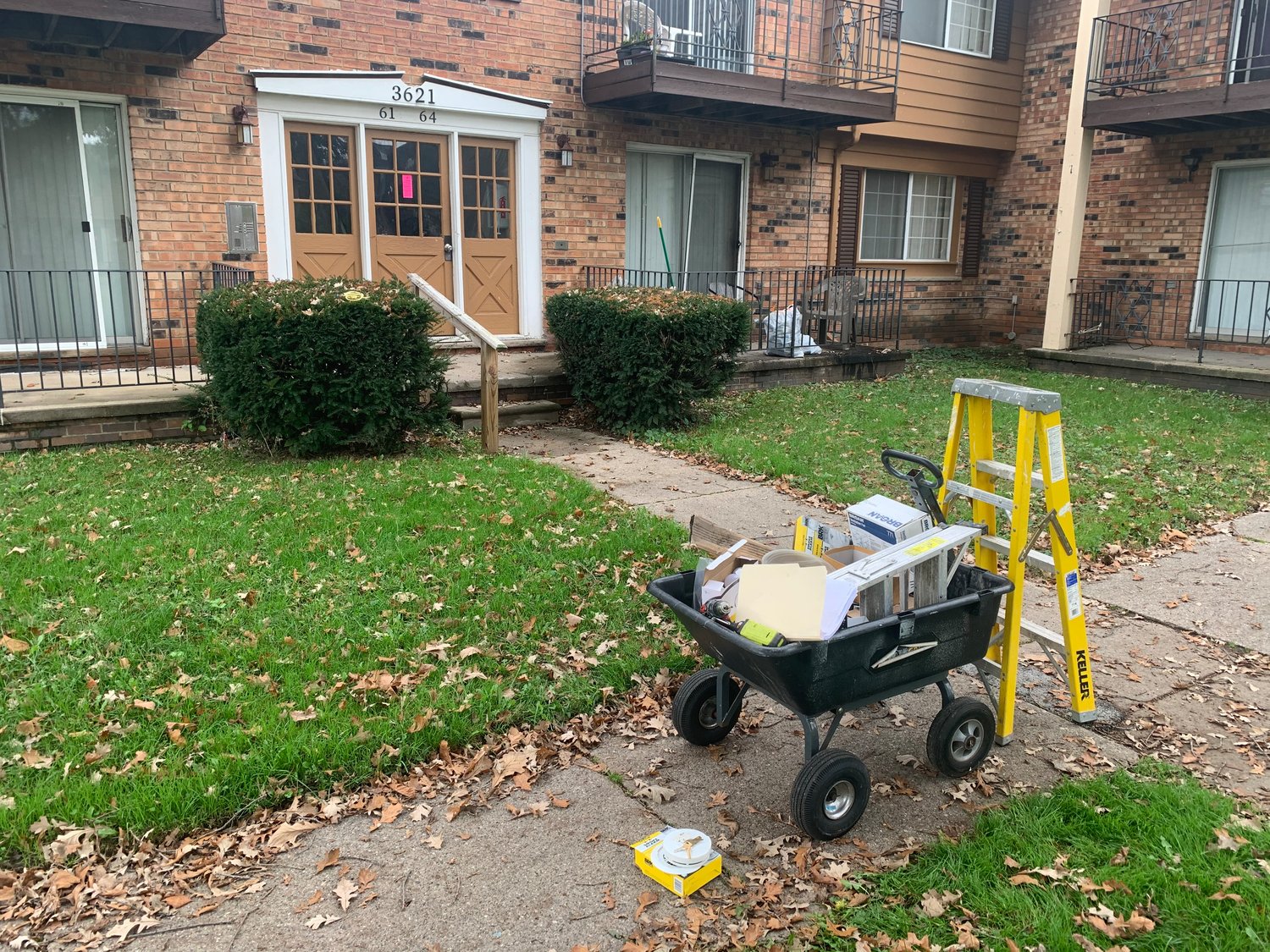 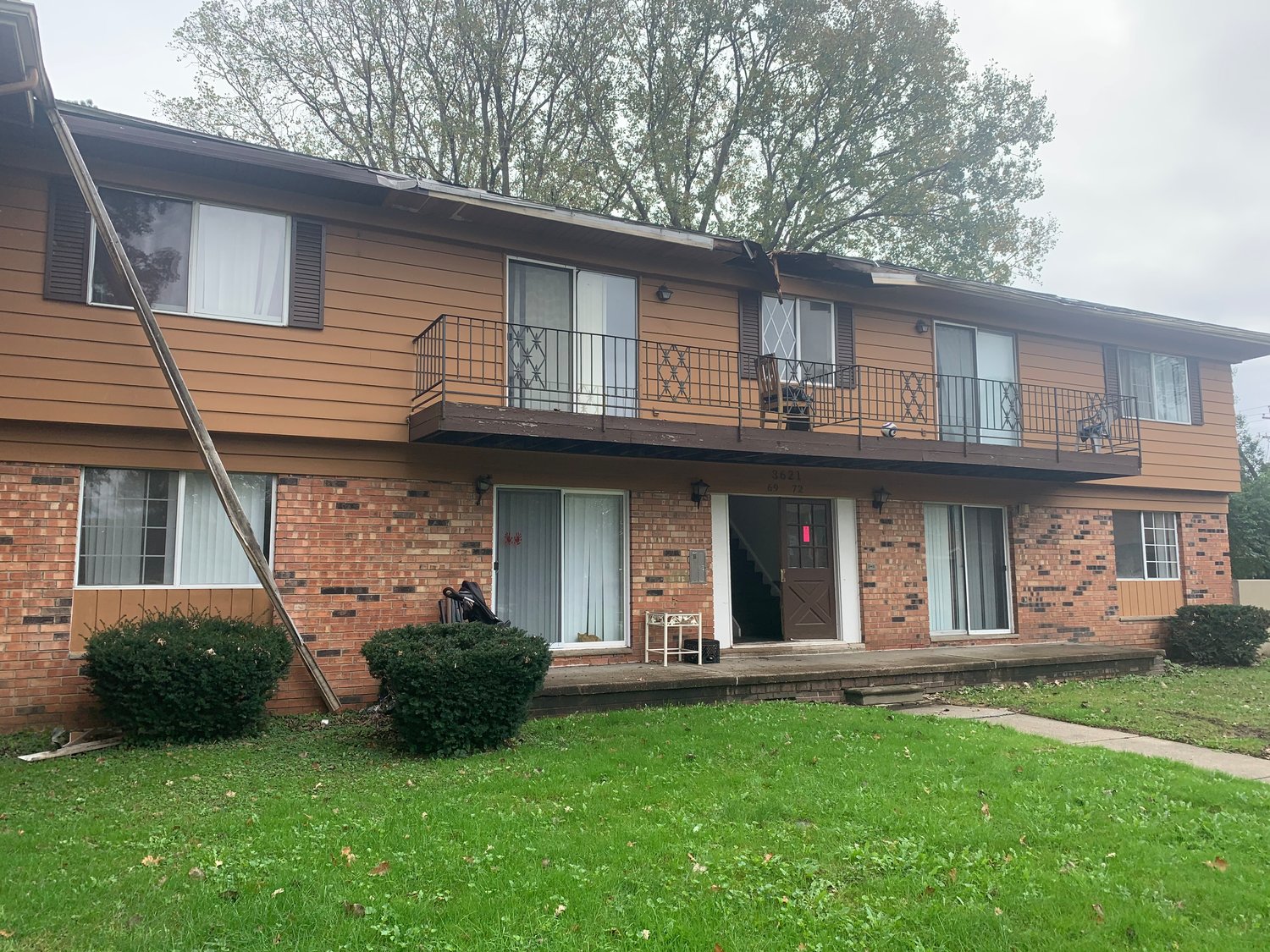 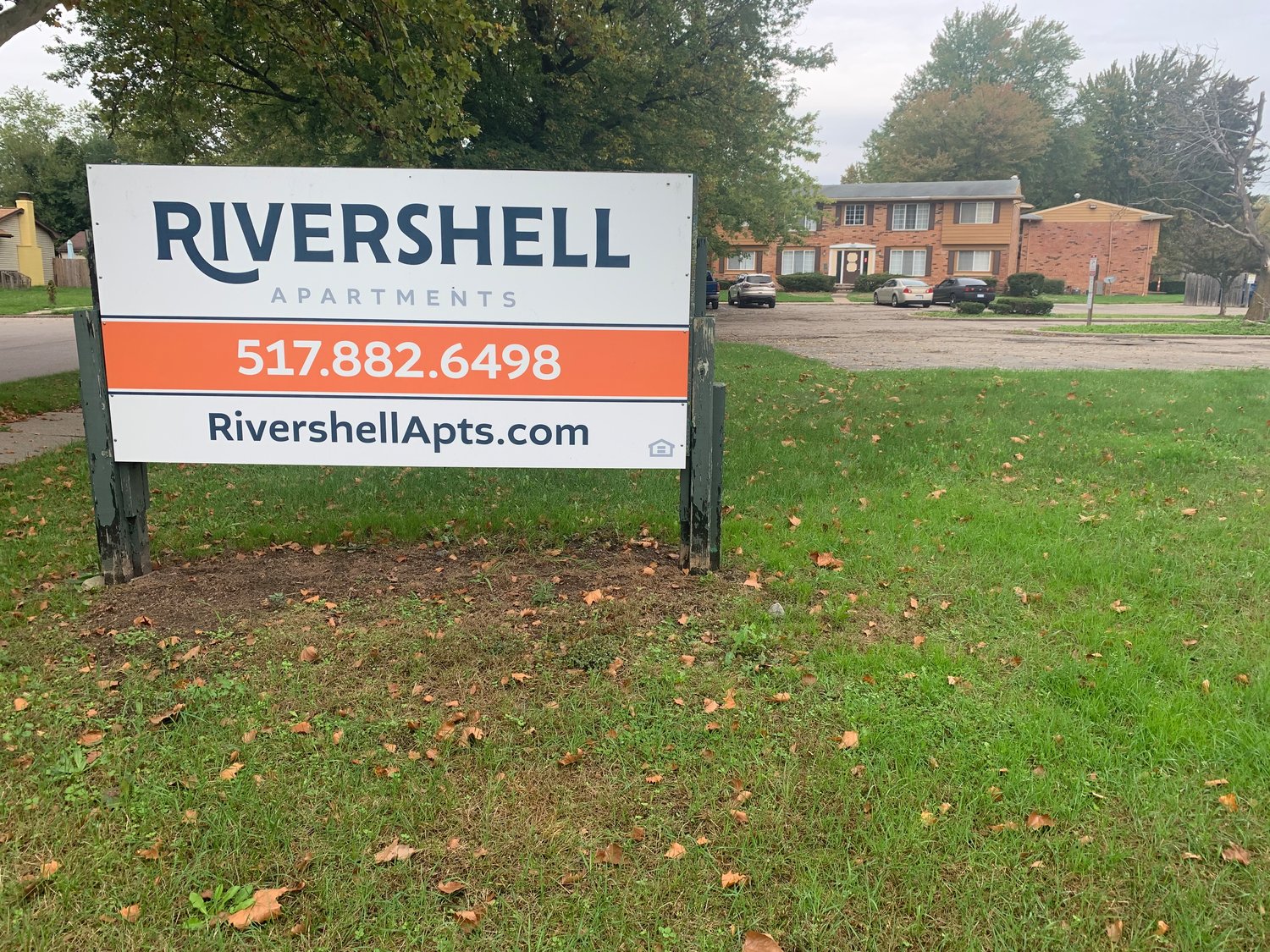 WEDNESDAY, Nov. 10 — A local judge plans to order a southside apartment complex to board up the balconies and sliding glass doors across more than 100 of its units following concerns from city of Lansing officials over a lack of routine maintenance and unsafe living conditions.

Lansing code enforcement officers in September plastered pink tags on every building at Rivershell Apartments on Bayview Drive, noting that every unit across the sprawling apartment complex had twice failed rental inspections and subsequently lost its city rental certificates.

Among the issues: The balcony railings and floorboards were found to be rotted out at every unit in the complex, posing a “real safety concern” for tenants who might step outside, according to city officials. Inspection reports also pointed to sagging roofs that were desperately in need of replacement, loose toilets, missing smoke detectors, busted gutters and other issues. Windows are broken. Trash and broken appliances were scattered across the complex last month. Some walls were graffitied.

Because the management team missed the city’s Oct. 22 deadline to finish all of the longstanding repairs and bring the place up to code, Rivershell was hit with a ticket last month that brought the issue into 54-A District Judge Cynthia Ward’s courtroom yesterday .

Ward said she planned to issue an emergency order this week that will require the balcony entrances and sliding glass doors on all 132 units to be boarded up to avoid the chance of tenants falling from the second floor, possibly injuring themselves or  residents below.

That order will also include a requirement that the management team pull all of the required city permits to finish roofing repairs and fix several poorly installed or broken windows, Ward said.

Meanwhile, the lack of rental certificates means that vacant units at Rivershell Apartments cannot legally be leased until the rest of the code enforcement problems are fixed and the units pass a subsequent inspection. So far, none of the repairs are done, city officials said.

If the issues persist, Ward could always order the complex to be shuttered altogether — though the city would strongly prefer to see it repaired instead. The board-up order resolves immediate concerns, but additional orders may be requested, said Assistant City Attorney Amanda O’Boyle. No fines have been issued. No city deadlines for repairs have been extended.

“We’ve spent an awful lot of time down there,” planning director Brian McGrain told City Pulse last month. “We’re in a place where we’re having some real frustrations with them. We always reserve the right to vacate buildings for real safety hazards, but we also have to have some balance. The worst thing for us would be to make a bunch of people homeless.”

A city spokeswoman said that rental certificates will be reissued only after each code compliance issue has been fixed. Still, the city doesn’t want tenants to be overly concerned.

“On large complexes, we typically would not vacate them,” she clarified last month.

A woman named Connie who answered the phone last month at the leasing office declined to comment or connect this reporter with anyone else on the Rivershell Apartments management team. Nobody picked up the phone there today. Messages were not returned.

Three representatives for the apartment management team, including Connie,  appeared virtually in Ward’s courtroom yesterday, but because they didn’t have an attorney and none of them personally represents the owners, Andmark Rivershell Apartments LLC, they were unable to file an appearance in the case or speak about the issues on behalf of the apartment complex.

They sat mostly in silence while code enforcement officials testified about a lack of basic maintenance, exterior and interior damage, crumbling staircases, inoperable furnaces and dozens of other issues that were specifically identified as violations of city building code.

No more motions have been filed by either party and another hearing has not been scheduled.

Some tenants, however, told City Pulse last month that they weren’t overly confident that the repairs would be finished in a timely manner — a prediction that came to fruition this month.

Dasja Parker has lived at Rivershell Apartments for about four years. She told City Pulse that smaller repairs have been routinely ignored by the management team, compounding the issue. Her top concerns: a leaky bathroom ceiling, as well as several broken lights and door fixtures.

“We had a petition going around for a while to push the management to fix up the parking lot and other things too,” added Monique Monger. “Management just doesn’t care about us.”

Monger has lived at Rivershell Apartments for about three years. She said her calls for maintenance usually face two-week delays — if they’re ever even addressed at all. It took management several weeks to replace a window in her apartment that was shattered by gunfire, she said. Another has been broken for about two months with no immediate repair in sight.

“It doesn’t help when they try to charge us for every piece of maintenance that goes wrong,” Monger added. “I’ve been here for three years, and it’s always been a problem over here.”

The pink tags enable Rivershell Apartments tenants to pay their monthly rent into escrow accounts in the absence of a valid rental certificate. That could allow for some rent cash to be returned to the tenant should the repairs be left incomplete and the building is ordered vacated.

Tenants with additional questions can also call a city code enforcement officer at 517-483-6849.