Completion of two-story new home is expected early next year 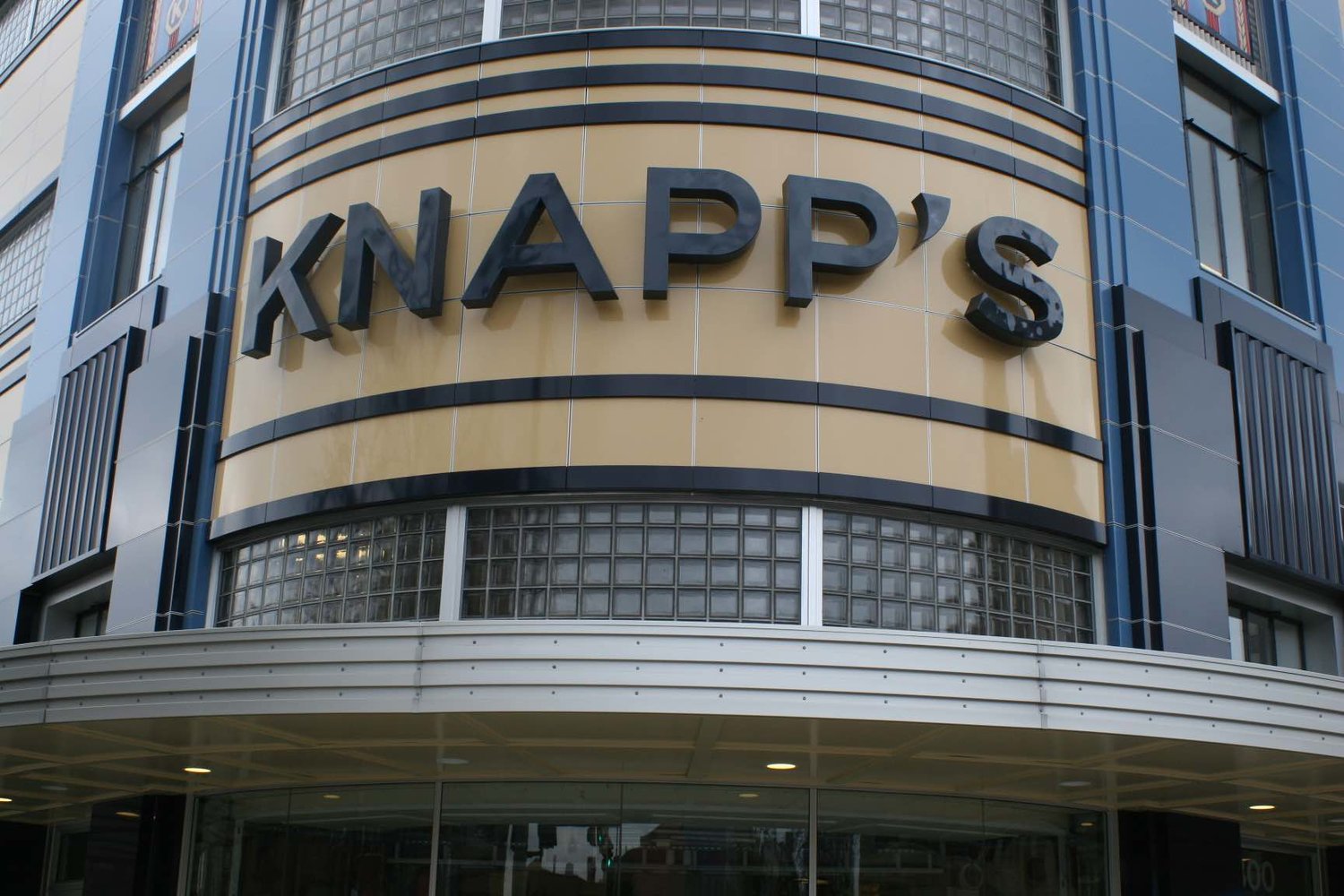 (This story has been updated to a correct a reference to the ownership of the Knapp's Centre. The owner is George F. Eyde Family, LLC. Also, the spelling of Knapp's Centre has been corrected several times.)

MONDAY, Nov. 29 — The prospect of displaying works of art inside a gigantic work of art proved irresistible to the Lansing Art Gallery.

Today the gallery announced to its members that it is moving from its current digs in the basement of 119 N. Washington Square into the first and second floors of a spectacular downtown Art Deco landmark, the Knapp’s Centre, for at least a year.

Gallery director Barb Whitney hopes the move will be complete in January 2022 and the gallery will open for community programming and special events “by early 2022.”

The gallery will occupy a two-story space along Washtenaw Street between South Capitol Avenue and South Washington Square.

“This space continues our tradition of being the heart of downtown Lansing,” Whitney said. “When we did a survey in 2015, we heard that our community would like to see us above ground, with natural light and dedicated parking and a stronger street presence.”

Whitney declined to specify the terms of the deal with Knapp’s owners except to say, “This special opportunity is for at least one year, thanks to the generosity of the George F. Eyde Family, LLC.”

In November, the space was home to “Lansing On My Mind,” an exhibit of Lansing-themed art by Detroit-based artist Timothy Orikri.

“Timothy has prepped everyone for the idea that art could be in that space,” Whitney said.

Whitney said the gallery has been looking for a new home for several years. She and her staff made the most of its current location, squeezing a small gift shop and a partitioned-off classroom next to gallery and office space. Until the Downtown YMCA moved out of the floor above the gallery last year, art lovers were regularly treated to the banging of weights and chugging of elliptical trainers overhead.

Happy as she is for the gallery to see the light of day, Whitney said the Knapp’s location is envisioned as a “short term solution.”

“We’re still keeping all of our options open,” Whitney said. She and her staff are working with Mayor Andy Schor’s Arts and Culture Commission to keep the Lansing Art Gallery in consideration for a permanent home in a future downtown performing arts center.

The gallery is also exploring “collaborative opportunities for partnership and other forever-home type solutions,” Whitney said.

The Lansing Art Gallery’s ties with the Eyde family, owners of the Knapp’s Centre, go back many years.

In 2014, the Eyde Co. completed a spectacular renovation of the former department store, a nationally significant showcase of Streamline Moderne architecture.

“We admire the work they did renovating the Knapp’s building,” Whitney said. “It’s a landmark piece of architecture and we’ll be thrilled to inhabit it.”

It’s the latest of several changes of venue for the gallery since it began in 1965 as the Lansing Community Art Gallery, housed in the former Lansing Business University at 124 W. Ionia St.

In 2004, the gallery moved into the swank former Liebermann’s Department Store building, the only storefront in the United States designed by George Nelson. In 2010, to accommodate a growing roster of educational programs, the gallery moved to its current location at 119 N. Washington Square.

Whitney credited Downtown Lansing Inc. and its director, Cathleen Edgerly, with helping the gallery to take its “next step.” Edgerly helped connect artist Timothy Orikri with the Eyde Co. and set up Orikri’s current exhibit at the Knapp’s Centre.

“It’s excellent news that despite the pandemic, an institution like ours could not only survive, but thrive, with more visibility, above ground,” Whitney said.