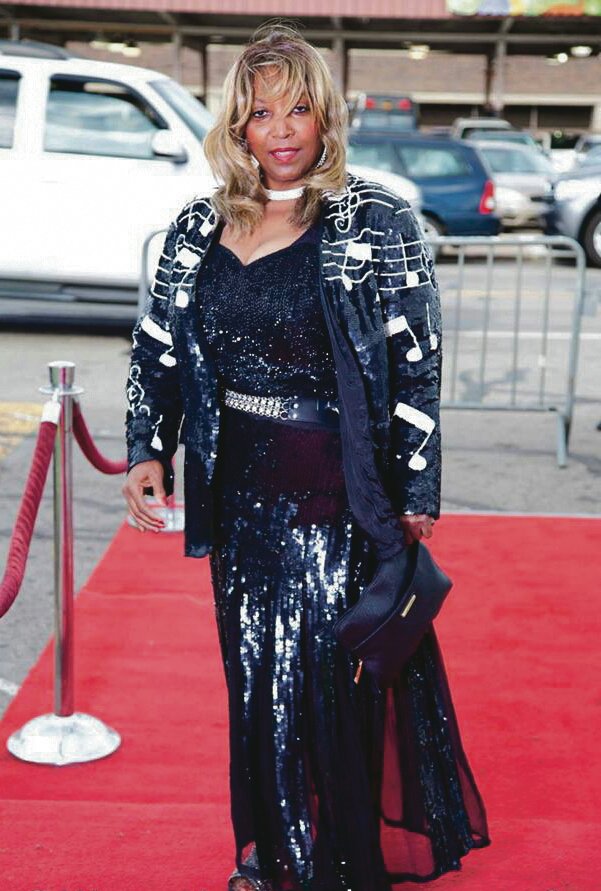 Lady Champagne has been a fixture in the Detroit music scene for more than 30 years.
Courtesy 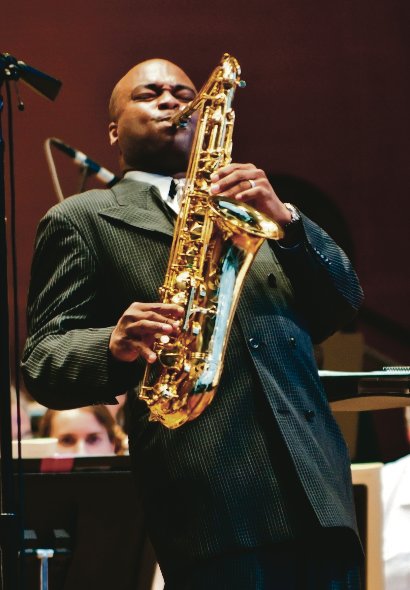 The name “Lady Champagne” doesn’t begin to describe Lady Champagne. The Louisiana-born blues icon, a Detroit legend for over 30 years, does not tickle you with tiny bubbles.

In a rare meeting of two cyclonic forces, Lady Champagne headlines Michigan BluesFest in Old Town Saturday with her six-piece blues band and a formidable guest: Detroit-born baritone saxophone titan James Carter, one of the most powerful and versatile reed players on the planet.

Lady Champagne has sung gospel music and the blues all her life. She loves the soul-stirring gospel music of the Rev. James Cleveland, Andre Crouch and Vanessa Bell Armstrong, none of whom dabble in musical champagne.

“I love strong singers,” she said. “They really preach what they are talking about.”

It’s the same with the blues, she said.

“If you’re listening to B.B. King or Bobby Blue Bland, you can hear that same feeling,” she said. “You don’t just go, ‘the thrill is go-one, baby.’” The very idea of singing B.B. King’s signature tune half-heartedly made her stop and laugh. “You have to punch it and put it in their hearts.”

She proceeded to demonstrate over the phone.

“The THREEE-YEEE-YEEL,” she began, in a soaring alto that no orthography this side of the King James Bible, illuminated by the seraphim and cherubim, could convey.

Suddenly, she cut off the thrill with one grim syllable: “is.”

“Gaw, aw, AWWNNN,” she went on, pulling the word out of her chest until the “n” dangled like a tag on a toe in a morgue.

The blues were a daily part of Lady Champagne’s youth in Louisiana. The youngest among her siblings and cousins, she spent many afternoons at backyard gatherings with the music of John Lee Hooker, B.B. King and other blues greats wafting in the air.

She started singing in choir and glee club — “school stuff,” she called it, but still fun. “The glee club helped me to form my voice,” she said.

When she was 14, her family moved to Detroit’s west side. She dove into vocal and choral music, participating in talent shows and other events. “Everybody was doing Motown stuff — the Supremes, the Temptations, Marvin Gaye,” she recalled.  She joined the New Bethel Baptist Church, close to her neighborhood, where the Rev. C. L. Franklin was pastor and his daughter Aretha Franklin sang.

“In school, in church, my focus was always on music,” she said. “To tell you the truth, I loved the B-3 organ he was playing in church, but then I listened to the words C.L. Franklin was preaching.”

She sang in the church choir and started going to blues clubs in Detroit like Henry’s Palace, a regular home for touring blues royalty.

“I formed a gospel sound for the blues,” she said. “Every word that comes out of my mouth, you understand the story. I want everyone to feel what I’m singing, to touch the heart, the soul, the mind.”

In a long and full career, she has shared the stage with many blues greats, most often at her regular Saturday night blues jam at Bert’s in Detroit’s Eastern Market. KoKo Taylor, Johnny Bassett, Larry McCray, Alberta Adams and many more blues greats have sat in with her at Bert’s.

She is well into the phase of life when trophies and plaques accumulate on the shelf, but still shows no signs of slowing down.

“People wonder where I get all my energy,” she said. “If you love what you do, it gives you the energy. Doing something you don’t love wears you out.”

She could rest on these and many other laurels, but she keeps up a full schedule, including her weekly Bert’s gig.

“People don’t get a chance to hear the blues like they want to, and quite a few artists have passed away,” she said. “I’m steady, keeping it going, keeping the blues alive.”

A thick and juicy sound will roll under her vocals at BluesFest Saturday, with Lester “Hambone” Brown on guitar, Lorell Holton on drums, John Foley on bass, Sean McDonald on organ, and the horn duo of Alonzo Harrison on trumpet and John Calhoun on trombone.

The wild card is the booming, moaning, acrobatic baritone saxophone of James Carter.

Carter, born in Detroit, is a jaw-dropping poly-stylist who has worked with everyone from avant-garde jazz artists like Julius Hemphill to classical opera singers such as Kathleen Battle.

Lady Champagne considers Carter an “extraordinary friend.” Both artists, and members of their families, attended Detroit’s Northwestern High School. They’ve stayed close over the years, but they are both so busy they seldom get the chance to work together onstage.

“This is very rare,” Lady Champagne said. “It’s an honor to catch up with him, tie him down, lock him in.”

Carter brings a gutsy, full-throated sound and febrile, unpredictable mind to everything he plays. Whether he’s playing straight-up jazz, adding his wicked undertow to a saxophone quartet or taking off in unexplored directions, the blues permeates everything he does. He was the clear choice to play the role of volcanic baritone saxophonist Ben Webster in Robert Altman’s 1996 film “Kansas City.”

Saturday, Carter will go back to the well of pure blues with Lady Champagne, and the combination promises to be both celebratory and combustible.

Lady Champagne plans to rehearse with the band but not with Carter.

“James can play anything he wants to,” she said. “He feels the vibe. If you’ve just heard him on recordings, you’ve never really heard him act up on his instrument. He does different noises. He can pop it like, ‘Pop, pop, pop.’ He just punches it in.”