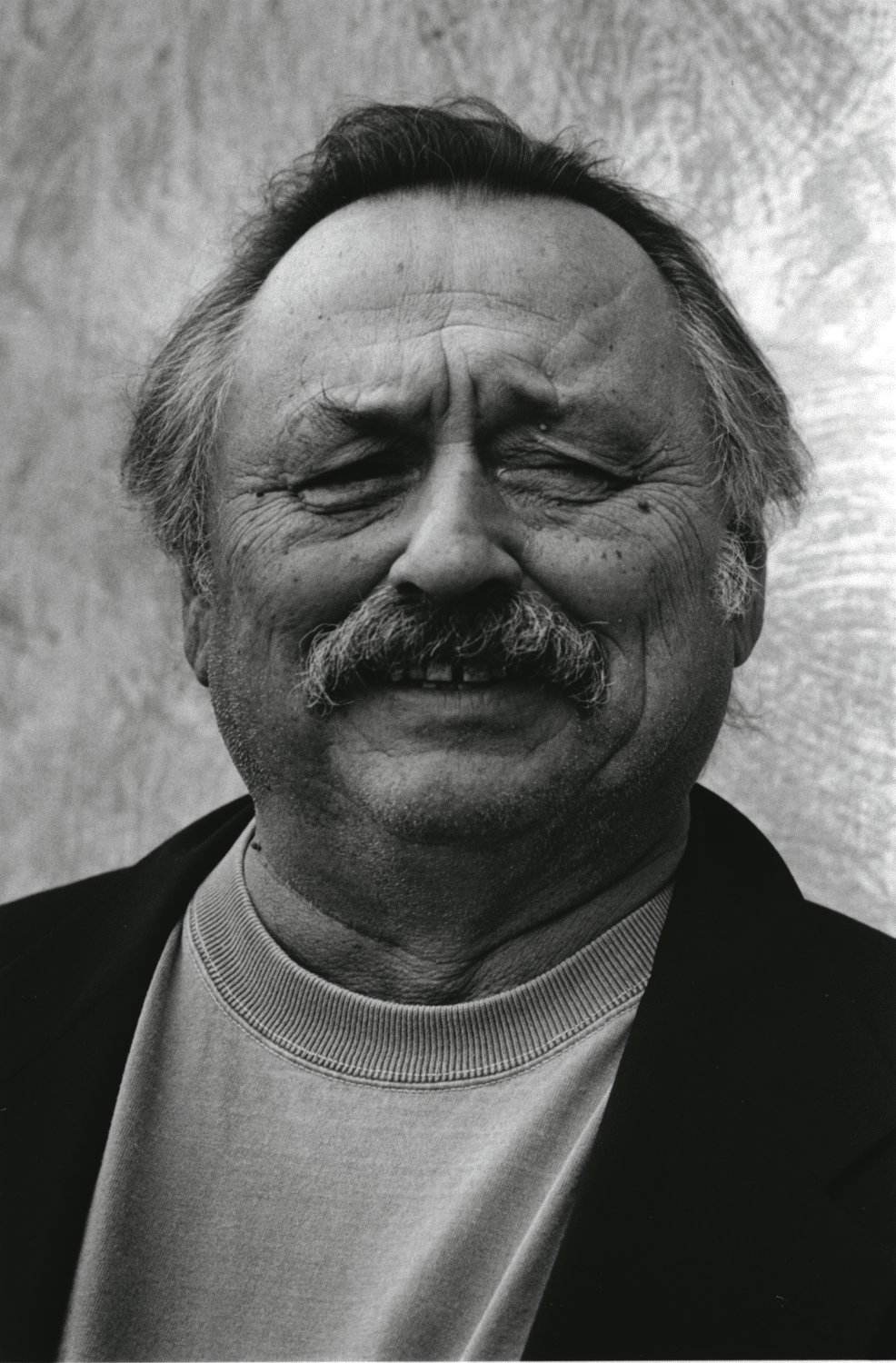 “The Search for the Genuine” is out now via Grove Press.
By Bill Castanier

The hallowed desk of the renowned author Jim Harrison now sits in the Rare Book Room at the Library of Michigan.

In his 78 years, the simple wood desk is where he wrote nearly 40 books of poetry, fiction, non-fiction, memoirs and an illustrated children’s book. In his near-perfect penmanship, he also authored hundreds of nonfiction articles for publications as varied as “Sports Illustrated,” “Esquire,” “Field and Stream” and “Psychoanalytic Review.” In 2016, the late wordsmith wrote his last poem while sitting at the desk. Prolific would be a grand understatement in describing his nonfiction work, and a new compilation, “The Search for the Genuine: Nonfiction, 1970-2015,” offers further proof of his productivity. It was published last week by Grove Press, one of Harrison’s long-time and well-loved publishers.

Since his March 2016 death at his winter home in Arizona, four books of previously unreleased works have been published. In the mix are two books of poetry and two nonfiction titles. Looking forward, there could be more projects, according to archivists working through his papers and manuscripts.

“Search for the Genuine” is filled with more than 40 nonfiction works divided into five categories. In a broad sense, the book covers Harrison’s love for dogs, the outdoors, hunting and fishing, his ruminations on water and his favorite locales, such as Michigan, Montana, Key West and Arizona.

Amy Hundley, a Grove Press editor who shepherded his work to publication, said their imprint was “amazed at how many pieces he wrote.” She also said the book contains pieces like “Life on the Border,” a previously unissued work from 2001.

“‘Life on the Border’ is about a young migrant girl crossing the border,” Hundley said. “It’s one of my favorite pieces.”

Joyce Bahle, Harrison’s long-time literary assistant and default archivist of his work, said: “The story of the Mexican girl crossing the border brought tears of angst to me. It stands as a piece of singular importance.”

From there, an 11-page, 1970s-era gem titled “A Delicate Creature” details Harrison’s trip with ecologists to tag sharks.

Following Harrison’s death, Bahle consolidated Harrison’s work from his various residences and began compiling detailed notebooks of his nonfiction work. His official archives are held by Grand Valley State University and were underwritten by Hank Meijer and the Meijer Foundation. In addition, Michigan State University Archives has additional material of Harrison’s, some of which have been sealed, such as the letters between Harrison and his long-time writer pal Tom McGuane.

Bahle said that after Harrison’s death, she sat on the floor of her home in northwest Michigan sorting through “piles and piles” of magazines she had saved containing Harrison’s essays. She also worked diligently to clear copyrights for Harrison’s work, allowing them to be republished.

Previously, she had overseen the posthumous “A Really Big Lunch” book, which contained Harrison’s essays on food and cooking. Bahle remembers early in Harrison’s career getting some vital advice from a literary friend of Harrison’s: save everything.

“I pulled everything from the wastebasket and sent it to Grand Valley,” Bahle said.

The new book contains numerous photographs from a variety of photographers. The images trace Harrison’s vast interests and detail his deeply ridged face. One photographer whose work is included is Bud Schulz, a long-time friend of Harrison now living in the St. Johns area.

“The title for the new book was something Jim coined,” Bahle said.

She said another title that was considered was “A River Never Sleeps,” which would’ve represented Harrison’s passion for water.

Followers of the life and work of Harrison will find the essays populated with some of his favorite people. The cast includes his fishing and hunting partners McGuane, Guy de la Valdene and painter Russell Chatham, who illustrated the dust jackets for most of Harrison’s fiction. Together, in the 1970s, they were wild and crazy guys who cut a wide swath in Key West, Leelanau and Montana.

I encourage both the lovers of Harrison’s work and those just discovering his legacy to buy this book and put it away until the long hard winter strikes. Each night, read just one essay — then reread them while making notes in the margin. You will see the world in a different light and soon realize you are reading the work of a genius. Many readers will also learn he was a lot like you (and me). Yes, he could name and quote almost every famous poet, but he could also treasure the simple beauty of a walk in the woods.

Harrison was never honored with a Pulitzer or a National Book Award during his lifetime, but reading his work is the best way to honor him anyway.