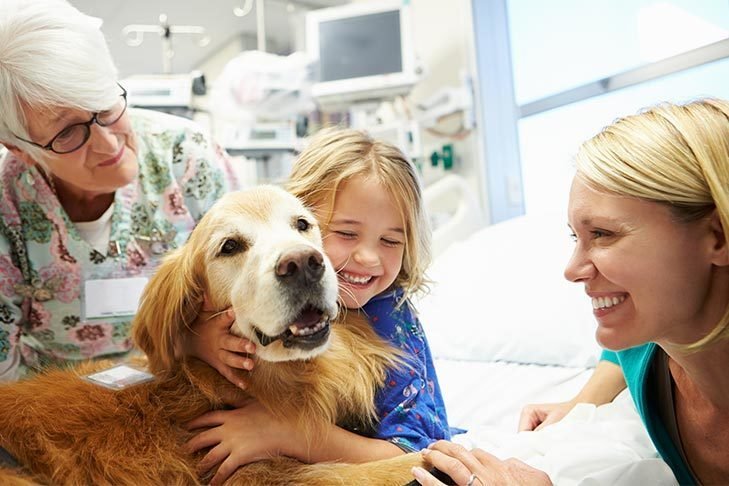 More therapy dogs and tourniquet emergency training are among the programs Michigan hospitals are investing in to better serve patients, health officials say.

The state’s hospitals invested more than $860 million in community-based partnerships and programming in 2020, according to a recent report by the Michigan Health and Hospital Association.

“Michigan hospitals and health systems serve and care for any patient that walks through their doors,” said John Karasinski, director of communications for the association. “ We know that there are some patients with … challenges and burdens and we do not want to be a detriment to them receiving the care that they need.”

One example: Spectrum Health Butterworth Hospital in Grand Rapids is making tourniquets more accessible in public spaces as part of its Stop the Bleed campaign, the report said. The campaign started in 2012 in response to the increase in mass shootings across the country.

One goal is to put tourniquets in public places where mass shootings are likely to occur like in malls, schools and grocery stores.

“We were able to supply some tourniquets to schools in the area,” said Meaghan Crawley, senior improvement specialist with trauma services at the hospital.

The hospital also provides low-cost or free training on how to stop bleeding. The training is open to anyone who could be a bystander to an emergency – even children as young as 11 years old can receive training.

“We’ve taught at many different local schools … and local churches and that is still ongoing,” Crawley said.

Another example: McLaren Greater Lansing Hospital has expanded its pet therapy program after gaining success using it with geriatric psychiatric patients. Therapy dogs and their owners now even accompany doctors on their rounds to patients, the report said. They are also used in the Intensive Care Unit and the orthopedic hospital.

St. Joseph Mercy Oakland Hospital in Pontiac has expanded to meet the need for dental care for people with disabilities. The dental office now has five rooms including one wheelchair-accessible room, the report said. The General Dental Residency program has expanded from three to four residents.

The report is in response to the Affordable Care Act requirement that hospitals conduct a community health needs assessment at least every three years, Karasinski said. This assessment helps hospitals to accurately allocate funding where it is needed most.