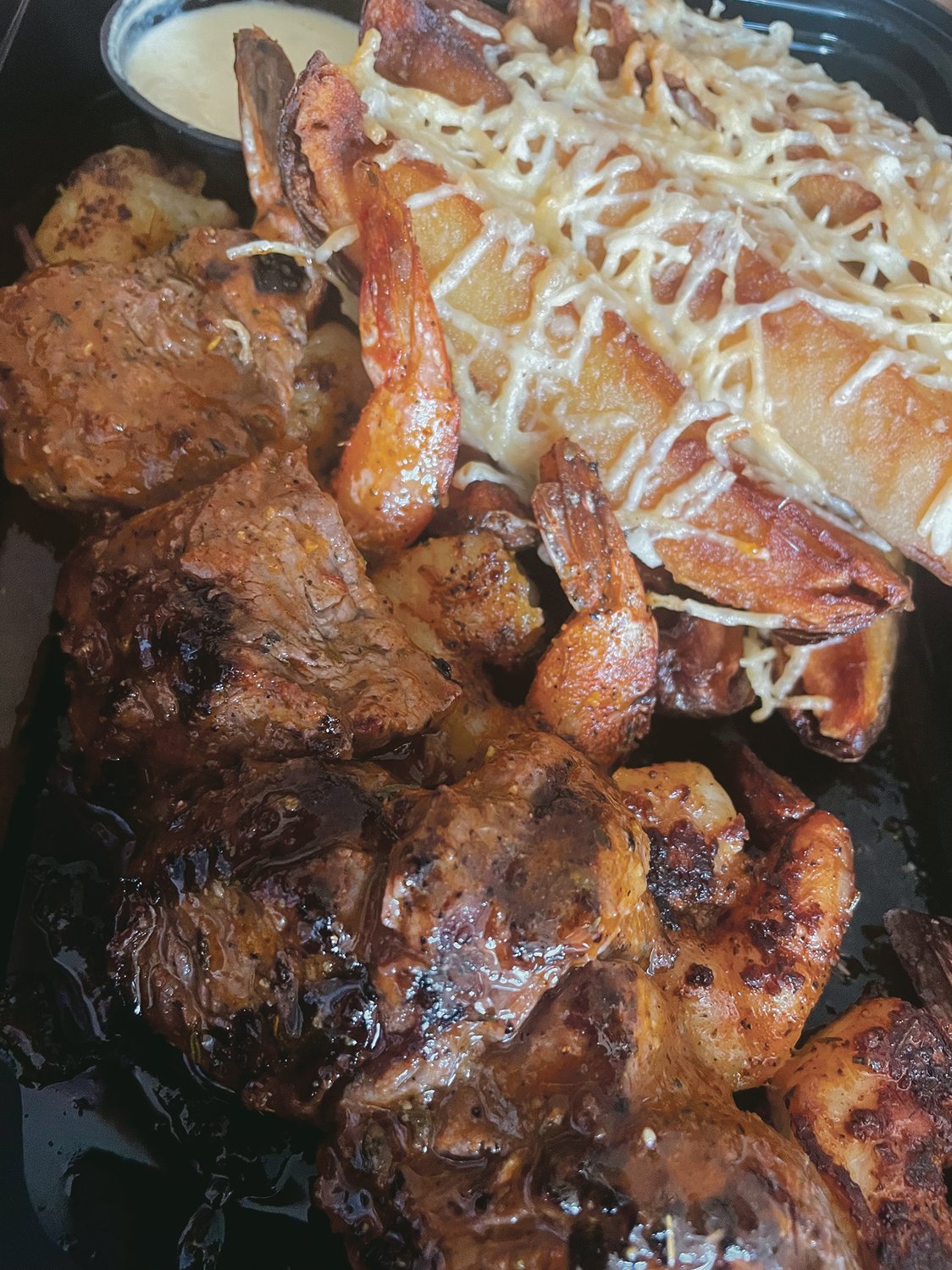 Although it has been open for many years, I have only been to Stillwater Grill a handful of times. My two recent experiences there can be summed up as inconsistent.

A few weeks ago, a girlfriend and I met for dinner on the patio. There was live music, which was lovely, and our server was extremely knowledgeable and attentive.

We started with the crispy fried Brussels sprouts ($10.95). Brussels are one of my favorite vegetables, although I know they’ve been replaced in food trends with the unexpectedly Gen Z-friendly workhorse, cauliflower. These Brussels were crispy, tossed with parmesan cheese, pecans and a balsamic glaze. They were perfectly savory, and the texture was spot-on. I moved on to the chicken Cobb salad ($15.95). The romaine was fresh and crunchy. The sliced avocado was wonderfully ripe and creamy. The hard-boiled egg and crumbled bacon added a bit of textural complexity. I was surprised, however, with the shredded cheddar cheese. While I admit to not being careful when reading menu descriptions, I expected blue cheese on a Cobb salad.

I also ordered an exceptional side of truffle fries ($4.95). To call these “fries” is a misnomer; they are fat potato wedges topped with parmesan and truffle oil. They were fantastic.

On a return visit, Ms. She Ate and I braved a sit-down restaurant with our young children but had the forethought to bring a few snacks to tide them over. Good thing because the service was slow and clunky. Do you like to drink water while you eat dinner? Well, you only get one glass until you beg for more. We started with calamari ($14.95). The breading was heavy and greasy, and the accompanying saffron aioli was flavorful but could barely cut through the fried coating.

I remember hearing about the Cajun tenderloin tips ($15.95) and chose them for my entrée, with a baked potato on the side. When I think of tenderloin, I think of the beef I always make for Christmas Eve dinner. It is velvety, juicy and practically melts in your mouth. It barely needs a sauce because the flavor of the beef is so tantalizing. These beef tips, for the sake of comparison, were coated in a thick layer of vaguely spicy “Cajun” sauce, which covered up many sins. The texture vacillated between being fine and almost inedible due to its chewiness. The baked potato was basic and boring, but it won’t offend anyone.

Mr. She Ate chose the honey mustard chicken club sandwich ($12.95). Again, Stillwater has messed around with time-honored traditions. When most people think of a club sandwich, they think of a triple-layer sandwich on bread. Nothing in the menu description prepared him for the fat, unwieldy chicken and bacon sandwich on a hamburger bun, and while he ate it because we were starving by this time, he wouldn’t order it again.

The She Ate children enjoyed their noodles with red sauce, chicken tenders and French fries, but if your child is expecting spaghetti, be forewarned: They’ll be getting fettuccine. Kids’ meals also came with a scoop of ice cream, and we waited so long for the dessert that I was certain we’d been forgotten. Evidently, the only option is vanilla because that’s what we got without any discussion. Vanilla is an apt description for Stillwater Grill, come to think of it. I didn’t leave offended, but I certainly won’t be making a special trip back.