Gothic fable is moving and surreal 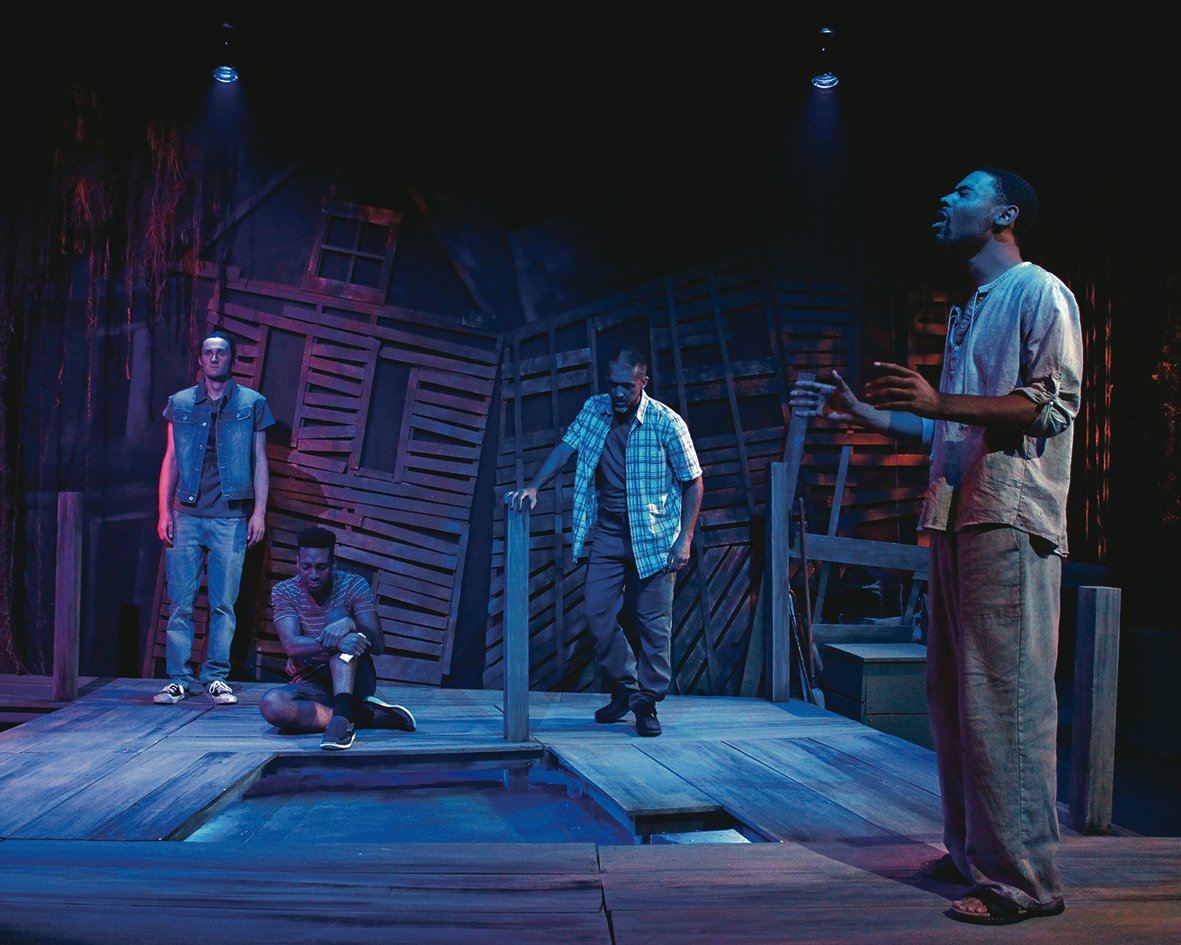 Editor's Note: This review has been updated to include a video of an interview with Terry Guest, the author of the play.

The water-based haze hanging over the stage in Williamston Theater’s production of “The Magnolia Ballet Part 1” begins to transport the audience to an ethereal world where the living and the dead connect, communicate and live.

This rolling world premiere, written by Illinois-based playwright Terry Guest, is being performed in Williamston and other theaters as part of the National New Play Network. The collaboration will allow Guest to polish the words and the story for publication. It also allows him to see how audiences in various communities connect with the work. The Williamston production is co-produced with Plowshares Theater Co. in Detroit.

Guest notes in his biography that writers like Tennessee Williams influenced him, and it shows in this gorgeous “gothic fable.” The characters have a haunting lyrical quality to their words and movement. As a whole, the intimacy of the theater, the simple set and subtle but important sound effects create an entirely new world in Georgia near a river and a march.

But without the extraordinary performances of four actors, the new world might fall flat. Scott Norman as Ezekiel Mitchell V, and other roles, commands the stage with a presence of a father torn between the past of violence and exploitation to learn from his father and find a new path to support his son, Ezekiel Mitchell VI. It is through Ezekiel VI’s experience that the story unfolds. Performed with simplicity and innocence, Stefon Funderburke reels the audience into the collisions of past and present. He discovers the deeper secrets of his family. Those secrets are a comfort, not a terror, for his character. Playing against Funderburke is Timothy Hackbarth, a pot-smoking son of a white supremacist family.

The narrative is beautifully stitched together and connected through time and place by an extraordinary performance of Jesse Boyd-Williams as the apparition. But this character is so much more than a ghost. He is the living embodiment of generational violence and racial hate. His embrace is also the embrace of men taught by society not to touch in intimate ways. Each time he enters the scene, his movement is graceful and deliberate. Even when standing and watching the relationship between his ancestral family members, a gentle hand movement aids in the illusion that this ghost is not quite corporeal. His presence is so strong that even when not on stage, one can easily imagine him watching from a corner, waiting until he is needed next to nudge his family a step forward.

This is not a traditional play. It relies heavily on movements and sounds generated onstage by the actors. The movement of each character is essential to the storytelling’s power, making each character a real, living, breathing person on the stage. People we care about.

As with Guest’s influencer Tennessee Williams, this production is both truth of now and a warning of the past and future. Williams could find essential hidden and powerful emotions, and Guest exceeds his role model. This script is tight and careful in words. Nothing happens or is said that does not resonate with another moment in the play — connecting each of the characters in the past and into their futures.

The use of faggot and the n-word are powerful. They are not only necessary to the story’s unfolding relationships — they are essential to understanding the past, present and future. They serve as the basic ground on which this gothic fable must stand to tell the story of the two different Mitchell families. Without them, the magical trip into an ethereal world of Georgia by the marsh and the river where two young men struggle to find identity, connection and ultimately disconnection would not resonate in the audience’s hearts.