Lansterdam in Review: Full spectrum oil — the headiest high in all of Lansing? 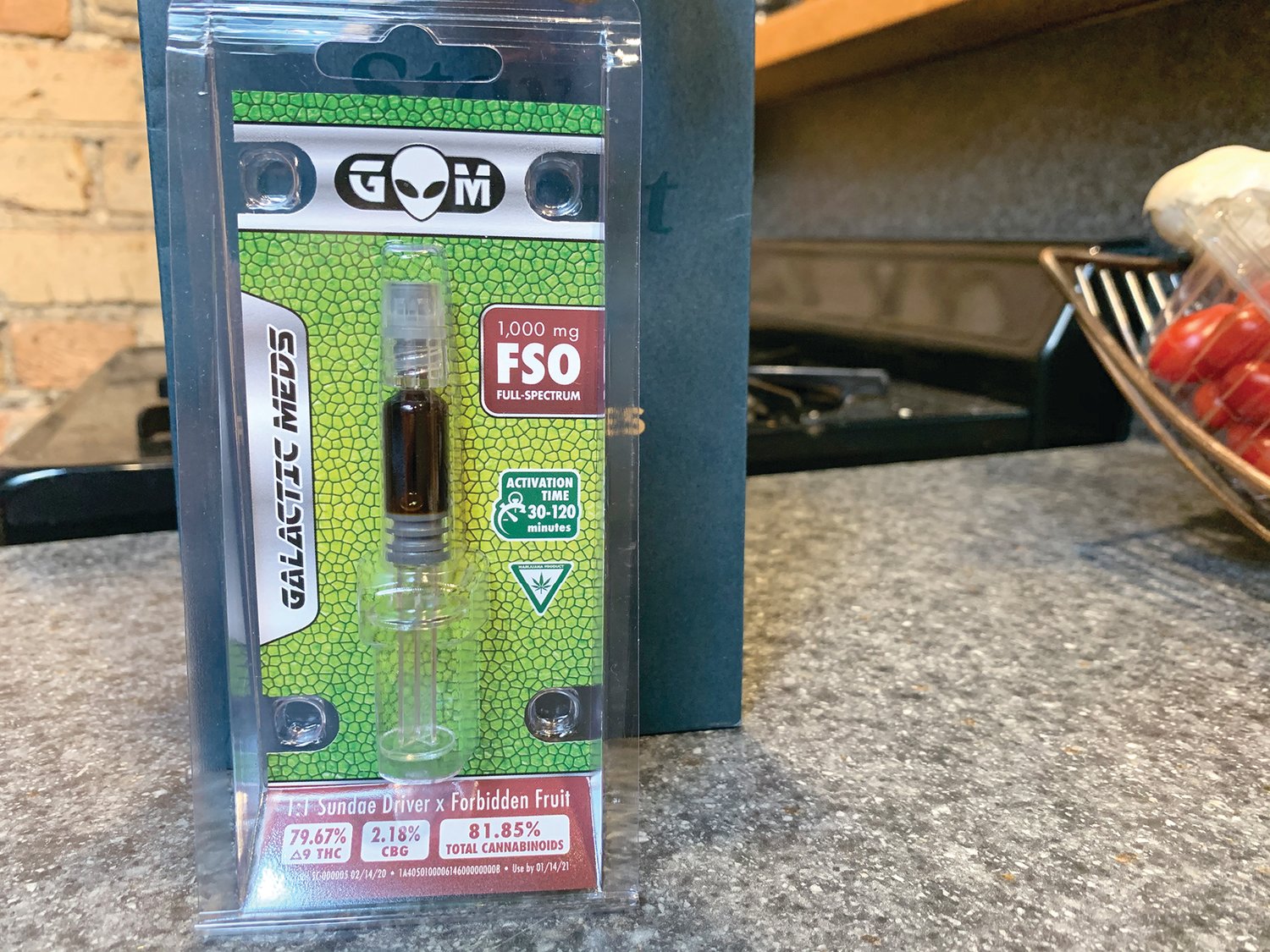 Good news: After months of selling only medical marijuana products to card-carrying patients, Pleasantrees in East Lansing is now selling recreational cannabis to anyone over the age of 21.

My concentrate sampling portfolio is starting to become fairly expansive. I’ve tried crumble, shatter, budder, sugar, badder, live rosin, cured resin and seemingly everything in between. Last week, I rounded out the list with my first — and maybe last — experience with full-spectrum THC oil.

Full spectrum oil — commonly abbreviated as FSO — is designed to incorporate as many terpenes and cannabinoids as possible into the final product. So, in addition to THC, this oil also included healthy doses of THCa, CBD, CBDa, CBG, CBN and other cannachemical goodies.

The idea is to reproduce the flavor and aroma profile of the actual plant, which allows the user to reap the full benefits of the cannabis strain and enjoy the highly acclaimed “entourage effect” — the synergistic effect where each of the individual components of the plant, including the non-psychoactive parts like CBD, work together to produce a complex and long-lasting high.

It’s also reportedly among the best treatments for ailments like inflammation and chronic pain. I wouldn’t know. Aside from occasional anxiety, I usually only smoke to get as baked as possible.

Full spectrum oil is also notoriously difficult to produce, which can make it relatively rare on the Michigan marijuana market and virtually nonexistent outside of a medical menu. Pleasantrees only had one variety in stock last week: Sundae Driver crossed with Forbidden Fruit strains.

The small, needleless syringe was filled with an unusually dark liquid that had the consistency of a gooey honey mixed with Neosporin. Some suggested mixing it with a hot drink; I took a few squirts straight under my tongue without paying much attention to the recommended dosage.

Big mistake. I’m still not totally sure but I think I ingested about three or four times more than necessary. A burst of an almost giggly type of energy within the first hour helped make sure a few chores were done around the house. Two hours later, I had fully melted into a leather chair.

It’s worth noting that this complex sort of cerebral high seemed to be competing with an intense body high — making any real attempt to do anything productive an entertaining but ultimately fruitless experience. I was supposed to be cleaning and packing up boxes around the house. I actually just organized a collection of pens, ate a whole bunch of pineapple and went to sleep. I woke up in the middle of the night for potato chips and my eyes were still puffy in the morning.

Like the subdermal patch, these THC tablets — also exclusively available on the medical menu — are designed as an alternative for patients that can’t handle smoke. And at only 10 mg per tablet, it allows the user to tailor their dosage for their own desired effects. The package said it's designed to promote a feeling of relaxation and comfort as well as a “slight sense of euphoria.”

And “slight” is the key word. I had six on an empty stomach after my morning coffee and didn’t feel much of anything except for a very mild sense of relaxation. It was enough to keep a dumb grin painted on my face for an afternoon dog walk, but it seemed to fade away a few hours later.

I can also vouch for appetite stimulation; I had never been more excited for Chinese food to be delivered to my apartment. By the time it arrived, however, my high had disappeared altogether.