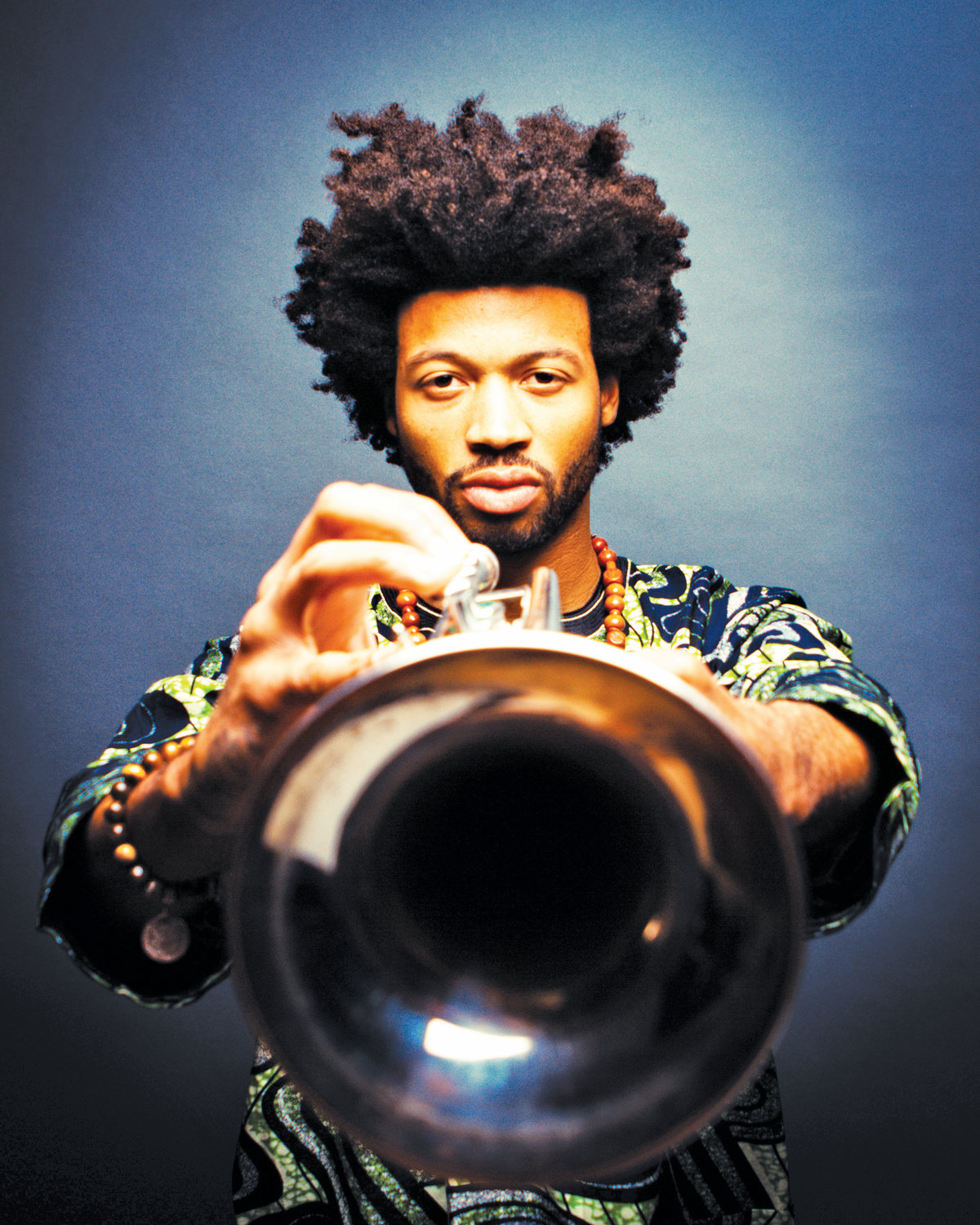 Once upon a groove, smooth jazz curled like rain-kissed tropical shoots from its roots in '70s jazz-rock fusion. The flowering funk formed its own purple lagoon, sheltered from the thickets of mainstream jazz — which seemed to many to require a master’s degree to hack through — and worlds away from the thorny avant-garde.

Lansing’s ever-expanding Smooth Jazz Fete, now in its third year, is an unapologetic celebration of the sensual, party-loving room tucked into jazz’s many mansions.

Lansing’s own smooth jazz impresario, reedman Phil Denny, put together the most diverse and star-studded fete to date this year, ranging from the center of all smoothness, the velvety guitar of Chicago’s Nick Colionne, to the crossover creativity of Chicago’s Sam Trump, member of the hip-hop/funk/jazz collective Sidewalk Chalk.

Trump is a trumpeter, vocalist, composer and overall magic man. He not only plays ukulele, he can layer the uke sound electronically and put you into a cross-eyed trance of summer bliss.

“Being a late '80s baby, I grew up when smooth jazz was forming,” Trump said. “It’s a communal type of music, chill and laid back. You can barbecue to it, sit back. In a live setting it’s just great.”

Core themes of personal growth, social and political change fuel the eternal sunshine of Trump’s songs, but he’s not worried about feeling free to express himself in the “chill vibe” of a smooth jazz setting.

“On stage, I’m always striving to be authentically myself,” he said. “I’ll be just fine.”

He can hardly help it. A few years after Trump started playing the trumpet at age 7, he got his hands on a cassette recorder, holed up in his middle school band room and overdubbed multi-track recordings of his own compositions, playing the flute, tuba, clarinet and trumpet and singing the lyrics.

“I did it before I really understood what jazz was,” he said. “But it kept me out of a lot of trouble, and it kept me super disciplined.”

He passed up several scholarship offers to attend North Texas University, a music haven with nine jazz bands. By then, he had the urge to see another side of life.

Thanks to a stint as a record-breaking door-to-door salesman for Kirby vacuum cleaners, Trump acquired enough entrepreneurial acumen to put a rocket under his musical talents. He learned how to package his many musical passions and put together tribute shows to a diverse range of beloved musicians, from Nat King Cole to Curtis Mayfield.

“There are seasons in life,” Trump explained. “If you dedicate a season, spend a couple of years to honing a craft, you have that for the rest of your life.”

Denny expects Trump’s energy to take an already packed slate of music to the next level.

“The idea is to mix it up and give people a taste of something new, besides giving them a chance to hear a favorite artist live,” Denny said.

Colionne’s guitar blends tones of afternoon indigo with pinkish plinks of lingering light and the first emerging stars. Denny says he is smooth along all axes, musical and personal.

Kansas City’s Julian Vaughan, a 6-foot-7-inch tower of a musician, has more of a pinch in his guitar sound — actually a piccolo bass, played in the funky style of Wayman Tysdale, a smooth jazz guitar and basketball legend.

The gospel side of smooth jazz is ably represented by inspirational saxophone player Merlon Devine. After fighting early illness and asthma, he became an evangelist and breathes the good news into his music, both sacred and secular.

Detroit-born Althea Rene adds the honeyed savor of flute to the fete, along with an impressive musical lineage. Rene’s father, Dezie McCullers, was one of Motown’s original Funk Brothers. Rene was a Wayne County Deputy Sheriff for 10 years before devoting herself to music full-time.

Needless to say, Denny himself will also take his turn in the spotlight, in addition to sitting in with one or more of the guest artists. Denny just notched his second career top 10 track on Billboard, “Feel All Right,” from his 2018 release “Align.” He’s played festivals all over the country this summer, headlining September’s Myrtle Beach, South Carolina, Jazz Festival and plans to hunker down in the studio again this fall to produce a five-track EP.

A surprise late addition to the fete is Minneapolis saxophonist Danny Q, or Danny Kusz. Booked too late to be featured in ads, Danny Q is well known in the smooth jazz world as a hyper-buzzed, cotton-candy acolyte of Prince.

When regional artists like Danny Q join the party to sit in with headliners, it shows how swiftly Denny has built the fete into a destination festival.

“At first, I didn’t know it had that potential, being that we’re in Lansing, Michigan,” Denny said. “Now we’ve got a lot of people making the trip that wouldn’t ordinarily have come here.”

Denny scrutinized the ticket orders and found that last year, about 15% of the 500 or so attendees drove more than two hours, and 8% flew to Michigan from a dozen other states.

The relatively small scale of the fete is a big draw. Jazz lovers can mingle with the artists, and each other, instead of being swallowed up in the 3,000-person crowd smooth jazz festivals draw in Florida, California and other states. Its unique setting — the hulking, refurbished Armory in the heart of Lansing’s east side — is another part of the fete’s appeal.

“I’m proud that we’re part of the east side neighborhood,” Denny said.

But is there a noise issue? Back in the day, soldiers held artillery drills at the Armory. Tucking Nick Colionne’s satiny sounds into the neighborhood is a breeze by comparison. So far, Denny said, nobody has complained about the smooth emanations issuing from the armory each August.

“We like to think it’s a pleasant noise from a distance,” Denny said.