Few expected another COVID-19 surge. Why is it happening? 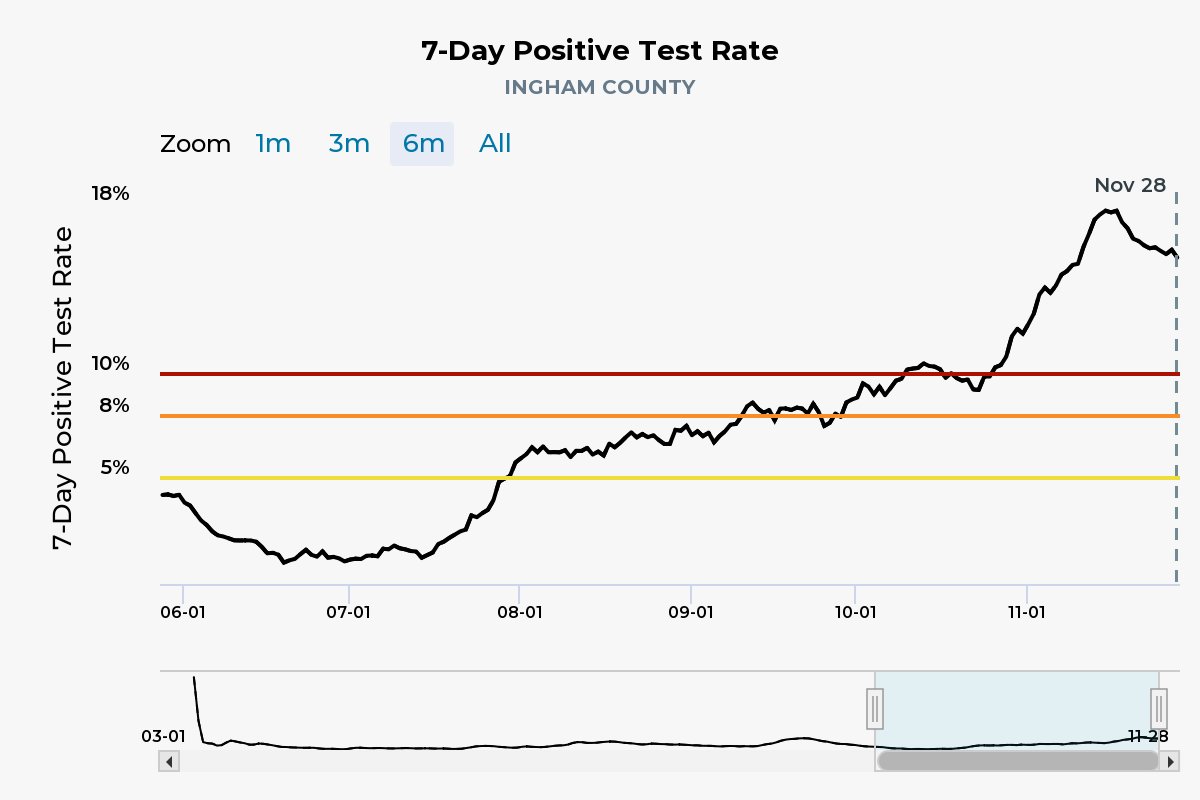 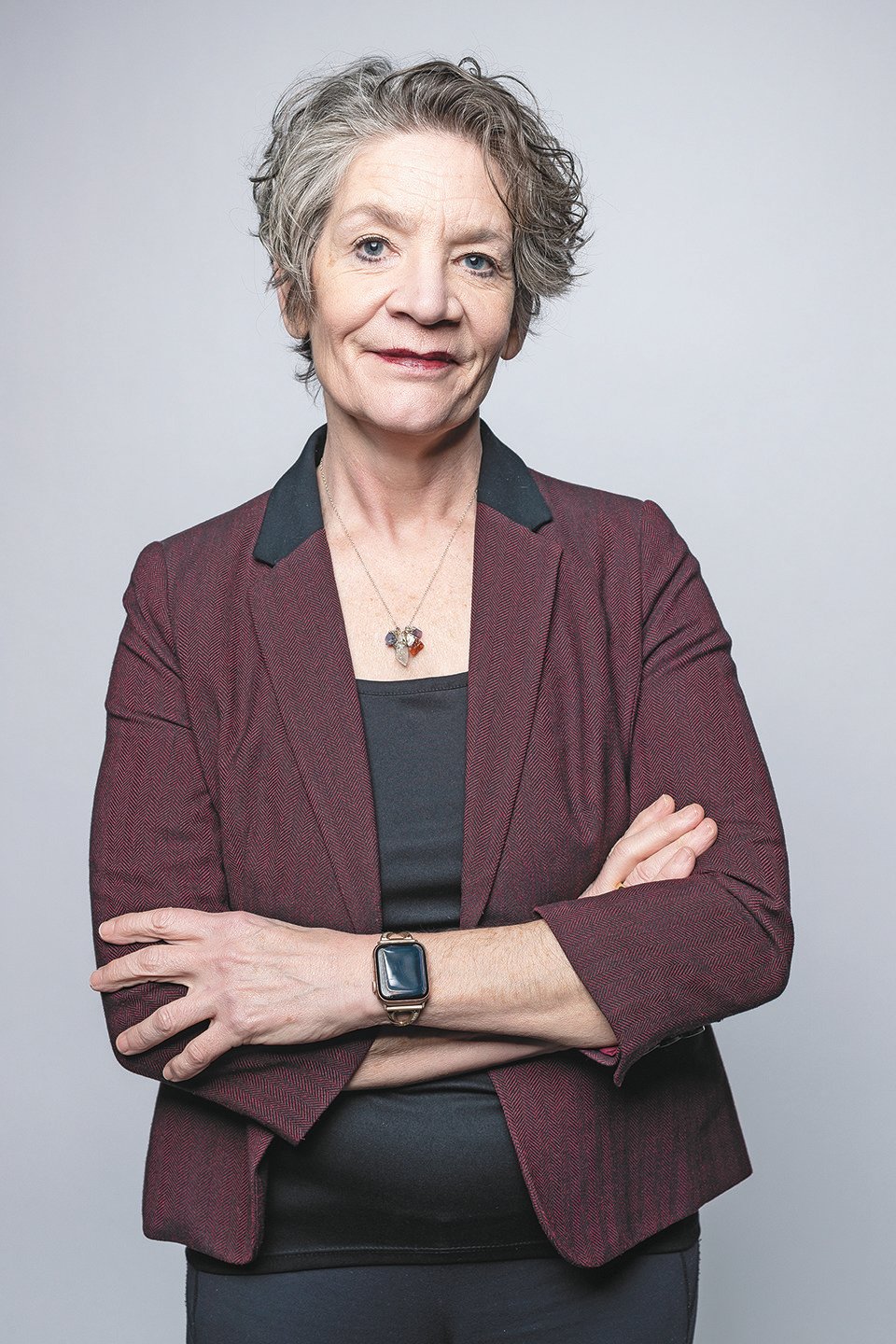 Ingham County Health Officer Linda Vail said she is “troubled” and “perplexed” by a recent increase in COVID-19 cases across Ingham County — a statistic that also bears out statewide.

Last week, Ingham County tracked a case positivity rate of 15.9%, down slightly from a peak of 17.7% in early November. That percentage — which indicates the proportion of tests that have come back positive for the virus — has nearly doubled from a 9% rate tracked in late October, putting the county into what federal health officials labeled as a “high” level of transmission.

And despite local and statewide vaccination rates higher than 60%, a total of more than 1.44 million cases have been reported statewide with more than 25,000 deaths — including at least 35,000 cases and 482 deaths reported in Ingham County. Another 159 people were still hospitalized with the virus late last week, including 31 patients reported in intensive care units.

Vail also said that local hospital systems were reporting up to 90% occupancy rates this week, pushing Sparrow Hospital in Lansing to halt all elective surgeries to deal with the caseloads.

“I didn’t expect there to be a surge this time around,” she said. “I figured with the vaccine we’d be OK.”

And with cases on the rise even with more than half of the population having been fully vaccinated, Vail is also tracking another trend: More misinformation  online, particularly about breakthrough cases and continued doubts over the efficacy of the vaccine.

A frequent question: Why are caseloads up with so many fully vaccinated people out there?

The latest increase in cases and hospitalizations is concentrated primarily in networks of people who have not gotten vaccinated, Vail told City Pulse this week.

That leaves 75% of the cases tracked to date in Michigan impacting only unvaccinated patients. But with that much virus circulating in the community, everyone is at a higher risk, Vail added.

Looking at recent data, Vail has come to some understanding of why the virus is surging again.

The key issue, she said, is that unvaccinated people tend to be in the same social networks. That means if infected people mingle with their network, they are more likely to transmit the virus. The most prevalent variant circulating in the community right now is the Delta variant, she said. And that is significantly more infectious than the original strain of the virus.

“Makes sense, right? We all tend to want to be around people who think like we do,” she said.

Also compromising the public health response is the inability or simple unwillingness of some people who test positive to isolate themselves. In this category, she noted that there are two types of people: those who simply refuse to isolate, and those who economically cannot isolate.

“For those who can’t be isolated because they’ll lose their job or cause the business to be short-handed, that’s a really tough call,” Vail said. “What do you do in that situation?”

County health officials issue warning letters for people who have tested positive for COVID-19, ordering them to isolate themselves. Those warning letters are the first step in possible legal action under the state’s Public Health Act. Under a provision of the law, health officials can petition a court to impose isolation and treatment on people deemed “health threats to others.”

Vail said her team has continued to reach out to those with positive tests, as well as those who have been identified as close contacts. But that work is becoming more and more frustrating.

“Because we are seeing more people who were not vaccinated becoming infected or identified as close contacts, we’re seeing a bit more hostility when we reach people,” she said. “There’s a lot of reasons for it, but it’s hard on the staff.”

She said the backlash to contact tracing efforts has added stress on her staff and is leading to burnout across the healthcare industry, including in public health. That, in turn, could lead to even more pressure on healthcare providers as their colleagues leave the profession, she said.

Statewide, emergency room visits climbed from 7.3% to 9.3% over the last two weeks. And while battling vaccine hesitancy and hostility with potential exposures to the virus are top on her mind, Vail is also bracing for the sweep of a new variant of concern: the Omicron variant.

“We are at the very beginning of understanding this variant,” Vail said. “This is the starting point for the science. There’s a hypothesis out there, and now we’re going to check it. We’ve had other variants we were initially very worried about, but when the science was done, we realized we didn’t have to worry. We just have to keep following the science and see where it leads.”

In the meantime, Vail is offering some familiar reminders for residents to wear masks while indoors, practice social distancing, get vaccinated, heed recommendations to quarantine for those identified as close contacts of a positive case and to isolate for those who test positive.