Bernero apologizes after women speak out against three-term mayor 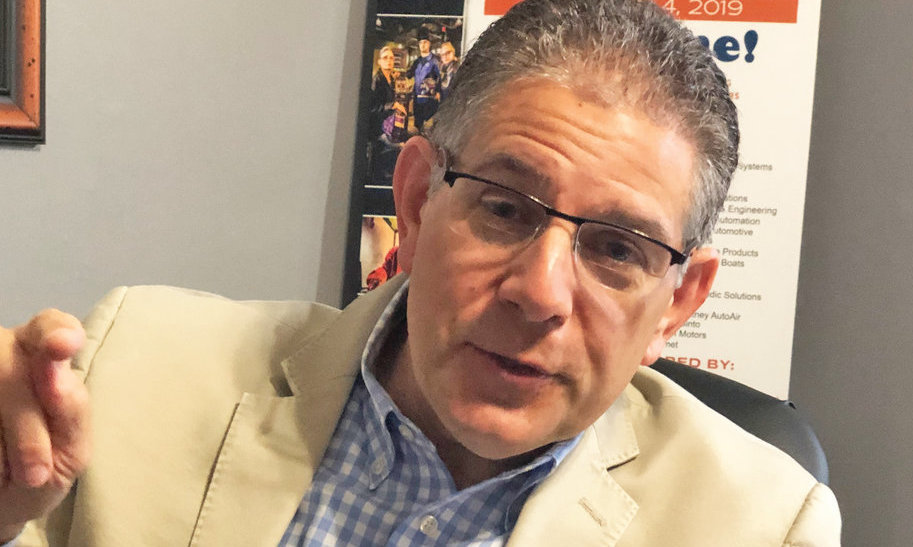 One woman was an employee for House Democrats when she said Bernero, who was then mayor, approached her on Washington Square in downtown Lansing in 2010 and groped her in front of her intern. Another said Bernero made unwanted sexual phone calls to her in 2004 while he was a state senator.

Both women told their stories on the condition of anonymity for fear of retaliation. They also have contemporary witnesses who independently verified their stories. To further shield their identities, City Pulse agreed to refer to them in this story only as “Woman A” and “Woman B.”

Bernero said in a text message this morning that he did not recall the specific incidents.

“But I am deeply sorry for any pain I have caused these women and to my wife and family,” Bernero wrote. “The behavior described is unacceptable and wrong. I am responsible for personal mistakes that I made in my marriage and after counseling and painstaking reflection and work I am blessed to still be together with a woman and wife of my dreams, Teri Bernero.”

He also said that he “cannot undo” the past, only “learn from it and confront it with honesty.”

“I don’t believe that we should be defined by our past mistakes,” Bernero added.

Woman A alleges that she and an intern from her office were near Traverse City Pie Co. location at Allegan Street and Washington Square trying to decide on lunch. They had originally ventured that way to indulge in $1 Jimmy John’s sandwiches, but the line was far too long.

While she does not recall the exact date, she suspects it was during the spring or summer and does know that the meeting occurred shortly after Bernero announced his run for governor. That announcement was made Feb. 28, 2010. She was 31 years old.

The two were deliberating their choices for a quick lunch, when she said she saw Bernero and a group of men outside the former Tavern on the Square.

She had met Bernero once before, while working for a local bookstore. She was staffing a booth at a book fair at Eastern High School when Bernero approached her and sat at the booth with “his usual friendly, but a little bit flirty self.” The conversation was pleasant. He asked her to send along his resume, which she did.

Woman A did not see or hear from Bernero again until the chance meeting downtown in 2010.

“One thing, I think, that a lot of people have noticed is Virg is really good with remembering faces or people, and he recognized me,” she said. “He came over and was like, ‘Hey, haven't we met?’, and was chatting with me and I told him, ‘Yes. We met at this book fair.’”

The woman was wearing her state ID tag, which was attached to a front-facing belt loop by a retractable lanyard. She said Bernero reached out to grab the ID to look at it — running his hand up her thigh in the process and making both her and her intern feel uncomfortable, she said.

“It was hanging right on the front area of my thigh. And he put his whole hand flat on my leg. So it was kind of encompassing the front of my leg. And he then pulled his fingers together, rubbing it across my skin until he grabbed the badge, then he pulled the badge away,” she said, clarifying that she was wearing pants and there was no skin-to-skin contact between them.

“Then he went to put it back by setting it on my leg and then flattening his fingers out across the thigh until he had his hand flat on my leg again before pulling away. I mean it was that moment I didn’t really know what to do about it,” Woman A told City Pulse in an interview this week.

Woman A’s intern — now an assistant county prosecutor — said he was just as shocked by the mayor’s behavior as Woman A. Both of them separately retold the story to City Pulse, characterizing Bernero’s contact as a “grope.”

“I was stunned,” Woman A’s intern told City Pulse. “And I remember that part clearly that it happened because it was a stunning thing. It was the complete disregard for any thought about whether or not that was OK on his behalf. He was just like, ‘Whatever, this is what I do.’”

In 2004, Woman B was an anchor at a Lansing television station. Bernero was a state senator.

She said she had just completed a high-profile event for the television station during which she had worn capri pants. She was at home when her phone rang. On the other end was Bernero, calling from the floor of the legislature and complimenting Woman B’s legs, she told City Pulse.

“He was calling from the floor of the legislature and identified himself as such saying, ‘I’m calling you from the floor, from my desk on the floor,’” she said. “And he brought up the capris that I wore, and he used this as a launch into talking about my legs and how he thought I had great legs. And I didn’t really know what to say to that. This wasn’t the call I expected to get from him.”

Woman B doesn’t recall the specific language used by Bernero in that call, but said the conversation was about how Bernero wanted to “see more” of her “great” and “fabulous” legs.

She also characterized the conversation as sexual and unwanted. And it wasn’t the only call. Woman B also alleged there were “at least three” that she could recall — all sexual in nature.

“They were flirtatious/sexual in nature,” she said. “There was the sense that he wanted to call me and he thought he was being cute or flirtatious.I vaguely remember them. I don’t remember exactly what they would be about. He would have complimented me on my legs. Again, this sort of seemed to be like a running thing with him."

Woman B also said Bernero called to complaint about his wife, Teri, a Lansing School District school principal. The comments revolved around the idea that she was a “killjoy” and “She’s not fun, something like that,” said Woman B, who also discussed those phone calls afterwards with her friends and a colleague in the newsroom.

One witness confirmed to City Pulse that she was informed about Bernero’s calls to her friend, Woman B. She also said Bernero’s behavior ultimately put him on an internal list of men that women in the newsroom would always warn new reporters to be wary of when doing interviews.

Woman B’s former spouse also recalled his ex-wife being made uncomfortable by the calls.

Bernero, 56, served three terms as mayor, one partial term as state senator, one term as a state representative and many years on the Ingham County Commission. In 2010, he was the Democratic candidate for governor against Rick Snyder. Bernero announced four years ago that he was not going to seek a fourth term as Lansing mayor, saying he needed to instead focus more of his attention on his family, including his wife and his then 91-year-old father.

But Bernero is back in the headlines and angling for re-election. While he has not formally filed or announced his bid for office, he has sent emails attacking current Mayor Andy Schor and his administration, as well as fundraising letters with “Bernero for Mayor 2021” on the envelope.

Both Woman A and Woman B told City Pulse they were coming forward with their stories now specifically because Bernero is considering running for mayor against Schor this year.

“Oh my God, I really don’t want him in that position. He really does not need to have any power,” said Woman A. Woman B — the former news anchor — concurred with Woman A’s sentiment.

“I think he used his position in some way to gain, to act on these impulses,” added Woman B. “He clearly had some interest in me and he was going to make it known by use of his position and power. And that’s really problematic when he’s talking about running for office again. I know that he does and I know that there were other victims. Especially after some of the things we have seen, the #MeToo Movement, how do I stand by and go, ‘I know he does this and I know he tries to use power and while I was made uncomfortable and it wasn’t criminal, and I was kind of able to get away from him, some women are not going to be able to get away from him.”