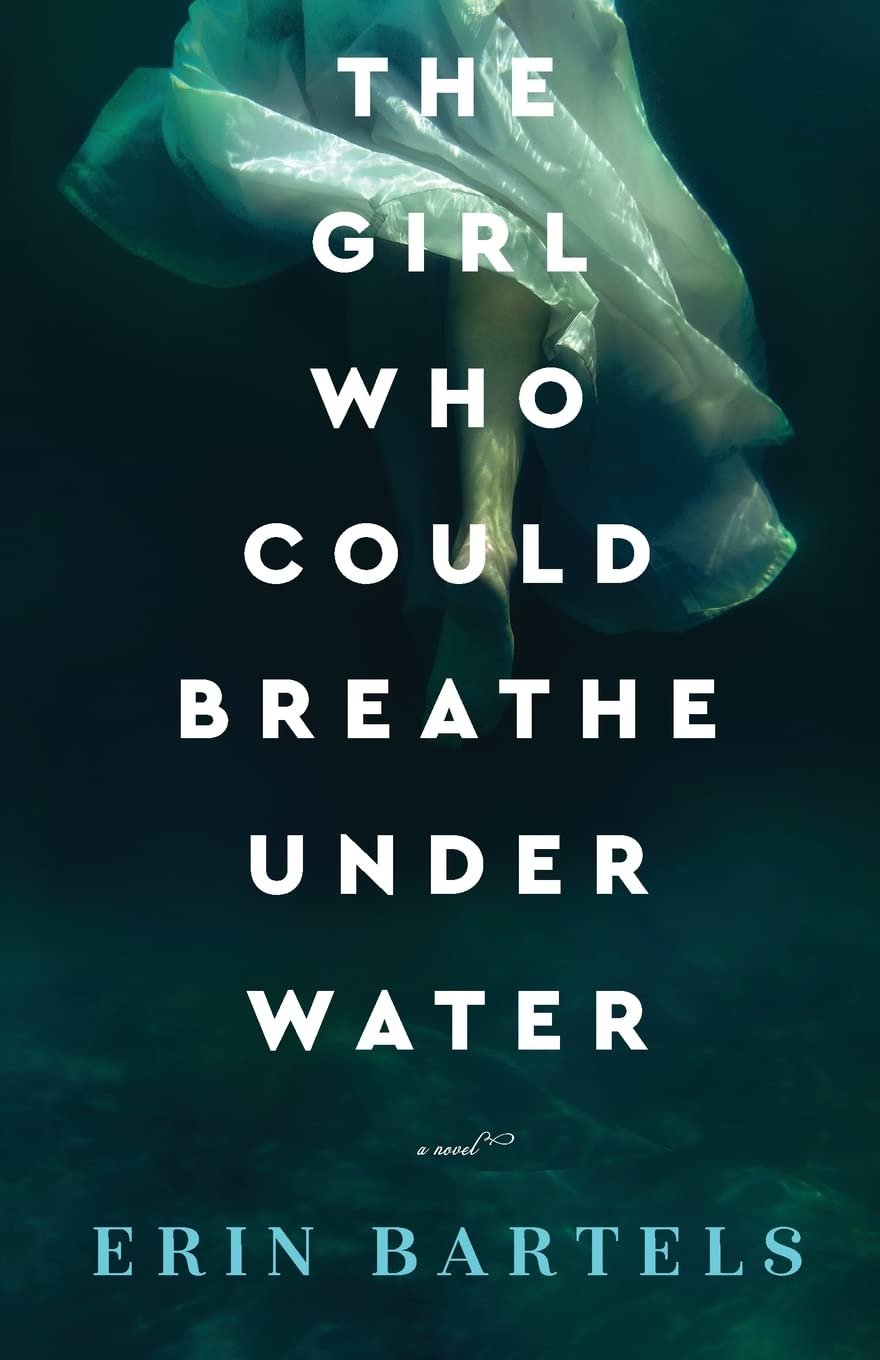 Lansing resident Erin Bartels’ new book, “The Girl Who Could Breathe Underwater,” is part mystery, part romance and part coming-of-age story. The novel revolves around a young author who goes up north in Michigan to finish her second novel. If it sounds formulaic and simple, it isn’t.

Our protagonist, Kendra Brennan, has authored a successful first novel, a thinly veiled memoir she titled “The Summer.” Brennan develops the worst case of writer’s block as she tries to write her follow-up book, and an impending deadline has her on edge.

Following the publication of her first novel, Brennan received a letter from a reader signed “Sincerely, A Disappointed Reader.”

The letter is personal, and most likely from someone who knows a lot about the fictionalized summer that forms the plot of her first book. Kendra becomes so obsessed with who may have written the letter that it has kept her from writing her second novel. With the deadline around the corner, Kendra decides to spend the summer at her grandfather’s cabin in Northern Michigan, which served as the setting for her first book and where the likely letter writer resides.

It’s there on Hidden Lake she sets out to finish her novel and discover who wrote the letter and why. Without giving away any of the plot threads, let’s just say she finds out more than she might have reckoned.

As she moves into the cottage, Kendra is looking forward to seeing old friends — especially Cami, her closest childhood friend from whom she has lost touch. She also hopes Cami’s dad, Robert, her mentor and neighbor on Hidden Lake, might help her kickstart her writing. He’s a successful writer and a father figure for Kendra, whose actual father abandoned the family. Her mother, Jackie, has kept the identity of her father secret.

Soon after moving into the cottage, Kendra is surprised when an interpreter, Andreas, who has been hired to translate her first book into German, shows up at the cottage. Although totally unexpected, he soon becomes part of the complicated round of summer activities and Kendra’s writing. One person Kendra’s dreading to see is Tyler, Cami’s older brother.

I spoke to Bartels at her Lansing home, where she works remotely for Revel, a division of Baker Publishing Group in Grand Rapids, as a copywriter. She’s an expert on writing those little descriptions that appear on the back of a book.

“The book is very personal to me,” she said. “I also have never had writer’s block.”

That statement is backed up by the four novels she has published since 2019.

Bartels uses an interesting technique in various parts of her book. She begins a “conversation” between Kendra and her lost friend Cami, from whom no one has seen or heard from in quite some time. The technique allows Bartels to fill in background and to explore her feelings.

“I originally wrote in the third person, but it wasn’t there,” she said.

As the summer progresses, Kendra has not put one word on the page; is uptight about the return of Tyler; and might be developing a crush on her German interpreter.

In her new book, Bartels continue themes she has used in her previous books — especially the importance of redemption and forgiveness. She said the fictionalized book “The Summer” and “The Girl Who Could Breathe Underwater” draw heavily from the themes in her first novel, which she never published.

“The Girl Who Could Breathe Underwater” explores deep and sometimes false memories, and what truth is.

“There are no heroes and no villains,” Bartels said.

Readers may dispute that observation as they get more deeply into the novel. Bartels also wants readers to think about friendship and how we lose it.

“Until we lose our friends, we don’t remember how much they meant to us,” she said.

In a quick summary of her book, Bartels describes it this way: “Something bad happened, and no one gets revenge or justice.”

Michiganders will recognize and appreciate Bartels’ apt description of cottage life, including collecting unusual stones on the beach and the omnipresent board games tucked away on shelves awaiting a rainy day.

“I have a pile of stones right next to me,” she said. “Life Up North is kind of timeless, with furniture a couple decades old.”

Bartels has already turned in the manuscript for her next novel, which is set in East Lansing and revolves around music of the ’90s with a good look at the Detroit roots of rock ‘n’ roll.

Readers, especially those who like the successful “friendship fiction” genre, won’t be disappointed in Bartels’ newest book. Just try not to giveaway any of the plot lines, and don’t read the author notes before wading into Bartels’ new book.