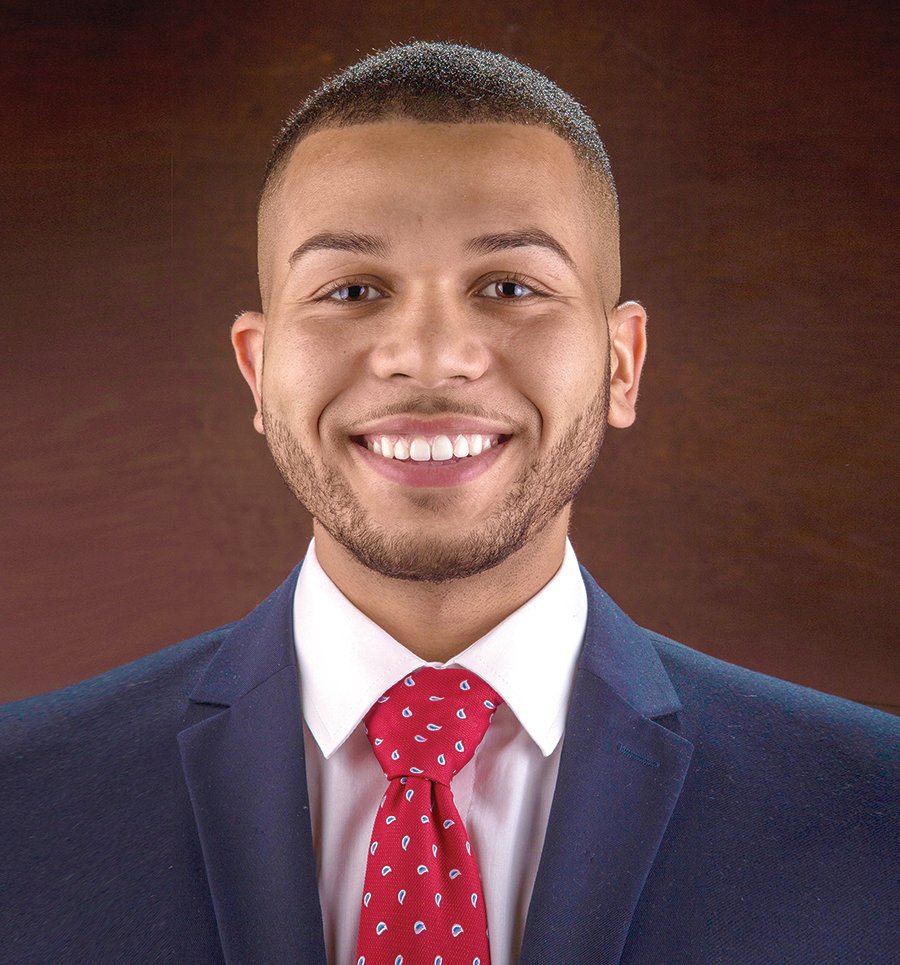 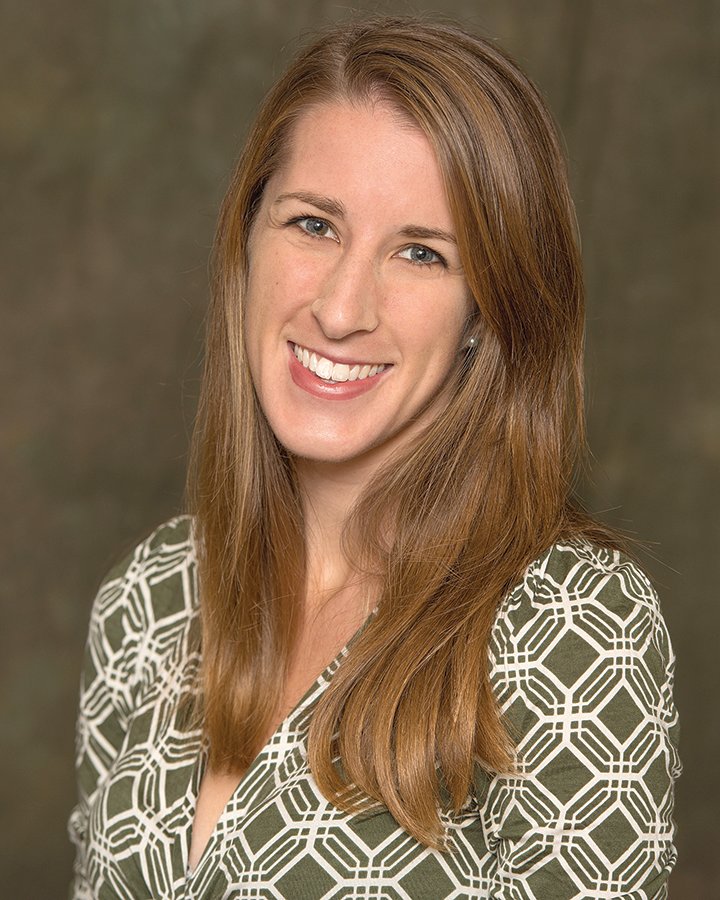 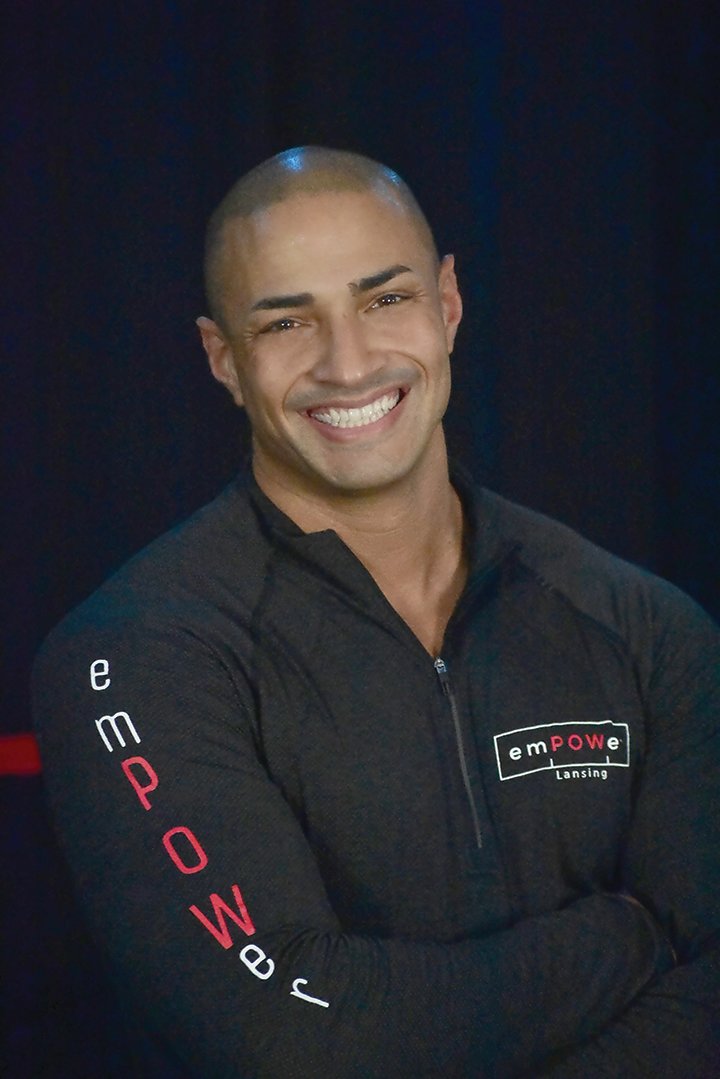 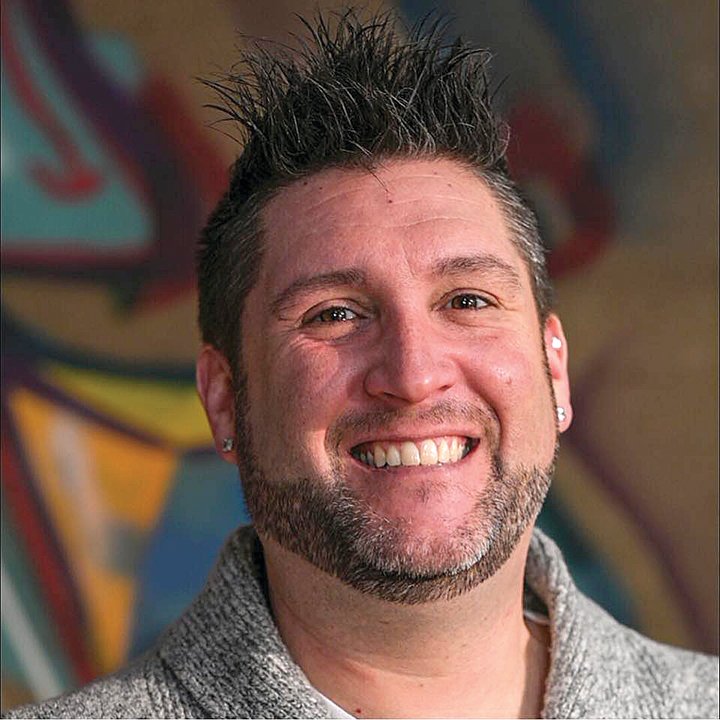 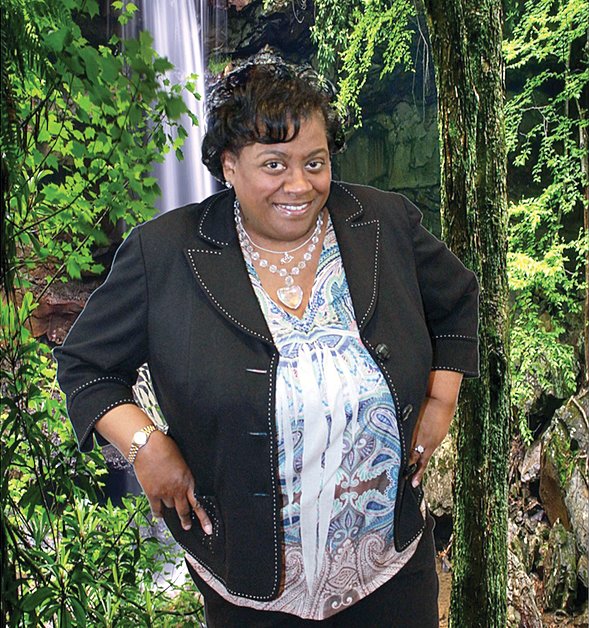 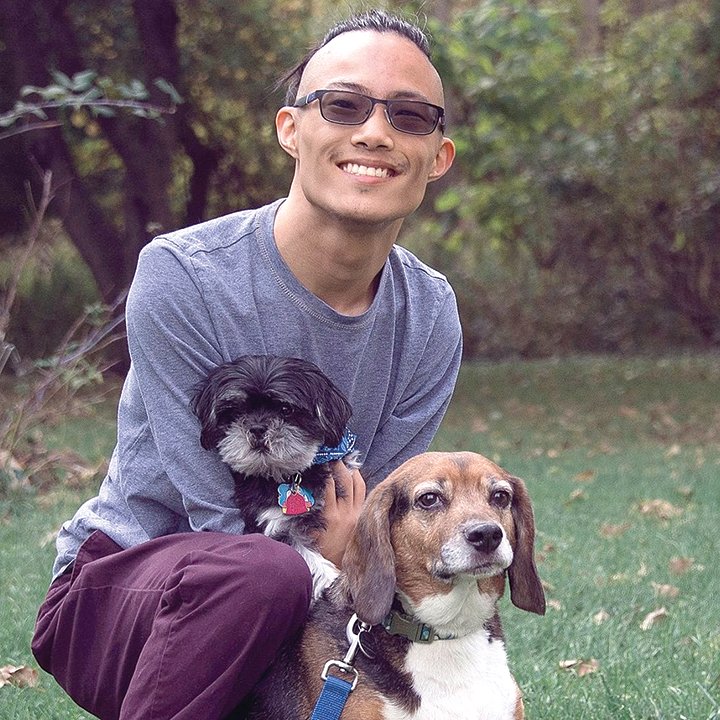 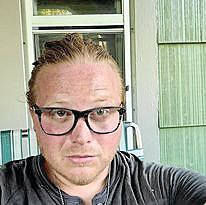 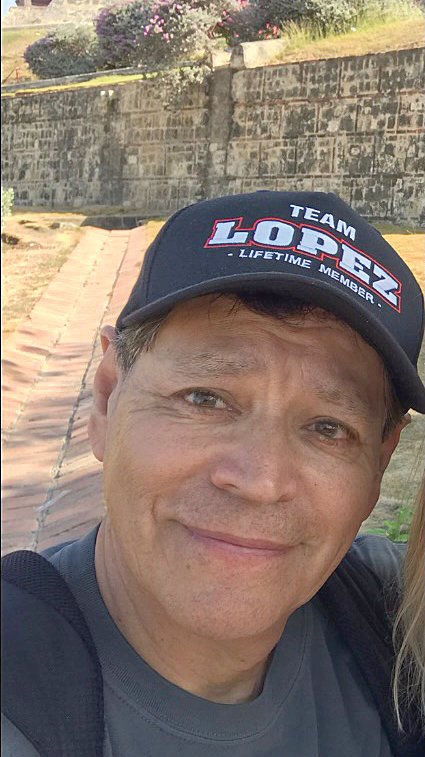 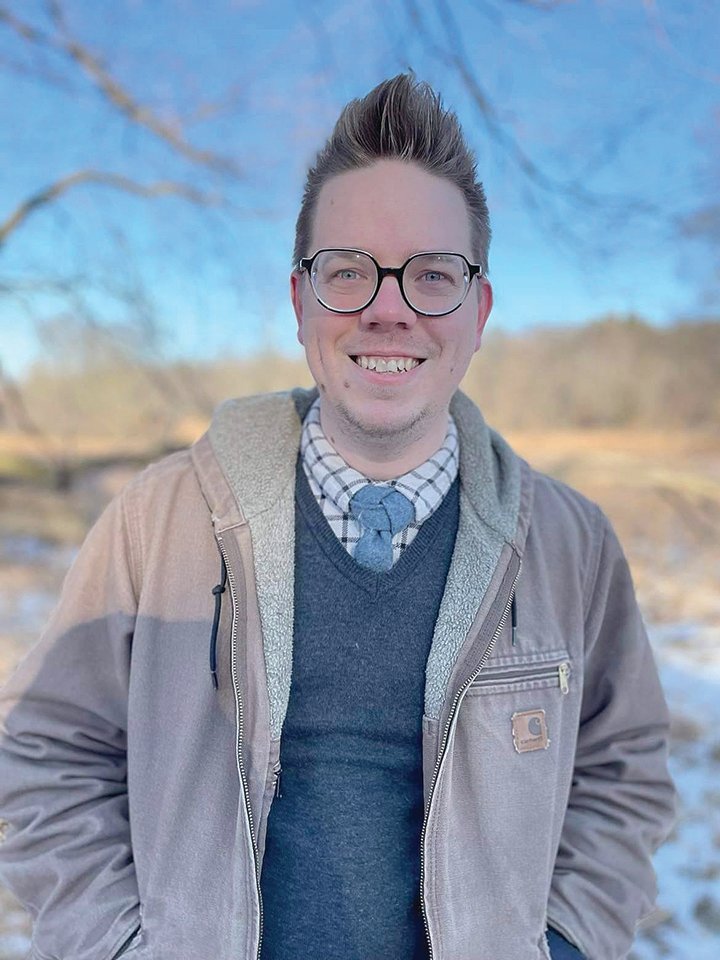 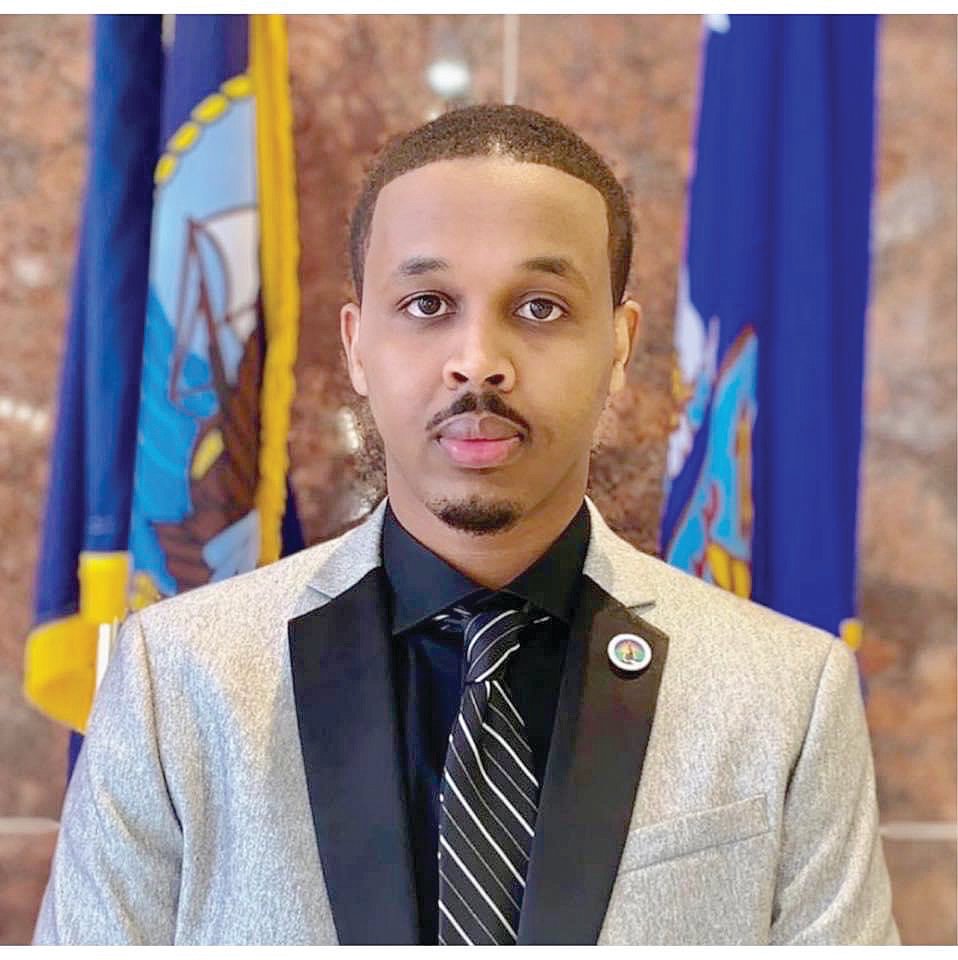 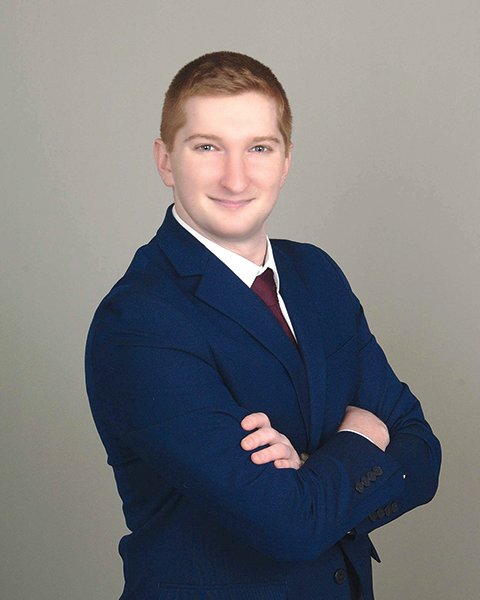 Eleven people have applied to serve as the appointed replacement for disgraced First Ward Lansing City Councilman Brandon Betz, who resigned about halfway through his term this month to focus on “personal relationships and health.”

Each applicant will be interviewed by the Council on Monday (Jan. 31), when the Council will settle on three to be interviewed the next day, after which the Council will choose. The winner needs four votes, since the Council is temporarily down to seven members. Betz’ replacement will serve through Dec. 31; a special election in November will determine who will fill the final year of Betz’ four-year term, which expires on Dec. 31, 2023.

Here’s a look at the candidates:

Brown, 23, labels himself a “serial entrepreneur” with investments in several local businesses, including Lansing Mobile Detail and Rogue Strategy Group. As a “disruptor” at Rogue Strategy Group, Brown said that he primarily lobbies for the cannabis industry. His consulting firm is managed by Scott Hagerstrom, a GOP operative who helped run Donald Trump’s presidential campaign in 2016 and has faced sanctions for pushing election conspiracies.

As the co-founder of the local “Decriminalize Nature” chapter, Brown said that he’s also heavily involved in the growing statewide movement to legalize entheogenic plants and psychedelic mushrooms. Brown served as the campaign manager for former East Lansing Mayor Aaron Stephens. He also led a fledgling recall effort against Betz alongside Hagerstrom and attorney Elizabeth Abdnour.

A 12-year Lansing resident, he graduated from Eastern High School and studied economics at Lansing Community College. He interned in the City Clerk’s Office.

“I like to bring people together,” Brown said. “I like to have conversations. I’m a businessman, so I like to listen and come up with useful and bold solutions to solve problems.”

Cavanagh, 33, who bills herself as a “nationally renowned expert in juvenile justice,” is an assistant professor and associate director at Michigan State University’s School of Criminal Justice, where she focuses on parent-child relationships and the criminal justice system. She’s an adviser for the family division of Ingham County’s 30th Circuit Court, a volunteer-in-training for CASA for Kids Inc. and vice president of the nonprofit Steiner Chorale in East Lansing.

A Lansing resident for six years, she has a Ph.D. in developmental psychology from University of California Irvine. She is a volunteer election worker and a feline foster mom through the county animal control office.

“I come from a family of public servants and I have always wanted to continue that generational legacy through service to the Lansing community,” she said. “I really see myself as a community-minded person and as a public servant. I see the City Council as a natural marriage to my volunteerism and career expertise.”

Daniels, 35, is a U.S. Army veteran, a Purple Heart recipient and the founder and head trainer of Empower Lansing, a boxing and fitness studio. He is on the Parks Board; the Lansing Regional Chamber of Commerce included him on its “10 Over the Next Ten” list.

Daniels grew up in the Churchill Downs neighborhood. He studied at Lansing Community College and the American Academy of Personal Training.

“I work every day with all different kinds of people. One thing I always notice is that people never seem to feel heard. One of the biggest issues is that we’ve all stopped listening to each other and just want to argue,” he said.

Dowd, 39, is an associate director at the Community Economic Development Association of Michigan, the interim executive director of the Old Town Commercial Association and a board member of Suits and the City in Lansing.

Dowd has lived in Lansing for seven years, the last 18 months in the First Ward. He has degrees in business management and human resources from Colorado Technical University and worked in banking for about 15 years.

“There’s a need for strong representation on the Council in Old Town, on the north side and the rest of the ward,” he said. “In some cases, there has been a lack of collaboration and communication with the Council, and I think I have the ability to step in and be a strong advocate and a voice for the ward.”

Jones, 66, is a lifelong resident of Lansing who retired in 2015 after working for about 25 years as a supervisor for the state Treasury Department. She has been president of the Potter-Walsh Neighborhood Association since 2016 and regularly volunteers for the Retired & Senior Volunteer Program of Lansing, or RSVP, a nonprofit run by Council Vice President Carol Wood.

An Eastern grad, after retirement he earned a bachelor’s in ministry leadership from Cornerstone University.

“We really haven’t had the right representation in the First Ward,” Jones said. “I’m very community oriented. I love people. My real goal is to meet community needs and see people be successful — no matter their income, background or status.”

Klahn, 25, grew up in the First Ward and graduated from Eastern. He’s unemployed, but most recently worked for the Boone and Crockett Club, a wildlife conservation nonprofit in Minnesota.

Klahn said he will withdraw his application if a “more qualified” candidate applies.

Kost, 34, is a central control operator for the state Department of Technology, Management and Budget. He is secretary of the Eastside Neighborhood Organization and vice president of Foster Your Neighborhood.

Kost grew up in Lansing, moved to Dewitt and came back about a decade ago. He briefly attended Central Michigan University. He also made headlines last year for putting in hundreds of hours cleaning up roadside trash in the First Ward.

“My roots run deep in Lansing,” he said. “My leadership style has always been about listening. I’m also a big collaborator. I would work with my colleagues to better the lives of the people in the First Ward.”

Top priorities: Ensure residents are involved — or at least notified — when decisions are made affecting their lives; engage directly with residents to decide which way to vote; listen to residents.

Lopez, 68, is a lifelong resident of the First Ward who retired last year after 44 years at the Lansing School District as an instructional assistant, lunchroom supervisor and gym teacher, among other positions.

He graduated from Eastern and has volunteered for many after-school events and the Special Olympics Michigan.

“I was never interested in politics, but with all the issues going on right now, I think I can do some good,” he said. “Lansing’s north side has been neglected. There just seems to be a lot of stuff that’s not being done, and I want to help.”

Schneider, 35, is a senior organizer for For Our Future, a left-leaning advocacy group designed to “lift up the voices of people and grassroots organizations to drive real change.” He also volunteers for local community garden projects.

Schneider, who graduated from Haslett High School, has lived in Lansing for 12 years. He studied computer science, electrical engineering, psychology and theology for seven years at Spring Arbor University. He has also worked for Outer Graphics, Liquid Web and Neogen.

“I want to make sure that we’re all working together to build a stronger and better Lansing by building on the progress that we’ve already made,” he said. “I don’t think that the Council is broken and needs to be fixed. I don’t have magic solutions. I’m just excited about keeping the city moving in a positive direction.”

Schneider said he was reluctant to outline any more specific priorities, in part because he’s unfamiliar with the Council and because he simply wants to help ensure the First Ward is “adequately represented” throughout the rest of the year.

Sheikh-Omar, 27, is an instructional assistant and substitute teacher for the Lansing School District and a political science student at LCC. He bills himself as a “community activist” with strong ties to several local nonprofit organizations, including the Village Lansing and The Fledge.

Sheikh-Omar, an Eastern grad, has lived in Lansing for 16 years. He’s the only applicant who ran against Betz in 2019. He was fourth last year in the mayoral primary. Much of his campaign centered on public safety reforms.

“The biggest challenge facing the First Ward is a lack of visionary leadership,” he said. “I will work hard to focus on all aspects of community life, including health, crime prevention, business development, family stability and housing. I want to help in regaining trust with residents. Without trust, there can be no progress.”

Walters, 22, is a departmental technician for the state Health and Human Services Department who focuses on Medicaid waste, fraud and abuse.

He moved from Lapeer to Lansing in 2019 when he transferred to Michigan State University to finish his bachelor’s in geography. He has volunteered at Constellation Cat Cafe and as a poll worker in Meridian Township elections.