Delving into the brain, identity and Einstein 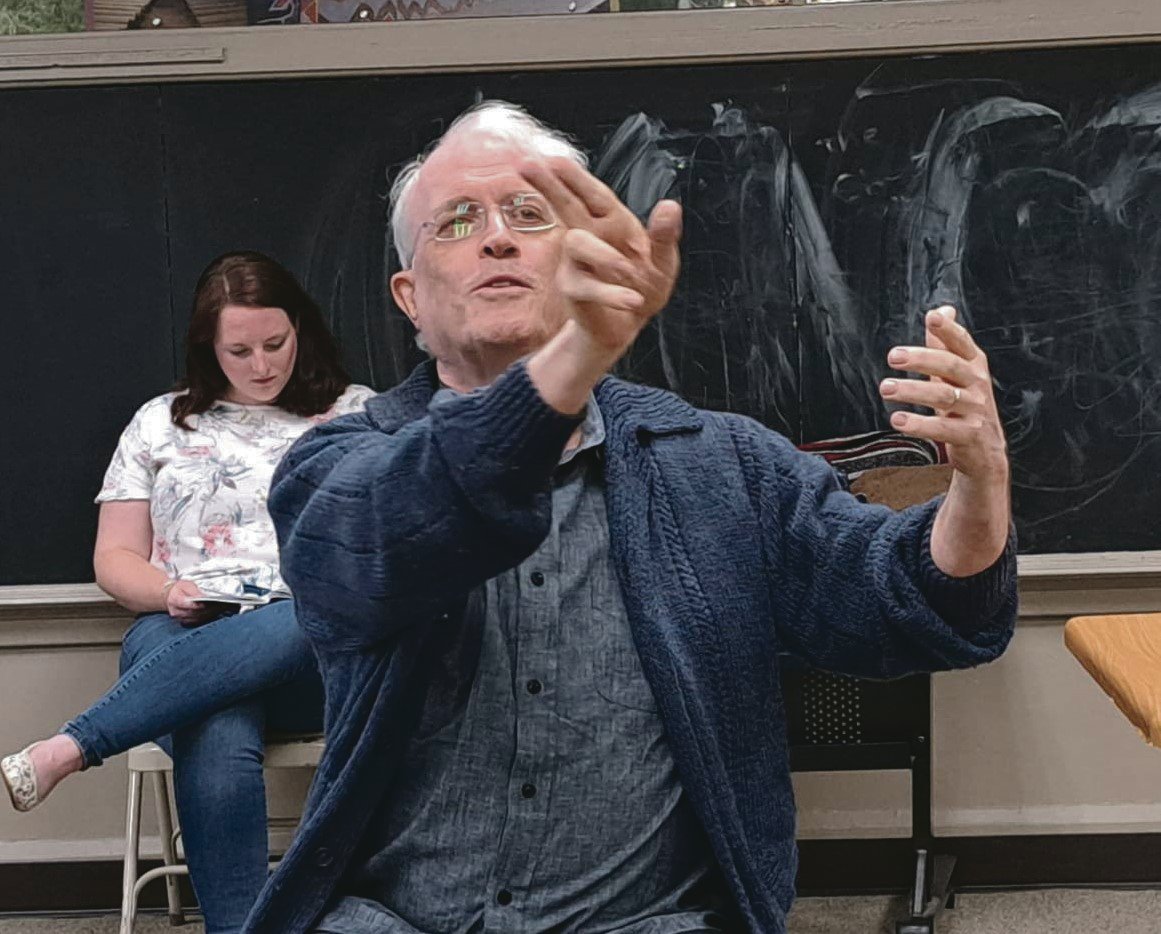 Sitting in the former American Eagle storefront in the Lansing Mall, waiting for “Incognito” by Nick Payne to open, the store’s former security light (which never turns off) quietly hummed a ghost of retail past — offering an apt metaphor for the themes of the show overall.

Under the direction of Heath Sartorius, Ixion Ensemble Theatre has tapped a talented cast to handle this complicated show. While there are stumbles, the production resonates in the mind for hours after.

Doak Bloss capably handles a series of characters, including the pathologist who took Einstein’s brain during his autopsy. His pathological focus on unlocking the famed physicist’s genius is endearing, innocent and heartbreaking.

Gini Larson, who depicts a recently out-of-the-closet neuroscientist, handles a second storyline. Her role, particularly in the scenes with Kate Clark as her potential partner, is filled with anticipation, anxiety and constrained desires nearly exploding from her body and her eyes. Countering that persona, as she talks with her patient Albert (aptly handled by Bloss), she’s analytically cool.

Edward Heldt, who plays multiple roles, explores humanity, frustration and isolation as a man who's lost the capacity to remember anything beyond a few minutes. In a post-pandemic era, it will resonate with anyone who spent time alone while days melded into each other.

Kate Clark connects many stories, playing counter to Heldt as his newlywed wife as Larson’s potential girlfriend with a school girl’s eagerness and naivete propels her character arc beautifully.

Combined, the four actors play 21 different characters, each bouncing off the surface to drive a narrative while deeply connecting as a pivotal person. The characters are identified by one simple item of clothing or an accessory: a corduroy cap, a leather cap, a jacket, a clipboard or a purse. With just one simple item, the actors transform on stage, shifting accents, identity and story with near seamless action.

Sartorius generally does an admirable job handling this free-flowing melding of characters and stories, but the staging sometimes has minor traffic jams. And transitions took longer than they should with the simplicity of the staging, the set and the costume requirements.

The stage is sparse, with just three coat racks, some chairs and a rolling table. Lighting is also as expected with a company on the move. Sound is produced from backstage and can be difficult to hear from the back — as can some of the actors. A small structural beam over the mid-stage can often capture the voices and sounds, muting them. For those with hearing issues, grabbing a seat near the front is recommended.

In the end, however, the simplicity of all the technical production factors puts focus on the stories, characters and ideas rather than detracting from them.

Those concepts resonate long after the house lights pop back on. One is left contemplating the nature of time, memory, genius, and identity. What makes us, US? You won’t find one answer in “Incognito,” but you will find an intellectually and emotionally satisfying production that leaves you asking those questions. Like that humming security light, the characters’ voices will challenge and question you. And that is ultimately part of the human condition that humanity has sought since time began: who are we, and why are we?