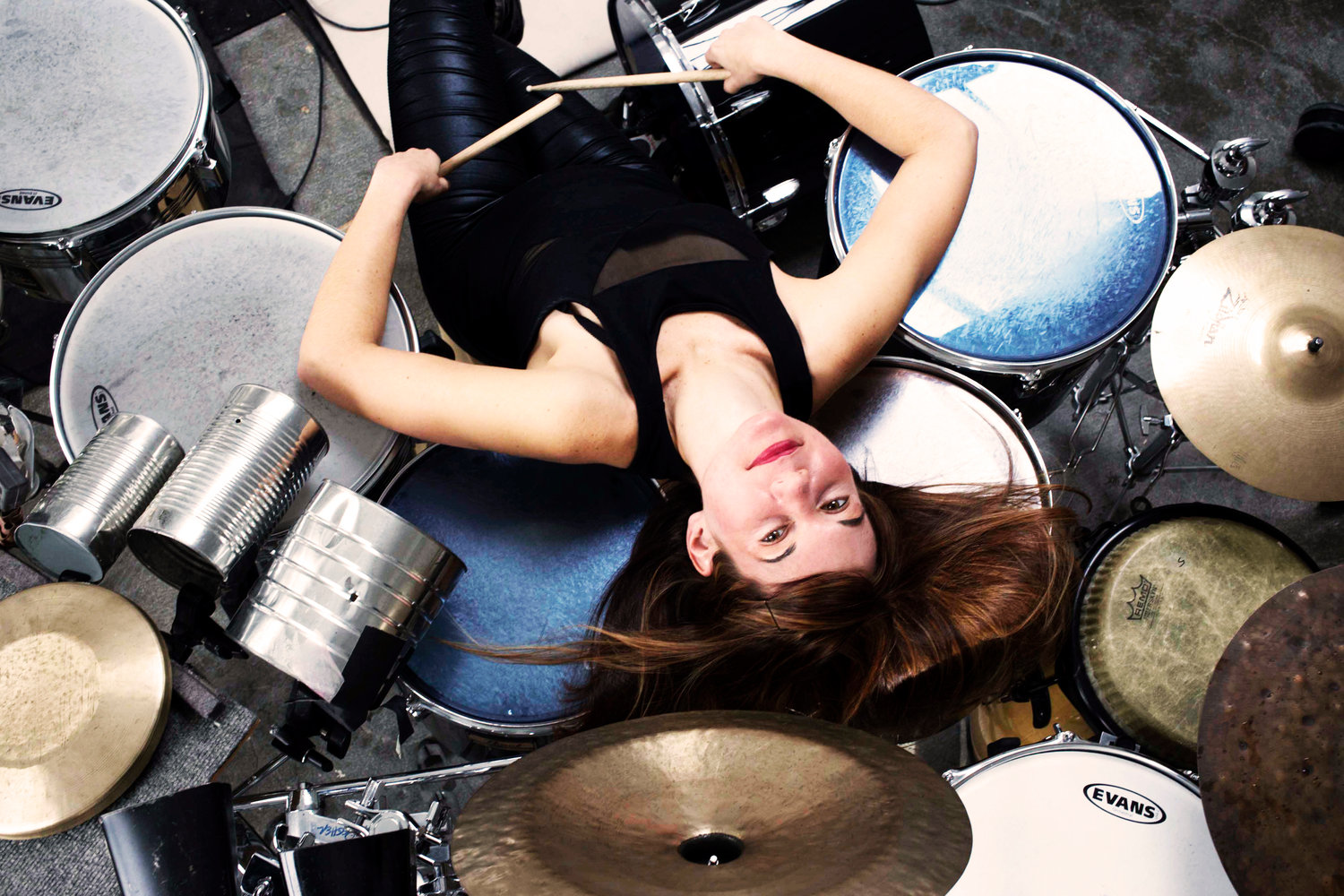 The Lansing Symphony and guest percussionist Lisa Pegher created something new in the orchestra’s season finale Friday. The world premiere of “Northern Nights,” an ambitious electro acoustic percussion concerto by Ann Arbor composer Paul Dooley, was a seamless fusion of natural and synthetic sounds, a sensuous clinch of skin and circuitry. It was also a rare combination of pretty sounds and profound resonance, a premiere to be proud of.

It helps to know that the concerto was inspired by a festival of electronic dance music amid the California redwoods, giving the music a meaty theme: technology’s subtle saturation of the natural world.

Another towering but threatened survivor of a bygone epoch, the symphony orchestra, played the role of the primeval forest. Talk about inspired casting! Familiar-sounding orchestral chords thrust through a matrix of electronic oscillations like ancient tree trunks. Soft, lush masses of sound from the string section swayed overhead like a dark canopy of foliage.

As lightly as a bird slipping from a crack in a tree, Pegher heralded a new age by tapping out wispy spasms of rhythm on vibraphone, answered by a flutter-tongue echo on the flute.

The elusive musical pattern undulated like a mayfly through the haze, coming from all directions, in more and more distorted form. The flute played it straight a few times, but Pegher answered in treebark-textured, bird-squawky versions of the same call, using pre-recorded synthesized snippets of sound, until the mayfly evolved into an phantom of flitting glurnks, bleebs and zaps.

What has been unleashed here? A bassoon solo signaled the start of a gathering storm, complete with sound clips of thunder and rain. Pegher moved from the vibraphone to the set of toms at her left and batted out a series of areyou-there signals, toggling from the tokkatokka of skin on skin to finely-tuned zittzazattzas from the electronic ether.

The dialogue between electronic and acoustic music was woven so tightly there was no hint of cheesiness or novelty for novelty’s sake. It was goose bump time when the orchestra roused itself fully and joined the roiling vortex, as if the tree gods had taken notice and were not altogether comfortable with the disturbance in their midst.

Most thoughtful composers, Dooley included, must have thought twice at the hubris of painting the lily by sending blips and laser lights into the primeval forest at an electronic music festival.

The third movement gave a resounding answer to that objection: But it’s so beautiful!

A mighty press roll on the snare drum ushered in the inevitable storm, and the apotheosis of Lisa Pegher — a wild throwdown pitting full-tilt rock-and-roll drums against muscle-flexing symphonic fury. The half-friendly, half-angry confrontation sucked the breath out of me and made the lady next to me say, “Oh my God.” The intricacy, craftsmanship, power and audacity of the climax was overwhelming.

Just before the end, Pegher tripled her speed, switching between metallic and wood-grained timbres as she thrummed like mad. She seemed to be poised on the event horizon of a black hole, accelerating toward a singularity from which there was no return, but the orchestra stayed with her in perfect synch.

Everyone went nuts and jumped to their feet in an instant standing ovation. Pegher and Muffitt reprised the last couple of minutes, savoring the birth of a cyborg that can only happen once. Getting a new work past its infancy is always a long shot, but I would not be surprised if “Northern Nights” makes its way into the standard repertoire. It’s that beautiful and that meaningful.

In rehearsal, Muffitt saw that the Dooley concerto was going to have a strong effect and considered moving it to the end of the program, thinking that anything else would be an anticlimax. The delicate setup needed for the concerto made a lasthour switch impossible. But the return to all-acoustic music didn’t turn out to be a letdown, for two reasons.

The first reason is that the piece the orchestra played after the intermission, Michael Torke’s “Bright Blue Music,” came from the same general sound world — energetic, cinematic and pretty. It even unfolded to a waltz tempo, which linked it up with the first work on Friday’s program, three exhausting and very loud dances from Smetana’s “The Bartered Bride.” (In one mazurka-averse critic’s opinion, this kind of punishing, polka-packed Bohemiana should have been put to pasture long ago, but the orchestra did play the hell out of it.) Energized, perhaps, by the night’s earlier triumph, the orchestra played as precisely and powerfully as I’ve ever heard them play. The last word of the night, and the season, belonged to Tchaikovsky’s “Romeo and Juliet,” with its doleful Slavic hymns, schmaltzy love theme and whirlwind battles limned in rich, vivid oils by the hometown team.