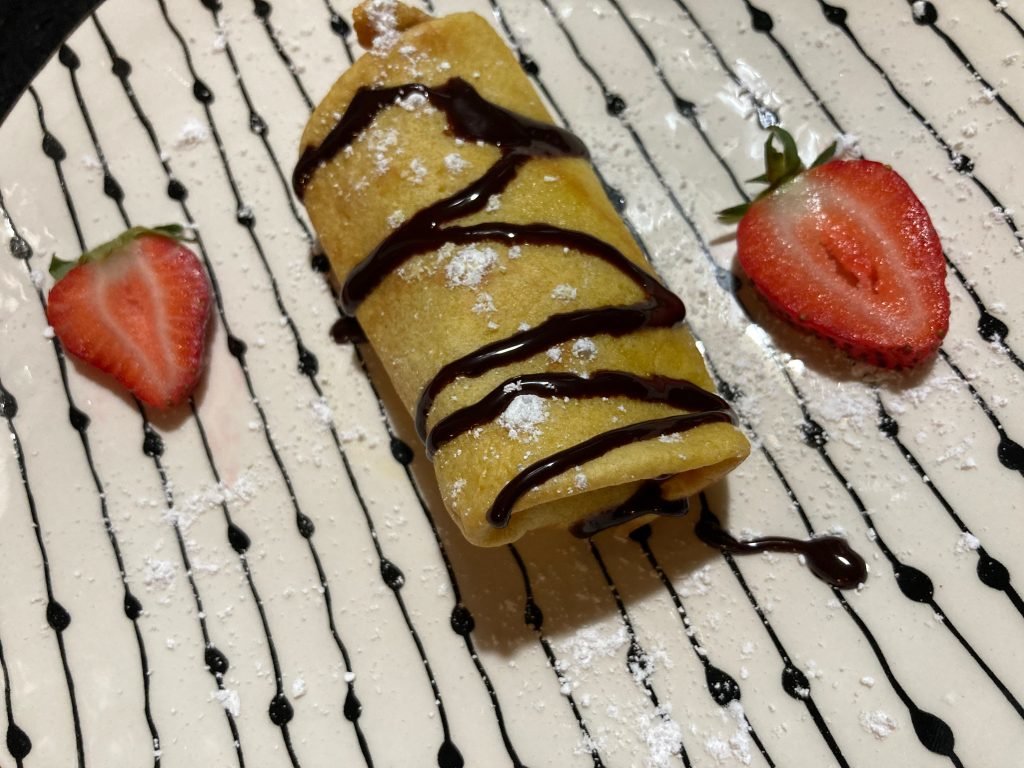 Crepes can be made with a variety of fillings, but it’s best to avoid watery ingredients.
Courtesy 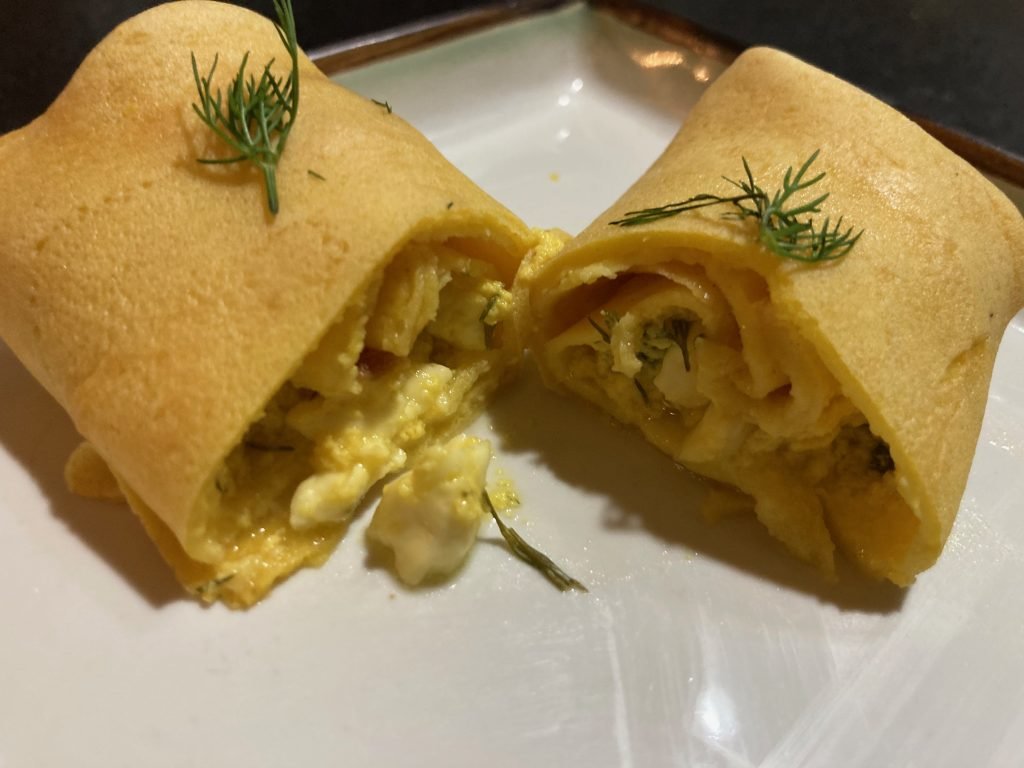 Crepes can be made with a variety of fillings, but it’s best to avoid watery ingredients.
Courtesy
Posted Thursday, April 28, 2022 12:00 am
ARI LeVAUX

Our story ends in front of a pile of Ukrainian crepes. Some are flavored with savory herbs and cottage cheese, and others are filled with strawberries, vanilla and sweet cheese. These crepes, called nalysnyky (gnaw-lees-nike), make the perfect Mother’s Day meal.

But first, some thoughts on the evolution of Mother’s Day.

It began as a memorial to the peace activist Ann Reeves Jarvis. During the Civil War era, Jarvis had run “Mother’s Day Work Clubs” in West Virginia, where she and other women worked to improve sanitary conditions for children. They declared these camps neutral, and treated both Union and Confederate soldiers. When the war ended, Jarvis organized a reconciliation event with soldiers from both sides. Fellow activist mother Julia Ward Howe proposed a “Mother’s Peace Day” to empower a mother’s sacred right to protect the lives of her boys and the soldiers.

Jarvis’ daughter Anna ultimately organized the holiday in 1905, the year Jarvis died, and ensured it was a celebration for all mothers. The holiday was first celebrated in 1907 in a West Virginia church. By 1914, President Woodrow Wilson declared it as a national holiday. And mom’s surely deserve it.

My mom’s parents came over from Ukraine, where the baked Ukrainian crepes called nalysnyky are a comfort food. They are traditionally filled with cottage cheese and dill, which happens to be my mom’s favorite herb. To her, these dilly crepes deliver a delicious dose of nostalgia. But she is cool with strawberries and chocolate, too. I’ve made them with ham and cheese, which my kids like, and even tried a version filled with fake crab and asparagus. It’s a very forgiving dish. If only life were so forgiving, and peace as easy to make as crepes.

If your mother isn’t a dill lover, I’ve come up with a sweet nalysnyky that’s more in line with a classic Mother’s Day treat. It’s filled with a blend of mascarpone and ricotta cheeses, mixed with chopped strawberries, flavored with vanilla and drizzled in chocolate sauce.

No matter what filling you use, the rest of the technique won’t change. My son likes chopped ham in his dill nalysnyky, and his brother prefers them filled with imitation crab, asparagus and brie. Just be careful of watery ingredients, as they make for a soupy filling.

If your filling contains cottage cheese, the first step is to place the cheese in a colander and let any water drain — then proceed to making crepes.

Add the eggs, salt and milk to a mixing bowl. Mix furiously, with a whisk or electric mixer, until the eggs are thoroughly beaten. Add the flour, ¼ cup at a time, mixing as you add it to avoid lumps, which a real crepe maker would never tolerate.

When the batter is completely smooth and homogenized, heat an omelet pan on medium. Add about a teaspoon of butter and tilt the pan around to spread it evenly. Add a ¼ cup of batter to the buttered pan, quickly making a spiral from the center. Immediately tilt the pan around to fill the gaps and completely cover the bottom of the pan. The window for doing this is very short, as the crepes will quickly cook. It is an art to fill the pan bottom with a perfect circle. Imperfect circles are fine too, because when they are filled and rolled, nobody will notice.

Shake the pan to keep the crepe from sticking. If you’ve used enough batter and it’s a decent pan, it won’t. After about two minutes, the crepe will shrink a little and moisture will start to bubble from the top. It’s about done at that point. Do not flip it. Slide it off the pan and onto a plate. Repeat until the batter is gone and you have 10 crepes.

Mix together the ingredients to your filling of choice. Place a tablespoon of filling near the edge of a crepe. Roll that edge over the filling. Fold and tuck the two ends as you roll the crepe across the plate.

Stack the rolled crepes in a lightly buttered pan, and bake for 20 minutes at 350 degrees. Let them cool to a safe temperature and serve warm.

Is East Lansing’s best Greek restaurant inside a sports bar?

A grand re-opening: A fixture returns to Downtown Lansing

FRIDAY, Aug. 5 — Jon Horford has conceded he lost the Democratic primary for the 77th House District.  “All absentee and in-person votes are up to date and accounted …